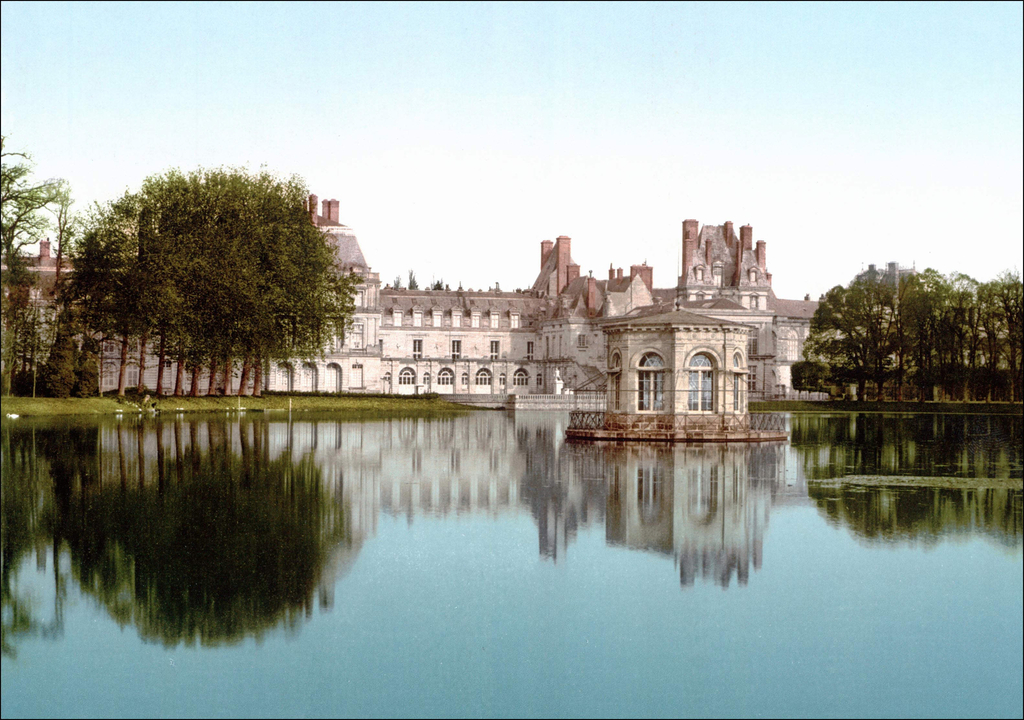 Published by Scarlett Thompson on May 10, 2021 5:15:05 PM
France has extensive roots in the fine arts of sculpture, painting, architecture, film and music. French art consists of a variety of styles and characteristics such as that of Rococo, Neoclassicism, French Impressionism & Post Impressionism, and the early twentieth century movements Cubism and Fauvism. Famous French artists include Rodin Auguste, Gustave Moreau, Claude Monet, Jacques Doucet and Henri Matisse. Two other very significant French artists were Eugène Delacroix and Théodore Géricault - their main works can be admired at the Louvre Museum in Paris.

With more than 3,000 works, including paintings, sculptures and drawings, the Picasso-Museumis, also situated in Paris, is one of the most comprehensive collections dedicated to Picasso, the Spanish master of contemporary art.

The impressive visual aesthetics of French art are reminiscent of France’s culture, scenery and people over the preceding centuries. French art is known to be prestigious. It is held in famed French Museum’s which attract thousands of visitors from across the world, notably Paris. Museums can often be typical of renaissance, medieval architecture or classic townhouses.

For contemporary art, the Centre Pompidou is the go-to address in Paris.

Bridgeman has major links with many renowned French museums. In this article we will take a look at French art’s most prestigious examples including paintings, sculptures and films. We will also outline some of the key galleries we have links to, such as the Château de Fontainebleau, the Bibliotèque Nationale de France and the Musée Gustave Moreau, among a list of others!

For a deeper understanding history of Paris, the Musée Carnavalet holds a huge amount of significant paintings, drawings, prints and photography. The collections of the Palace of Versailles cover a very wide range, illustrating 5 centuries of French history. 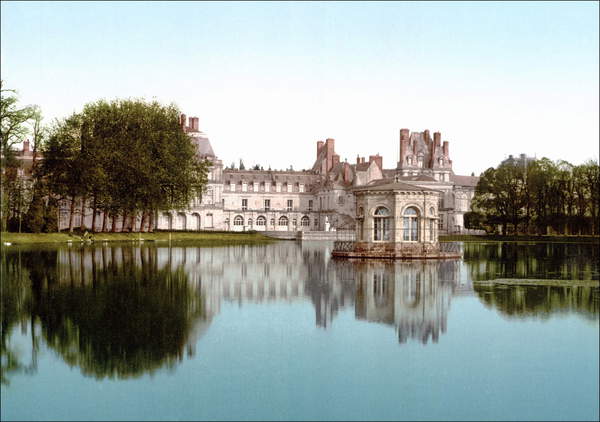 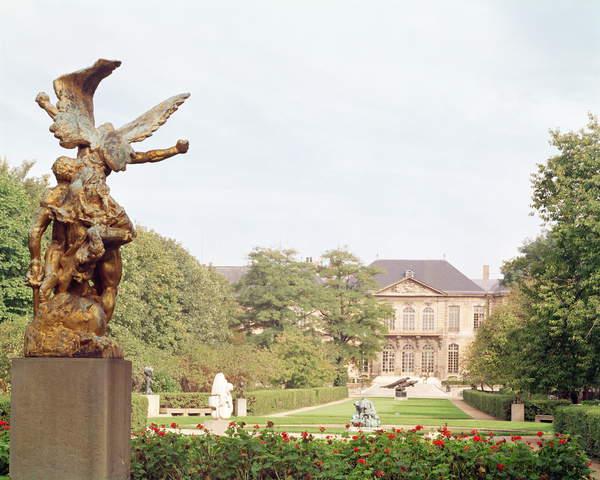 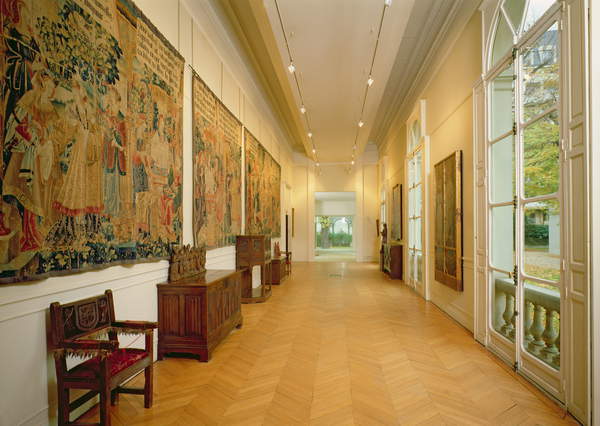 A History of French Museums

French renaissance architecture is a European style of architecture which flourished in the early fifteenth and seventeenth centuries. It’s most distinguishing features are of flawless symmetry and classical order. The Loire valley Château at Amboise is an example of the first type of renaissance architecture in France and is a key model in exemplifying renaissance ideals. Many French museums have adopted this renaissance style of architecture such as the Château de Fontainebleau which is one of the largest French royal château's located southeast of the center of Paris. A ‘château’ is defined as a huge French country house, mansion or castle. The Château de Fontainebleau has a collection of galleries within its complex.

The Château de Fontainebleau has a grand architectural design, composed of a medieval castle and a subsequent palace which have acted as a place of residence for the French monarchs since the times of Louis VII to Napoleon III. 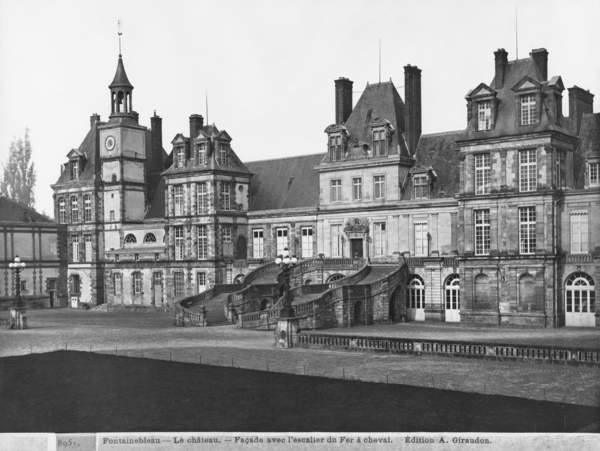 Musée Marmottan Monet, located in Paris, was historically a hunting lodge for the Duke of Valmy, a French general. The lodge was bought by Jules Marmottan in 1882 who resided in it as his main residence and later passed it down to his son Paul Marmottan. Jules Marmottan was a mayor, lawyer and French collector. Jules' son established the Marmottan museum as he collected an abundance of art works, bronzes and furniture throughout his life. The Marmottan Museum originally exhibited works from the First Empire. Through a change of donations throughout the centuries notably from Claude Monet’s second son, the museum was left with a multitude of art works by his father.

Thus the Musée Marmottan Monet is known to hold one of the world’s largest collections by Claude Monet. Impressionist and Post-Impressionist works of art are the common theme for viewers today. Other significant artists within the Marmottan collection include Camille Pissarro, Pierre- Auguste Renoir, Alfred Sisley and Paul Gaugin. 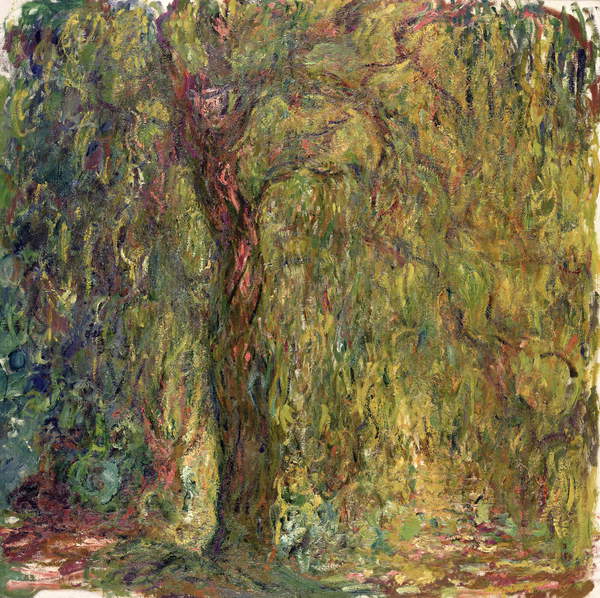 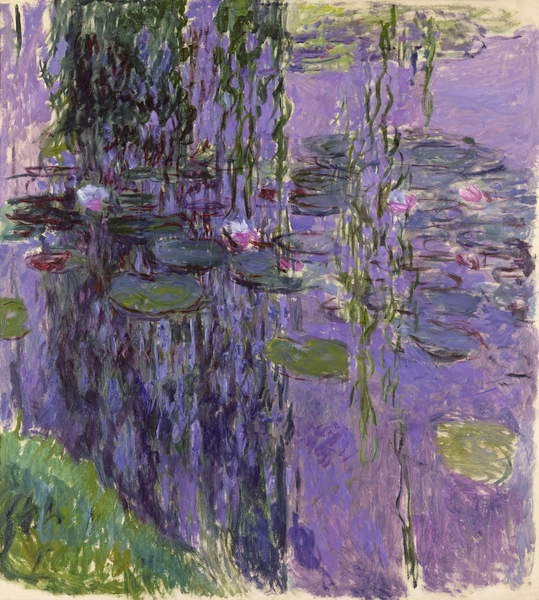 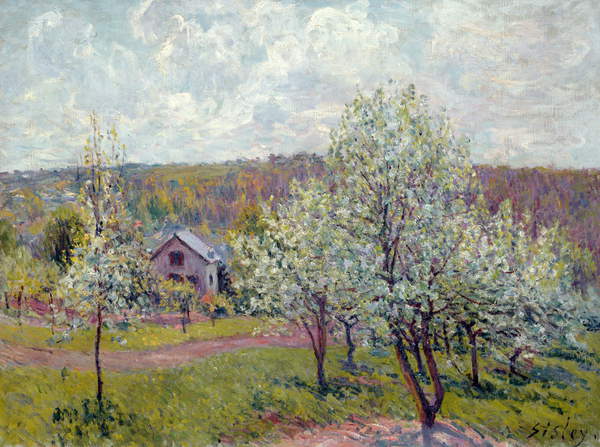 The Musée Gustave Moreau is a museum located within Paris dedicated to the symbolist artist Gustave Moreau. The museum is a nineteenth century studio and Moreau's former home. It has three floor: the first -  Gustave’s prior main living space including his bedroom and dining room. The second floor has a large studio room. The third floor is similar but the rooms are designed in a larger format.

The collection consists mainly of Gustave Moreau’s work, with 1200 paintings, watercolours and pastels attributed to him. The work of his peers also appears amongst the collection. Moreau’s work was a prime example of ‘Symbolism’, a late nineteenth century movement of French, Russian and Belgian origin in the diversity of arts and poetry. Symbolism often has gothic connotations of Impressionism and Romanticism. 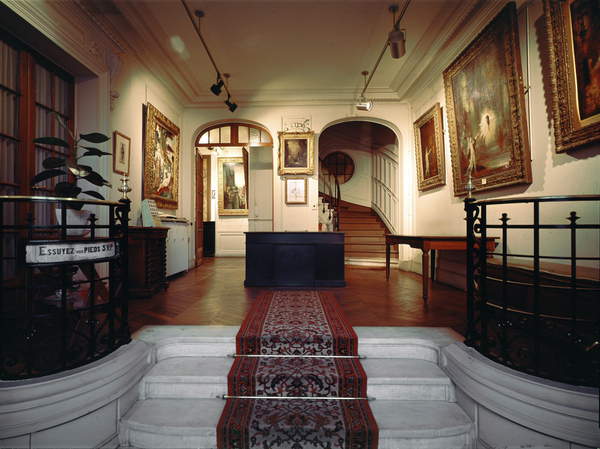 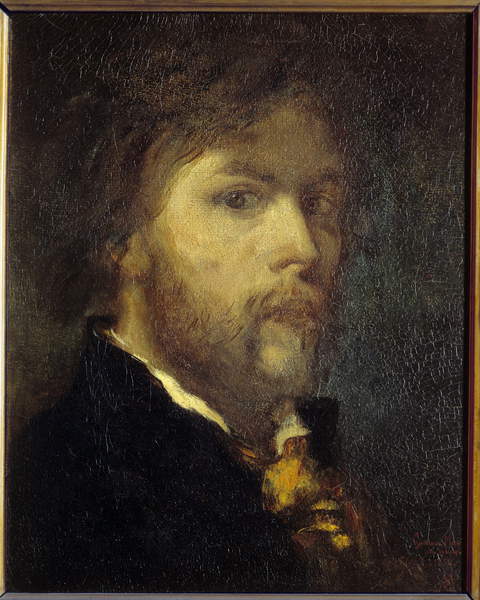 The Bibliothèque Nationale is a grand heritage, public and research library, one of the largest of its kind in the world. It is supervised under France’s ministry of culture. Labelled ‘Bibliothèque Nationale’ in 1795, the library holds an impressive collection which includes memoirs of parish book collections, cultural manuscripts and Napoleon’s acquisitions. These documents are kept preserved and available for public viewing. The Bibliothèque Nationale also founded a digital library, ‘Gallica’, which holds a variety of digital materials including images of drawings, paintings, antique coins, posters, video material.

The image of the Death of Charlemagne below marks an important French precedent as Charlemagne otherwise known as ‘Charles the Great’ was the King of the Lombards from 774, King of the Franks from 768 and the Roman Emperor in the year 800. Charlemagne established the Holy Roman Empire by reconciling many lands during the Dark Ages of Europe. 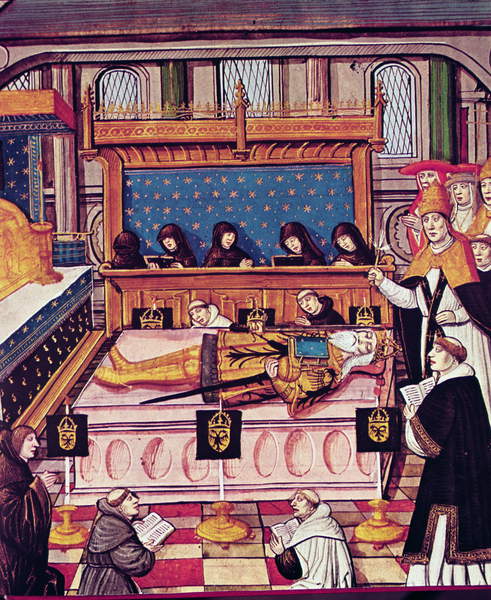 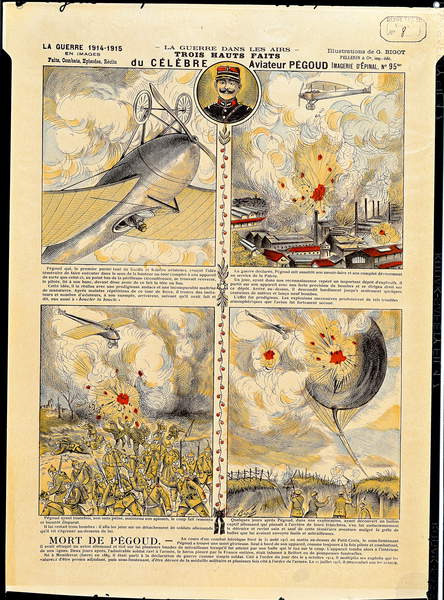 The Bibliothèque Historique de la Ville de Paris is another acclaimed public library which focuses on the history of the city of Paris. The collection has a wide range of French magazines and books. These sources tackle political topics such as the French Revolution, the history of women and interesting French culture that has dramatically changed over the years. This portrait image below shows an example of a historical woman within the Bibliothèque’s collection. The woman is called Louise Charlin Perrin Labé, a renaissance, feminist French poet who encouraged women to write. Her poems are passionate in the theme of love. 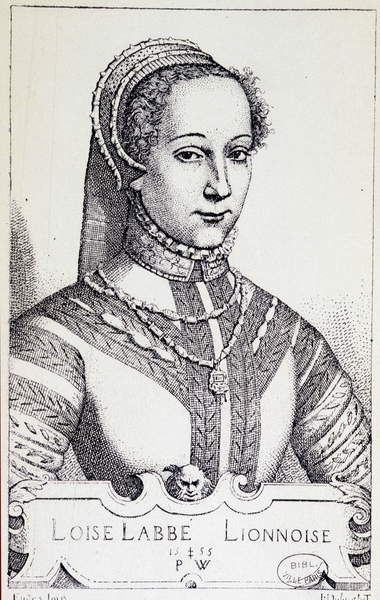 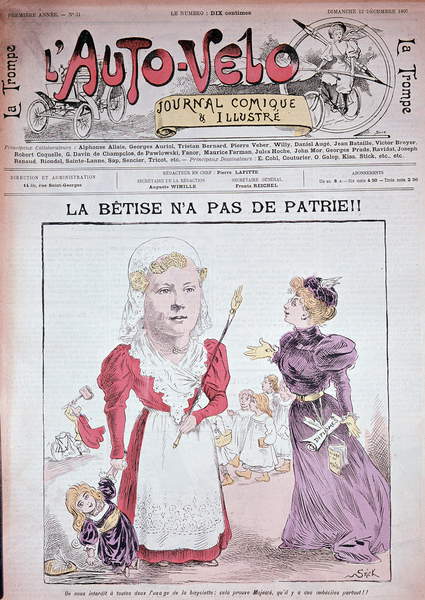 The movement began in the 1800s and was focused mainly on artists working in Paris. French Impressionism was a style whereby artists would paint in their outside surroundings, otherwise known as ‘plein air’. The movement was named after a title of one of Monet’s paintings ‘Impression soleil levant’, translating to ‘Impression, Sunrise.’ Characterized by short dabs of colour across the canvas. Claude Monet was committed to documenting the unparalleled beauty of the French countryside. In this painting below, Field of Yellow Irises at Giverny, bright streaks of light are depicted by yellow lines of paint that resemble flowers. Colours in this painting are beautifully harmonized, blues contrast against yellows, making the composition appear even brighter. The clouds in the sky have a gentle appearance and the brush strokes are painted in different directions, forming a sense of wind breezing across the landscape.

When it comes to Impressionist works, the Musée d’Orsay offers an impressive collection of artworks as well.

Post - Impressionism emerged as a movement that sought against the conventional depiction of forms and light in Impressionist works. The style aimed to focus on the expression of emotion. Paul Cezanne was one of the most influential post - impressionist painters to have lived. Amongst The Musée de l'Orangerie’s collection, there are spectacular examples of Cezanne’s work. The forms in Cezanne’s work are not pictorially accurate. Forms disintegrate as your eyes look closely at the surface of the canvas. 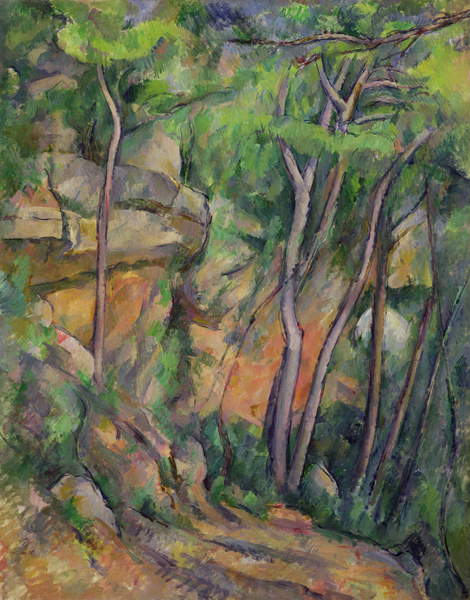 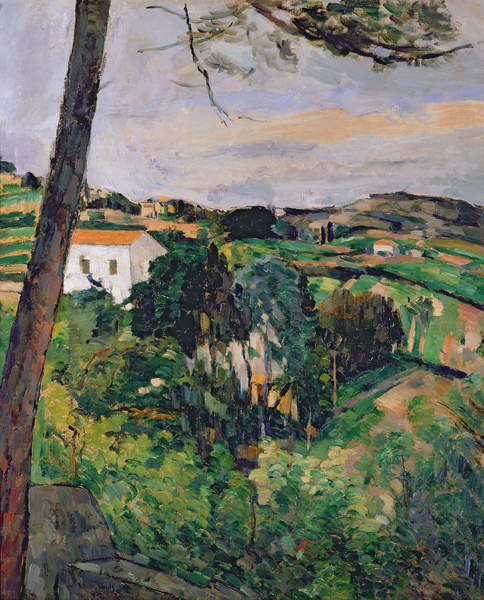 French fashion designer and art collector, Jacques Doucet worked in the city of Paris, France during the late nineteenth and early twentieth centuries. Doucet’s art collections ranged from the avant-garde to 18th century works. Art historians are interested in Doucet's artistic collections and ponder the relationship between him and the works in question. Doucet owned this cover for the exhibition catalogue, ‘Surrealism’ in London. Surrealism was a twentieth century avant-garde movement. Dark in nature as its theories and depictions relate to the idea of the unconscious mind. A focus on dreams and their meanings became symbolic throughout the surrealist style of work, which often produced abstract, sinister imagery. This image below shows a drawing of a classical Greek sculpture with delineated forms among the body. The head seems unrecognizable and rather spooky. 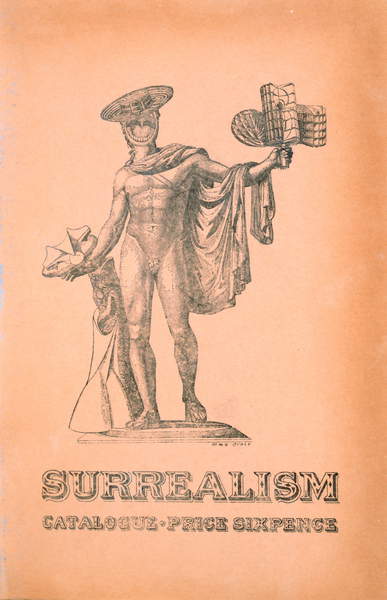 Doucet also owned this signed photograph of Andre Breton. Breton was known for his leading role in surrealism and for publishing the first surrealist manifesto. Breton is pictured amongst co -founders of the surrealist movement and poets Paul Eluard and Benjamin Peret.

Tristan Tzara, was a Romanian/French poet who co-founded the anti establishment Dada movement. Dada was a satirical movement much like surrealism but Dada had added political meaning. As a movement, it rejected logic and reason that stemmed out of capitalist society. It acted as a response to the modern age and was highly critical of it. 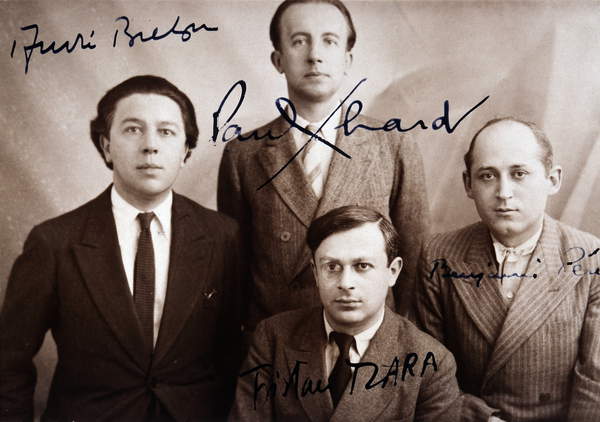 Andre Breton, the prominent leader of surrealism is depicted here as a young man. This black and white photograph shows him to appear exceptionally smart. His gaze is direct and sincere, remarking him as a serious character.

An idea of automatism is key in Breton’s works, this is a theory whereby thoughts and feelings were written down without any reaction from the inner critical self. 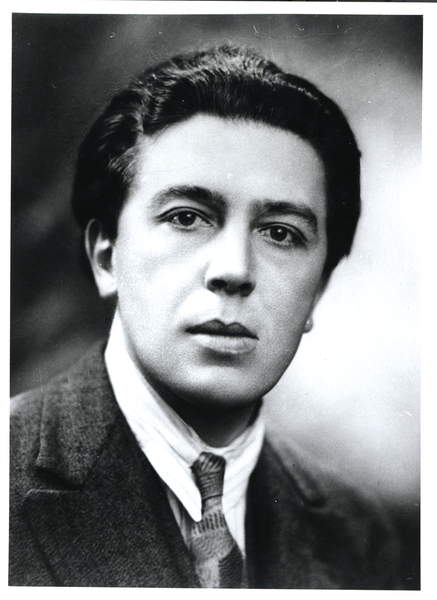 This black and white , interesting posed photograph amongst Doucet’s collection displays an image of Auguste Renoir. Renoir, like Monet, was a leading painter in the Impressionist movement.

Renoir ‘uses the same paint of soft brilliancy, laid on with absolute precision, favoring pinks and ivories, with strong blues as a relief and light so distributed as almost to exclude shadows’ Henry Morrison, Auguste Renoir, Impressionist, Brush and Pencil Vol.17, No.5 (May, 1906), p.198 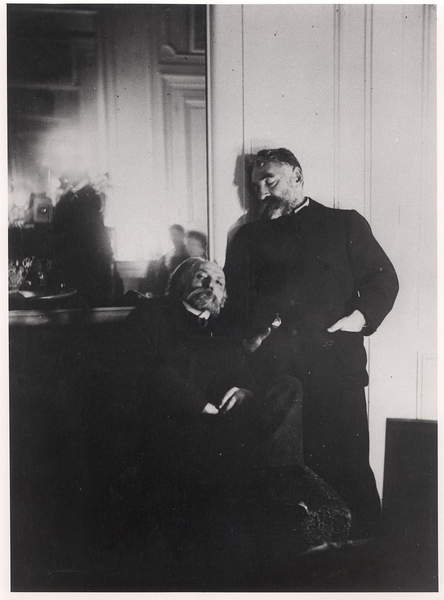 François-Auguste-René Rodin is considered a founder of modern sculpture. Clay was his primary medium, which he used to create distinctive, turbulent textured surfaces amongst his figurative pieces. The Musée Rodin is a museum located in Paris, dedicated to Rodin’s artistic sculptures. The museum is composed of two sites, one in central Paris, ‘the Hotel Biron’ and the other in Rodin's old residence just outside Paris, ‘The Villa des Brillants at Meudon, Hauts de Seine’. 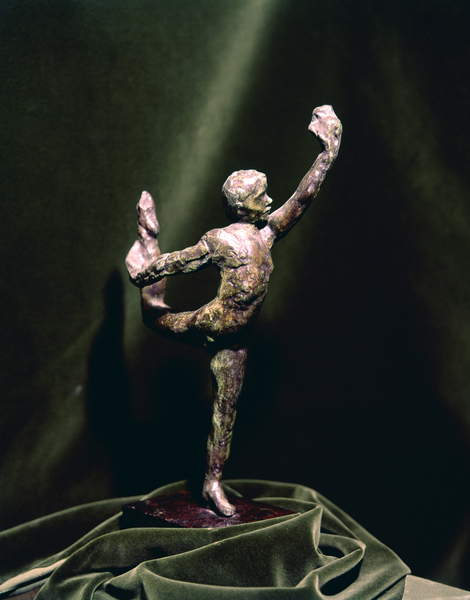 Rodin produced this sculpture, a portrait bust of French politician Étienne Clémentel. Clémentel worked as a member of the National Assembly of France from 1900- 1919. The sculpture is made of clay, cast in bronze and is notably fabulous in its texture. The features of the face produce a sense of lifelike expression. Clémentel appears as an important figure, the look upon his face is contemplative. 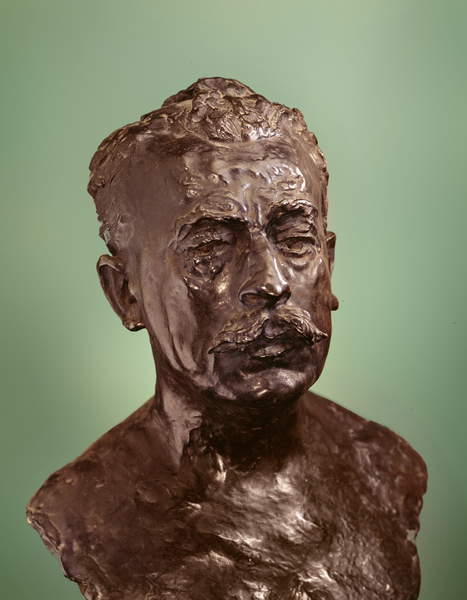 Auguste Rodin also worked with marble, the smooth appearance is a complete opposite to his textured works above. The smoothness reinforces the elegance of the female body. as displayed in Little Fairy of the Water. The white marble presents a purity and a feeling of serenity. Simplistic in carving but complex in the magical soul that sophistically emerges from the sculpture. 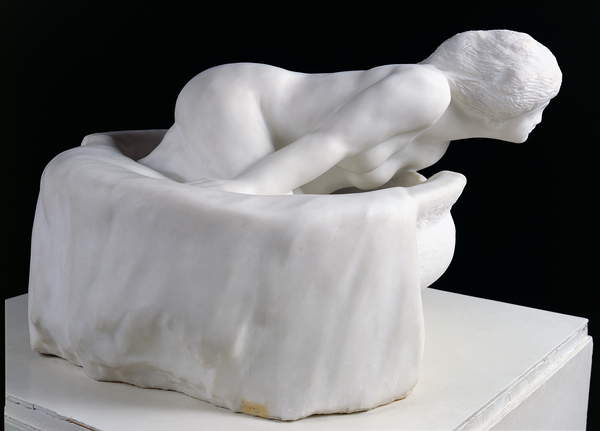 The Kiss by Rodin is a universally renowned sculpture. Intense emotions such as love amongst the characters appear very strong here. This figurative sculptures forms appear exquisitely realistic. Rodin has impressively captured life in the hard cold marble material. 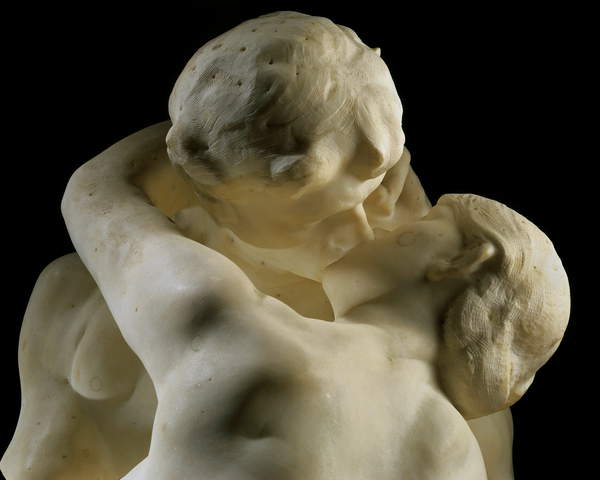 The collections of French museums: the Condé museum at the Domaine de Chantilly
Read More

The Collections of the Palace of Versailles

The collections of the Palace of Versailles
Read More