The Valley of Kings

The Valley of the Kings also known as the Valley of the Gates of the Kings is a valley in Egypt and one of the most popular sites and landmarks to visit. For a period of nearly five hundred years from the 16th to 11th century BC, rock tombs were excavated in the area for powerful nobles and pharaohs of the Egyptian New Kingdom. The valley is located on the west bank of the Nile, within the heart of the Theban Necropolis and opposite Thebes (modern Luxor). Since the eighteenth century, the valley has been a focus of Egyptological and archaeological exploration. Sixty three tombs and chambers are known to be placed within the valley. English archaeologist Howard Carter discovered King Tutankhamun's tomb in the Valley of the Kings in 1922, 100 years ago! The tomb of Tutankhamun was announced a World Heritage Site in 1979 and is now recognized as one of the most famous archaeological sites in the world. In this article we would like you to explore the wonderful images of Egypt and the Valley of Kings in the archive!

‘I inserted the candle and peered in, Lord Carnarvon, Lady Evelyn and Callender standing anxiously beside me to hear the verdict. At first I could see nothing, the hot air escaping from the chamber causing the candle flame to flicker, but presently, as my eyes grew accustomed to the light, details of the room within emerged slowly from the mist, strange animals, statues, gold - everywhere the glint of gold…’ Howard Carter

Miraculous treasures found in King Tutankhamun’s tomb have generated enormous interest in the history of Egypt. These treasures are now on display in the Egyptian Museum in Cairo. Before Tutankhamun's discovery, the valley for the last two centuries has been a major focus for modern Egyptological exploration. Members of French military leader Napoleon’s expedition to Egypt, drew maps and plans of the known tombs in the area.

The Valley of the Kings was explored by Europeans throughout the nineteenth century. The area was visited by prolific Italian explorer Giovanni Belzoni, working for Henry Salt. Belzoni discovered several tombs including the tomb of Pharaoh Ay, the penultimate pharaoh of ancient Egypt’s 18th Dynasty in 1816 and Seti I, the following year. Seti I was also a pharaoh of the New Kingdom and the father of Ramesses II. After Belzoni’s magnificent discoveries he declared that nothing in the valley remained to be found and all of the tombs had been located.

The valley contains hundreds of tombs, some of which are yet to be excavated and others have not yet been found. Tombs were cut into the limestone rock in the valley on the west side of the Nile.  The earliest tombs were found at the top of scree slopes, under storm fed waterfalls. The most complex and largest tomb in the Valley of the Kings is believed to have been built to contain the burial chambers of many of the sons of Ramesses II. Ramesses II was the third pharaoh of the Nineteenth Dynasty of Egypt. This tomb was located in the late 1980s and partially excavated in the 1990s.

‘It clearly proves that the Valley of Kings is still not exhausted. There are probably more tombs to be found in it’ Kent R. Weeks, American Egyptologist.

John Gardner Wilkinson was an English traveler, writer and pioneer who lived in Egypt from 1821 to 1832. Wilkinson copied many of the inscriptions and art work in the tombs open at the time. He assembled a chronology of New Kingdom rulers based on inscriptions in the tombs. Wilkinson also established a system of tomb numbering which has been used with additions ever since!

In the second half of the nineteenth century, Archaeologist Auguste Mariette started to explore the valley with Eugene Lefebure in 1883. Mariette had an Egyptian Antiquities service, he sought to preserve all of the antiquities found within the valley. French Egyptologist Gaston Maspero was reappointed as head of the Egyptian Antiquities Service. Archaeologist Howard Carter was appointed under Maspero as the Chief Inspector of Upper Egypt. Whilst Carter was a young man, he discovered several new tombs. Carter cleared the tomb KV42, the tomb built for Hatshepsut - Meryetre.

English archaeologist Howard Carter was born in Kensington, London on May 9, 1874. Carter discovered the tomb of Tutankhamun in November, 1922. Collections of gold and ebony treasures laid within the tombs chamber. The sarcophagus of Tutankhamun and a range of precious artefacts remained remarkably intact.

‘The news of the discovery spread fast all over the country, and inquisitive enquiries mingled with congratulations from this moment became the daily programme.’ Howard Carter

In the ancient times, the official name for the Valley of the Kings was ‘The Great and Majestic Necropolis of the Millions of Years of the Pharaoh, Life, Strength, Health in the West of Thebes’ or ‘Ta-sekhet-maat’. Tombs of Nobles, Pharaohs and their wives and children are all located with the Valley of Kings. Only twenty of the tombs in the area contain the remains of kings. Read more about Egyptian Pharaos here.

The valley of the kings is situated over expanses of sedimentary rock and 1,000 feet of limestone. Between 35 - 56 million years ago the sedimentary rock was deposited, this occurred during a time when the Mediterranean Sea extended as far south as the Egyptian city, Aswan. The rock in the valley is inconsistent, it ranges from finely grained to coarse stone, with the potential to be structurally unsound.

Many of the tombs found within the Valley of the Kings are decorated with scenes from an important ancient Egyptian funerary text, Amduat (‘That Which is in the Underworld’). The text describes the journey of the sun god through the twelve hours of the night.

Royal tombs were sparsely decorated whereas those of non-royal nature were totally undecorated. Decorations in each tomb are also unique and can directly relate to the specific Ancient Egyptian buried there.

Underground Tombs in the Valley where stocked with all the material goods a royal ruler may need in the next world. ‘They included furniture, clothes (even underwear), and jewelry. It’s curious that we have no books - from Tut at least’ says Salima Ikram, a professor of Egyptology at American University in Cairo and a National Geographic grantee.

Mummification was used to preserve bodies found in the valley. The process involves deliberately drying or embalming flesh. This ensured that the deceased’s eternal soul would be able to restore to life or consciousness in the afterlife.

Kings that were buried in the Valley include: 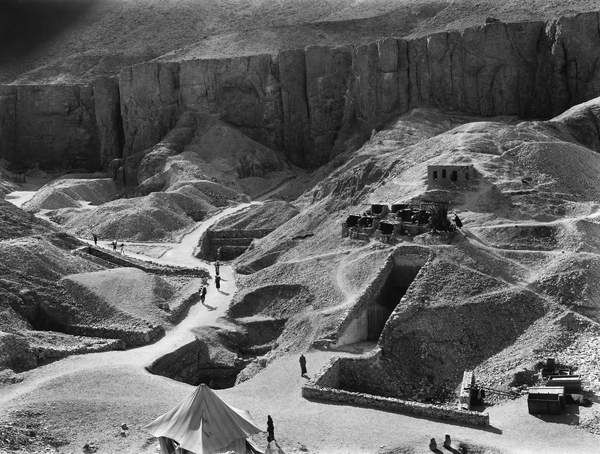 The Valley of Kings has significant 'cultural and natural heritage, considered to be of outstanding value to humanity'. The valley has been preserved due to its adopted World Heritage Status, the valley 'marks a remarkable accomplishment of humanity, and serves as evidence of our intellectual history on the planet'. The valley is also protected as it is a 'great natural beauty'.

‘From the heights of these pyramids, forty centuries look down on us’ Napoleon Bonaparte.

The Valley of Kings makes an appearance in this Egyptian Show reel exclusively represented by Bridgeman Images. High quality HD footage highlights Egypt's historical, cultural and social wonders. Images in this article are brought to life when looked at through the lens of spectacular footage. 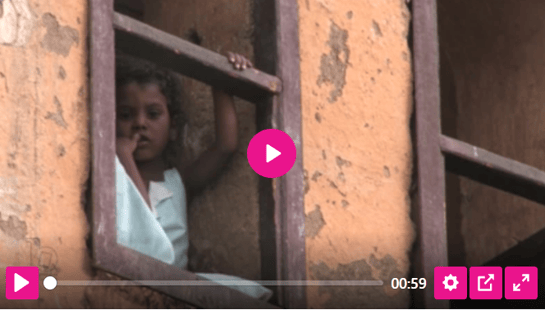 I have chosen this beautiful image of a painting of the West Bank of Thebes to round off the end of this article. The pink valley in the background radiates against the cool blues rippling in the waters below. Two men on donkeys converse whilst the sunlight highlights their white clothing. This image portrays the beauty of Egypt, it’s warmth and the underlying mystery of the past!

Did this pique your interest about Ancient Egypt? See this blog on Ten Interesting Facts on Ancient Egypt or read more on Egyptian Temples here.

Tags: egyptian pyramids, Egypt, The valley of kings
Back to Blog

A series of Egyptian Temples

Egyptian Temples were built for the official worship of the gods and in commemoration of the...
Read More