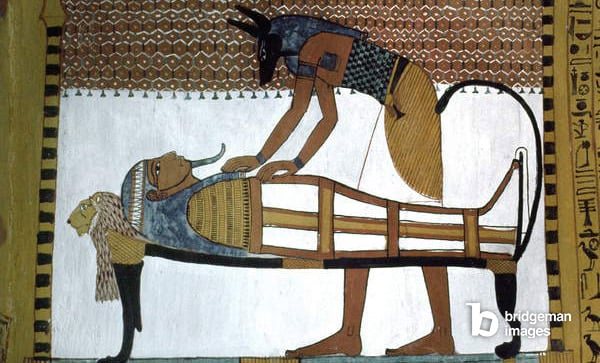 Egypt's history has always been a fascination for many of us. From the mystery of the Sphinx to the art of mummification, lets take a look at some interesting and surprising facts about Ancient Egypt, one of the worlds greatest civilizations!

Egyptian women enjoyed freedom and a wide range of rights!

Women in Ancient Egypt may have appeared socially inferior to men in public, but women were in fact not denied any financial or legal independence. 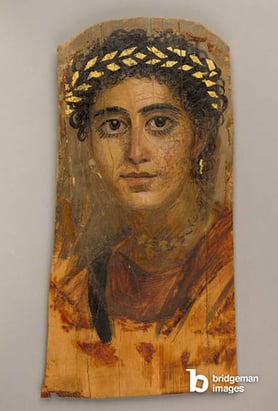 The Egyptians saw animals as incarnations of the Gods!

Hawks, lions, baboons and dogs were animals that were extremely popular among ancient Egyptians. Animals were mummified and buried with their owners after they had died; to accompany and watch over the dead. Many of the gods were depicted in therianthropic forms; part human, part animal. In some cases they were fully animal, like in the sculpture below where Anubis the god of death is represented as a Jackal, a fierce predator. 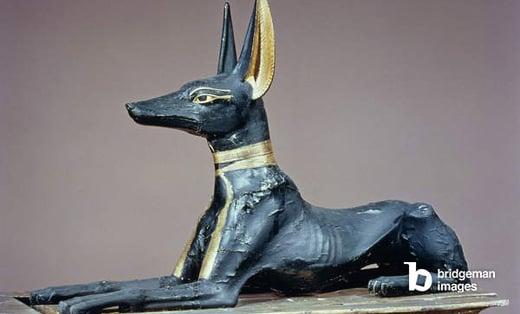 Cleopatra was originally part of a long line of Greek Macedonians

Cleopatra traced her families origins back to Macedonian Greece and Ptolemy I Soter, one of Alexander the Great's generals. Ptolemy ruled Egypt after the death of Alexander in 323 B.C. . 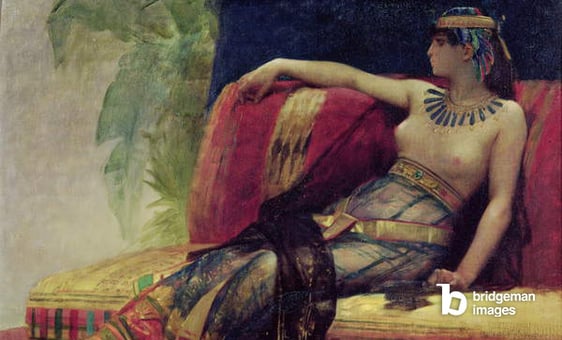 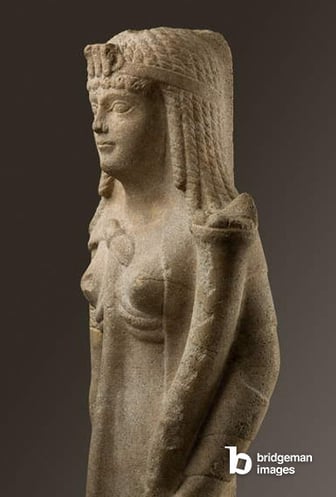 Egyptian Society consisted of a descending hierarchy of the gods, the king, the blessed dead and humanity! 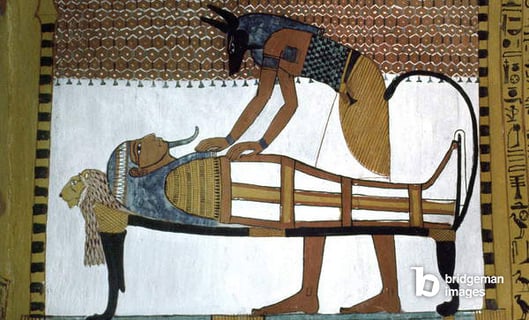 There were two forms of writing in Ancient Egypt, Hieroglyphs and Hieratic Writing

Hieroglyphs were often used for decorative display on monuments/tombs. 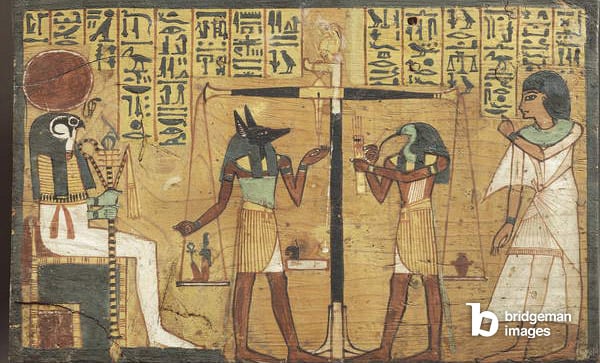 Hieratic script was used from the 1st dynasty until about 200 BCE. Hieratic script is a cursive form of writing. Priests used hieratic writing in the transcription of religious texts for more than several centuries. 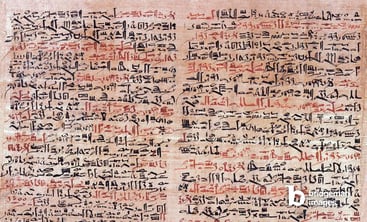 Ancient Egyptians were mathematicians and scientists

The Ancient Egyptians developed ways to measure time and distance. They applied their scientific and mathematical knowledge to the construction of monumental architecture. 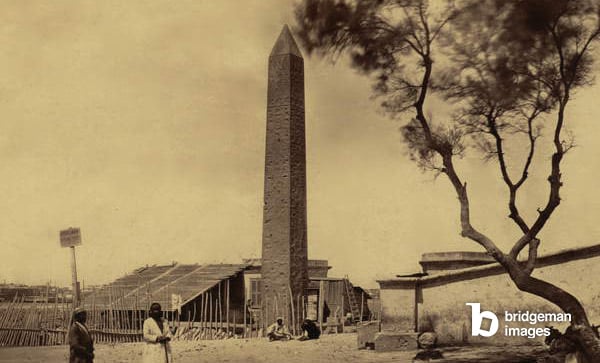 The River Nile was the source of the Ancient Egyptians wealth

Ancient Egyptian cities were located along the River Nile. The Nile was used for irrigation and water grew rich and profitable crops. 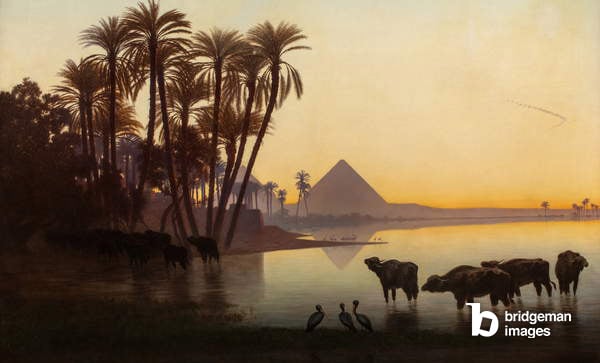 Pharaohs of the Ancient Egyptian people held two remarkable titles, 'Lord of the Two Lands' and 'High Priest of Every Temple'. The gods were represented by the Pharaoh's presence on on Earth. The ruling pharaoh built temples and performed many rituals that honored the gods. 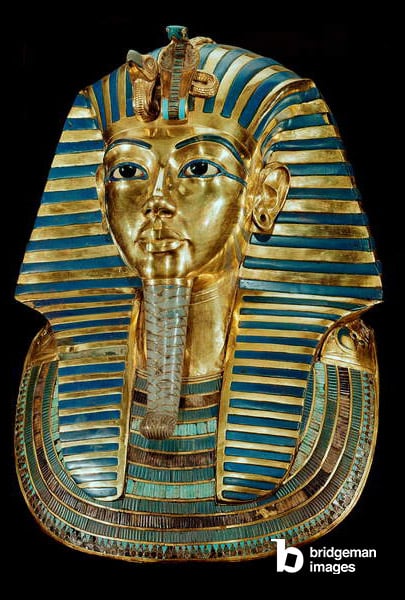 One more thing, the Egyptians were very fond of a few riddles

None was more compelling than the infamous Riddle of the Sphinx- an ancient mythological being comprising of a lion, eagle and woman.

Its riddle was this: 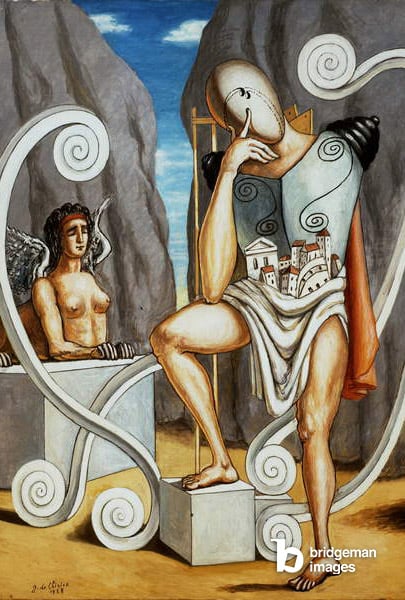 According to legend if the riddle was answered wrong the person would be killed by the Sphinx!

So please, if you dare, answer the riddle in the comments section below.

Read more about Ancient Egypt and the Valley of Kings here.

A brief history of Egyptian Pharaohs

Pharaohs were ancient Egyptian rulers who were both religious leaders and heads of state. Their...
Read More

Egypt’s landscape is a natural wonder. In this article we will take a look at a collection of...
Read More