The gulf between sin and virtue has historically been a treasure trove for artists. Explore the Seven Deadly Sins and browse our selection of images and footage.

Curator, Dr. Joost Joustra, upon theological investigation of the seven deadly sins and their visual depictions in everyday life, has suggested that references to sin blur the boundaries between religious and secular art. Many prominent artists throughout the historical timeline have addressed this balance in their work, resulting in a vast visual range of good versus evil.

A notable example is ‘The Seven Deadly Sins and the Four Last Things', a 14th-century oil painting by Hieronymus Bosch. It illustrates all seven cardinal sins and promotes the traditional Christian notion discouraging sin. This painting reflects the tradition of incorporating imagery of sinful behaviour to encourage a 'pure' Christian lifestyle.

Gluttony - 'Adam and Eve' by Lucas Cranach the Elder 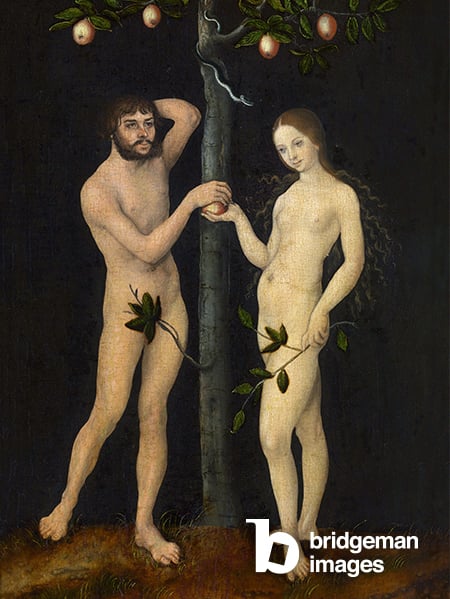 In a religious context, sin is predominantly defined as an act against divine law. Adam and Eve in the Garden of Eden from 'The Book of Genesis' is perhaps the most iconic representation of breaking divine law. Lucas Cranach the Elder’s 15th-century painting, which was previously shown in the ‘Sin’ exhibition at the National Gallery, prominently depicts this scene. The image depicts Eve enticing Adam to take the forbidden fruit and disobey God, illustrating the cardinal sin of gluttony. This artwork also integrates the notion of aesthetic beauty, undercut by a looming foundation of the sin that proceeds the scene.

William Hogarth's artworks stem from his intention to confront society with its sins. ‘Marriage à-la-Mode: 2, The Tête à Tête’, painted around 1743, depicts a young married couple in an ornate setting. The husband clearly has black spots on his neck, indicating that he has syphilis. This allusion roots the artwork within a religious tradition which discourages the deadly sin of lust, warning of physical consequences. Hogarth’s intention was to satirise the behaviour of the upper classes, whilst furthering his moral agenda. 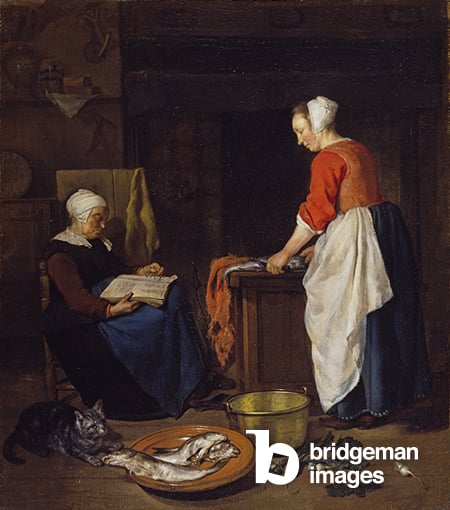 Dutch artist Gabriel Metsu’s ‘An Old Woman Asleep’ (1657-1662), illustrates the cardinal sin of sloth. It depicts an old woman who has fallen asleep while reading The Bible. This imagery creates a direct link between everyday sin and religious negligence. This notion is emphasised by the dark colour palette of the piece. Metsu, however, was said to have had a good-humoured approach to lax morality. This piece takes a more light-hearted approach to representing the seven deadly sins in everyday life.

The sin of wrath is central to the 1633 painting ‘Wrath of Achilles’ by Peter Paul Rubens. Ruben’s crowded scene shows the moment in which Achilles decides to draw his sword against King Agamemnon, foretelling the conflict to come. This is a pivotal moment within the tale from classical history which encapsulates wrath. Christians would have interpreted this piece as a warning against sinful actions. The composition and colour palette of this artwork indicate its place within the Renaissance tradition, which solidifies the sense of discouraging sin. 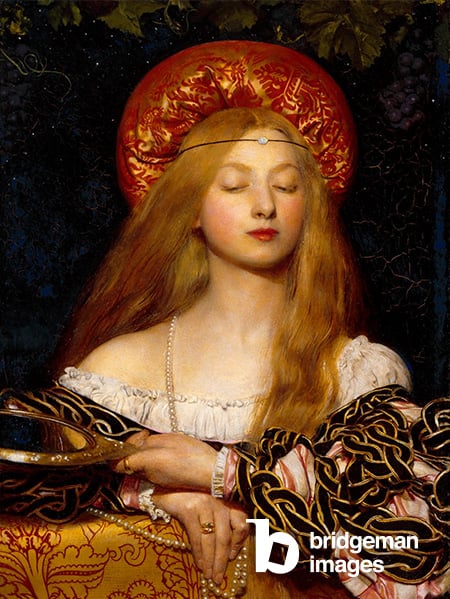 The deadly sin of pride is often illustrated through the lens of vanity. Frank Cadogan Cowper’s 1925 portrait, titled ‘Vanity’, portrays a young woman admiring her reflection in a handheld mirror. The golden toned colour of this painting emphasises her beauty. She is surrounded by grapes, often used in 18th-century art as a symbol of pleasure and desire. This implies that the woman is taking pride and enjoyment in her appearance. The portrait’s external beauty is contrasted by an implication of sinful behaviour, which draws on the idea of the blurry balance between religious and secular art.

The sin of envy has frequently between investigated through the arts. William Dyce’s 1837 painting, ‘Francesca da Rimini’, portrays part of a story about a young woman who has been tricked into a forced marriage with a cruel man named Gianciotto da Rimini. This scene explores Gianciotto’s envy upon seeing his wife with another man. His disembodied hand can be seen creeping into the left side of the frame. Classical religious paintings would often use such imagery of deformities to indicate sinful actions. The motifs of sinful behaviour within this piece are juxtaposed by the incorporation of a picturesque landscape, which features a soft and natural colour palette. 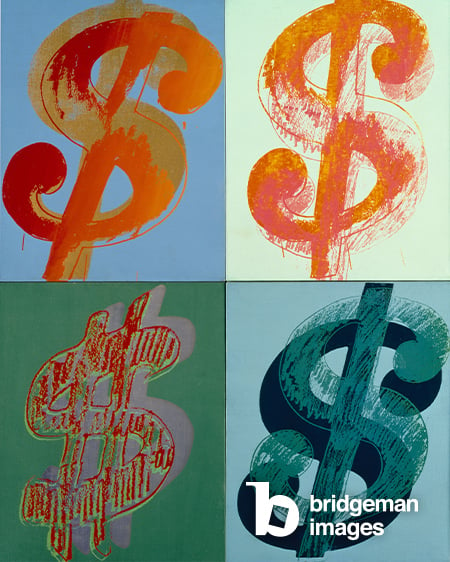 Andy Warhol’s series of silkscreen prints of dollar signs can provide a contemporary perspective on sin. Warhol’s vibrant symbols of desire for wealth draw on the cardinal sin of greed. The iconic pop artist frequently acknowledged his own love of money and his enjoyment of incorporating it into his art. He repeats the dollar sign in different colourways until it becomes somewhat meaningless, arguably conveying that greed is not as sinful as traditional Christian art might insinuate. As society became increasingly secular in the 20th century, allegorical representations of sin became less popular. In a modern context, sin might therefore be associated with an ethical, rather than a religious, struggle. Representations of transgressions against divine law in contemporary art are therefore more elusive.

Incorporating the seven deadly sins within art has significantly developed throughout art history, ranging from promoting Christian teachings to subtly satirising everyday sin in the modern world. Each of these paintings, however, appears to share the intention of blending beautiful art with deadly immorality.

View our Sinful image selection for:

Are you looking to license art, culture, and historical images? Bridgeman Images offers the highest resolution rights managed images for licensing. Please contact us for free image research or to learn more.

One of the most celebrated artists of the 20th century, Lucian Freud, would have been 100 years...
Read More