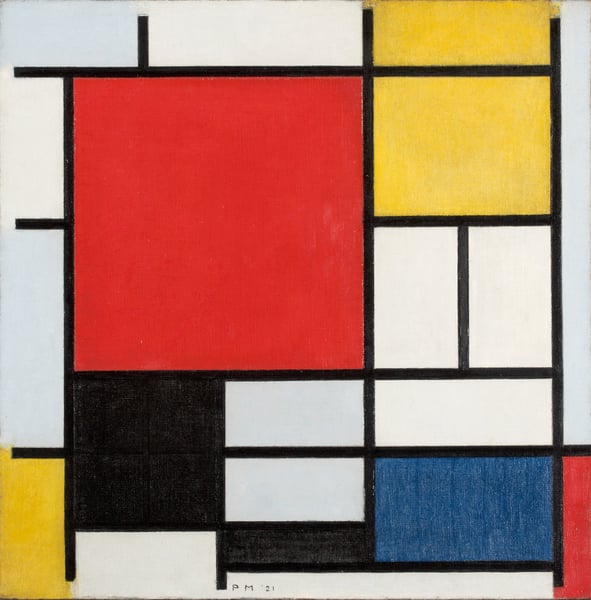 Piet Mondrian - his art and his life

“Holland has produced three great painters - the first was Rembrandt, the second was Van Gogh, and the third is Mondrian.” So said Katherine Dreier, co-founder of New York City’s Society of Independent Artists in 1926. Responsible for organising seminal exhibitions of Modern Art in turn of the century America, her opinion emphasises the importance of Piet Mondrian in the history of Western art. As we approach the 150th anniversary of his birth, we look at Mondrian’s art, his life and his continued influence. 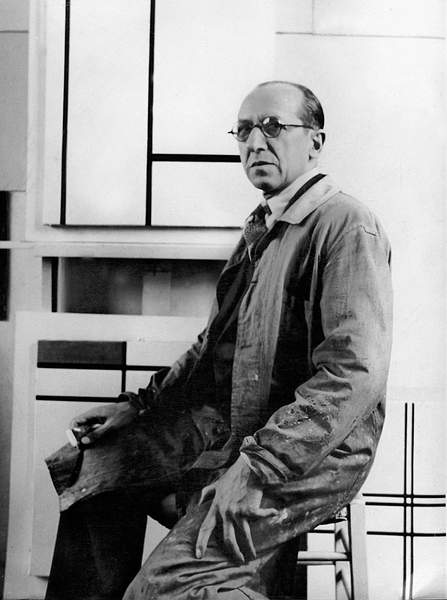 Piet Mondrian’s style is best known for the geometric compositions he pioneered in block colours. Having studied painting at the Amsterdam Academy in the 1890s he initially developed a reputation for painted landscapes in the tradition of the Hague School. As he matured, interested by the theoretical discourse surrounding art that was emerging in Europe, he moved closer to an abstracted Pointillist style.

His engagement with the avant-garde was compounded by encounters with the Cubists in Paris, where he lived between 1912 and 1914. Like them, Mondrian was seeking a new art, one underpinned by a rigorous intellectual framework that would break free from the shackles of tradition and embrace the Modern world.

Today it is often easy to forget that the abstract in art was something thoughtfully considered and purposefully developed. The socio-political context of the time - marked most obviously by rapid industrialisation and the subsequent fallout from the Great War - had firmly bred in contemporary artists and intellectuals the idea that new forms of expression were needed to meet the challenges of a new age. This took shape in different forms. It is manifest in Italian Futurism, English Vorticism, Surrealism and Dadaism to name but a few, but it is perhaps nowhere more obvious than in the movement which emerged in Holland in 1917 called De Stijl.

Conceived as a collaboration between artists, designers, critiques and writers, to which Mondrian belonged, De Stijl championed an aesthetic of pure abstraction and universality through reducing compositions to their most essential elements. In Mondrian’s own words, it should “ignore the particulars of appearance, that is to say, natural form and colour. On the contrary, it should find its expression in the abstraction of form and colour.” This statement was as shocking as it was daring, and initially met with scorn by traditionalists everywhere. Ultimately however, the De Stijl school distinguished themselves by grounding their radicalism in formal purity, while aiming to create visual manifestations of a harmonious cosmos. 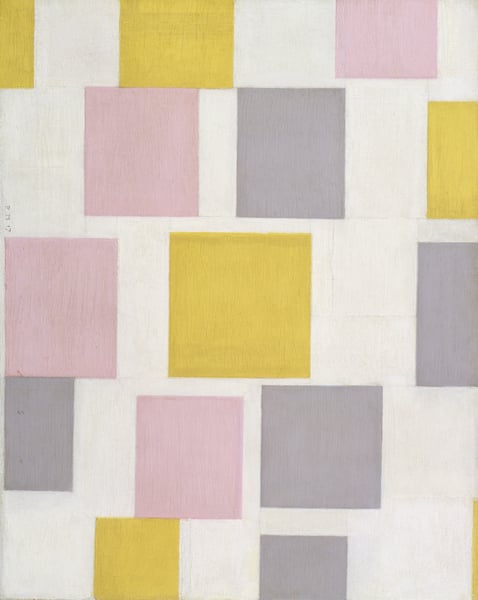 They were not simply looking to redefine the expectations of painting, but to achieve in it something more spiritually profound: a perfect harmony of shape, feeling and colour. Once this was understood Mondrian, along with fellow artist Theo van Doesburg, architect Gerrit Rietveld and designer Bart van der Leck became internationally respected cultural figures. Their collective legacy is the influence of their aesthetic philosophy on the evolution of abstract art and modern architecture throughout the world. 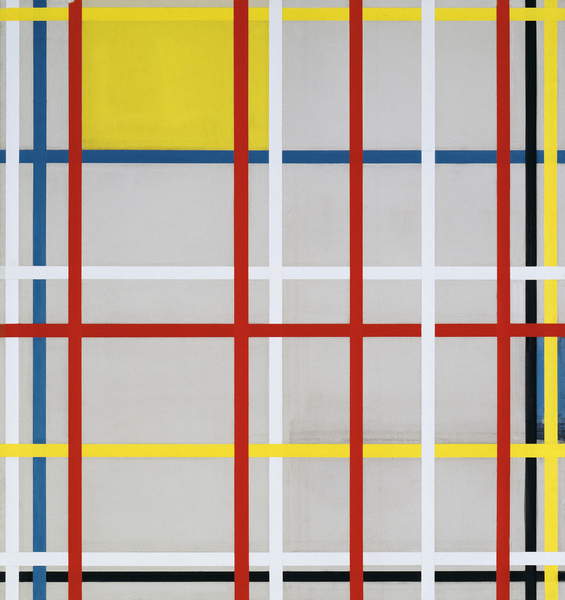 Relishing his professional success, Mondrian returned to Paris after the war, where he remained until 1938. Immersing himself in Parisian Bohemia, he assumed his place in the avant-garde of the 20th century. In late 1920 and 1921, in this culture of artistic innovation, Mondrian began producing the simplified grid-based images of three primary colours, which define the Piet Mondrian compositions most prized today. Though the influence of De Stijl was still clear in them, Mondrian’s own art style began to shine through. This, he continued to refine, and subtle evolutions are seen as his work evolved during the Paris years.

In 1938, fleeing the advances of fascist Germany, Mondrian left Paris for London. But when Holland fell to the Nazis in 1940, he went to New York, feeling that he was no longer safe in Europe. Mondrian would stay in New York until his death four years later, working until he was physically unable, and developing a more colourful style. These latter years brought Mondrian an international audience which consolidated his celebrity and his place as a Modern master. 150 years after his birth, the influence of the Mondrian composition lives on, synonymous with the visual lingua franca of the 20th century.

Tags: Mondrian
Back to Blog

Marcel Duchamp rose to notoriety in the 20th Century, pushing the boundaries of what art could be...
Read More

Marcel Proust - his life and his career

Centenary of the Death of Marcel Proust
Read More

There are few artists that can be considered to have the same level of importance in the 20th...
Read More