Land of the Free, Home of the Brave…

This year’s Fourth of July celebrations marks the 241st anniversary of the United States adopting the Declaration of Independence, which declared the thirteen American colonies as a new nation. From fireworks and barbecues to parades and bonfires,  we at Bridgeman Images would like to explore our archive for our most patriotic images. 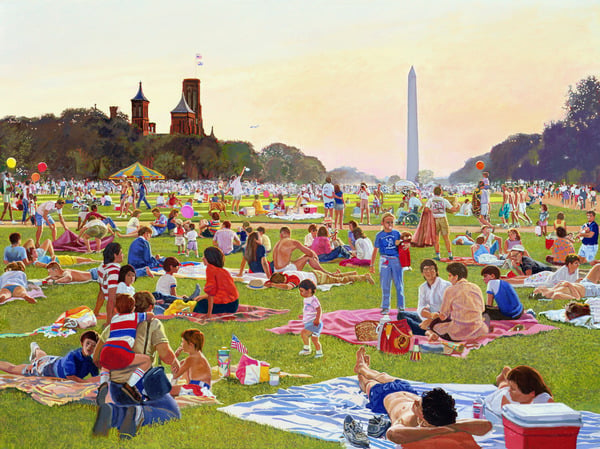 The First 4th of July 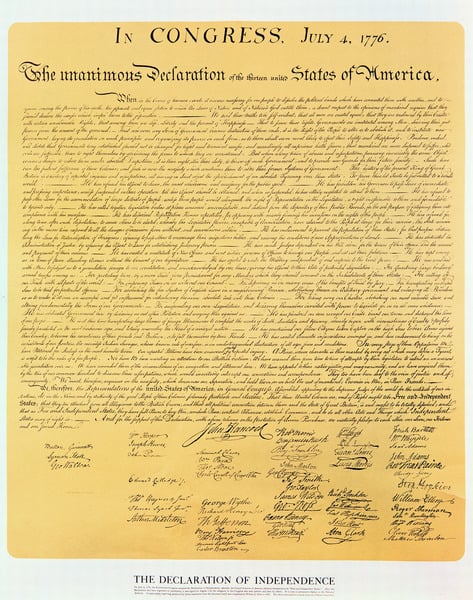 Declaration of Independence of the 13 United States of America of 1776, 1823 (copper engraving) by American School, (19th century); Private Collection; American, out of copyright

A little known fact about the first Fourth of July: it is not actually the date America gained its independence! It was one July 2, 1776 that this nation of thirteen colonies officially became an independent nation. While the Declaration was approved by the newly formed Second Continental Congress on July 4th of that year, it was on the 2nd that Congress voted and approved a resolution of independence, proposed by Richard Henry Lee of Virginia, which declared the United States independent from Great Britain rule. The highly publicized Declaration of Independence, which is simply a statement explaining the decision to become an independent nation, was dated July 4, 1776, causing the American people to commemorate it’s new freedom on that date from there on out. 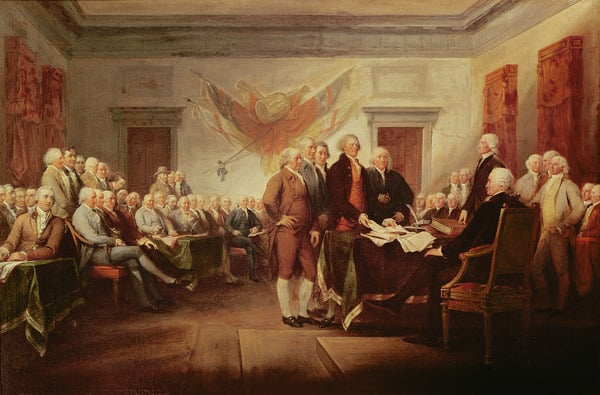 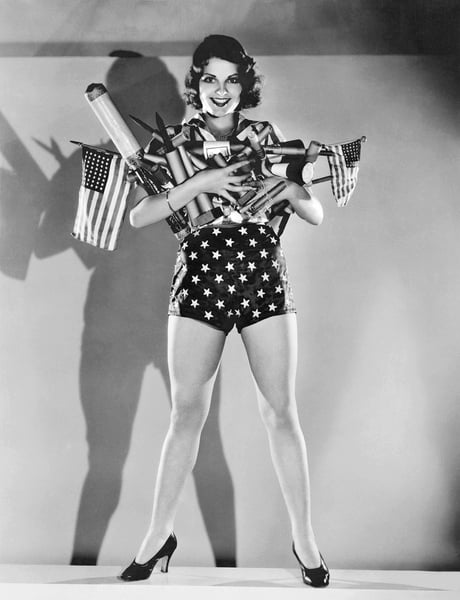 Since it’s in the sunny month of July, Independence Day celebrations often take place outdoors. The Fourth is also a federal holiday, so all non-essential federal institutions (such as the postal service and federal courts) are closed on that day, as are many businesses, so many Americans are able to take advantage of the day’s celebrations. Many politicians take the time on this day to appear at public events to celebrate America’s history with their constituents.

A few of the most common celebrations on this holiday are picnics and barbecues and it is not uncommon for families a long weekend to gather with relatives or friends. Streets, shops, and houses are covered in red, white, and blue, decorations that show pride for their flag and country. Parades are often held in the morning, before family get-togethers, while fireworks displays occur in the evening after dark at such places as parks, fairgrounds, or town squares.

A Fourth of July Grand Parade on Pennsylvania Avenue, Washington DC during the 19th century, 1991 (oil on canvas) by Frank Wright (b.1932); 121.9×243.8 cm; The Classical Gallery, Virginia, USA; (add.info.: celebration of the American Day of Independence;); American, in copyright

We here at Bridgeman Images hope you enjoyed your celebrations of the 241st Independence Day, whether spent barbecuing at home or spending a lazy day by the ocean. Only 359 until the next American Independence Day!

American patriotic images from our archive

The coming Chinese New Year will take place on the 28th January and will celebrate the tenth...
Read More