July - A Month Of Celebration: Independence Days Around The World

Picture the scene - it’s a beautiful sunny day in America. People are outside barbecuing with friends and family, while the summer breeze accompanies a patriotic feeling across the United States. Two weeks later on July 14th, a similar pride rises in France for Bastille Day. People gather for day-long celebrations filled with food, drinks, fireworks and an elegant historical military parade. Only four days later on July 18th, the world comes together to recognise Nelson Mandela’s lifelong work in fighting inequality and discrimination in South Africa by celebrating justice and freedom.

July is a month of Independence for countries around the world. Join us as we take a look at the world's celebratory days and artworks inspired by them - from Bastille Day in France to America's Independence Day on the 4th of July. 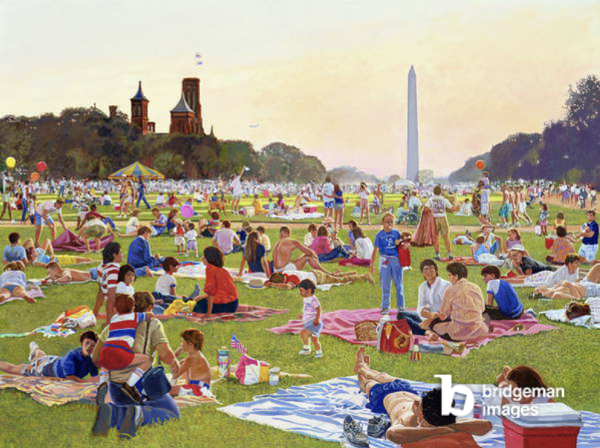 4th July marks the anniversary of the United States adopting the Declaration of Independence in 1776, emancipating the country from the United Kingdom as a result of the American Revolutionary War. Since the early 20th century, artists have been inspired by the heat and spirit of this patriotic holiday. Vintage posters from the 1800-1900s were heavily stylised in red, white and blue colours and featured symbols like Uncle Sam and the American eagle. In the present day, paintings and photographs celebrating the Fourth of July have evolved around the new symbols of this much-loved day: barbecues, parades, picnics, baseball and, above all, fireworks!

Depictions of protests, the storming of Bastille, and, of course, the French flag during Bastille Day all commemorate French patriotism in addition to the revolutionary uprising that created the unified France we know today. Bastille Day, on the 14th of July commemorates the fall of the Bastille in 1789. It had originally been built as a medieval fortress, but eventually came to be used as a state prison. Its fall represented both the figurative and literal liberation of the French people, and is celebrated by both mainland France and its overseas départements and territories.

Tunisian Independence Day is on 20th March to commemorate the day in 1956 when Tunisia left behind 75 years of French colonial rule; Tunisia gained its independence from France after two years of negotiations between the French and the Neo-Destour (“New Constitution”) party, which was backed by the trade unions. 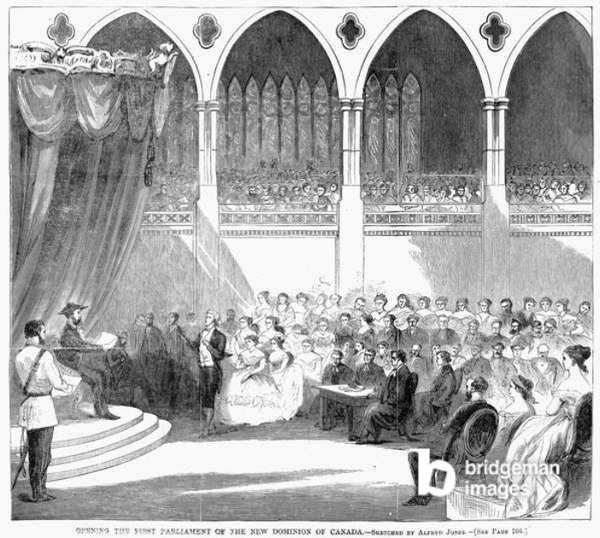 All those who celebrate Canada as their home and native land celebrate Canada Day on July 1st. The day commemorates the anniversary of the Constitution Act, which consolidated three territories into the single nation of Canada, way back in 1867. That’s right — Canada celebrated its 150th birthday in 2017! 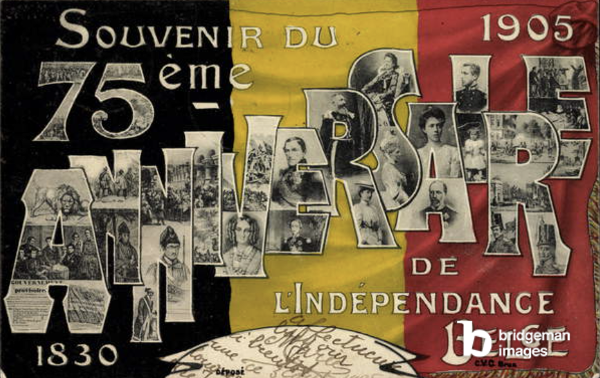 The National Day of Belgium is celebrated annually on 21st July. In this country, Independence Day celebrates the separation of Belgium from the Netherlands in 1831, as well as the formal establishment of its Kingdom. Belgium had been part of the United Kingdom of the Netherlands since 1815, but the majority of the population were Roman Catholic and increasingly felt the rule of King William I favoured the Northern Protestants. This discontent was heightened by high levels of unemployment in the South.

In August 1830, riots led to a wider uprising and calls for Belgium to secede from the Netherlands. A London Conference of major European powers then recognised Belgian independence. 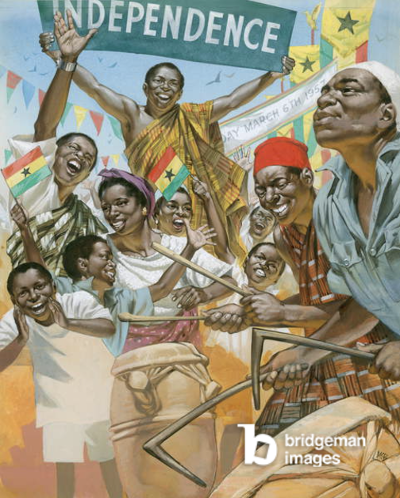 After 83 years of British colonial rule, Ghana established itself as a free African nation on 6th March 1957. Today, over 30 million people and over 90 ethnic groups call this dazzling sub-Saharan country home. And another 1.7 million Ghanaians living abroad frequently return to visit family and friends.

For the people of Ghana, Independence Day holds a special place in their hearts. Many can still remember the First Prime Minister, Kwame Nkrumah’s powerful speech on Ghanian freedom in Accra, as the British flag was lowered and the new Ghanaian flag took its place. And over the years, foreign dignitaries visited the country to take part in the celebrations, including Martin Luther King Jr.

In 1942 the islands of the Philippines fell under Japanese occupation during World War II, and US forces and Filipinos fought together during 1944-45 to regain control. On 4th July 1946, the Republic of the Philippines attained its independence.

Rwanda Liberation Day
Shyira is a picture-perfect Rwandan village, surrounded by luscious green mountains. No matter where you look, even at the tip of some of the highest mountains and along the precipice of the most dangerous slopes, there are houses. On July 4th, while Americans celebrate their independence, Rwandans are celebrating Liberation Day — commemorating the day in 1994 when rebel troops marched into the capital Kigali and ended a genocide against the country's Tutsi minority. 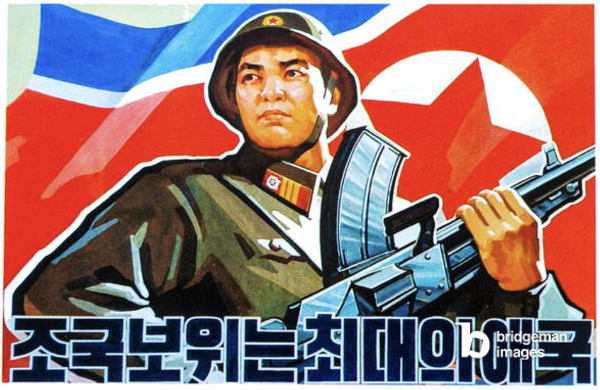 The National Liberation Day of Korea is a holiday celebrated annually on 15th August in both South and North Korea. It commemorates victory over Japan Day, when the United States and the Allied powers liberated Korea from 35 years of Japanese rule.

Liberian Independence Day
Liberia, which means “land of the free,” was the first African nation to gain its independence back on 26th July 1847. Commemorated on July 26th every year by the African Republic of Liberia, the country was founded in 1822 as a haven to house and settle freed African-American slaves. Liberia became the first African republic to declare independence after adopting its constitution in 1847. Liberia has had a turbulent history since then, which has hampered its progress as a nation. Consistent growth in the country’s political and economic structures, on the other hand, has sparked hope for the future.

Land of the Free, Home of the Brave… – bridgeman blog

July: The Month Of Independence

It’s the 4th of July - it’s a beautiful sunny day. People are outside barbecuing with friends and...
Read More

From museums to independent artists, we partner with more than 3000 individual entities around the...
Read More