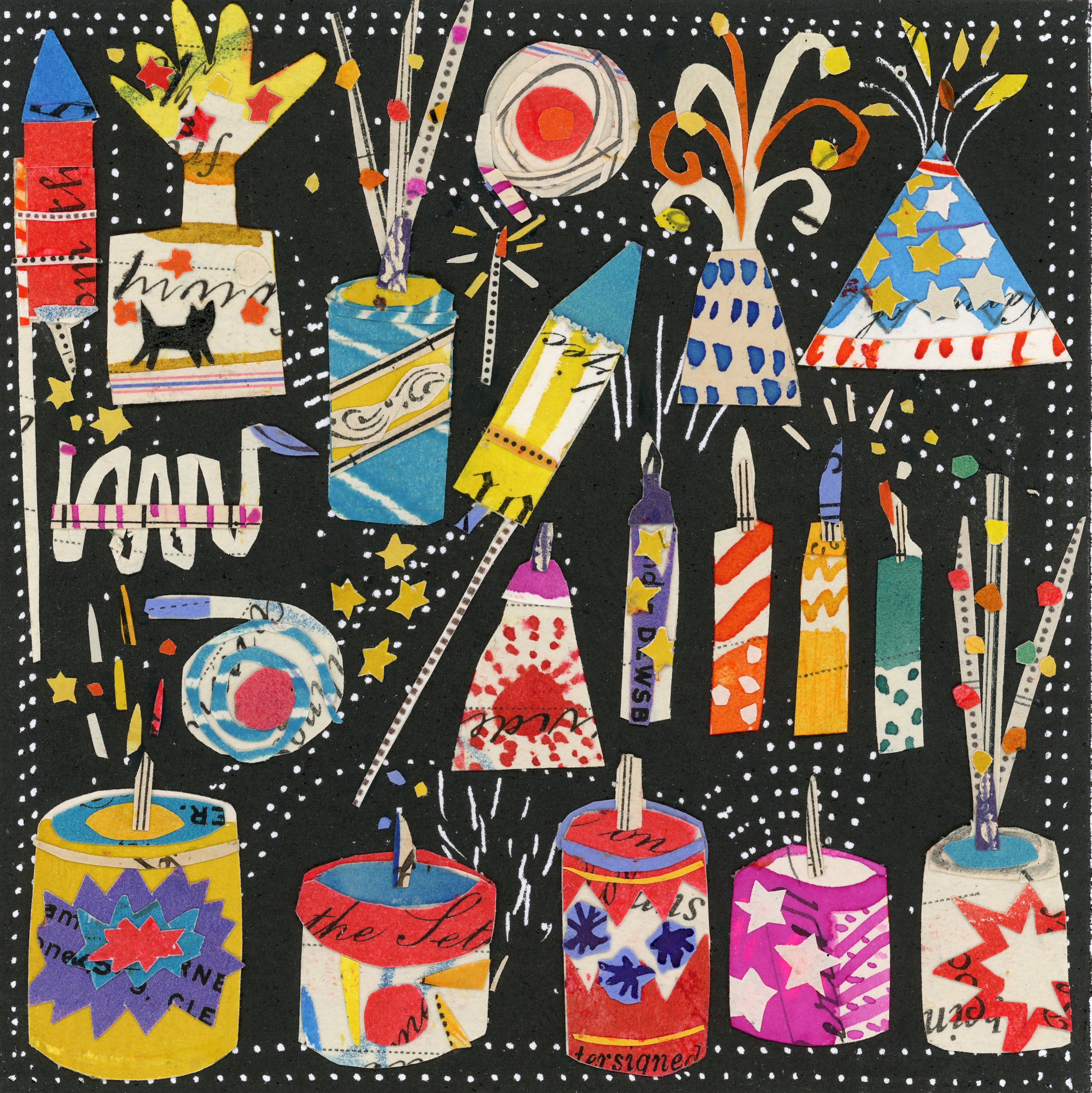 July: The Month Of Independence

It’s the 4th of July - it’s a beautiful sunny day. People are outside barbecuing with friends and family, while the summer breeze accompanies a patriotic feeling across the United States of America. Two weeks later on July 14th, a similar pride rises in France for Bastille Day. People gather for day-long celebrations filled with food, drinks, fireworks and an elegant historical military parade. Only four days later on July 18th, the world comes together to recognise Nelson Mandela’s lifelong work in fighting inequality and discrimination in South Africa by celebrating justice and freedom.

July is a month of Independence for counties around the world - join us as we take a look at several of these celebratory days and artworks inspired by them. 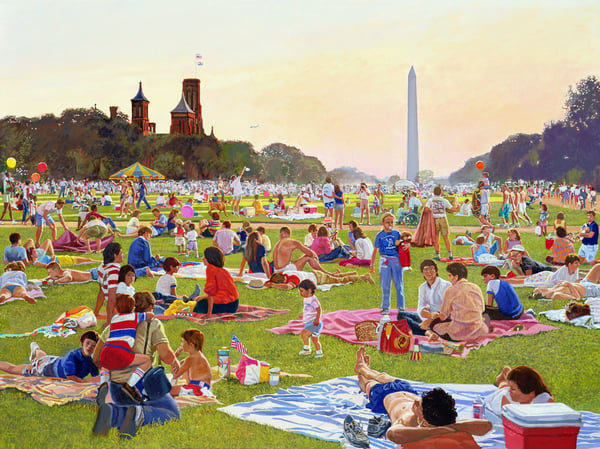 July is the month we most embrace and celebrate independence. It is a month in which we honour the privilege of freedom and liberty. However, it is also a time for us to remember how we came to acquire such liberated and independent countries. 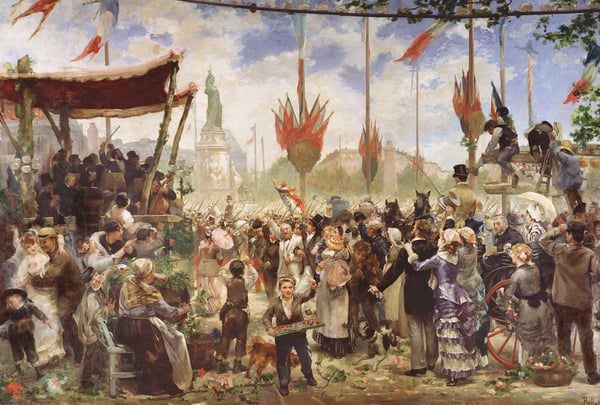 For the United States, it meant war against the British. In France, it meant a lasting proletariat revolution against the monarchy, while in South Africa it meant fighting against the discriminatory laws of apartheid. 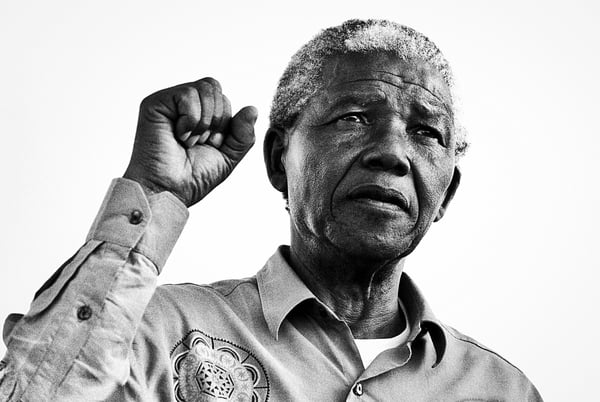 These weren’t easy times, and they required critical sacrifices and violence on both sides - yet each symbolised a united nation fighting for a single cause they all so strongly believed in. This may be why such holidays are one of the most celebrated throughout the year. They don’t only honour freedom - they encourage us to pay respects and appreciation to those in the past who so tirelessly fought and were lost to create the just and free countries that we have today. 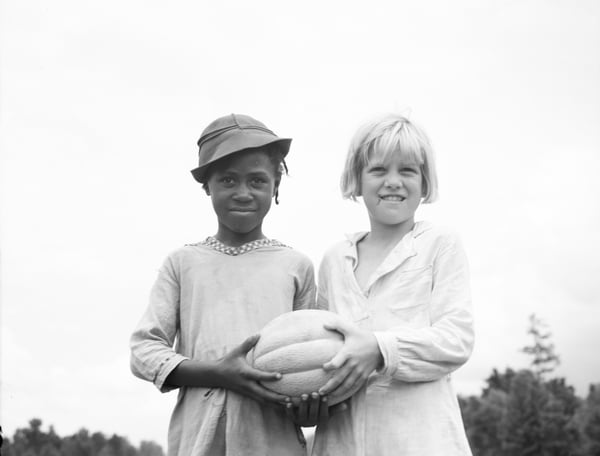 Throughout history, the essence of these holidays has been extensively depicted in countless ways, whether it be through paintings, photographs, posters or prints. Today, we use such illustrations as historical documentation to understand what these holidays mean, as well as to see how differently and similarly these holidays have been celebrated in the past.

The most common symbol seen during the 4th of July is the American flag. However, illustrations showing the declaration of independence, a bald eagle, or military troops also encapsulate the cultural emblems that define independence day in the United States. 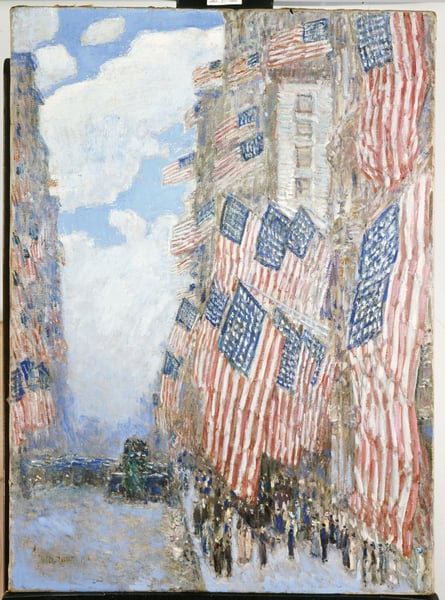 Similarly, depictions of protests, the storming of Bastille, and, of course, the French flag during Bastille Day all commemorate French patriotism in addition to the revolutionary uprising that created the unified France we know today.

There are critical moments in history that will always be remembered as the beginning of change and freedom and there’s no better way to memorialise those moments than through art. 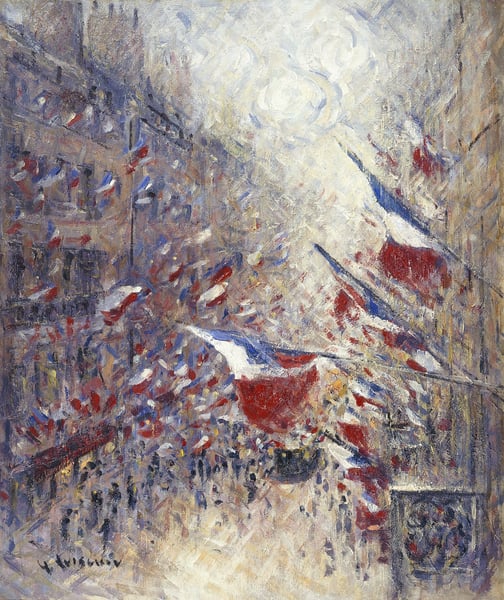 One of Nelson Mandela’s most historical moments was when he was released from prison after having served for 27 years. Of particular note here are our stunning photographs from the collection of Keith Bernstein who we are also covering in a separate article in this issue here. Thousands of people gathered outside of the prison to welcome and greet him as he walked beside his wife, Winnie, and other family members. 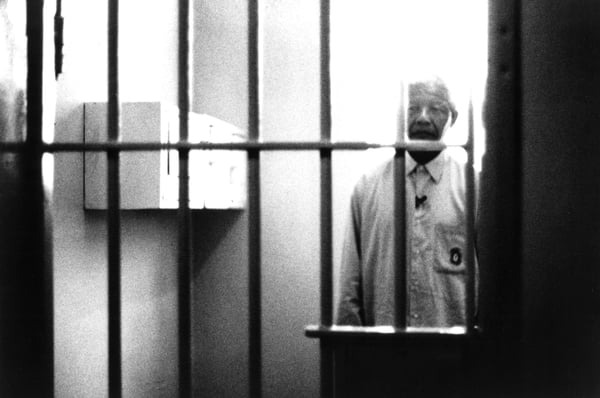 Nelson Mandela (1918-2013) South African lawyer who spent 26 years in jail for political reasons. He visited his former prison cell at Robben Island. Released in 1990, he became president of South Africa from 1994 to 1999, receiving the Nobel Prize for Peace in 1993 © Everett Collection / Bridgeman Images

This moment was a significant time in South Africa as it marked the end of an unjust era and the beginning of a revolutionised country. Today, during Nelson Mandela International Day, we commemorate that critical moment through acts of justice and solidarity while we remember the harsh circumstances Nelson Mandela and many others in South Africa faced in order to achieve the basic human right of equality. 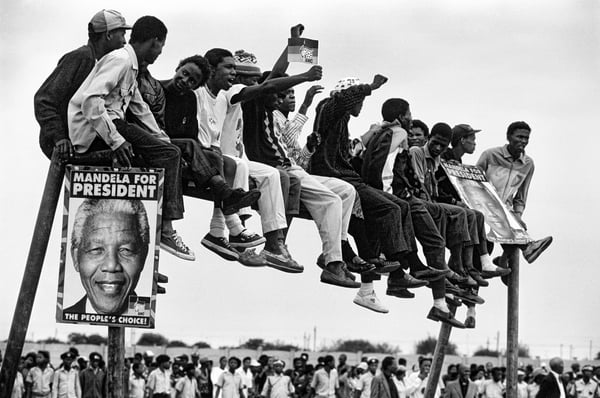 These holidays remind us that working together and having united nations bring powerful and revolutionary outcomes for future generations. However, most importantly, they give us hope and strength to keep fighting the injustices that many people still suffer today. Independence and freedom are a work in progress, and it is important for us to not only honour them during these holidays but every day - in order to provide countries and communities where everyone can equally benefit from independence, liberty, equality and fraternity. 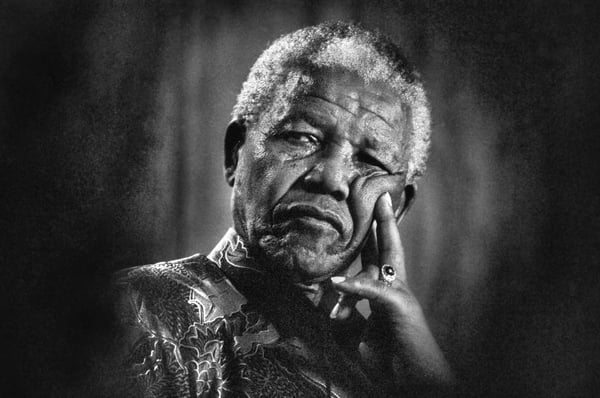 July - A Month Of Celebration: Independence Days Around The World

Picture the scene - it’s a beautiful sunny day in America. People are outside barbecuing with...
Read More

From museums to independent artists, we partner with more than 3000 individual entities around the...
Read More