On the 30th December 1916, Grigori Rasputin was murdered. This, along with the military defeats in World War One and the many failings of Tsarist Russia triggered a series of incidents throughout 1917 that led to one of the defining moments in world history: The Russian Revolutions. 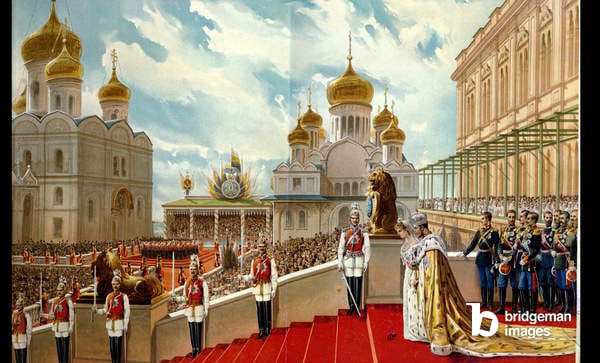 What caused the Revolutions?

Here is a timeline of events

Up to the end of the 19th century, Russia was an autocratic country ruled by a Tsar and supported by the privileged nobles, who owned the best land. Around 85 per cent of the Russian people lived in the countryside and earned their living from agriculture, with the vast majority of peasants living in extreme poverty.

1861: Emancipation of the Surfs

Tsar Alexander II freed all Russian serfs (one third of the total population) via the Emancipation Manifesto of 3 March 1861. Although the system which tied the Russian peasants irrevocably to their landlords was abolished, they had less land and the redemption tax they had to pay was often more than what the land was worth. Rapid industrialisation led to the growth of a small working class and the spread of revolutionary ideas. 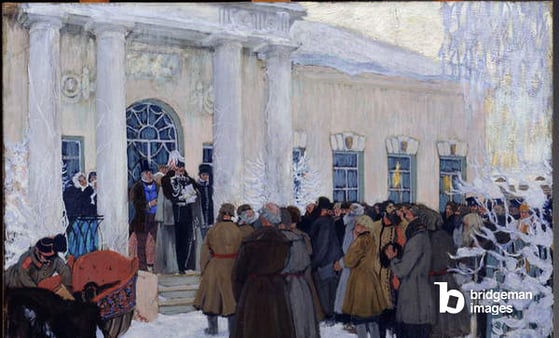 People had nothing to lose any more, the essential ingredient for any revolution 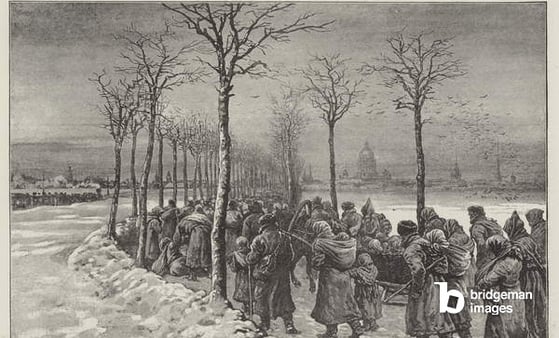 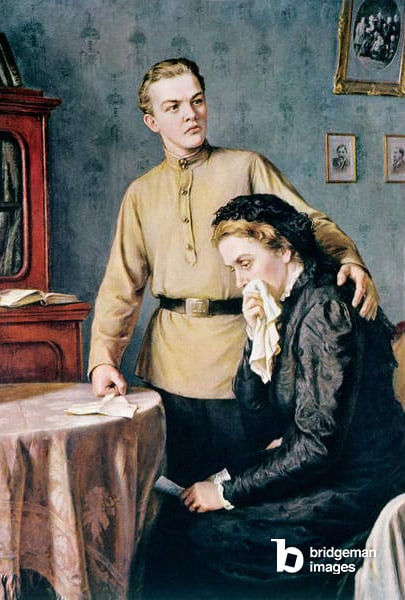 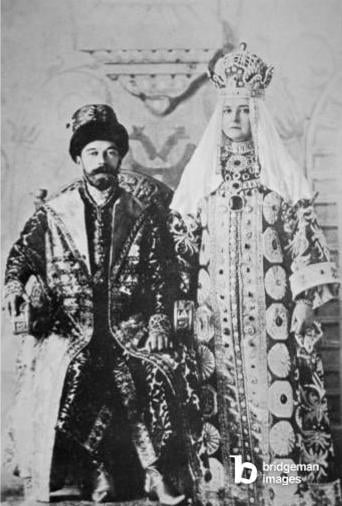 Peasants and industrial workers went on strike and put on demonstrations throughout the city, including at the Tsar’s Winter Palace. The imperial guards opened fired on a crowd of thousands of peaceful protesters and many died or were injured. Rather than squash the protests, the repression encouraged strikes and uprisings all across the Empire. 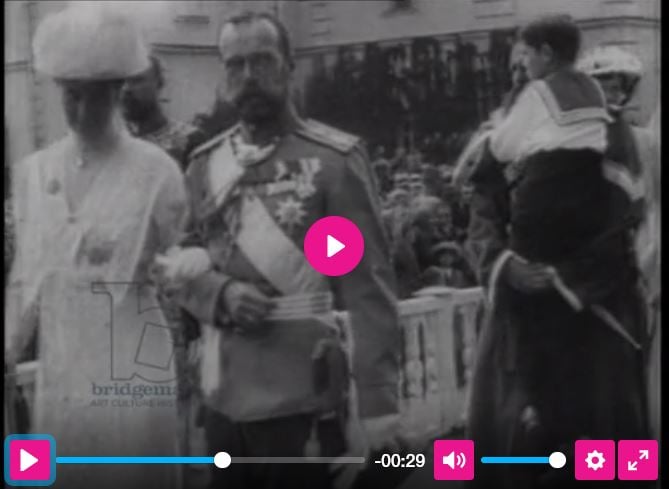 1905, June 27: Mutiny on the Battleship Potemkin in the Black Sea 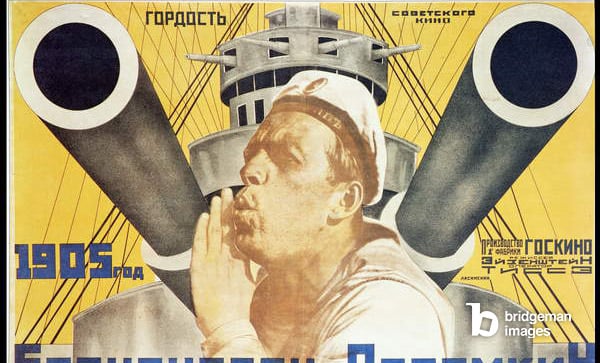 The revolutionary movement reached its climax in October 1905, with the declaration of a general strike and the formation of a soviet (council) in St. Petersburg itself.

Most cities, including the capital, were paralyzed. Under pressure from his advisers, Nicholas II reluctantly agreed to sign a Manifesto, granting civil liberties, cabinet government, and a legislative Duma elected on a wide franchise.  The Manifesto’s proclamation was met with jubilation in the streets on October 17 and the general strike was called off. 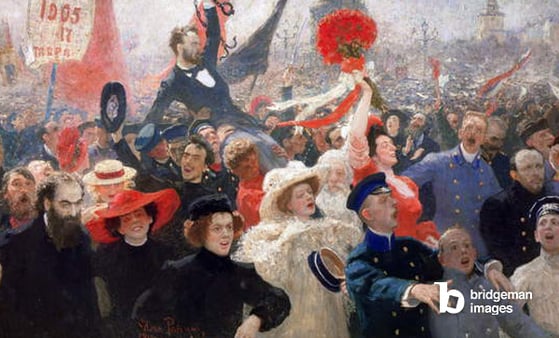 1906 July 21: Due to the growing tensions between the State Duma and Emperor Nicholas II’s Council of Ministers, the assembly was dissolved 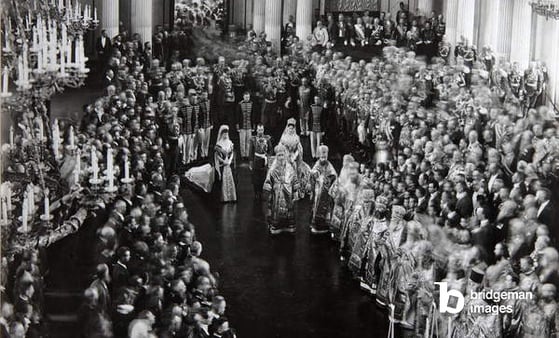 1908: Rasputin is introduced into the aristocracy

Rasputin, the infamous ‘holy man,’ supposedly helped to heal Tsar Nicholas’ sick son, Alexis, who suffered from a blood disease, hemophilia. After this, Rasputin’s influence over the Tsarina Alexandra became immeasurable; he could do no wrong as excuses were consistently made for his inappropriate behavior. He was very popular among aristocratic ladies. 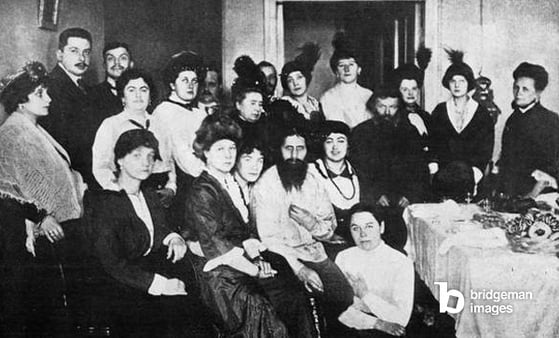 With war came unimaginable loss of life, food shortages, and countless other forms of human misery.  1.5 million soldiers deserted the army in 1916. 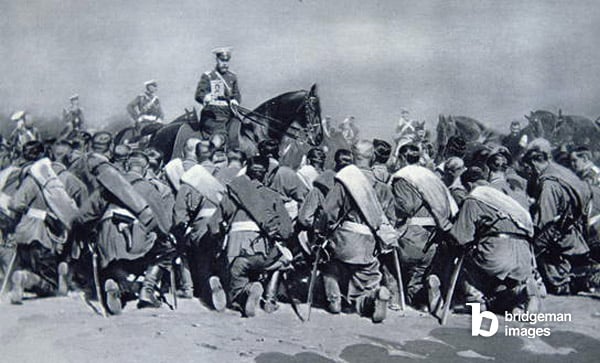 When Nicholas departed to lead Russian forces in World War I, the Tsarina had been put in charge of domestic affairs and dismissed many ministers. Due to Rasputin‘s influence over the Tsarina and his involvement in government decisions, he was blamed for the failings. To the Russian people, Rasputin symbolised what was wrong with government. The court and the imperial family lost favour with the Russian people. It was also thought that the pair were leading a pro-German court group, which led to Rasputin’s murder. His murder came too late to reverse perceptions of the imperial family. 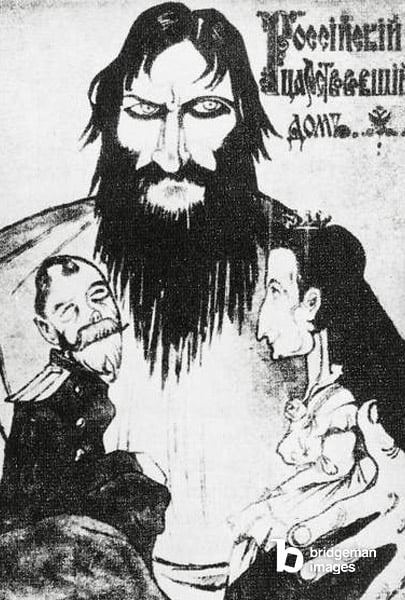 1917: The beginning of the Russian Revolutions

January 22: 140,000 strike in Petrograd to commemorate Bloody Sunday; strikes in other cities 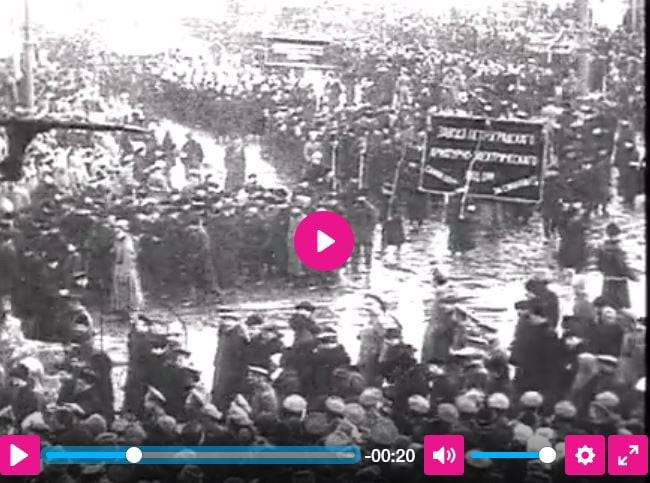 Militant women textile workers, many of whom are soldiers’ wives, initiate a massive strike in Petrograd. 128,000 workers take to the streets, and among their chief demands is an end to the World War and an increase in food supplies. 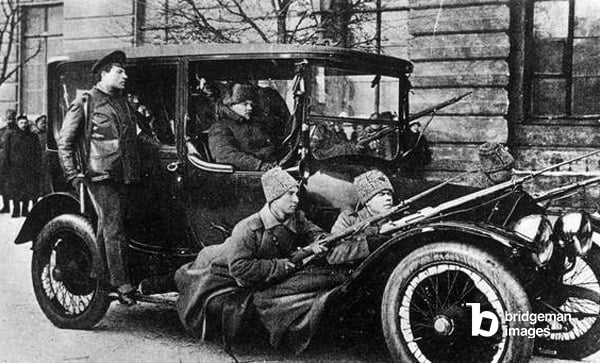 Early Sunday morning, the police launch wide scale arrests of over 100 leaders of revolutionary organisations, including the Bolsheviks. Acting under the Tsar’s orders, troops fire on protesters causing tens of thousands of casualties but they begin to mutiny later in the day and join the protesters. 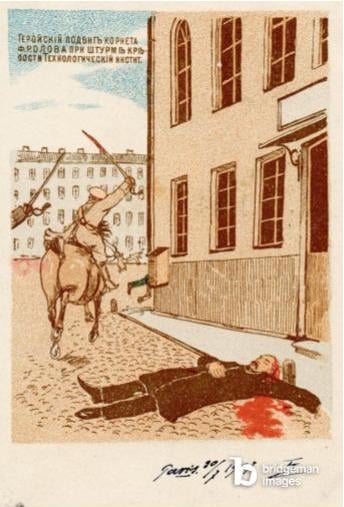 
The Duma and the Petrograd Soviet both meet to plan a course of action. 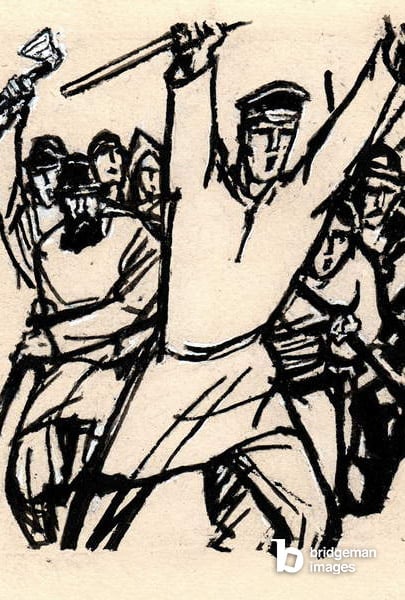 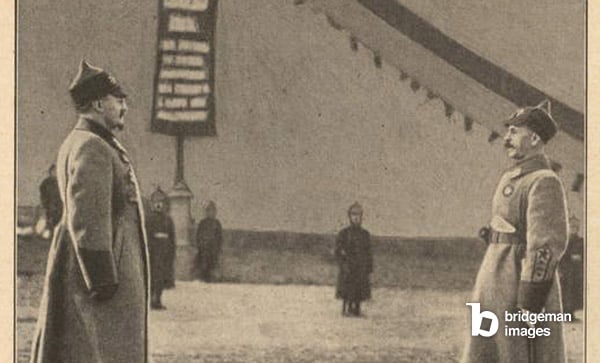 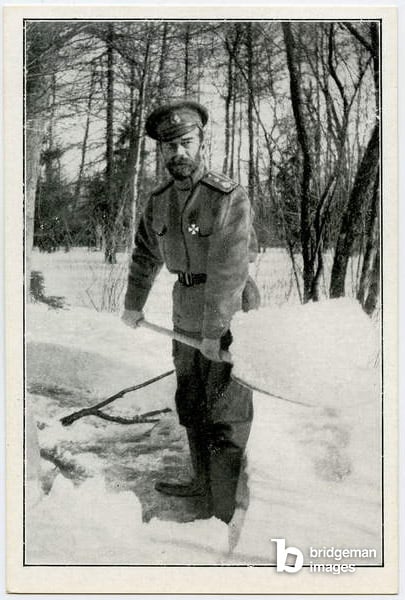 April 3 – Lenin and other Bolsheviks arrive in Petrograd from exile

The German government helps the Bolshevik leader Lenin return to Russia. He publishes the ‘April Theses’, offering people: ‘Peace, bread, land’, and proclaims: All power to the Soviets.’ 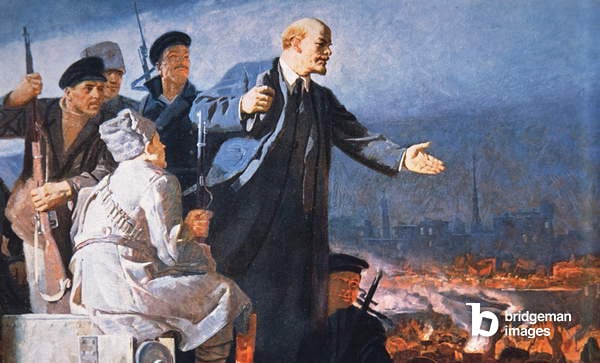 May 1917: Leon Trotsky returns to Petrograd from exile

Despite previous disagreements with Lenin, Trotsky joined the Bolsheviks and played a decisive role in the communist take-over of power. 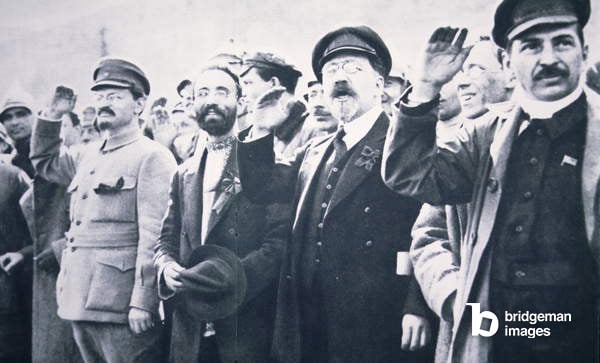 The July Days began with spontaneous protests against the Provisional Government.  After the Bolsheviks unsuccessfully try to direct these protests into a coup, Lenin was forced into hiding. 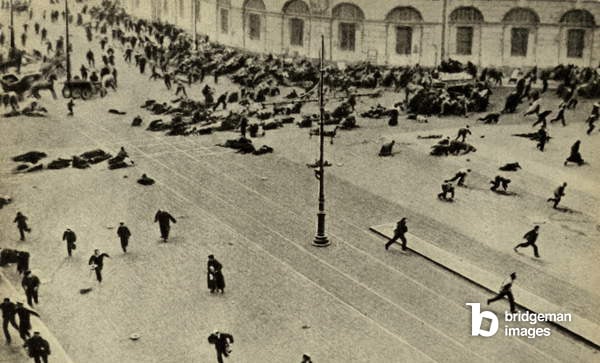 The Socialist Revolutionaries, unlike the Bolsheviks, intended to keep Russia fighting in World War I, a decision that became increasingly unpopular with the Russian people. 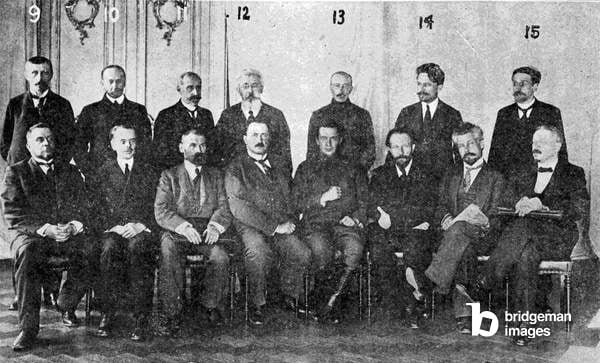 The Kornilov coup had enormous repercussions. Kerensky, the moderate socialists, and the liberals were discredited because of their earlier support of Kornilov. The Bolsheviks and radical left, in contrast, had warned against the danger of a military coup and now seemed vindicated. 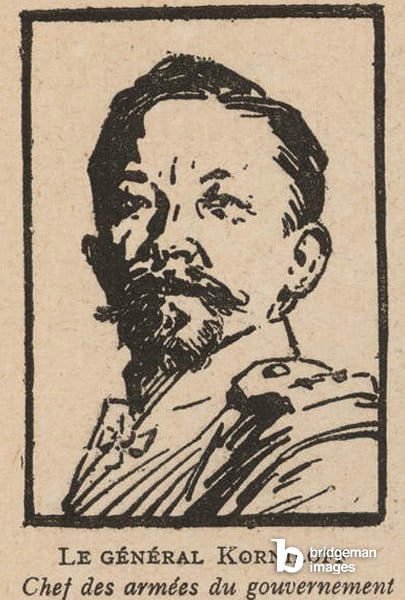 The October Revolution –  Lenin succeeds in taking over

The Bolsheviks take over Petrograd and The Winter Palace, the last holdout of the Provisional Government. The Council of People’s Commissars (abbreviated as Sovnarkom), led by Lenin, is now in control of Russia. 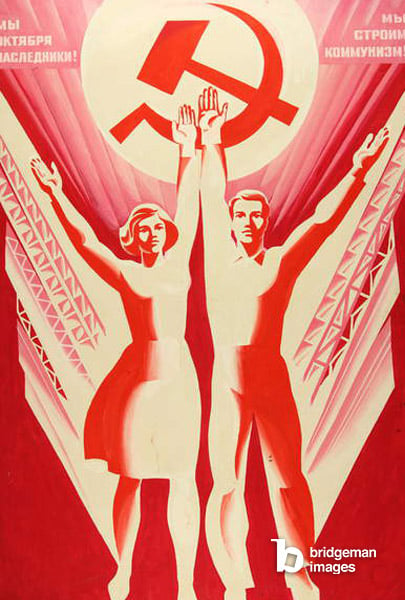 See more images and clips for the Russian Revolution

Note: Russia used the Julian or Old Style calendar until January 24th 1918, when this system was replaced by the Gregorian or New Style calendar

This year Christmas day brings with it the 40th anniversary of Charlie Chaplin‘s death. A man who...
Read More