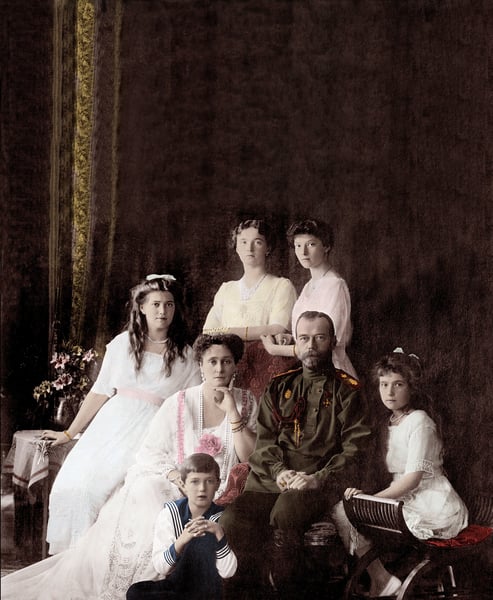 The Romanovs and Rasputin

Five years before he and his family were were awoken in the dead of night and executed in the Siberian wilderness in 1918, Nicholas II, the last King of Russia, had celebrating the three-hundred-year anniversary of Romanov family rule. Yet soon afterwards, Russia, racked with mutinous anger following a war with Japan, was plunged into yet another - for which they were even more unprepared.

When, on the 28th of June 1914, Archduke Franz Ferdinand, the heir to the Austro-Hungarian throne, was assassinated by a Bosnian Serb nationalist, European leadership was predominantly composed of monarchic governments whose personal ties ran deeper than politics. The German Kaiser Wilhelm II and Nicholas II of Russia were cousins, but with Germany’s alliance to Austria-Hungary and Russia’s to Serbia, this domestic network complicated the crises that then led to World War One, revolution in Russia, and an incomprehensible loss of life. 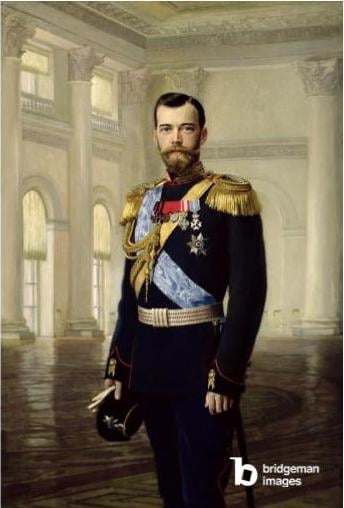 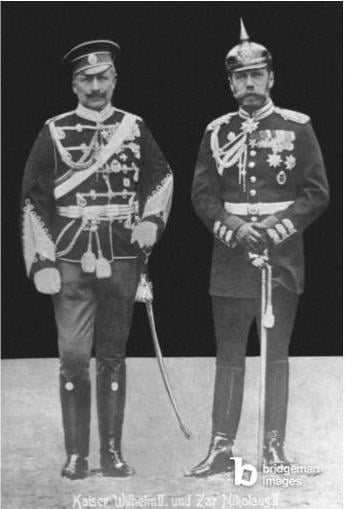 Nicholas’s failure of leadership in averting war, was systematic of his inability to blend his autocracy with a rapidly modernising world. His belief that God had chosen him to be Tsar of Russia made him a stubborn ruler who rejected constitutional limitations; even as the situation deteriorated and other world-leaders implored him to reform, Nicholas did not capitulate, but clung to his certainty that his decisions were God’s will.

Trouble had started in earnest with the Russo-Japanese war. In 1904, the Japanese were threatening Russian territory by expanding into Manchuria and Korea. Nicholas, whose people were growing uneasy, saw war with Japan as a God-given victory that would raise Russian morale. Ignoring the costs of war so far away, he committed to it fully, but suffered humiliating defeat which damaged the prestige of the nation, domestically and internationally. This resulted in uprising. In 1905, nearly 120,000 peaceful protesters marched on the Winter Palace. Imperial guards opened fire on them and killed hundreds. This event, known as Bloody Sunday, turned opinion against the Tsar and consolidated public dissatisfaction. At this point, a descent into chaos seemed inevitable. 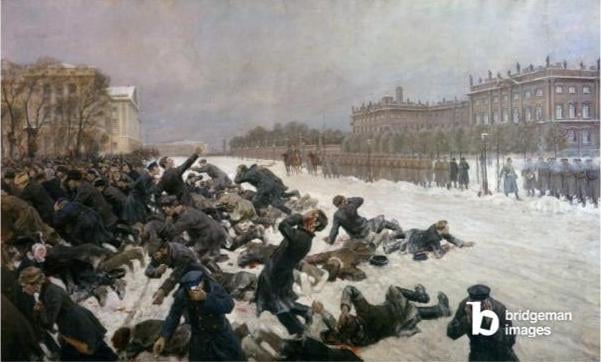 Further complicating political matters was the question of succession. Nicholas’ wife, Alexandra, bore her husband four daughters - Olga, Tatiana, Maria and Anastasia Romanov. Their only son, Alexei, who was heir to the throne, suffered Hemophilia B, an untreatable condition which could lead to untimely death. 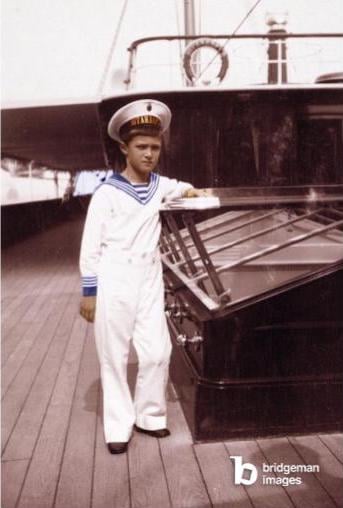 In such a precarious political environment, Alexei’s condition was kept secret, but after doctors failed in their treatment, Alexandra turned to mystics and holy men. One of these, an illiterate Siberian peasant called Grigori Rasputin won the favour of both her and the Tsar. 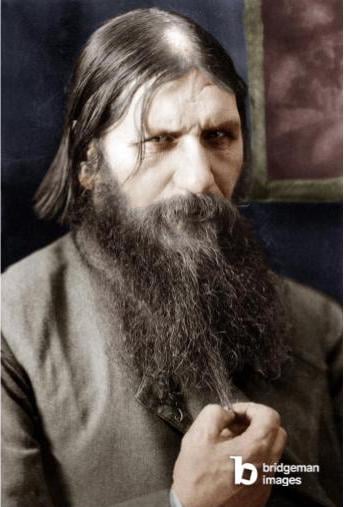 Initially ingratiating himself with the Tsar and Tsarina as a religious adviser, Rasputin’s influence grew after 1912, when Alexei nearly died. Having incurred an injury, from which his disease prevented him recovering, a priest was called to administer the Last Rights. In desperation, Alexandra summoned Rasputin.
Rasputin advised her to put her son’s life, not in the hands of doctors, but in those of God. Following his counsel, Alexei’s haemorrhage stopped, and he began to recover. Alexandra took this as a sign that God was with Rasputin, and he subsequently became her most trusted adviser who she fervently defended for the rest of her life.

The story of Rasputin and the Romanovs has become infamous for its blending of fact and legend; Rasputin’s rise from itinerant shaman to trusted royal adviser is so remarkable that it has stuck in public imagination for over a century. Today, it is difficult to decipher truth from fiction, but what is beyond doubt is the scandal Rasputin’s presence brought to the Romanov household. With World War One developing, Nicholas spent his time at the front, leaving domestic issues and control of the capital to his wife. However, Alexandra’s relationship with Rasputin - who, it was discovered, had never taken Holy Orders - only further discredited the imperial authority. 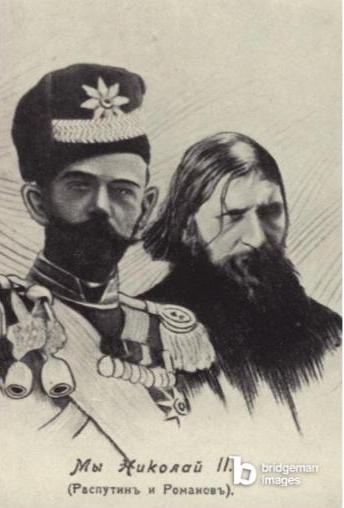 Rumours and accusations of an affair between Rasputin and Alexandra ran rife. To make matters worse, Rasputin basked in his fame and openly indulged in drunkenness and prostitution. His presence in the royal court quickly had a combustible effect on an already highly- strained Russia, and in 1916, it led to his murder by a group of nobles. 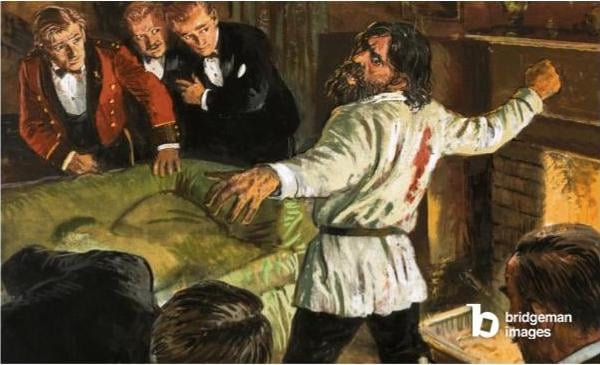 Thereafter, Nicholas’ position became untenable. With the war effort failing and the civilian population desperate, revolution swept through Russia in February 1917, which forced the Tsar to abdicate. A year later, Nicholas and his family were dragged from their beds and murdered by order of the new Bolshevik government, which condemned forever both the Romanov Empire and the Romanov family tree. Later, Alexander Kerensky, whose provisional government oversaw the transition of power, would say that “without Rasputin, there would have been no Lenin.” 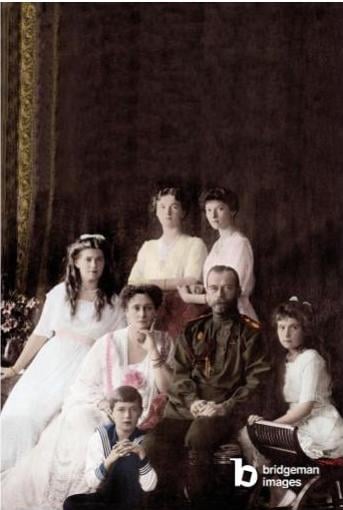 See more images of Rasputin and the Romanovs or find out more about the complicated ruler Tsar Nicholas II in a turbulent period in the video below:

On the 30th December 1916, Grigori Rasputin was murdered. This, along with the military defeats in
Read More

The history of the Russian monarchy is scattered with names which, nowadays, are widely held in...
Read More