Romanovs, Rebels & Revolutions: A History of Russia on Film

The Oscar winning actor Leonardo DiCaprio recently called for more films on Russian history and says he would like to play Lenin or Rasputin. In the run up to the centenary of the Russian Revolution we quite agree and thought it might be useful for researchers to highlight archive footage of the politics, people and major events in Russia from the last century.

Russian history footage in the Bridgeman archive for licensing includes clips from Soviet propaganda films, newsreel covering both World Wars; and the many dimensions of the Cold War including the Cuban missile crisis, the space race and the collapse of the Communist system.

See the famous War & Peace author and philosopher Leo Tolstoy being greeted by crowds in Moscow and at home. Unfortunately his wife not only disagreed with his teachings, she disapproved of his disciples, who regularly visited Tolstoy at the family estate.

The 300th anniversary of the Romanov dynasty occurred on March 6, 1913 and the major state jubilee was a public celebration. The House of Romanov was the second and last imperial dynasty to rule over Russia, reigning from 1613 until the 1917.

Footage includes communication by telegram between Tsar Nicholas II and Emperor Wilhelm II of Germany, the Battle of Tannenberg, wounded soldiers, refugee trains and Russian troops eating in the snow. As well as suffering huge loss of life, defeated Russia was economically devastated with war debts and soaring inflation.

With revolution came a long struggle for power between the Bolsheviks and a series of disparate armies, known collectively as the Whites, supported by Russia’s erstwhile wartime allies.

See the revolution unfolding in St. Petersburg in 1917, Lenin and Trotsky speaking to crowds, a Red Army winter drill, poverty and starvation during the Russian Civil War, suppression of Kronstadt Uprising and Bolshevik parades.

Soviet Union propaganda was extensively based on the Marxism-Leninism ideology to promote the Communist Party line.

“Capitalism equals Misery and Alcoholism” shows poor orphaned children on Moscow streets and other clips extol the virtue of work and people praising the Party.

The Russian famine of 1921 was a national catastrophe and according to the official Bolshevik position, the rich peasants (kulaks) withheld their surplus grain in order to preserve their lives and undermine the war effort. Propaganda against kulak peasants was produced in the 1920s. 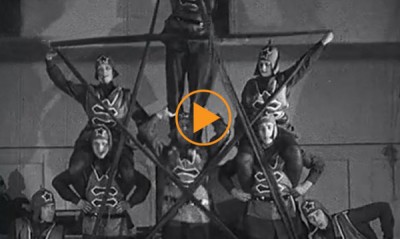 Life in a Soviet Prison Camp

The Solovki prison camp is said to have been the prototype for all of the gulags that came after, though its life was comparatively short (1923-1939). A silent film was commissioned in 1928 to show the public how successfully the Government was carrying out its political re-education programme.

View clips of men and women engaged in forced labour and tattooed convicts posing for the camera. 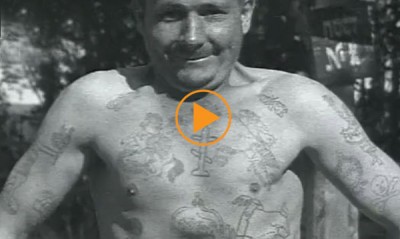 The Soviets in World War Two

Between June 1941 and May 1945, Nazi Germany and the Soviet Union engaged in a cataclysmic struggle on World War II Eastern Front. 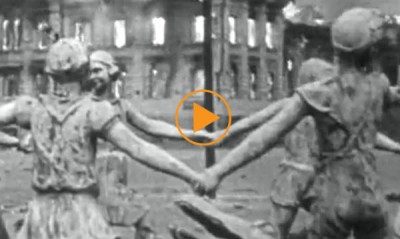 The Cold War that developed primarily between the USA and the USSR after World War Two, was to dominate international affairs for decades and many major crises occurred the Cuban Missile Crisis, Vietnam, Hungary and the Berlin Wall to name but a few.

For many, the growth in weapons of mass destruction was the most worrying issue.

The Soviet space programme comprised the space exploration programmes conducted by the former Soviet Union (USSR) from the 1930s until its dissolution in 1991.

Over its sixty-year history, this primarily classified military programme was responsible for a number of pioneering accomplishments in space flight, including the first satellite (Sputnik-1), first human in space and Earth orbit (cosmonaut Yuri Gagarin) and animal in Earth orbit (the dog Laika). 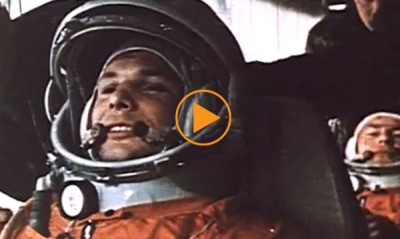 The USSR entered neighbouring Afghanistan in 1979, attempting to shore up the newly-established pro-Soviet regime in Kabul. The Soviets dealt harshly with the Mujahideen rebels and those who supported them, levelling entire villages to deny safe havens to their enemy. Foreign support propped up the diverse group of rebels, from Iran, Pakistan, China, and the United States.

Clips include Soviet tanks on the road to Afghanistan in 1979 and scenes of devastation after the uprising in Kabul against Soviet Invasion in 1980. 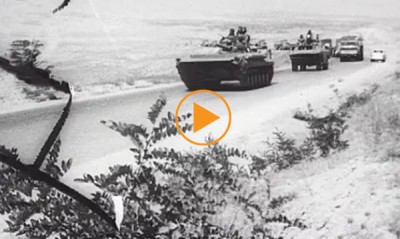 Fall of the Soviet Union

The Communist Party politician Mikhail Gorbachev believed that a better Soviet economy depended on better relationships with the rest of the world, especially the United States and announced that he would withdraw Soviet troops from Afghanistan and reduce the Soviet military presence in the Warsaw Pact nations of Eastern Europe. The first revolution of 1989 took place in Poland and in November the Berlin Wall fell and Czechoslovakia overthrew that country Communist government.

This atmosphere of possibility soon enveloped the Soviet Union itself. One by one, the Baltic States (Estonia, Lithuania and Latvia) declared their independence from Moscow. Then, in early December, the Republic of Belarus, the Russian Federation and Ukraine broke away from the USSR and created the Commonwealth of Independent States. Weeks later, they were followed by eight of the nine remaining republics. (Georgia joined two years later.) At last, the mighty Soviet Union had fallen. 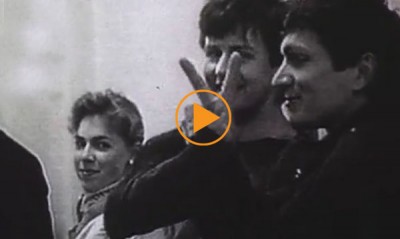 Art for the people: Soviet art under investigation – bridgeman blog

After the Communist revolution in 1917, the new government took control of the art establishment...
Read More