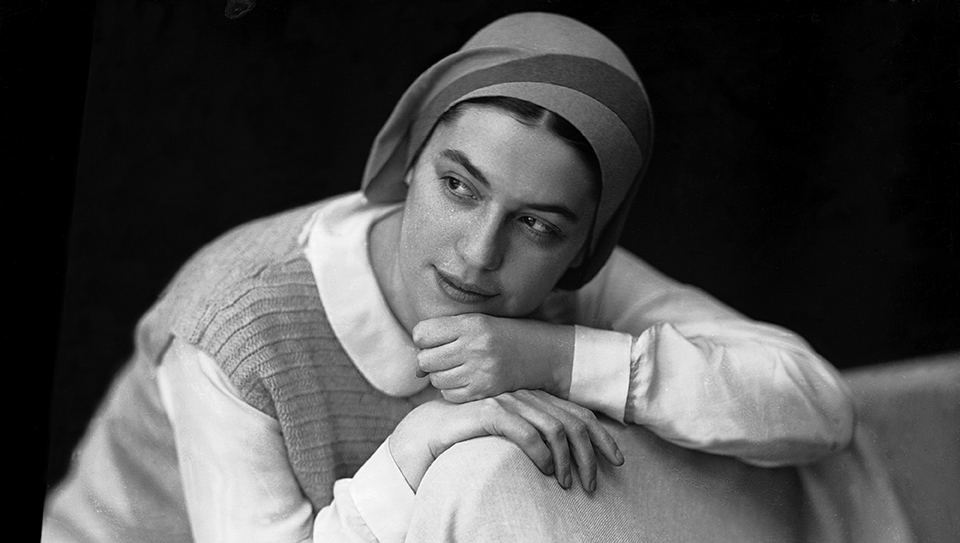 For Wanda Wulz photography was part of her family history, born on July 25, 1903, into a dynasty of photographers who had their studio in the city of Trieste since 1860, she was the granddaughter of the famous photographer Giuseppe Wulz. 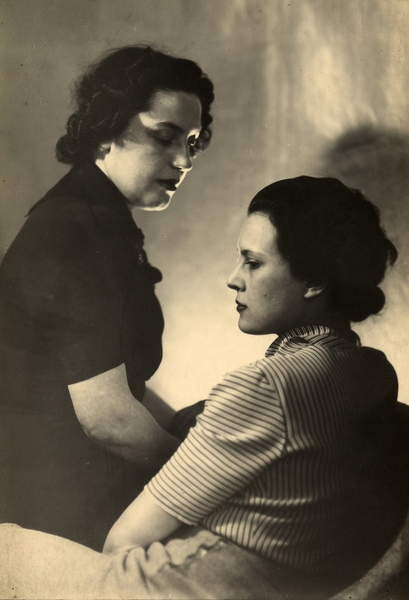 Her grandfather, Giuseppe Wulz, founded Studio Fotografico Wulz in 1868. When Wulz’s father, Carlos Wulz, died in 1928 the photo studio in Trieste, Italy was left to her and her sister, Marion. 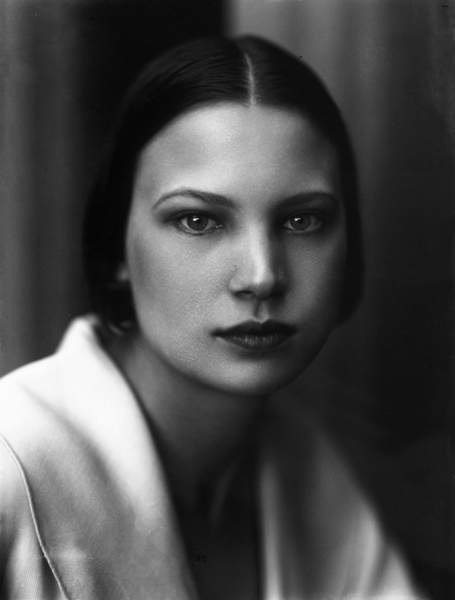 She never married, choosing to devote herself entirely to her work. The genre that made her famous was the portrait. Wulz and her sister, two great female photographers maintained the photo studio until they retired in 1981. 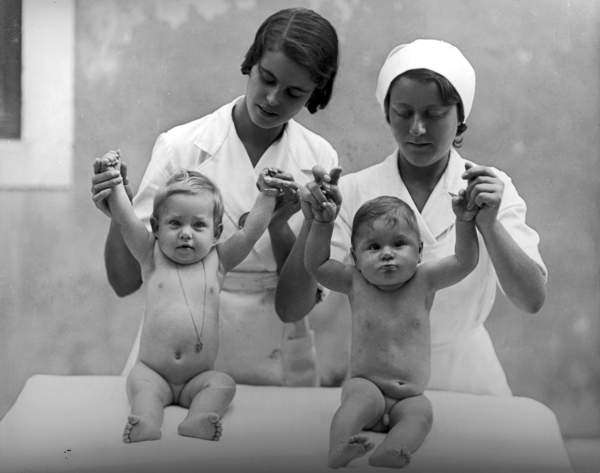 The MET museum website describes "Io + gatto" with these words:

"Wulz (...) created this striking composite by printing two negatives—one of her face, the other of the family cat—on a single sheet of photographic paper, evoking by technical means the seamless conflation of identities that occurs so effortlessly in the world of dreams." 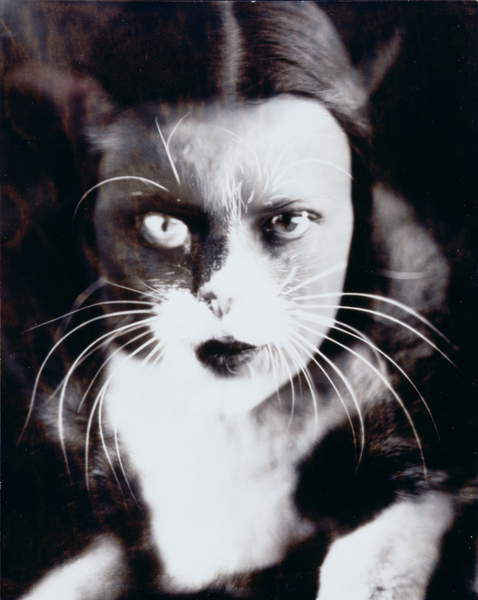 The process is also called a “photomontage”. Photomontages in the late 1800s were used to create images that evoked the composition of paintings. It was not until the early 1900s when John Heartfield and George Grosz created images that had a more obvious collage style. Dadaists of the time used the photomontage style to create work that protested World War I. 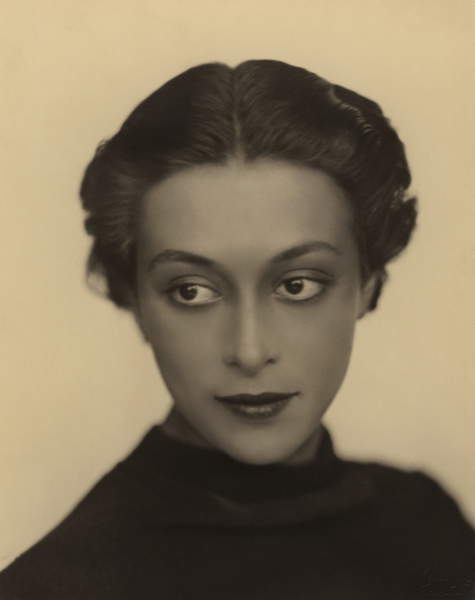 After the war surrealists saw the possibilities and adopted the techniques to create seamlessly absurd and artificial images. Wulz’s image graced the cover of the Metropolitan Museum of Art’s catalogue for the 2012 exhibition  "Faking It: Manipulated Photography Before Photoshop," 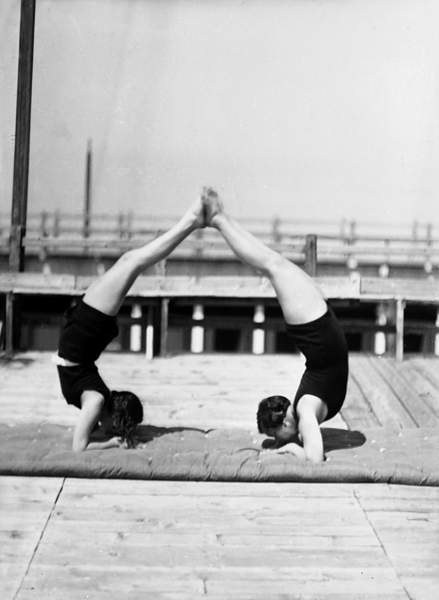