The Ten Most Significant Events in Napoleon Bonaparte’s Life

Napoleon Bonaparte had an action filled life, he battled many wars, travelled widely across the globe conquering numerous nations. This selection of images shows an exclusive view of the most significant events in Napoleon’s life. Including Napoleon’s defeat in Waterloo and his travels to the Island of Elba.

Napoleon and his army were succeeding throughout the Waterloo battle up until the turning point on the 16th / 17th night in June whereby 11,000 of Napoleon’s troops were killed.

In the late February of 1815, Napoleon successfully returned back to France as he managed to sneak past his guards and break free from the Island of Elba.

Image of the allegory of Napoleon as Liberator of Italy 1797 painting by Francesco Alberi (1800).© Stefano Bianchetti / Bridgeman Images

An image of the  treaty of Tilsit is included, these were two agreements signed by Napoleon I in the town of Tilsit, East Prussia. An agreement exclusively between Alexander I of Russia and Napoleon I of France. 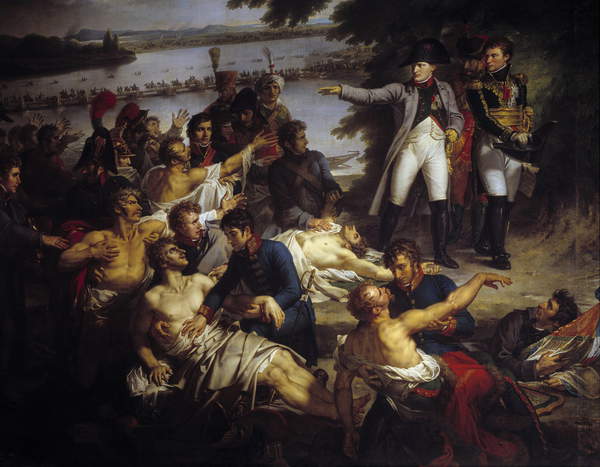 Image of It's over, Napoleon I to Saint Helene (1769-1821) The emperor in exile is represented in a melancholic attitude alone on a rock of Sainte-Helene Island. Painting by Oscar Rex (1857-1929) 19th century Sun. 0,76x0,67 m Malmaison, musee du chateau Photo © Photo Josse / Bridgeman Images

Napoleon’s rise to fame as an ambitious military leader has been recorded in these marvellous...
Read More