The Best Boozy Pictures in Art

From casual movie nights in, to classy affairs and then those crazy nights we struggle to even remember, booze is often a favourite accessory throughout the holiday period. Over the years alcohol has also been a key component of various artworks and has been construed in opposing lights, from promoting happiness and industry to invoking moral depravity. In London during the 1720s, gin was even a safer drink than water!

To get you into the spirit (pun intended), here is my pick of the most iconic images depicting booze: 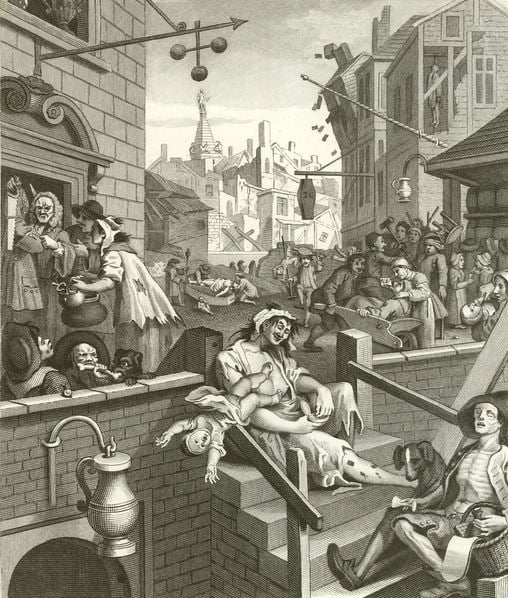 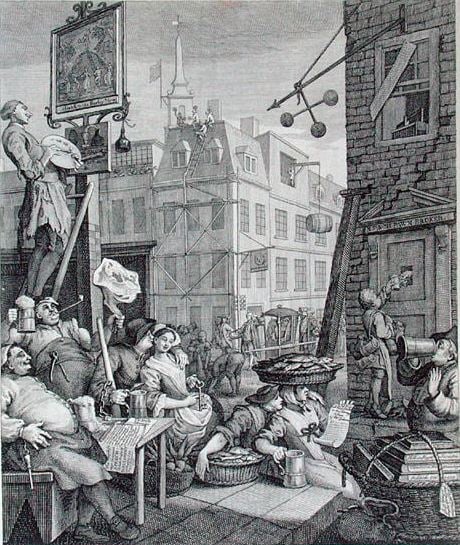 These two infamous prints: ‘Gin Lane’ and ‘ Beer Street’, were issued in 1751 in support of what later became the Gin Act. Designed to be viewed together, they illustrate the vices linked to the consumption of gin in contrast to the perceived merits of beer.William Hogarth loved to depict London’s bawdy, alcoholic side. His low-life, nefarious scenes proved very popular and images following this style came to earn the adjective ‘Hogarthian’.

While the residents of Beer Street are joyful and nourished by their ales, the people of Gin Street are subjected to madness, infanticide, starvation and suicide… The prints were intended to shock the lower classes into reforming, following a gin-craze crisis.

2. The Triumph of Bacchus 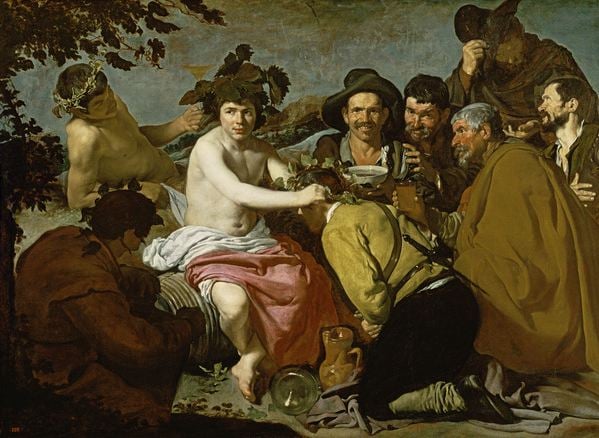 This image was painted in 1628 by one of the most important painters of the Spanish Golden Age, Diego Velázquez, for King Phillip IV’s art collection.

Bacchus is represented at the centre of the painting, illuminated in a classicist style by a pale light. In Greek mythology, he is the god of the grape harvest, wine, ritual madness, fertility, religious ecstasy, and theatre. The ‘party god’, if you will. He is depicted at the centre of a small celebration of people dressed in the costume of the poor. Bacchus acts as an allegory of man’s liberation from the slavery of daily life. 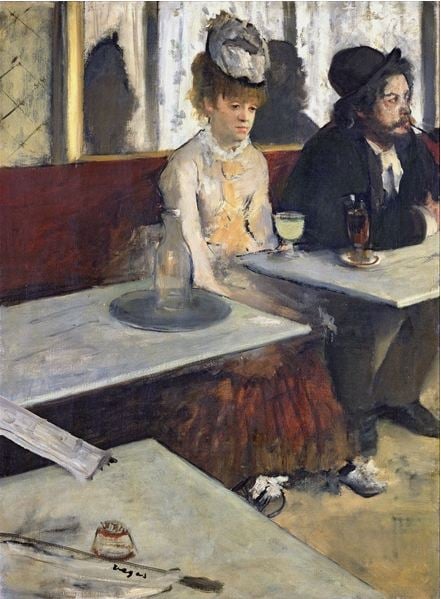 This painting by Degas portrays the increasing social isolation in Paris during its stage of rapid growth. The two figures are the renowned Ellen Andrée and Marcellin Desboutin, an actress and painter respectively who featured in many Impressionist paintings of the period. Andrée is seen staring vacantly down at a glass of absinthe – a highly alcoholic beverage that rose to popularity with bohemians in 18th-19th century France.

Many famous artists such as Van Gogh, Modigliani, Picasso, Toulouse-Lautrec and Oscar Wilde were known drinkers of the ‘green fairy’. Due to its potency and hallucinogenic qualities, the spirit was condemned by conservatives and prohibitionists, and the painting was initially received as a criticism against it and French society. Others later argued that ‘the picture is merely a work of art, and has nothing to do with drink or sociology’.1 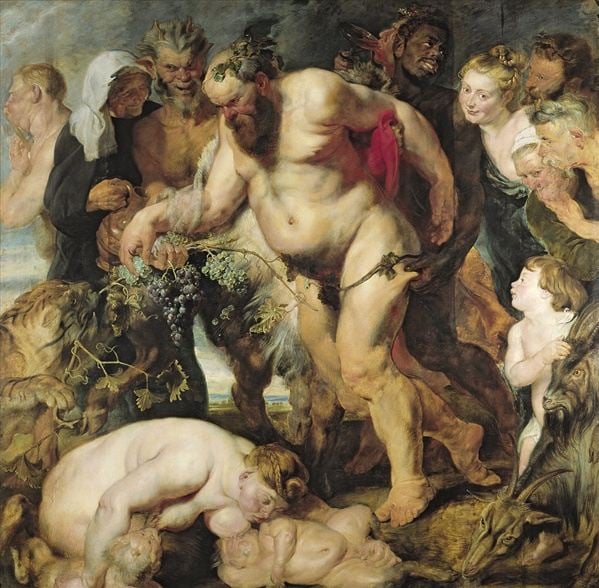 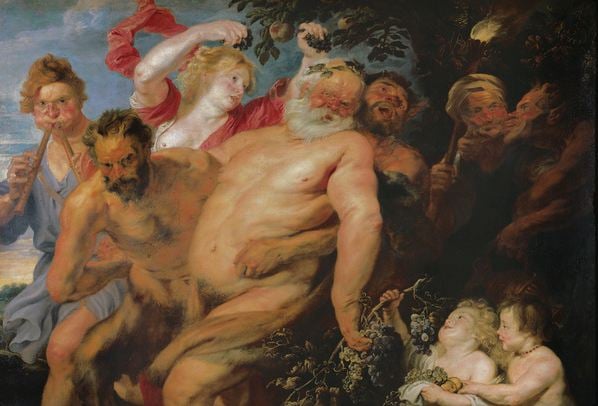 We’ve all got that one friend who’s a bit of a Silenus – Bacchus’ elder companion and notorious wine drinker. He is almost always drunk, and has to be supported by a group of satyrs or a donkey. Just as one might start feeling philosophical when tipsy, Silenus was said to possess special powers of prophecy and knowledge when intoxicated.

Looking alarmingly like a naked Father Christmas, Silenus usually has a fat, flaccid and ungainly figure. Yet despite his form and the seemingly mocking gazes of some of his companions, wine is celebrated here, as the grapes and surrounds allude to it being a symbol of nature and bountifulness. 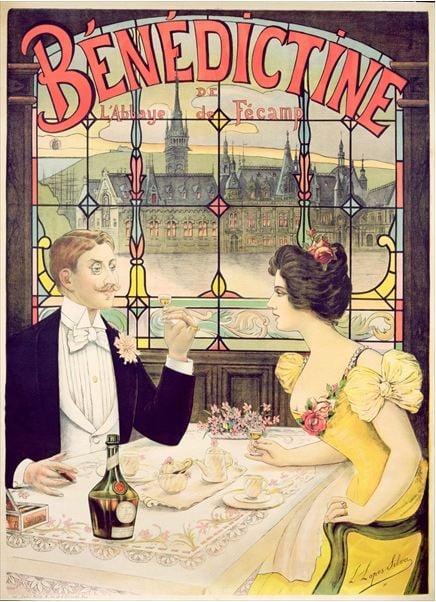 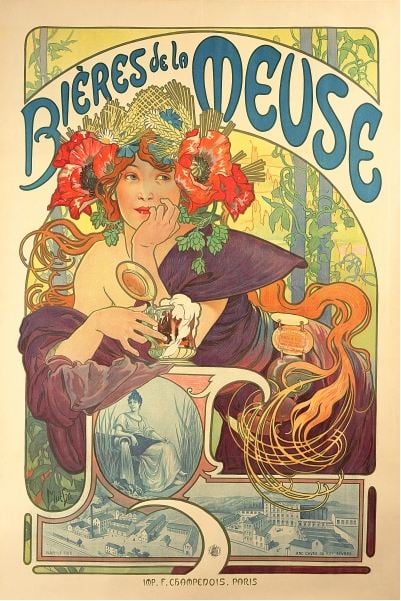 Nothing makes alcohol appear quite so glamorous and sophisticated as the advertising posters of the Belle Époque, or ‘Beautiful Era’. This golden period of Western European history dated from the conclusion of the Franco-Prussian War in 1871 to the start of the First World War in 1917.

It was a time defined by optimism, peace, technological innovations, cultural richness and economic prosperity. As an era of celebration, posters often used colourful, expressive illustrations to advertise various alcoholic drinks and capture the vibrant spirit of the people. 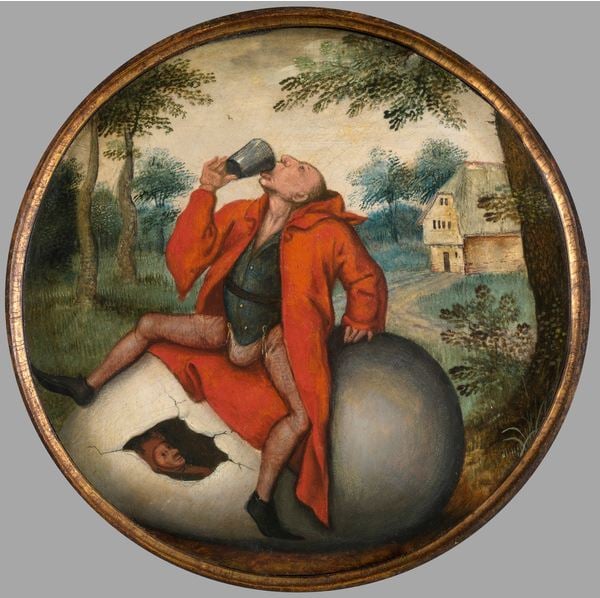 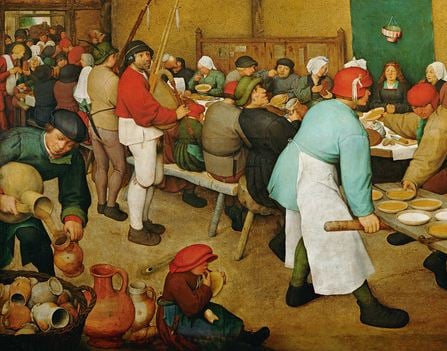 Both Pieter Bruegel the Elder and his son Pieter Brueghel the Younger liked to paint scenes of alcohol-fuelled merriment and chaos. From peasant fairs, village festivals and weddings to the local pub that got a bit out of hand, their paintings emphasise our inability to resist a drink for an occasion, and also the sense of community it creates.

A film about the liberation of the Nazi death camps won prizes at last night’s FOCAL...
Read More

Bonfire Night: a brief social history, or why I’m staying in this year – bridgeman blog