Eat, Drink and be Merry!

Put aside your New Year’s resolution with our Eat, Drink and be Merry selection.

The festive period has become synonymous with eating and drinking, the surplus of Bucks Fizz and mulled wine, or the indulgence of Christmas puddings and mince pies. Throughout art history, images of eating and drinking have been used to illustrate culture and identity. Food and drink can also vividly symbolise religion, tradition and celebration in art.

Inspired by Greek mythology, several 16th and 17th-century artists depicted the Bacchanalian feasts. This was the epitome of hedonism and inebriation, or to eat, drink and be merry. The Greek gods Dionysus and Bacchus were often portrayed at this mythical banquet. Nicolas Poussin (1594 – 1665) painted ‘Bacchanalian Scene’ (oil on canvas), which is currently housed at The National Gallery, London. This scene illustrates a drunken revelry, contrasted with beautiful classic figures. 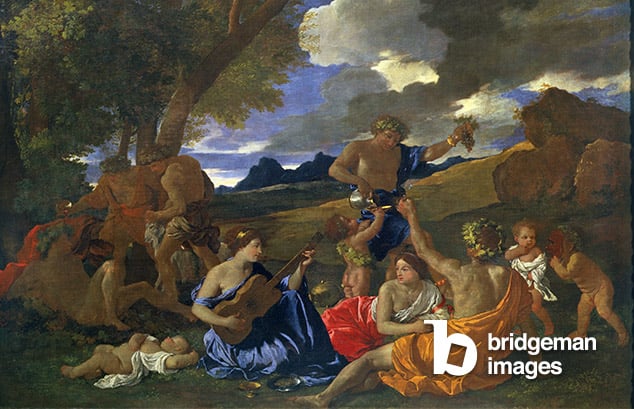 One of the most iconic images in art history is the Last Supper, a meal shared between Jesus and his disciples. The illustration of this scene symbolises the Christian tradition of feasting, which is echoed by Christmas celebrations in the 21st century. Leonardo da Vinci’s depiction of the Last Supper is possibly the most famous. He began painting creating his version in 1495 in the refectory of the Convent of Santa Maria delle Grazie, Milan. Many artists have followed his example by building on his original image. 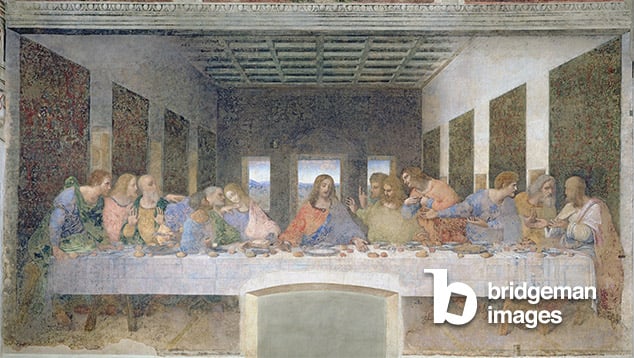 The tradition of representing food and drink within art was revived by the Baroque and Dutch still life painters in the 17th century, or the Golden Age. The ‘Vanitas’ genre was intended to promote morality through the allegorical depiction of food rotting over time. This would frequently incorporate perished fruit and withered flowers, which carried ethical undertones. The intention was to signify ‘memento mori’, meaning a reminder of the transient nature of life and worldly pleasures. Dutch artist Pieter Claesz (1597 – 1660) created a still life oil painting in 1652 which portrayed abundance and luxury through expensive food and wine. 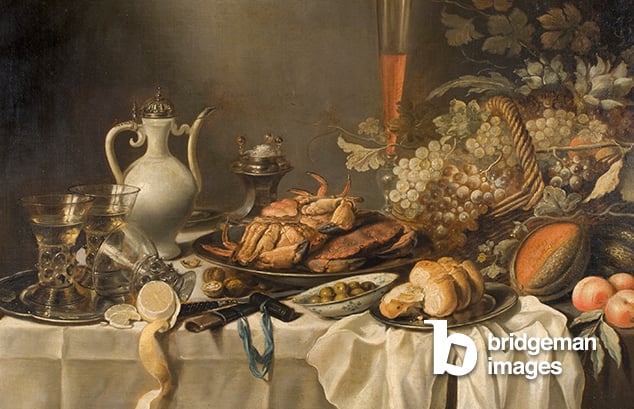 Alongside the Vanitas genre, the trend to include exotic foods in still life paintings was equally developing. The incorporation of these themes represented the trading and colonisation within Africa, Asia, the East and West Indies. In particular, the Netherlands gained much of its wealth from importing precious gems, spices and fruits. The pineapple, therefore, became an interesting status symbol in European art. It was perceived as a rare and costly commodity. Dutch painter Jan Van Os (1744 – 1808) depicted this within a vivid still life. This painting features a beautiful arrangement of flowers interspersed with fruit, including a bold pineapple. The work exudes luxury and wealth. 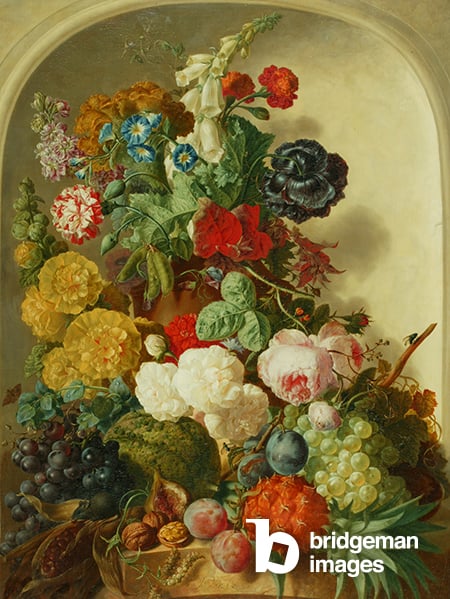 Drinks have also been a fascinating subject in art history, whether to promote morality or merriment. Édouard Manet’s (1832 – 1883) ‘Corner of a Café-Concert' (circa 1878-80) offers a fleeting glance into a lively café. The background of musicians complements the energetic atmosphere. Celebrations are another captivating subject for artists. 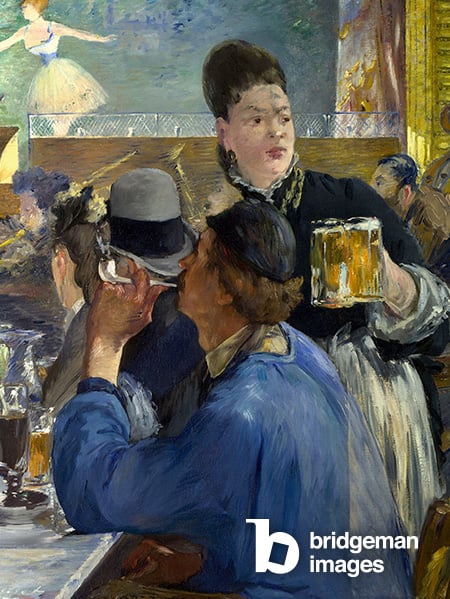 Danish artist Peder Severin Kroyer (1851 – 1909) painted a party scene, ‘Hip Hip Hurrah, Party at Skagen’ (1888). This scene, a champagne toast at a garden table, radiates joy and merriment. Similar scenes of food, drink and celebration have been the subject for artists including Claude Monet (1840 – 1926) and Pierre Augustus Renoir (1841 – 1919). These artists created more delicate representations of feasting and revelling.

The fusion of feasting and Christmas celebration appears throughout art history. Robert Braithwaite Martineau’s (1826 – 69) ‘The Christmas Hamper’ (oil on canvas) illustrates the luxury and abundance of Christmas day. This painting depicts a Victorian family celebrating with gifts, food and drinks. 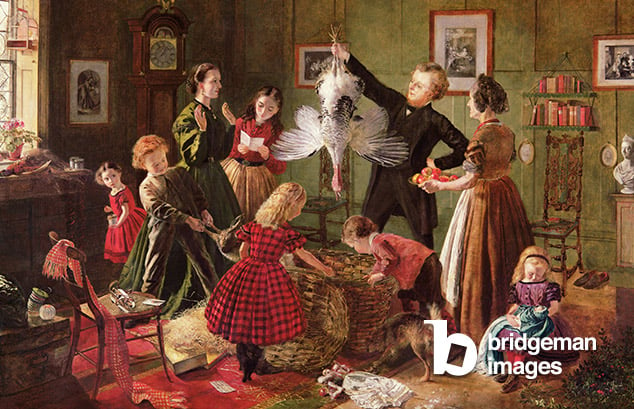 Images of festive desserts were prevalent in Victorian art, such as in ‘Bringing in the plum pudding’, an illustration of an impressive pudding surrounded by a plume of steam. It seems that throughout art history, indulgence is preferable to a New Year’s resolution. 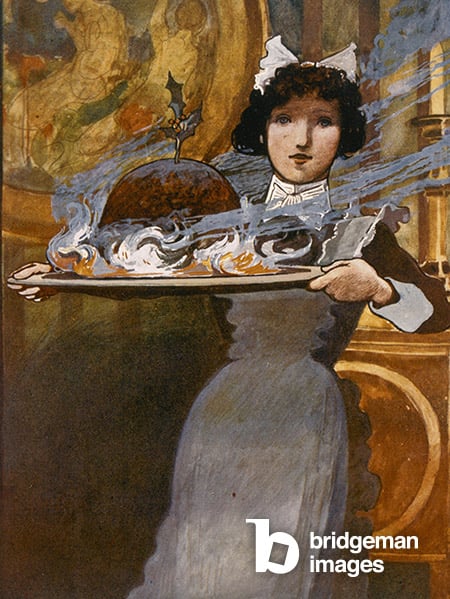 Be Merry with this image selection

Representing the ravaged landscapes and soldiers who would never return, we bring you images by...
Read More

One of the most acclaimed war artists of World War One, Christopher Richard Wynne Nevinson’s...
Read More

Want to know what artworks sizzle Down Under? Here’s our award round-up of the most popular and...
Read More