Over the last 50 years, Bridgeman Images has built up the representation of a wide range of extraordinary library collections around the world thanks to relationships cultivated over its long life.

These include The British Library, Chester Beatty Library, New York Public Library, Trinity College Library, Newberry Library and The Bibliotheque Marmottan. Libraries are gateways to knowledge and culture. Resources found within these collections offer creative opportunities for learning, education and help shape new ideas that are central to an innovative society. As we enter the spring month of May, we are thrilled to showcase an overview of the libraries we work in partnership with. 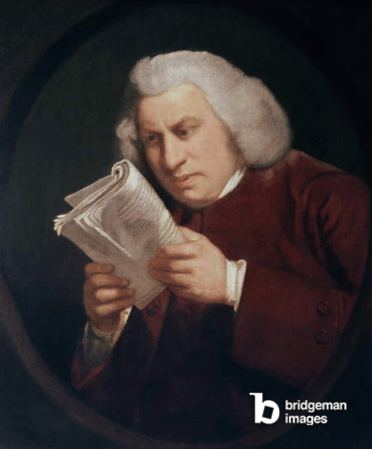 The libraries we work in partnership with offer a vast range of extraordinary collections. We represent these global collections by providing a central source of fine art and photography for image users. We aim to make these images accessible to our users on a commercial basis. Explore what we have to offer as a wide range of media including anthropological artefacts, art, glass, ceramics and literature are all available for reproduction.

The British Library - the national library of the United Kingdom - is estimated to hold between 170 & 200 million items sourced from many countries. The major research library has items in many languages, and in many formats including play-scripts, videos, databases, maps, prints, stamps and drawings.
Around 14 million books can be found within the collection, along with a number of substantial items and manuscripts dating as far back as 2000 BC. Did you know that handwritten Beatles lyrics can be found on some 400 miles of their shelves?

The Chester Beatty Library is a museum and library established in 1950 in Dublin. The library was designed to house the collections of the mining magnate, Sir Alfred Chester Beatty. The present museum is situated on the grounds of Dublin Castle, it opened on 7 February 2000 - the 125th anniversary of Beatty’s birth. The museum's collections are displayed in two main galleries: ‘Sacred Traditions’ and ‘Arts of the Book’. Both displays exhibit prints, drawings, paintings, rare books and decorative arts from Islamic, East Asian, Western and Persian Collections. 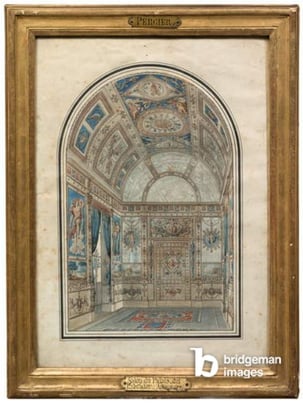 Let's take a trip now to the Bibliotheque Marmottan in Paris. Devoted to the period of the First Empire, the Marmottan library houses a collection of books, engravings, paintings and furniture recreating the atmosphere in which Paul Marmottan (1856-1932), historian and collector of the Napoleonic era, lived. Through fascinating documentation, illustrations, paintings and engravings one can browse a significant portion of the collection through the Bridgeman Images website. 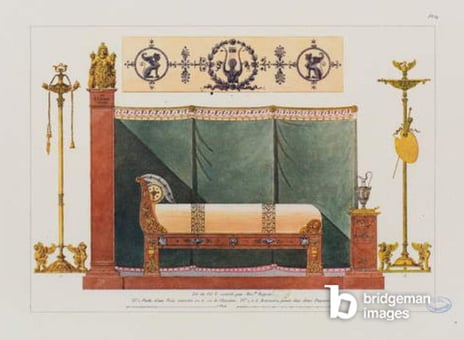 The Newberry Library is an independent research library specialising in the humanities. It is located on Washington square in Chicago, Illinois. The collection encompasses a variety of topics related to the cultural production and history of Western Europe and the Americas over the last six centuries. The library is named to honour the founding bequest of the estate of philanthropist Walter Loomis Newberry. Core collection strengths support research in several subject areas including maps, music from the Renaissance to the early twentieth century, travel, exploration and early contact between Western colonisers and indigenous peoples in the western hemisphere. 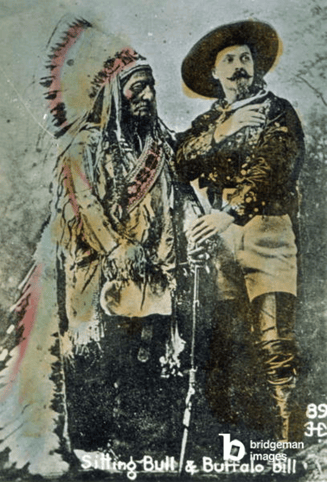 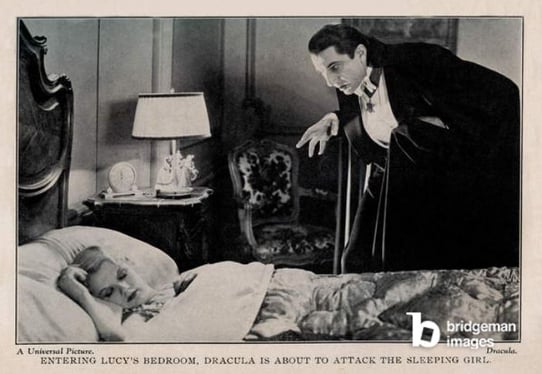 Although the Bridgeman Images archive is known worldwide for its extensive art archives, literature - from page scans of original print runs, illustrations and covers - and content surrounding the world of writing, such as author photography, paintings and engravings - is a huge part of our collection at Bridgeman Images. Join us as we celebrate these Literature Themed Anniversaries in May 2022: 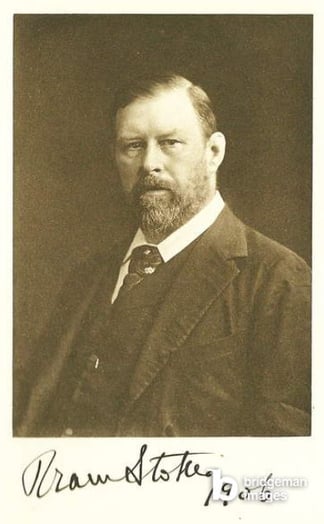 Bram Stoker was an Irish author, best known today for his 1897 Gothic horror novel Dracula. Dracula is an epistolary novel - it was written as a series of documents. The narrative is related through diary entries, letters and newspaper articles. There is not a single protagonist in this novel but it opens with solicitor Jonathan Harker who takes a business trip to stay at the castle of a Transylvanian noble, Count Dracula. While working for the Irish Civil Service, Stoker became the theatre critic for the Dublin Evening Mail, which was co-owned by Sheridan le Fanu, an author of Gothic tales. This was perhaps his first influence into the Gothic - Horror genre.
Over a hundred pages have been written for the Dracula novel - all of which mainly draw from Transylvanian history and folklore. The name ‘Dracula’ was chosen by Stoker whilst holidaying in Whitby's public library - he thought it meant 'devil' in Romanian!

19th May 1897 - 125 years since Poet and Playwright Oscar Wilde was released from Reading Gaol. 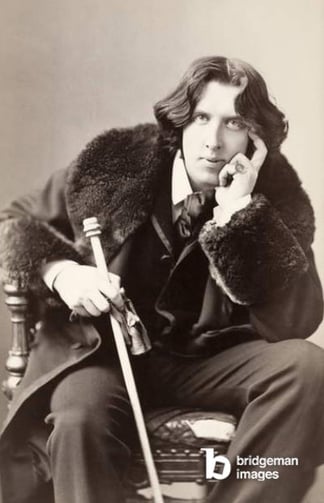 Wilde was born and educated in Ireland. He studied at Oxford and graduated with honours in 1878. Wilde embraced the 19th century aesthetic movement which embraced art for art's sake. His first volume of verse which adopted a flamboyant style was published in 1881. On May 19, 1897, Oscar Wilde was released from jail after two years of hard labour. Oscar Wilde was incarcerated after being convicted of gross indecency with other men in 1895. His experiences in prison were the basis for his last work - The Ballad of Reading Gaol (1898). The Ballad of Reading Gaol is a poem, written whilst Wilde was in exile in Berneval-le-Grand. After his release, Wilde fled to Paris and began writing again; he sadly died of acute meningitis just three years after his release.

3rd May 1937 - 85 Years since Margaret Mitchell won the Pulitzer Prize for her novel ‘Gone with the Wind’. 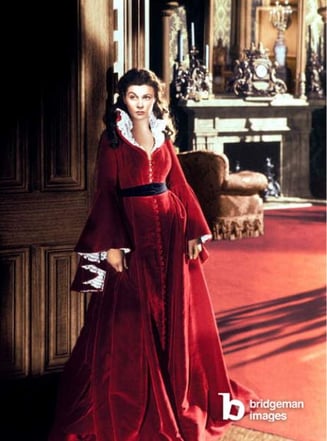 Margaret Mitchell was an American novelist and journalist. She wrote only one novel, published during her lifetime - the American Civil War era novel Gone with the Wind. She was awarded the National Book Award for Most Distinguished Novel of 1936 as well as the Pulitzer Prize for the novel in 1937. The Pulitzer Prize is an award for achievements in newspaper, magazine, literature, online journalism and musical composition within the United States.
Gone with the Wind is set in Clayton County and Atlanta, both in Georgia, during the American Revolution and Reconstruction Era. The story depicts the struggles of young Scarlett O’Hara - the spoiled daughter of a plantation owner. O’Hara is seen to claw her way out of poverty following Sherman’s destructive ‘March to Sea’. The title of the novel was taken from the poem ‘Non Sum Qualis eram Bonae Sub Regno Cynarae', written by Ernest Dowson.
As of 2014, a Harris poll found the book to be the second favourite of American readers -- just behind the Bible!

Do you need any help?

Can’t find what you are looking for? Contact us

We are always happy to help you in your search- without any extra requirements or costs.

Finally, if you want to register or connect to our site you will be able to access several additional tools; including the ability to download images and videos faster.

While we celebrate our animals every day of the year, unfortunately National Pet Month (01 April...
Read More

Ivan the Terrible - his life and how he got his name

In the West today, Russia is often, if sometimes unfairly, stereotyped as a shadowy and hostile...
Read More

Get your history heads on: we’re diving into Greek and Roman mythology! Pergamon Altar....
Read More