Are you ready for fright night? Halloween is approaching and so is a fresh crop of scary movies, including a new adaptation of Hansel and Gretel, new imaginings of The Grudge and Halloween – proving the appetite for the macabre that we seem to have isn’t going away! Surprisingly, many of the elements in horror films share similar stylistic tricks to those in Gothic literature, though they can be approached very differently.

Gothic elements include the following: 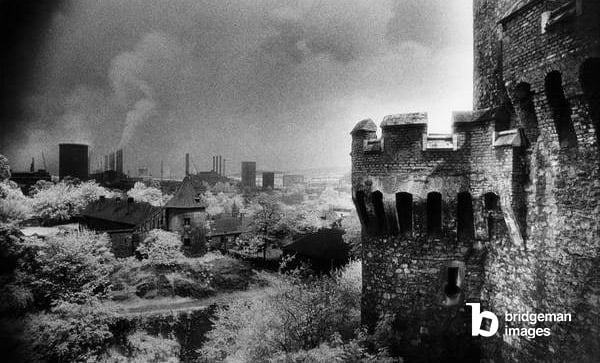 1. Set in a haunted castle or house

The main location, usually an old castle plagued by an ancestral curse, is a vital element in Gothic fiction, providing a dark and threatening back-drop.

Horace Walpole was avidly interested in medieval architecture, transforming his villa into a castle, complete with turrets and towers. It is an early example of Gothic Revival architecture.

Placing a story in a domineering Gothic building drew on feelings of awe and isolation.  Corvin Castle is undoubtedly the spookiest of all Gothic castles, located in Transylvania. Vlad the Impaler III (more commonly known as Dracula) was allegedly held prisoner here. See more spooky buildings.

The scary visual of the isolated castle has famously translated to film. Most notably, an early example of a gothic castle in film can be seen in Nosferatu, where the titular vampire lives. Architecture is used throughout the film in addition to striking visual cues such as dramatic lighting – for which German Expressionist cinema is best known – to cause Orlok to appear frightening both up close and from afar.

2. A damsel in distress

The female lead often face events that leave them terrified, screaming and fainting. Returning to her medieval role as damsel in distress, the virtuous heroine is typically incarcerated in a castle and pursued by a sadistic aristocrat. Early examples in this genre include Matilda in Horace Walpole’s ‘The Castle of Otranto’ and Emily in Ann Radcliffe’s ‘The Mysteries of Udolpho.’ 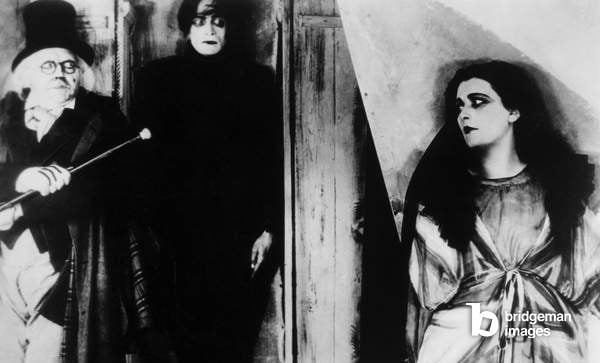 Of course, the damsel in distress is as much a film icon as it is a literary one, with the character type being featured across a wide range of media. An early example in film is the character of Lil Dagover in F.W. Murnau’s The Cabinet of Doctor Caligari, whose melodramatic flailing typifies what is today regarded as a somewhat dated character trope, but not without its clear display of visual dread. 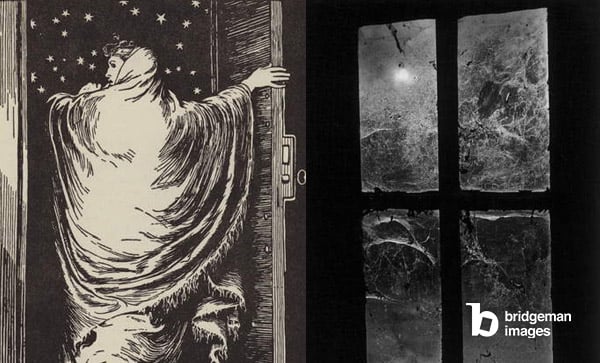 3. An atmosphere of mystery and suspense

The work is pervaded by a threatening feeling, a fear enhanced by the unknown. When first published, Wilkie Collin’s ‘The Woman in White‘ was identified as a “sensational novel.” The story involves family secrets, faked identities, and false imprisonment. 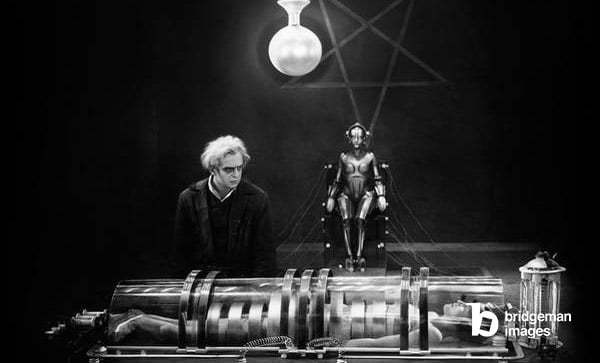 Director Fritz Lang and Brigitte Helm (in costume) on set of the film METROPOLIS, 1927. Note the inverted pentagram symbol in the background/ Bridgeman Images

The concept of alchemy and experimenting with living organisms would now be classed as a science fiction idea but it began life as an element of the gothic, seen in poems and victorian text, from Edgar Allan Poe to Fritz Lang’s 1927 film Metropolis, where the bubbling laboratory of the crooked scientist Rotwang is adorned with an inverted pentagram – itself a symbol of the occult. 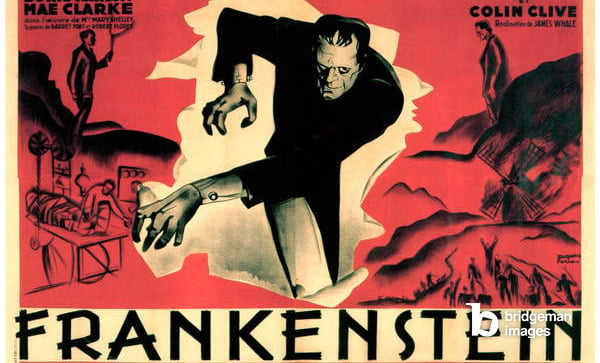 4. There is a ghost or monster

In Mary Shelley’s ‘Frankenstein‘, Victor Frankenstein creates a monster using body parts from deceased criminals in an attempt to make the perfect human being.  Other main characters have included supernatural or grotesque creatures, ranging from vampires, devils, ghosts, monsters, demons, zombies to evil spirits, the “possessed,” and werewolves. 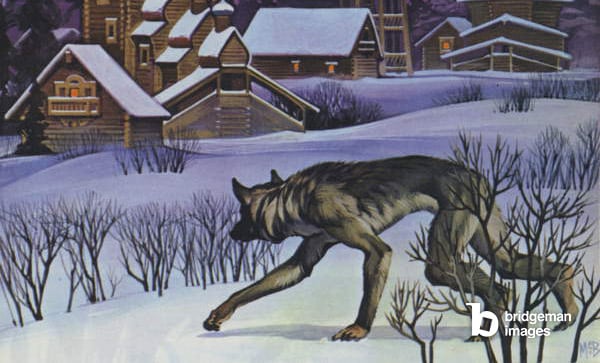 Sometimes, the villain is more than merely a monster from one’s nightmares. On occasion, and perhaps more prevalent recently with advances in biology and technology, the central villain will themselves be part one creature and part another – for example, a cyborg or mutant. Today, body horror is one common element of horror films and programs.

5. The weather is always awful

Flashes of lightning accompany revelation and thunder and downpours usually prefigure the appearance of a character or the beginning of a significant event. The storms and wind that sweep through ‘Wuthering Heights‘ signify how the characters are at the mercy of forces they cannot control.  In ‘Rebecca’, the weather mirrors the characters’ moods; a fog descends when the narrator, the second Mrs. de Winter is confused and depressed. 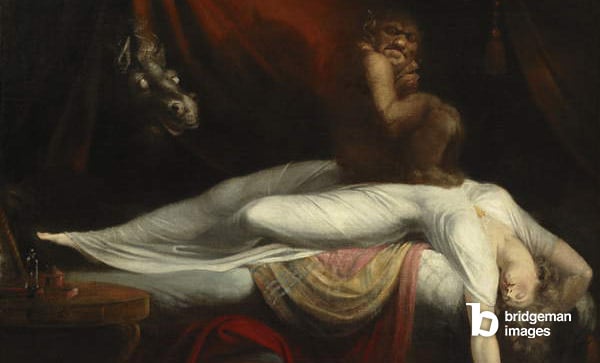 Fuseli, the quintessential Romantic artist is often quoted as saying, “One of the most unexplored regions of art are dreams” and writers as diverse as Walpole, Stoker and Shelley were all inspired by  vivid and unsettling nightmares.

Disturbing or prophetic dreams are frequently experienced by these writers’ fictional characters as well, used as a plot device to emphasise their insecurities and fears. 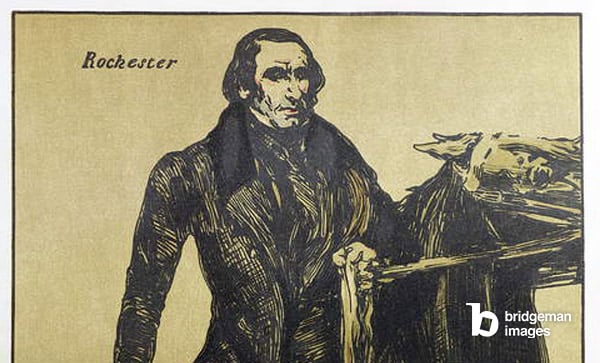 Aristocratic, suave, moody, solitary, cynical and nursing a guilty secret, this darkly attractive and conflicted male figure surfaces everywhere in Gothic fiction. Both Maxim in ‘Rebecca’ and Mr.Rochester in ‘Jane Eyre‘ are tormented by their pasts and both their ancestral homes go up in flames. 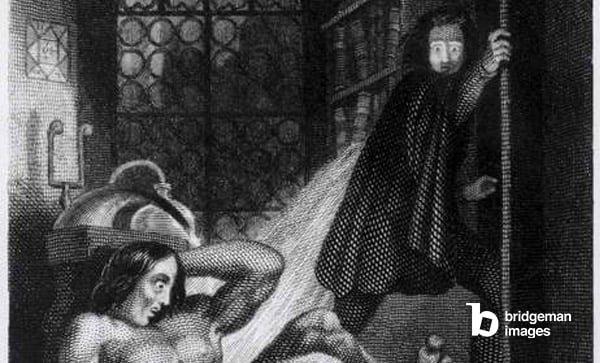 This curse or damnation is a “hangover” of traditional religious ideology to chastise the character for some wrong against the moral order. Haunted or hounded figures also include Mary Shelley’s Frankenstein who is both pursued by and pursues his monster, and, in turn, modern figures such as Edward Scissorhands from the 1990 movie of the same name represent a modern interpretation of this archetype. They have committed no crime, but their existence alone is enough. 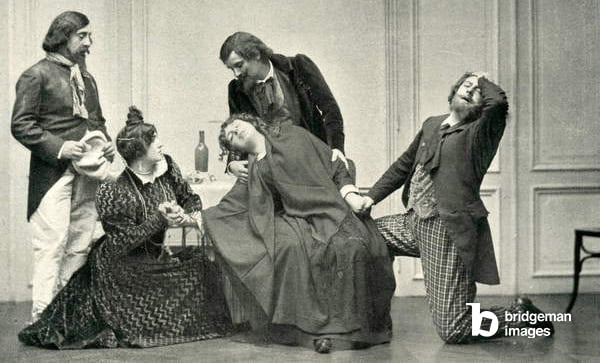 Emotions run high in Gothic literature reflecting a heightened sense of drama.  Women have a tendency to swoon and men rage in reflection of unseen inner torments.  There are also murders, kidnappings and people going mad. The villain is usually the central character but fate intervenes in the end to ensure good triumphs over evil.

As mentioned above, melodrama is a key element of silent cinema, which lent itself very nicely to gothic and horror-themed stories. The highly stylised, gestural nature of performance made emotions and personalities immediately evident. 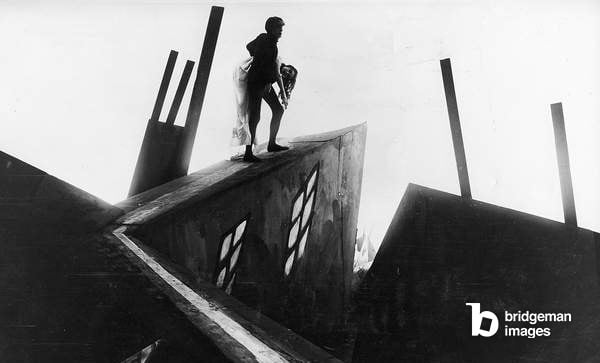 The Gothic novel is enthralled with death and the supernatural contributing to an atmosphere of horror. If Gothic literature reflects a wish to overcome one’s mortality, there is also a fear of those who somehow manage to transcend it; i.e. vampires, whom are at once both dead and alive.

There is also a Gothic obsession with the bodies of dead women. Edgar Allan Poe said that the death of a beautiful woman is “the most poetical topic in the world”. In nearly every one of his tales, one of the characters has died or is being mourned. 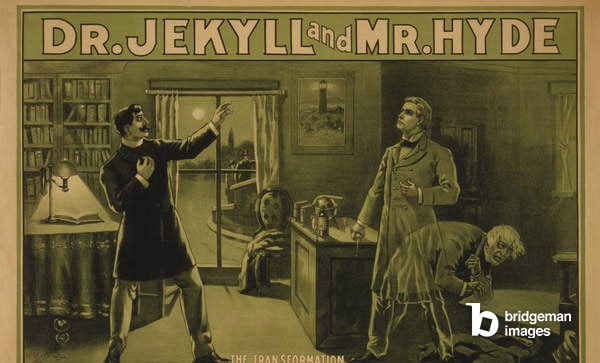 Robert Louis Stevenson’s ‘Strange Case of Dr Jekyll and Mr Hyde‘ (1886) tapped into contemporary anxieties. Dr Jekyll is eminently respectable while Mr. Hyde is brutal and ape-like.  The twist is that both represent two facets of the same person.

Influenced by Darwin’s theory of evolution, such a nightmarish biological lineage that denied the superiority of humans, feeds into many late-Victorian Gothic novels. 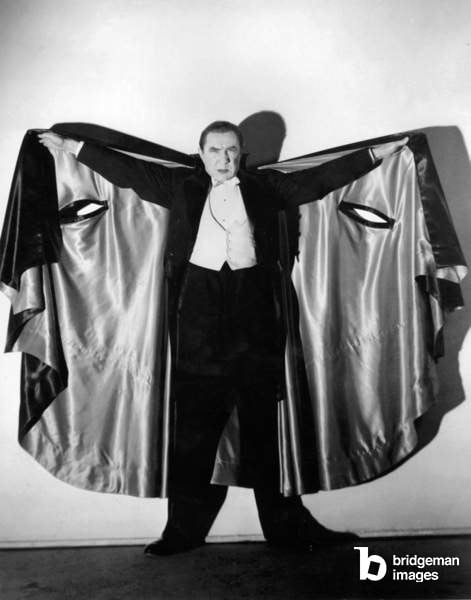 The origins of the Gothic novel

The origin of the Gothic novel is largely attributed to Horace Walpole’s ‘The Castle of Otranto‘ in 1764, the story of which was inspired by a dream he had at Strawberry Hill, his ‘ little Gothic castle.’

The words Goth and Gothic describe the Germanic tribes (Goths, Visigoths, Ostrogoths) who ravaged Europe in the Middle Ages. By the eighteenth century in England, the term Gothic had become synonymous with the medieval era, perceived as superstitious, barbaric and unenlightened. It morphed into a genre of Gothic literature which had a fascination with death and the supernatural, influencing many art forms that we know today that seek to shock and entertain. 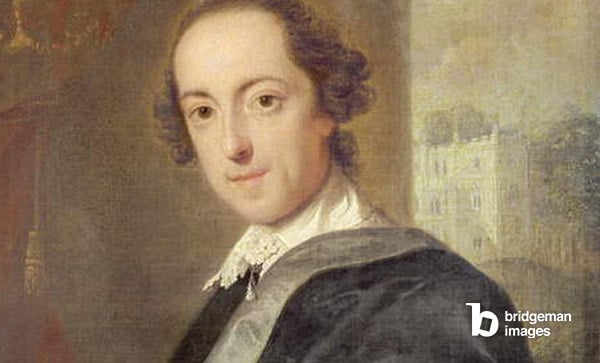