August is here, which means we're in Music Festival Season around the world! From culturally significant historic events to popular contemporary festivals featuring the latest up-and-coming artists, discover our highlights of music festivals in all genres from around the world, right here.

All of the images you will see here are pulled from collections in the Bridgeman Images archive. Contact us to license any of the images on this page, or reach out to discuss your current projects! 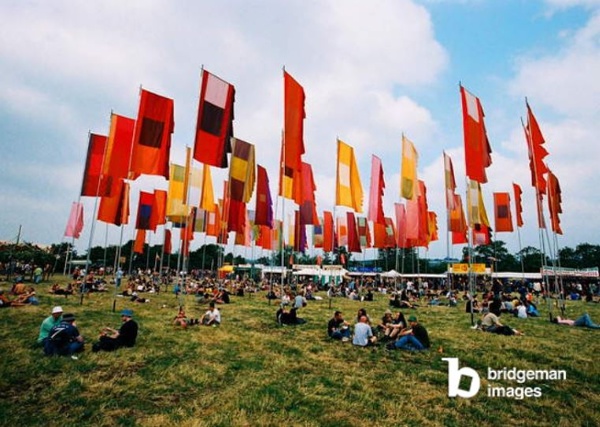 No Festival overview would be complete without at least a mention of Glastonbury! A five-day extravaganza of contemporary performing arts, many of which are live bands, the festival also hosts dance, comedy and circus performances, in addition to theatrical experiences and cabaret shows. It is attended by over 200,000 people every year. Featured musicians this year include Diana Ross, Billie Eilish, Paul McCartney, Kendrick Lamar, Years & Years and Elbow. 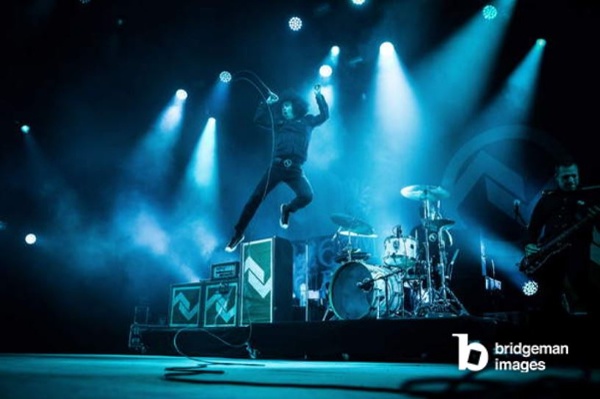 Roskilde is an annual four-day Danish music festival and one of the largest music festivals in Europe - it is the single largest festival in the nordic countries. Created in 1971 by two students and a single promoter, the now gargantuan festival had modest beginnings, and today features some of the biggest acts in live music, including Dua Lipa and Post Malone. The festival is known for its focus on mindfulness and sustainability and continues to attract huge audiences. 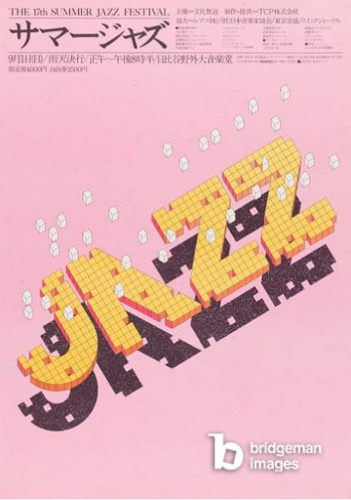 The Tokyo Jazz Festival attracts an ever more eclectic mix of international and Japanese artists as the years go by -- and we adore the lithographic designs on their vibrant posters! Unlike many music festivals, free performances on the streets around the main event location in Yoyogi Park occur as part of the festival for non-festival ticket holders. Elsewhere, at paid events across the city, a range of performers can be seen in a variety of venues including well-known names and the latest up-and-coming artists. Within Japan, the event is known as a great day/evening out for music lovers, families or those looking for a chill-out activity - a far cry from the headbanging mosh-pits of metal and rock festivals elsewhere in the world. 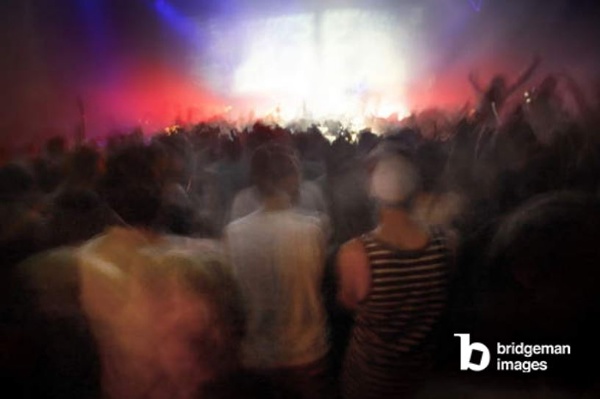 Sonar is an electronic and experimental music festival, founded in 1994. Its focus is not so much on popular music and big names (though in the past large names in the world of electronic music have featured) - the focus is more on creativity, technology, innovation and art. It runs for three days in June each year - and if you are a fan of electronic music, techno or house, this is the festival for you! 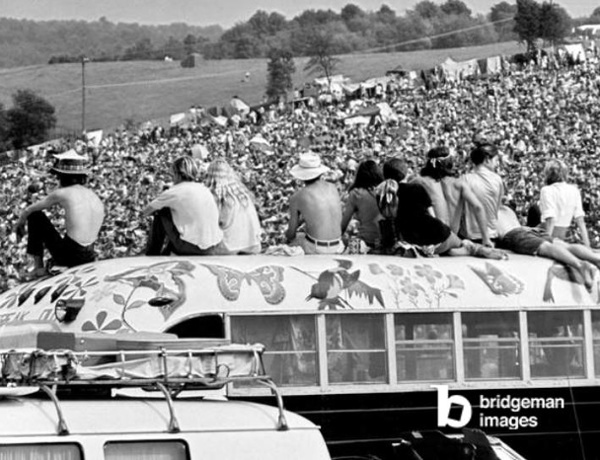 The historic Woodstock festival is perhaps the most iconic festival of all time. Held 40 miles from Woodstock, the festival grounds were actually in Bethel on Max Yagsur's farm. In many ways it was a precursor to today's modern music festival, and is widely regarded - around the world - as a pivotal moment in popular music history as well as a defining moment for the counterculture generation, perhaps most significantly that of 'hippie' counterculture. A 1970 documentary film was produced of the event which cemented its significance. It attracted an audience of more than 400,000. Perhaps the single most popular performance of the whole event was that of Jimi Hendrix. He took to the stage at 8:30 in the morning on Monday, the last day of the festival. Hendrix played a two-hour set with The Experience, his band, which included a psychedelic rendition of the national anthem. 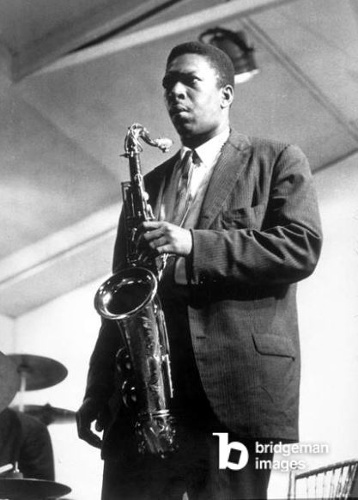 Newport Jazz Festival was among one of the first modern music festivals in America and first began in 1959. It was and remains extremely successful, and sprouted an offshoot in the Newport Folk Festival, which itself remains a focal point in the rapidly expanding genre of Folk Music. The Jazz iteration is known for its legendary historic performances of Jazz luminaries. Most of the early festivals were broadcast on Voice of America radio, and many performances were recorded and released as albums.

Founded in 1967 by Claude Nobs, the Montreux Jazz Festival takes places over two weeks each summer in Switzerland on the shores of Lake Geneva. While known for its history of world-class Jazz performances, over the years the festival has become home to a diverse range of musicians - from David Bowie to the Beastie Boys and Alice Cooper to Kraftwerk.

Originally a counterculture event held from 1968 to 1970, the Isle of Wight Festival is today a pop and alternative music festival which is held annually in Newport on the Isle of Wight. Popular acts in recent years that have performed there include Lionel Richie, Lewis Capaldi, Jess Glynne, Duran Duran and Becky Hill. Not to be confused with Bestival, also on the Isle of Wight, which was a fantastic pop and dance music festival - home to acts such as Underworld, MGMT and Feeder - which is sadly not currently active. 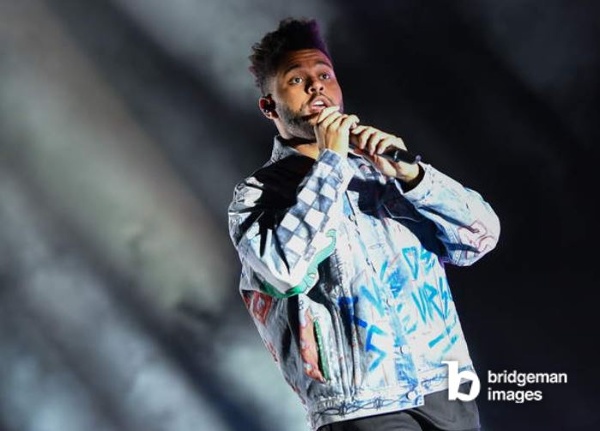 Lollapalooza is an annual four-day music festival held in several locations around the world. It originated in Grant Park, Chicago, USA. It had a diverse range of bands from its inception and has never focused on a specific genre. Unlike other festivals, Lolla (as it has become known), now boasts several international branches all of which feature their own unique line ups. The Berlin and Sao Paulo branches remain extremely popular locations for the festival. 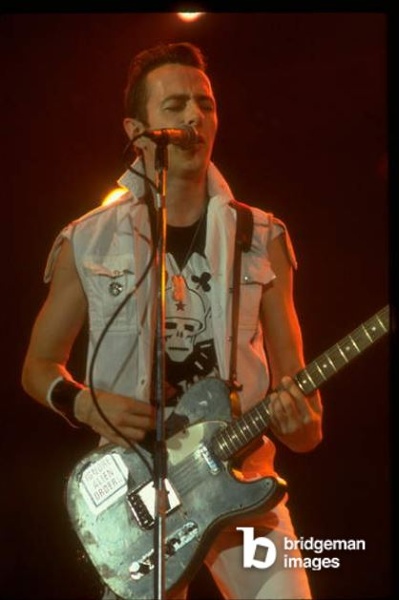 The US festival - pronounced as the pronoun 'us' and not as initials - was intended by Steve Wozniak - co-founder of Apple - to encourage the youth of the 1980s to think more about their community and raise awareness of how technology could be combined with rock music. Wozniak paid for the construction of a new venue as well as an enormous state-of-the-art temporary stage for the two festivals, which were held in Southern California, 100km east of LA. They were held on Labour Day weekend in September 1982, and then again less than nine months later, over Memorial Day weekend in May 1983.

The Reading and Leeds festivals are a pair of UK based festivals which operate annually over the August bank holiday weekend. They share the same lineups, with bands swapping around on certain days, ensuring that both festival grounds experience the full lineup as close as possible. It initially started out as a rock and alternative type of festival, but evolved into more of a popular music festival as the years went on.  It remains extremely popular in both Reading and Leeds. Bring Me The Horizon, Bastille, Rage Against The Machine and Arctic Monkeys are among the headliners announced for 2022.

or Click here for our overview of festival-related curios from the archive.

Can't find what you are looking for? Contact us. We are always more than happy to help you with your research, at no obligation or additional cost.

Finally, if you want to register or connect to our site, you will be able to access several additional tools, including being able to download images and videos faster.

Wilderness Festival: a celebration of the arts and outdoors – bridgeman blog

Take every image that you associate with a music festival of old, throw it out and start afresh. ...
Read More

Festivals have become a staple during the summer months, with over a thousand taking place in the...
Read More