In November 1945, amidst the destruction of the immediate aftermath of the Second World War, the Victors’ military trials got underway in the bombed out city of Nuremberg. This signalled the final downfall for many of the most influential and powerful men in the Nazi party who orchestrated the devastation of Europe and the crimes against humanity witnessed in the years 1939-1945.

The most prominent member of the trial was Hermann Goering, Hitler’s deputy and former Commander in Chief of the Luftwaffe, the German air force. This trial was to mark the end for Goering, a man who had experienced power at almost the highest level in the Nazi party. He was also a complex character, a self-labelled ‘Renaissance Man’ with a priceless collection of art, almost the entirety of which was stolen from across Europe. 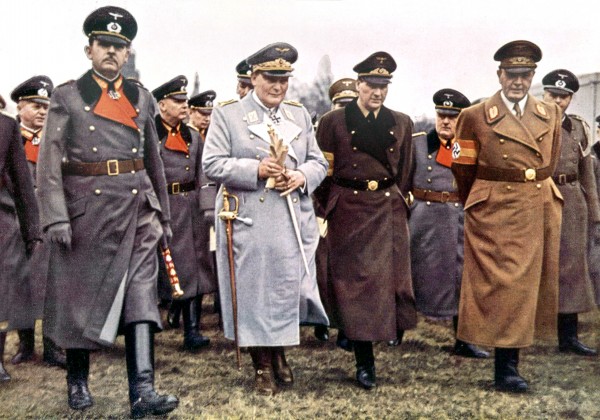 Hermann Goering first came to public attention in the First World War as a fighter pilot ace, finishing the war with seventeen air victories, a highly respectable total, leaving him a war hero. In 1923 after seeing one of Hitler’s speeches, he became a member of the newly founded Nazi Party. Hitler appointed him head of the SA, the Nazi’s paramilitary wing.

Hitler remembered being immediately impressed by Goering, ‘I liked him. I made him the head of my SA. He is the only one of its heads that ran the SA properly.’[1] He was made Commander in Chief of the Luftwaffe, a position he would hold to the end of the war. Goering, however, started to take a less active governmental and military role after falling out of favour with Hitler, following the disastrous defeat of the Luftwaffe in the Battle of Britain. This gave more time to spend compiling his art collection. 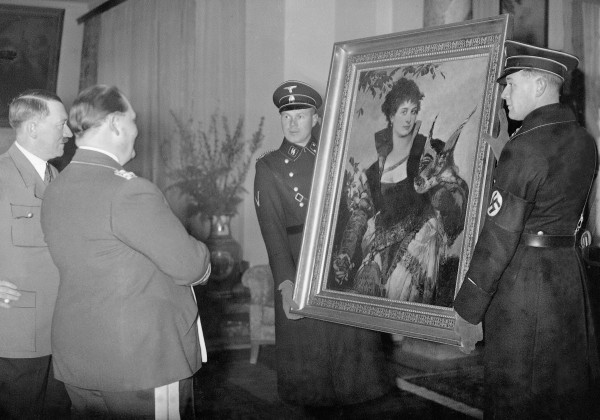 Goering would have described himself as a renaissance man, though in reality, he was a bizarre eccentric who would change costume five times a day, ranging from full military regalia, he had designed himself to, a medieval peasants’ hunting costume. His strange vanity is summed up by a joke of the day that he probably ‘wears an admiral’s uniform to take a bath’. 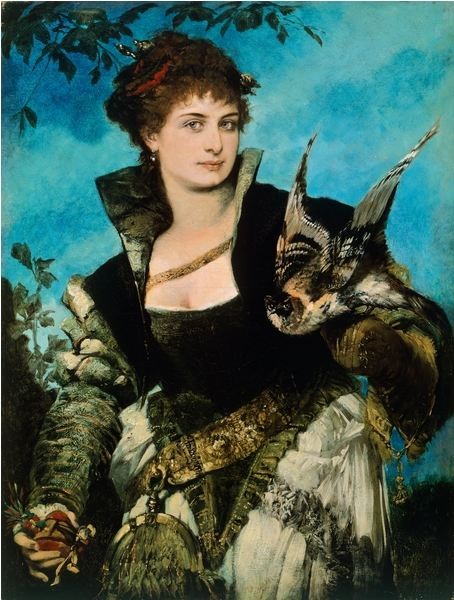 This man of aesthetics was equally pleased by paintings. ‘The Falconer’ by Hans Makart was presented to him in 1938 by Hitler as a gift. Goering would, as early as the 1920’s travel Europe and visit museums, or wealthy Jewish owners, and confiscate their artworks. This resulted in an extensive 1,800 piece collection of paintings, ranging massively in styles.

There were portraits by Gainsborough, Reynolds and Franz Hals. Old masters such as Rembrandt, Van Dyck and Velazquez were well represented, along with early Renaissance painters Botticelli and Paolo Uccello. He possessed several rococo works by Fragonard and Boucher, along with many Renoirs and even a Matisse. The total value of his collection was estimated at $200,000,000.

Goering was once caught out however. He clamoured to own a Vermeer to crown his collection, so when a previously unknown ‘early Vermeer’ depicting the biblical scene of Christ and the Adulteress was offered to him,  he snapped it up with great enthusiasm as nobody had ever found a biblical or historical painting by Vermeer.

It remained in his possession until the end of the war, when it was discovered to be painted by Dutch forger, Han Van Meegeren, who served one year in prison for his crimes. He was however, very popular in his native Holland as the man who swindled Goering. When he was informed that in fact his ‘Vermeer’ was a fake, “[Göring] looked as if for the first time he had discovered there was evil in the world”[2], which has a certain irony to it. 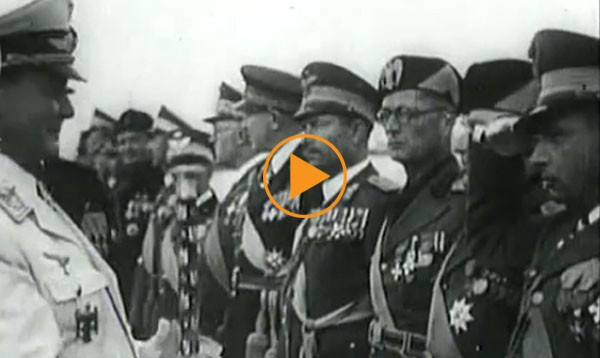 However, it would be art that would prove his downfall. As the war drew to a close in April 1945 Goering was travelling to Austria with a specially chartered train for his artworks to Mauterndorf, his castle in Bavaria. His paintings were found and confiscated. He later surrendered to American Troops on the 6th May, who kept him in several internment camps where he was weaned off his addiction to morphine.

In the November of that year he was moved to Nuremberg to stand trial along with 24 other men of high influence in the Nazi Party, including, Rudolf Hess, Karl Donitz, Martin Bormann (in absentia), Joachim von Ribbentrop and Albert Speer, Hitler’s state architect.

Goering, as the most prominent of the accused became ‘Prisoner Number One’ and sat in the prime seat in the dock. He used his authority to attempt to control the other prisoners into following his line of defense, one of no remorse and total devotion to their dead leader. 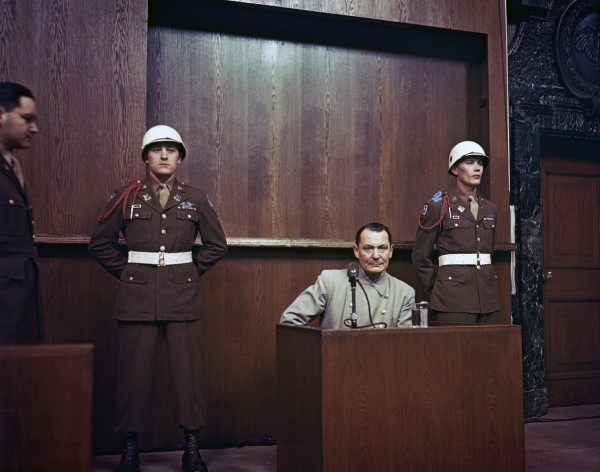 On October 1st the Judge delivered his sentence and Goering was found guilty on all four counts against him; waging a war of aggression, war crimes, including the plundering and removal to Germany of works of art and other property; and crimes against humanity. He even justified his looting, saying ‘everyone plunders a little in war’.

Goering was sentenced to death by hanging. He appealed, asking to be shot like a soldier, rather than hanged like a common criminal. This was refused. However, he cheated the hangman’s noose only a few hours before the execution by killing himself by means of a cyanide pill, possibly smuggled in by a sympathetic American guard. 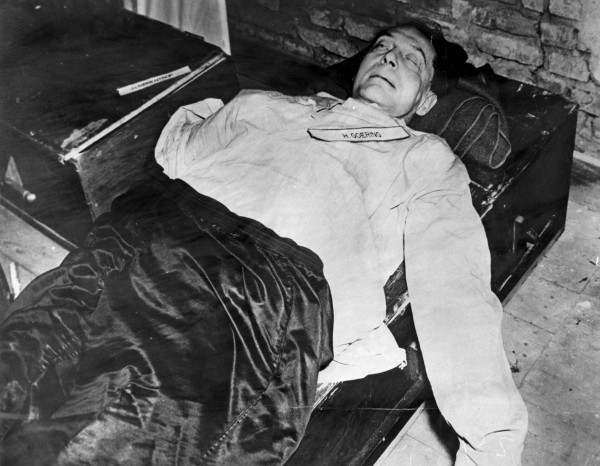 Goering’s body was cremated and his ashes scattered in a tributary of the Elbe River. 80% of his plundered artworks have been returned to their lawful owners. Ten of the twenty four defendants were hanged on the 16th October 1946.

Get in touch with the Bridgeman team on uksales@bridgemanimages.com with enquires about licensing and clearing copyright.

A good read for summer – Tender is the Night by F. Scott Fitzgerald – bridgeman blog

At this time of the year newspapers and magazines are always full of favourite books for the...
Read More