Stolen! The Biggest Art Heists Of All Time (Part 1)

With a bevy of egregious art thefts around the world, and the upcoming film, “Monuments Men”, about WWII Nazi-looted art, we list the most infamous art heists in history, using images from the archive.

The upcoming ‘Monuments Men’ film, directed by and starring George Clooney, will premier on 7 February 2014. The plot tracks the attempts of museum professionals as they try to stem Hitler’s systematic plundering of art throughout Europe.

Bridgeman is proud to be supplying images for the set design.

The real Monuments Men were a group 345 men and women from 13 different countries, joining together to protect cultural treasures in areas affected by WWII. They tracked, located, and returned over 5 million cultural items stolen by Hitler and the Nazis, from traditional masterpieces to degenerate art.

See our gallery of degenerate and Nazi-looted artworks

Most infamous art heists in history:

On 18th March 1990, one of the largest art thefts in history occured in Boston.

Brazen thieves, posing as police officers, claimed to be responding to a disturbance in the early morning hours. After handcuffing the security guards to the railings, they stole 13 works worth a total of £314million.

The stolen works included Rembrandt’s A Lady and Gentleman in Black and The Storm on the Sea of Galilee; various drawings and watercolors by Degas; Manet’s Chez Tortoni, Govaert Flinck’s Landscape with Obelisk; and Vermeer’s The Concert, which is one of the most valuable stolen paintings in the world. 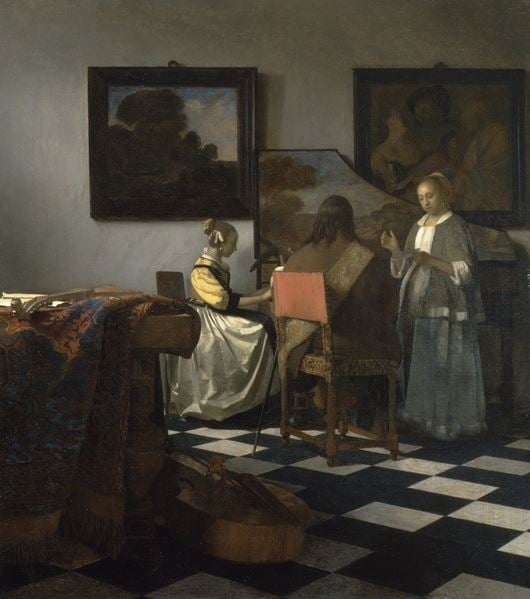 In 1961, the oil-rich collector Charles Wrightsman purchased Goya’s Portrait of the Duke of Wellington for £246,800, with intentions to bring it to the United States.

The painting was restored to the UK and while hanging in the National Gallery in London, it was stolen by an unemployed bus driver, Kempton Bunton, who climbed in through a bathroom window. The thief demanded a ransom, with a scheme purporting that he wanted to use it to buy TV licenses for the poor.

The painting was recovered four years later and the publicity-hungry thief spent only three months in jail for his offense. 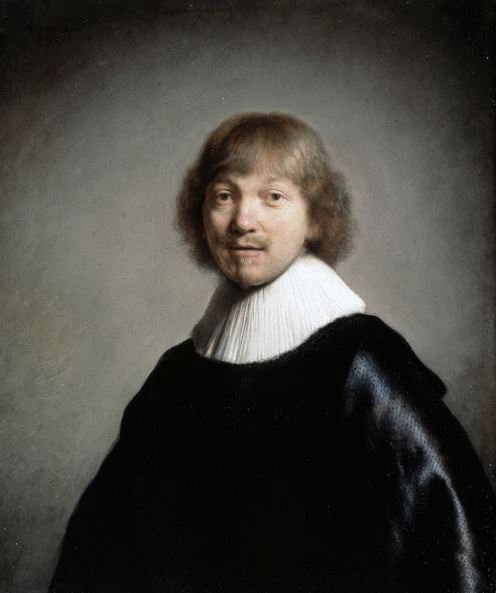 In 1981, this pocket-sized portrait disappeared from Britain’s Dulwich Picture Gallery and was recovered months later in the possession of four men in a taxi.

Within two years, a burglar shattered the Gallery’s skylight and plunged from the roof to steal the painting; it waswas subsequently found in 1986 inside a British Army train station luggage rack. To add to the bevy of mysterious disappearances, the painting has also been retrieved from beneath a bench in a graveyard and on a bicycle.

During the opening of the 1994 Lillehammer Winter Olympics, while most of Norway was distracted, thieves broke into the National Art Museum and cut Edvard Munch’s most famous version of The Scream from the wall with wire cutters.

It took them just 50 seconds to walk away with the iconic and universal symbol of human anguish.

On December 31, 1999, employing the diversion of fireworks and festivities that accompanied the celebration of the millennium, a thief broke into the Ashmolean Museum, Oxford, to steal Cezanne’s landscape painting, View of Auvers-sur-Oise.

Valued at approximately £3million, the painting has been described as a pivotal piece demonstrating the transition in Cezanne’s prolific body of work, from his early technique to his more mature paintings.

More than a decade later, the painting has not been recovered.

Read: Stolen! The biggest art heists of all time (Part 2)

April is here with a spring in its step, and with it comes more exhibitions! Discover our hottest...
Read More

This is the second part of our ‘Stolen! The biggest art heists of all time (Part 1)‘ In this...
Read More

The Bridgeman archive is home to some beautiful, and at times haunting, photographs of cityscapes...
Read More