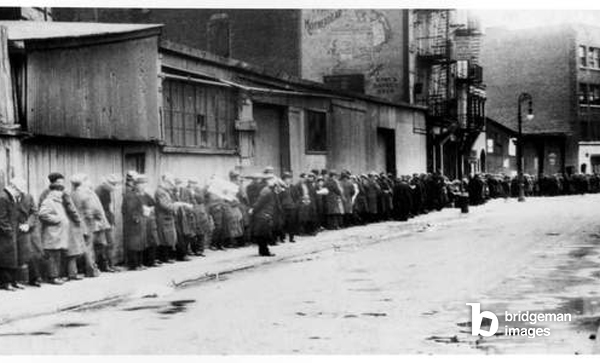 Developing from negatives: photography as a medium for social change

Documentary photography in the archive showcasing inequality, and a desire for change, in early 20th-century America.

In addition to our collection of art and cultural material, we also have a wealth of photographic prints in the archive - many with a political agenda. We've brought together photography from our archive to highlight the social inequality, and desire for change, in 1900-40 America.

These photographs raised public awareness of the harsh conditions faced by child laborers, rural migrant workers and immigrants coming into the US, and in some situations led to financial aid and changes in policies.

The end of innocence 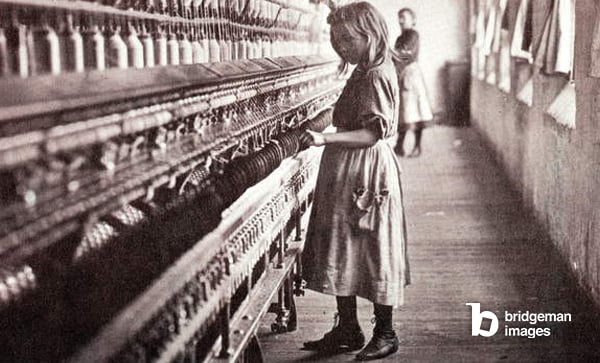 Childhood ought to be the time of play and development but this is not always the case. As photographer Lewis Hine poignantly captures, children were both a common and accepted source of labour in the first half of the 20th century. Indeed, in the southern states up to a quarter of laborers were under sixteen.

Children as young as five worked delivering newspapers ,with their parents in family businesses, or with their peers in factories and in the mines. These children were expected to work as adults would, standing on stools to operate machinery if they were not yet tall enough to do so. 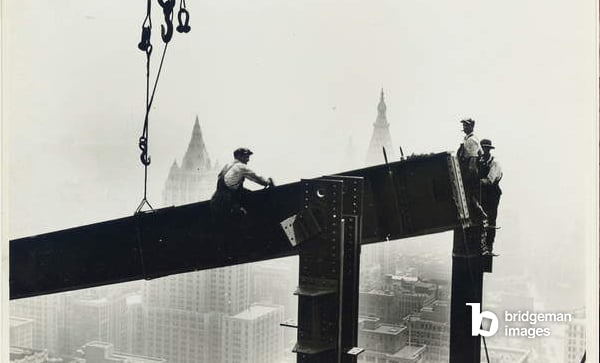 Work for adult labourers could be no less dangerous than that of their younger counterparts. With no safety regulations in place, construction workers on the Empire State Building toiled with no support at terrifying heights.

Conditions at companies were, however, quite pleasant. In contrast to the jumpsuited women in munitions factories, the ladies who worked in rebuilding aircraft engines had time to coiffer their hair and maintain clean clothes 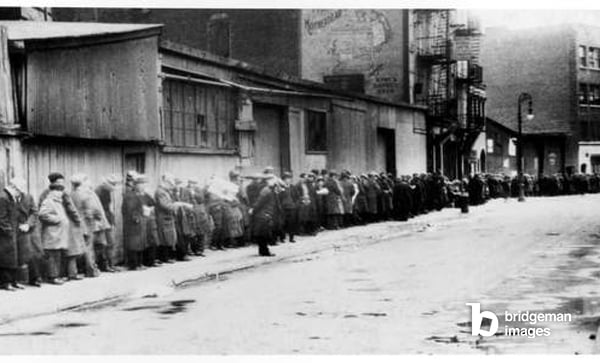 Despite the hardships of work in factories and on construction sites, it was worse to be unemployed. The poor lived in squalid, cramped tenement flats or, worse, in tiny huts made from salvaged pieces of wood. The latter were sometimes refered to as "Dens of Death".

During the Great Depression, breadlines would stretch down multiple street as the unemployed waited for their only meal of the day. 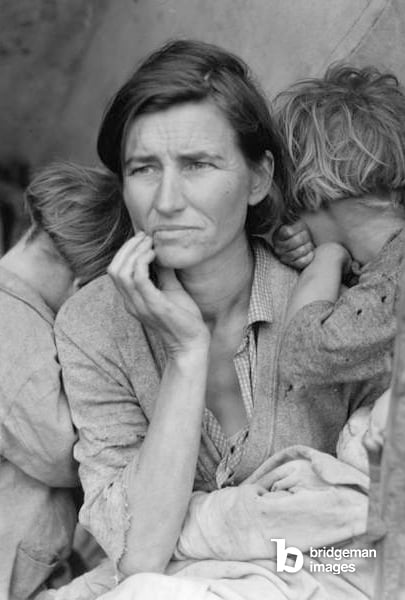 The photography of Walker Evans and Dorothea Lange illustrate the harsh, desperate conditions faced by the poor and unemployed in rural America. Many lived in bare wooden homes or temporary structures with no comfort or luxury in sight.

After Lange's photographs of destitute pea-pickers were published in national newspapers, the government sent aid to rural farm workers to save them from starvation 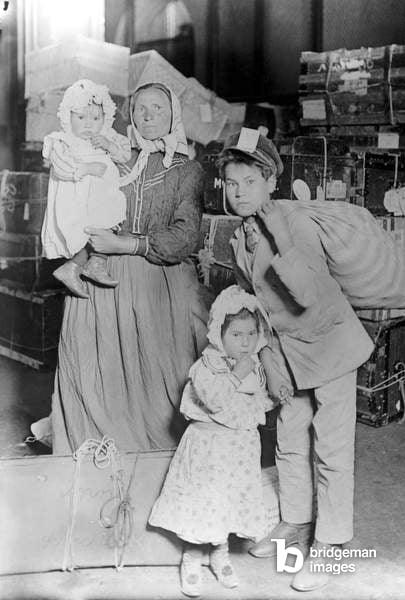 Aside from the western migration of rural workers, international emigrants were also common. While we all know of Ellis Island as an immigration port into New York, bringing in Italians and Poles, did you know of the Filipinos who cut lettuce in California?

Frederick C. Howe gives distinct personalities to the different nationalities coming into the States, through his portraits of Dutch toddlers to Greek and Hindu men.

However, not anyone wishing to enter America was allowed. Immigrants who failed their entrance exam were deported back to Europe and detectives also looked out for 'undesirables', preventing them from entering the country. 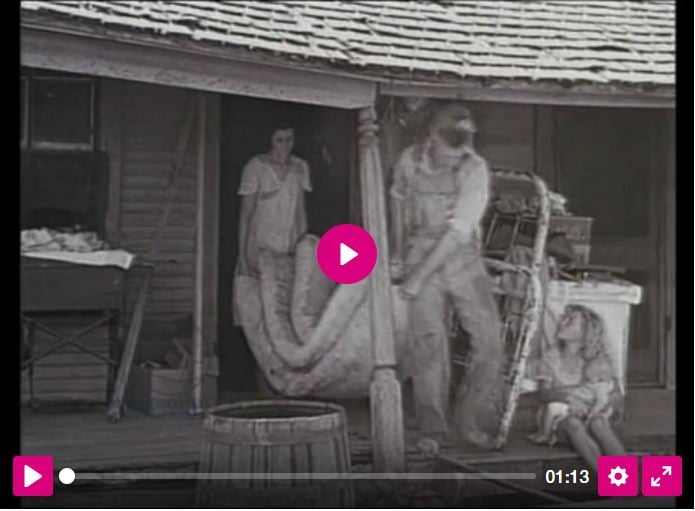 In addition to our collection of documentary photography, our archive also stocks footage of these difficult eras. See clips of the Great Depression, Prohibition years, slums and breadlines.

Interested in comparing how rich and famous New Yorkers lived during this time? Read more about photography taken by the Byron Company from the Museum of the City of New York.

Need help with an upcoming project? Contact us with any sales queries you may have.

Our collection of social history photography is constantly growing, so there is always something new to discover.

There are few artists that can be considered to have the same level of importance in the 20th...
Read More

One of the most celebrated artists of the 20th century, Lucian Freud, would have been 100 years...
Read More