The National Parks Service (or NPS) is responsible for preserving the ecological integrity as well as the historical integrity of areas designated as national parks. While the NPS is preserving the small worlds that reside within these parks, they are also responsible for making these areas accessible to everyday people from all over the world who come to bask in the natural beauty hidden throughout the USA. As of 2008, the NPS oversees 412 units, and only 59 of these units are actually national parks! The other 353 units are made up of national monuments, national historic sites, battlefield sites, etc.

To commemorate this joyous, occasion we have compiled images from the Bridgeman archive of the most famous National Parks in the United States:

The first national park that was established was Yellowstone National Park. While the park can be found mostly in Wyoming, the 3,500-square miles of land stretches into Montana and Idaho. The park was established by the 18th President, Ulysses S. Grant, 44 years before the establishing of the NPS. Yellowstone, specifically Yellowstone Lake, lies on top of the Yellowstone Caldera, the largest supervolcano in North America (and is still considered active!). Each year, more than four million visitors come to the park and marvel at the lush forests, diverse wildlife, and extremely active geysers (especially Old Faithful). 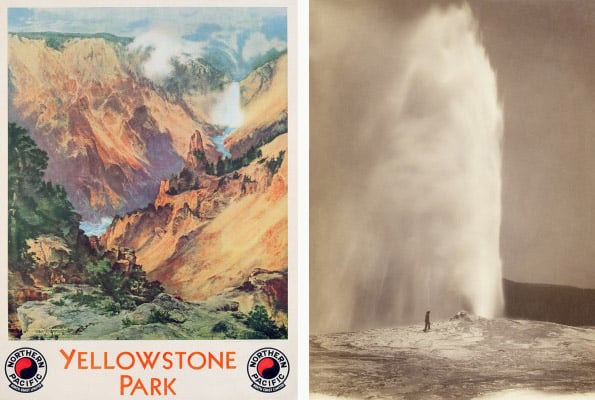 While Yellowstone National Park is the first established national park, it is not the most popular among tourists. Along the Tennessee and North Carolina border, there is a mass of land reaching up to 522,419 acres. Great Smoky Mountain National Park (est. 1932) was visited by a staggering 10-million visitors each year. What draws so many people to this one park? More than 800 miles of hiking trails and, of course, the park’s namesake: the Great Smoky Mountains. Settled right on the Tennessee-North Carolina border, tourists are able to view these vast giants throughout the park with its highest peak reaching an elevation of 6,643ft!

Though it may not be the most popular national park the NPS is responsible for caring for, the Grand Canyon National Park is arguably the most famous. Established in 1919 in northwester Arizona, this world famous American treasure is home to what is considered one of the seven wonders of the natural world: the Grand Canyon. Cut by the Colorado River, nearly 2 billion years of the Earth’s geographical history can be observed in between the vast canyons. Despite looking uninhabitable, for thousands of years, the area has been continuously inhabited by Native Americans with many tribes building settlements within the canyons and caves. The canyon was specifically important to the Pueblo people, who considered the Grand Canyon a holy site and would make pilgrimages to it. 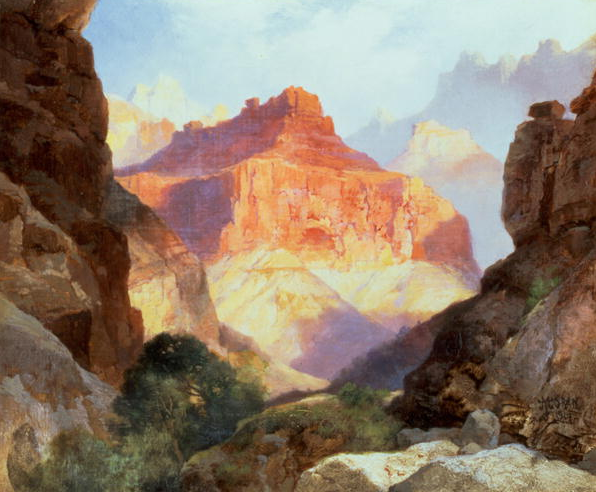 As mentioned above, the 100 years of service put forth by the dedicated workers of the NPS is not solely applied to the national parks. They also maintain and preserve 83 out of 121 US national monuments and 30 US national memorials as well! One of the most famous monuments that the NPS is responsible for are the Statue of Liberty National Monument (including Ellis Island), located in New York/New Jersey. The NPS is responsible for not only maintaining this monument and site, they are also responsible for providing education and information for visitors who come to this historic American landmark, which is seen as a beacon of hope for so many people. As for national memorials, the NPS looks after the jaw-dropping Mount Rushmore National Memorial, located in South Dakota, sculpted by father and son sculpting team Gutzon and Lincoln Borglum. One look at this display of sheer artistic strength and how well it has been preserved, you will want to celebrate 100 years of the National Park Services too!

National Floral Design Day is coming up on the 28th February and so to put a spring in your step...
Read More

Land of the Free, Home of the Brave… – bridgeman blog