“I am fascinated by the movement of people in New York and it’s that flux of energy that I paint about.”

In 1985, Jacklin moved to Manhattan and found his muse in the subject of the city. Ever since, he has painted numerous scenes of New York including the pulsating energy of crowds in Times Square and Grand Central Station and figures diving into the waves in Coney Island.

The rock star Sting has long admired the artist and his work: “Bill Jacklin is, like me, an Englishman in New York,” he says. “He sees it with the wonder and objectivity of an outsider. He can appreciate its miracles, and can transfer them to canvas better than anyone I know.” 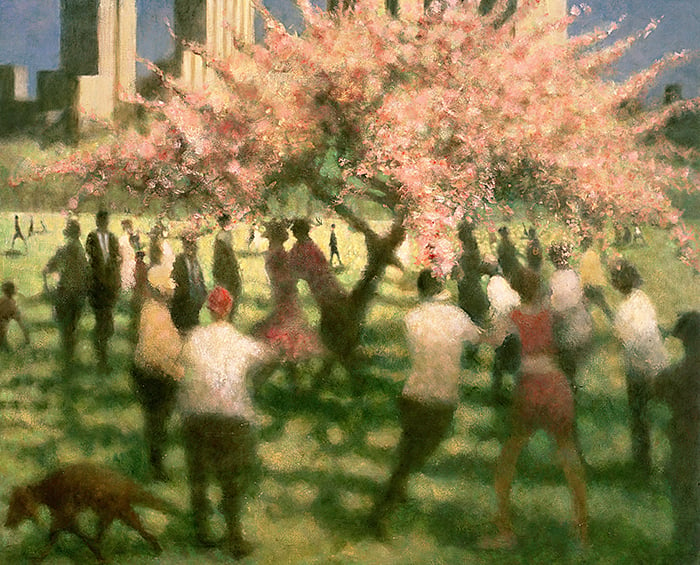 The single unifying quality in Jacklin’s style is his investigation of refracted light across the painted surface. Maintaining a feeling of awe, he frequently uses bird’s eye views commanding a wide field of vision. We are witnesses to events we can’t quite comprehend and the aerial point of vision plays a role in underlining the unreal, even dream-like quality inherent in the paintings. 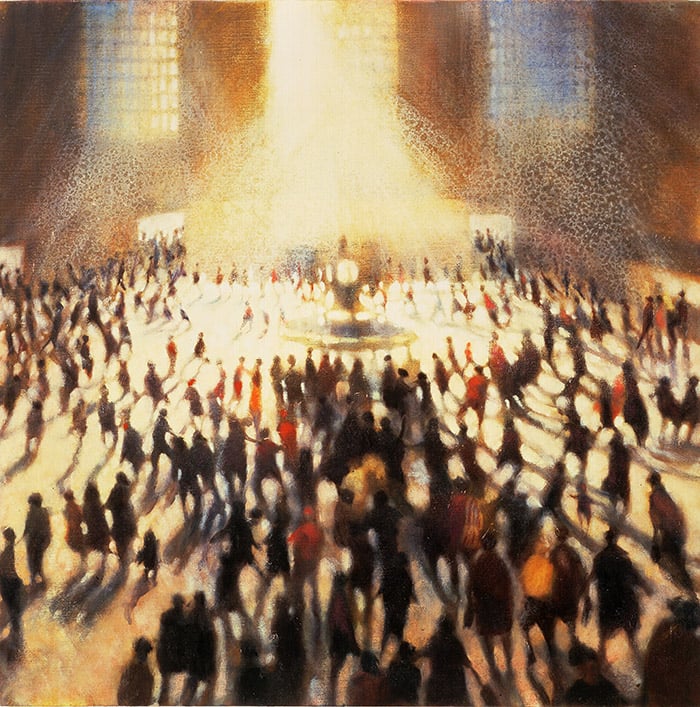 Bill Jacklin RA was raised in London and is a 1967 graduate of the Royal College of Art.  Initially concerned with abstraction, his work moved to figuration in the mid 1970s, when it became preoccupied with the effects of light and movement. Moving to New York in 1985, Bill Jacklin has concentrated on painting ‘Urban Portraits’ of ‘the city’ in all its guises. He was elected a Royal Academician in 1991 and in 1993 was Official Artist-in-Residence for the British Council in Hong Kong.  Jacklin presently lives and works in New York, USA.

Jacklin’s work has been represented by the Marlborough Gallery in New York and London for 30 years and is held by many major Museums and institutions including The Metropolitan Museum of Art, The Smithsonian Institution, the Whitney Museum of American Art and the Tate Gallery.

Bill Jacklin is represented by Bridgeman Images for licensing copyright.

See all images by Bill Jacklin in the Bridgeman archive.

Contact the team in New York, Paris, Berlin and London for more information regarding licensing, reproduction and copyright.

“Stillness is the flower of winter, all hope waits beneath a blanket of white.” – Unknown.
Read More