Art to Soothe your Soul

For #NationalStressAwarenessDay beat stress with a curated gallery of calming images.

Throughout the ages philosophers have wrestled with the notion of art and beauty. From his periodic reference to mathematics in relation to beautiful objects it is often assumed that Aristotle believed there to be a certain order to beauty. In the Metaphysics he says that “the chief forms of beauty are order and symmetry and definiteness.” He is also quoted as saying “the aim of art is to represent not the outward appearance of things, but their inward significance.”

Probably the oldest purpose of art is as a vehicle for religious ritual. In our more secular age, art galleries have  replaced the cathedral as a sanctuary for quiet contemplation.

It comes naturally to most of us to think of music as therapeutic but the aesthetic arrangement of line, form and colour can also be utilised to soothe frazzled nerves in our hectic, urban lives.

Keep calm and carry on with spiritually uplifting masterpieces from these five artists. 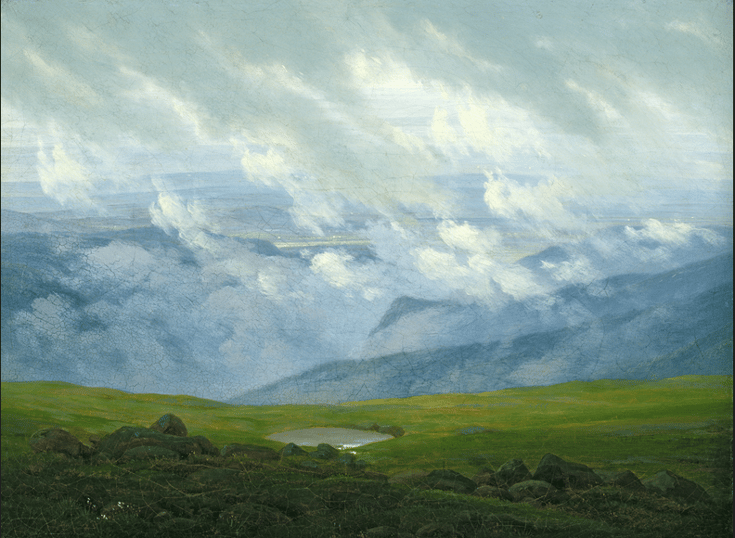 “The painter should paint not only what he has in front of him, but also what he sees inside himself.” 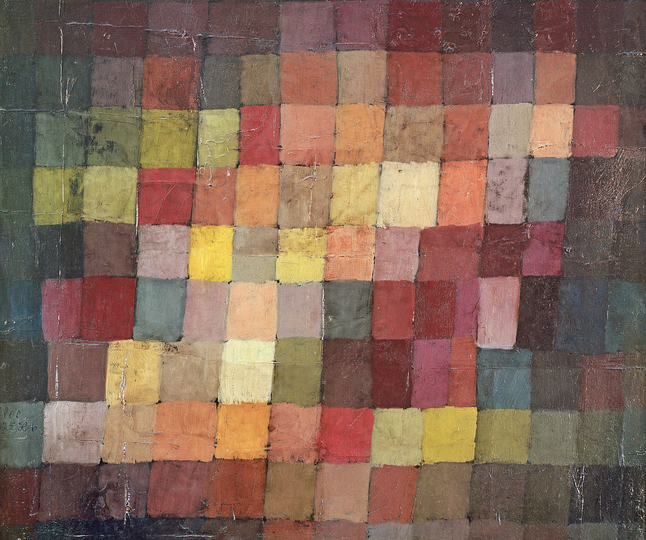 Harmony in visual design means all parts of the visual image relate to and complement each other.

Paul Klee, a musician for most of his life, naturally saw analogies between music and visual art, such as the expressive power of colour as being akin to that of musical sonority. In his lectures at the Bauhaus, Klee even compared the visual rhythm in drawings to the structural, percussive rhythms of a musical composition by the master of counterpoint, Johann Sebastian Bach.

When exhausted from too much sightseeing in Paris, the Musee de l’Orangerie is a calming place to spend a meditative hour surrounded by nothing but serene beauty.

The museum’s eight, tapestry-sized Nymphéas (water lilies) paintings provide a simple backdrop for the astonishing, ethereal romanticism of Claude Monet‘s works, painted late in his life. Depicting Monet’s ‘jardin d’eau’ at his house in Giverny, the tableaux have an intense, dreamy quality – partly reflecting the artist’s absorption in the private world of his garden.

Considered as one of the most renowned figures in the history of Abstract Expressionist movement, Mark Rothko became famous particularly for his artworks that depicted rectangles with luminous colours. It was Rothko’s intention that these works elicit a spiritual response in the viewer through rich, deep, colour,  and a quiet simplicity. Lee Campbell work is heavily influenced by Rothko’s.

Paul Henry studied at Whistler’s studio in Paris and absorbed the influences of Post-Impressionism, which linger throughout his work. He learnt to observe things in simple, direct terms and to set them down harmoniously in closely modulated tones. In his own words, he wanted to capture in his work “the very soul of Ireland.”

Get in touch with the Bridgeman team on uksales@bridgemanimages.com with enquiries about licensing images and clearing copyright.

Time passes very quickly and we are already in August! If the heat hasn’t halted your appetite...
Read More

Into the Heart of Impressionism – bridgeman blog

Dreamlike, suggestive and poetic at the same time, Impressionism has left a profound imprint on...
Read More