American Presidency: Who’s Got Your Vote? 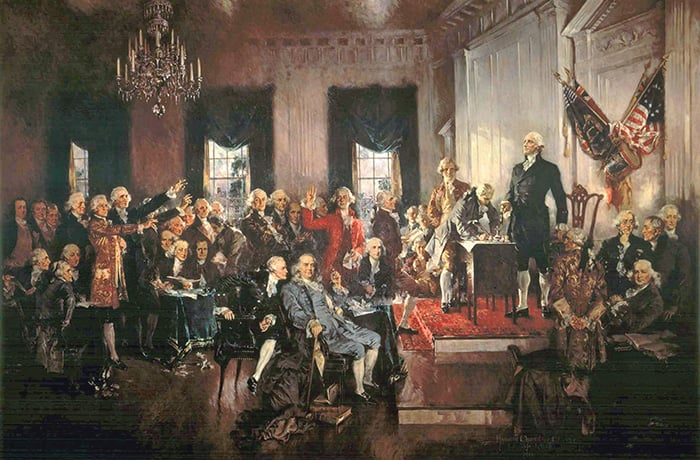 The first election took place five years after the end of the American Revolution, in which the colonists from the thirteen original American colonies rejected the British monarchy and fought for their governmental and social independence from the country. The success of the American Revolution resulted in the country’s most important documents being written and signed by those who are now considered America’s “Founding Fathers”. The first of these documents was the Declaration of Independence, which does exactly what its title eludes to: declared the men of the original Thirteen Colonies independent from British rule. The second of these documents was the Constitution of the United States of America, a document that essentially outlines the rights of the American people and the structure of the United States government as it is known today. 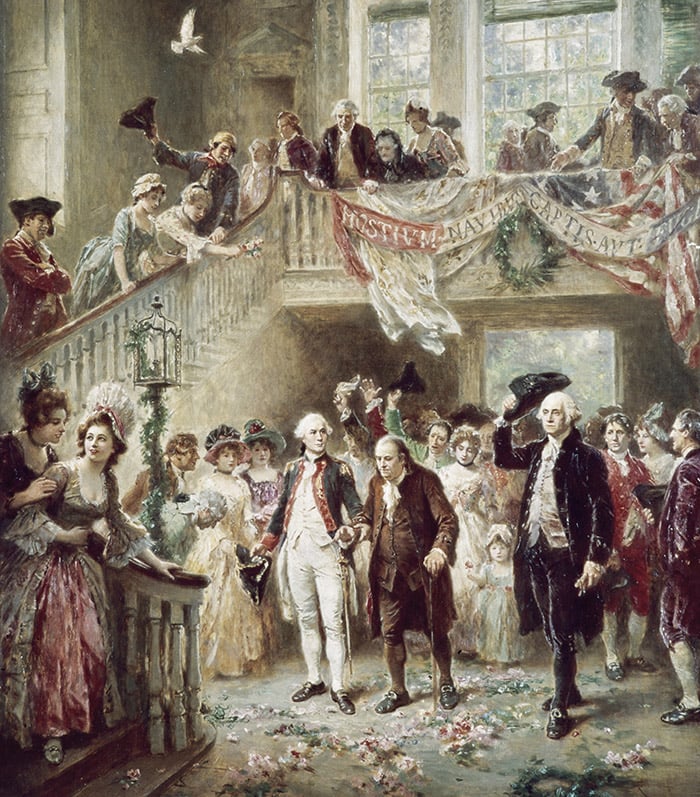 The first elected President was George Washington, veteran Commander-in-Chief of the Revolutionary War. Washington had no intention of being involved in the newly formed government; he had retired to his estate in Mount Vernon, Virginia after the war to care to his personal business. The men who made their life’s work to establish the United States as a full-fledged country were not satisfied with Washington’s choice of retirement, and convinced him to attend the Constitutional Convention. It was at this convention that Washington was nominated to be President of the United States and “ran unopposed” (at this time, there were no truly established political parties, and, seeing as this was the first time this new form of government was being practiced, there was no one considered campaigning against Washington) . The election was held Monday, December 15, 1788, to Saturday, January 10, 1789 and George Washington was unanimously elected to serve as the first President of the United States of America.

Abraham Lincoln was the nation’s 16th President, serving from March 4, 1861 – April 15, 1865. Possibly one of the most influential Presidents of his time, Abraham Lincoln established his legacy during one of the darkest times in American history: the American Civil War (April 12, 1861 – May 9, 1865). This war was fought between the Union (the north) and the Confederacy (the south), with the north fighting to end the practices established by the country’s original governmental document The Articles of Confederation, and the south fighting to protect their rights under the Articles of Confederation (in which slavery was a significant part, and the Union was vehemently against). 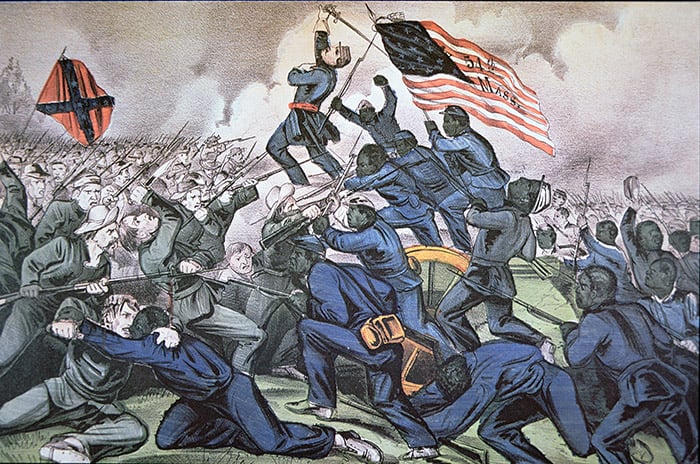 Unfortunately, Lincoln did not live to see the end of this Civil War, nor to see the words of his Emancipation Proclamation come to life. On April 14, 1865, Abraham Lincoln attended a play at Ford’s Theater with his wife, Mary Todd Lincoln. Famous actor John Wilkes Booth, who was also a Confederate sympathizer, sneaked into the private theater box and shot Lincoln in the back of his head. The paralyzed Lincoln was rushed to a house across the street from the theater. The surgeon general concluded there was nothing that could be done to save the president, and he died from the gunshot wound the following morning and became the first American President to be assassinated.

In November of 2008, the American people and government made history by electing the first minority President. Barack Obama was born August 1961 in Honolulu, Hawaii and graduated from Columbia University in New York City,  going on to graduate from Harvard Law School in Cambridge, Massachusetts. In November of 2008 he became the first black American and the first minority to be elected into office.  Obama’s first term can be categorized as a successful one. From the years of 2008 to 2012, he was able to achieve many notable accomplishments, such as repealing the Don’t Ask Don’t Tell Act (which prevented men and women of the LGBT community from serving openly in the military), and ending the U.S. military involvement in the Iraq war. 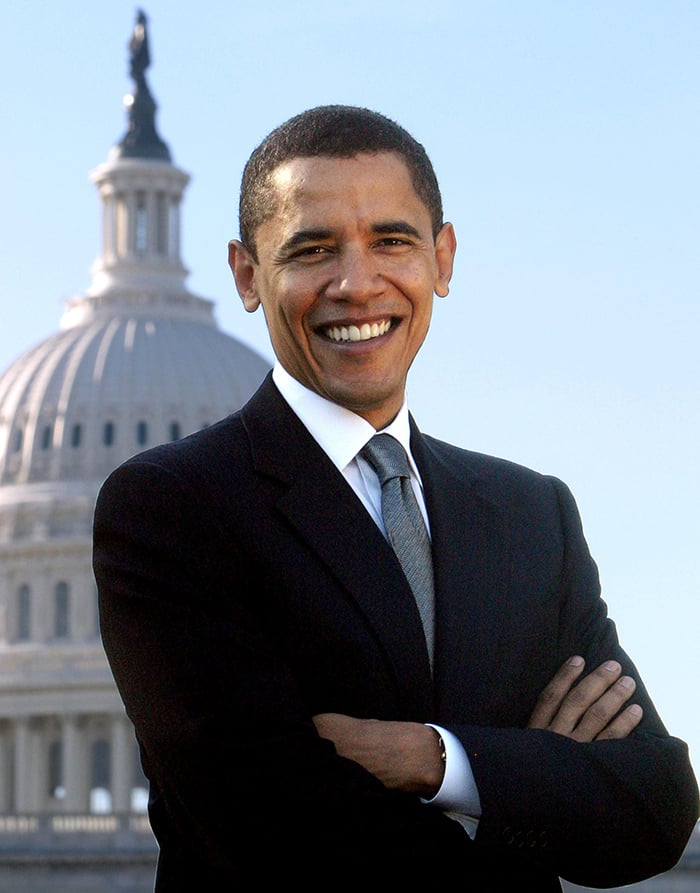 Senator Barack Obama poses in the front of the Capitol building in Washington, DC, USA, on August 03, 2006 / Photo © PVDE

It wasn’t until his second term in office after being re-elected that Obama’s legacy and presidency came into question. He advocated for stricter gun control laws after the Sandy Hook Elementary School shooting, yet has done little to enforce any new laws. Obama reinstated military involvement in the Iraq war only a few years after removing the men and women from action, and has advocated for the use of drones as a weapon of war (which has resulted in many civilian deaths). Finally, Obama was subject to controversy  when news was leaked that the National Security Agency (NSA) and the Central Intelligence Agency (CIA) have been participating in surveillance programs that monitored the telephones, computers, and bank accounts (with the help of telecommunication companies and European governments) of the American people without their knowledge or consent. 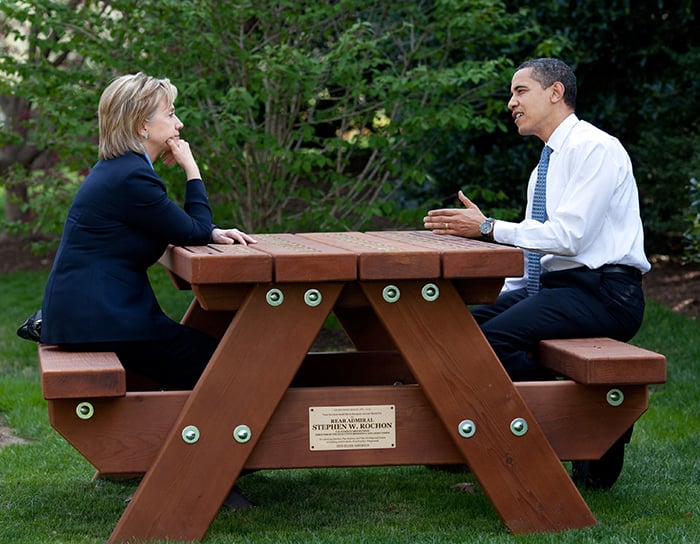 President Barack Obama and Secretary of State Hillary Rodham Clinton speak together sitting at a picnic table April 9, 2009, on the South Lawn of the White House

228 years after the first presidential election in 1788, we find ourselves in 2016, facing what may be the most media driven and talked about election in America’s history. Two candidates have become the face of the 2016 election: Democratic candidate Hillary Clinton and Republican candidate Donald Trump.  Clinton, the first female nominee for the major political party, is no stranger to the inner workings of the White House. She acted as the First Lady while her husband, Bill Clinton was President from 1993 to 2001 and she served as the 67th Secretary of State during President Obama’s two terms. While she has been involved heavily in the White House for a major component of her life, this does not necessarily make her competent to be elected to run a country. Many of Clinton’s decisions have called into question not her ability to to successfully act as president. One of her most notable and controversial decisions was to use an unauthorized and unsecured email account while she was Secretary of State (she then went on to deny that she had ever sent or received classified information on her private server, which was later proven to be false).

Hillary Clinton At A Press Conference In Moscow / Tass / UIG

Trump, on the other hand, seems to be striking fear in a majority of the major news outlets and the hearts of some of the American people. With his outwardly racist and misogynistic comments, and questionable economic practices, many view him as completely unreliable when it comes to managing the United States of America. However, Trump (who had established his celebrity before running for office with his television programs and business ventures) has garnered a following of those citizens who believe Trump’s outspoken hatred and “truth” is long overdue in our “failing politically correct” society.

This is arguably the most important presidential election in United States history and it is important to remember that it is not a choice of one-or-the-other. Both Clinton and Trump have the news coverage and the support from major banks/financial groups to help pay their way onto American television screens, computer screens, newspapers, and conversations. We as a country must not forget that this political system was not built on a two-party system: make sure to learn all the facts before casting a vote, and take a second to learn about the other third party options that are also running for office.

An Insight into J. F. Kennedy, on Camera

Image. It’s everything… Especially in Politics

In November 1945, amidst the destruction of the immediate aftermath of the Second World War, the...
Read More

Bonfire Night: a brief social history, or why I’m staying in this year – bridgeman blog