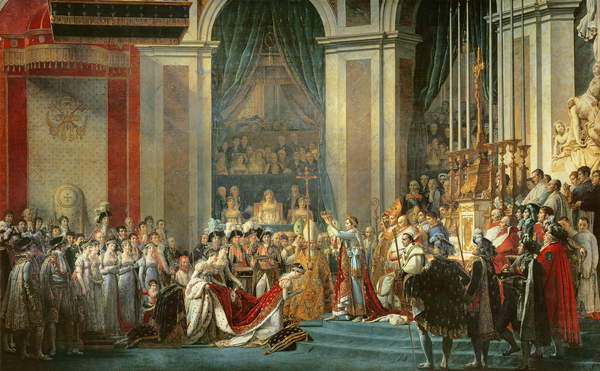 200 Years Since The Death of Napoleon

The 5th of May 2021 marks the 200th anniversary of the death of the once highly revered emperor Napoleon Bonaparte. We look back on his life and note some key images from the archive.

Napoleon was born Napoleon Di Buonaparte on August the 15th, 1769 to a relatively modest family of minor noble descent, on the French island of Corsica. The French revolution came to a head when Bonaparte was an artillery officer. During this period of civil unrest he seized the opportunities that were presented to him and subsequently rose through the ranks of the military to become a general at age 24. He was eventually put in charge of the ‘Army of Italy’, a contingent of the French military, stationed on the French-Italian border. 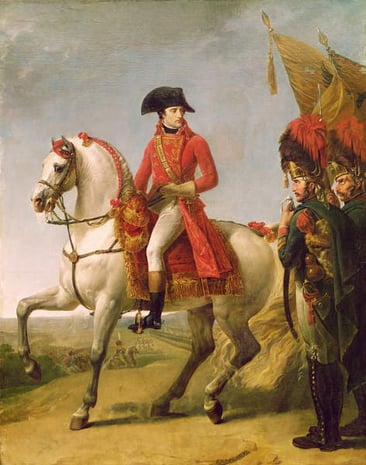 When he arrived in Italy, he found the army to be poorly organised and losing to the Austrians. He used superior organisation and prioritisation skills to move troops rapidly around the battlefield so they would always outnumber the enemy, winning the consecutive battles of Lodi, Arcole and Rivoli. He soon drove the Austrians out of Italy and returned to France as a national hero.
Napoleon’s power over France continued to intensify. He formed an entirely new government ‘The Consulate’, overpowering the weakened Directory (the previous government) and naming himself ‘First Consul’.

As the leader of his country, Napoleon revolutionised the age old framework that had previously defined France. Most famously, he instituted a new reform known as the ‘Napoleonic Code’ which stated that government positions would not be appointed based on a person’s birth or religion, but on their qualifications and ability. This reform gave those of modest birth a chance of acquiring important positions within the government – on the basis that they had the required skills.

Aware of the precarious French economy, Napoleon focused on building new roads in a bid to encourage business. He also triumphed in ending the rift between France and the church by instituting the Concordat of 1801, at the same time establishing secular schools to enable anyone, religious or not, to receive an education.

In 1804, Napoleon crowned himself emperor of France in an extravagant coronation ceremony. Initially, Napoleon maintained peace in Europe, however, soon France was at war with Britain, Austria, and Russia. After losing a naval battle against Britain at the Battle of Trafalgar, Napoleon decided to attack Austria. He soundly defeated the Austrian and Russian armies at the Battle of Austerlitz in 1805. Over the next several years, Napoleon expanded the French Empire. At its greatest extent in 1811, France controlled much of Europe from Spain to the borders of Russia.

After the disastrous invasion of Russia, Napoleon was forced into exile on the island of Elba in 1814. He plotted his return to France, fully aware of the large amount of support for him that remained there. He managed to escape Elba in 1815, returning to a position of control in Paris for a period of time now known as the ‘Hundred Days’.
European countries like Great Britain, Russia, Austria, and Prussia strongly opposed his return from exile and thought of him as an outlaw. Each pledged to put 150,000 men into the field to end his rule.

On the 18th of June, 1815, the armies of Napoleon and Field Marshall the Duke of Wellington met near Waterloo. Napoleon waited until midday to give the command to attack in order to let the waterlogged ground dry after the previous night’s rainstorm – a critical error. This delay meant that Blucher’s remaining troops had time to march to Waterloo and join the battle later that day. The arrival of the Prussians turned the tide against the French. Napoleon’s outnumbered army retreated in chaos. The French emperor surrendered almost a month later, aboard the HMS Bellerophon on July 15th. The decisive defeat marked the ended of the Napoleonic years.

Once again forced into exile, this time to the remote Atlantic island of St Helena, Napoleon spent the final 6 years of his life alone. He died on the 5th of May 1821 allegedly of a stomach cancer.

Despite his strategic blunders later on in his military career, for some the image of Napoleon epitomises the symbol of revolutionary change – not just for France but for the whole of Europe.

Portrait of a modern monarch: Queen Victoria and the rise of photography – bridgeman blog

To mark the 200th anniversary of one the world’s most recognizable songs, The Star Spangled...
Read More