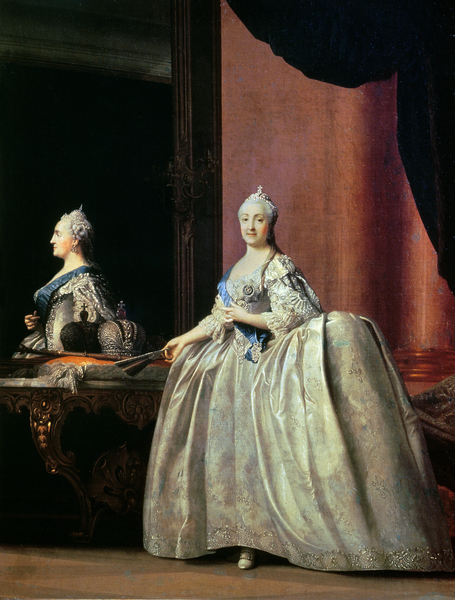 The reign of Catherine the Great

The history of Russian leadership is characterised by zealous, and often brutal, strongmen. The ultra-macho persona that Russia’s current leader cultivates is not unique to him, but rather the continuation of an expected identity, constructed and consolidated over centuries. From Ivan the Terrible through to Stalin, Russian rulers have enjoyed an absolute power which they have wielded with authoritarian aggression. In such a culture, it has proved difficult for a woman to distinguish herself, although there is one glaring exception. 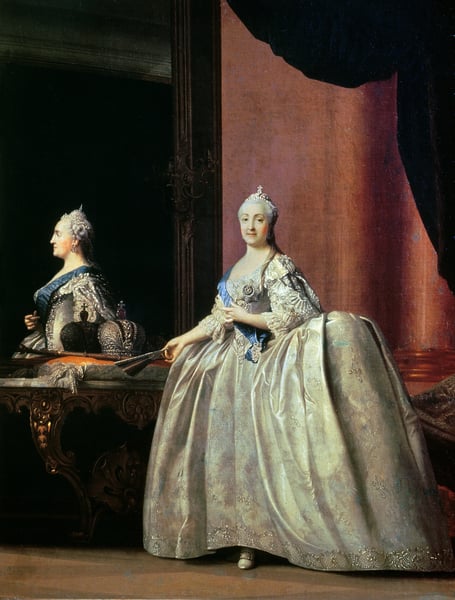 Catherine II of Russia, known as Catherine the Great, grew up in a man’s world. Groomed to be married in order to strengthen her family’s social and economic position, she would defy all expectations by renouncing her Lutheran roots and overthrowing her husband, on her way to the Russian throne. Her reign - the Catherinian Era - saw the expansion of Russian territories, the modernisation of its industry and the reinvigoration of its culture. Considered to be the Golden Age of Russia, Catherine is responsible for establishing the country as one of the world’s great powers. 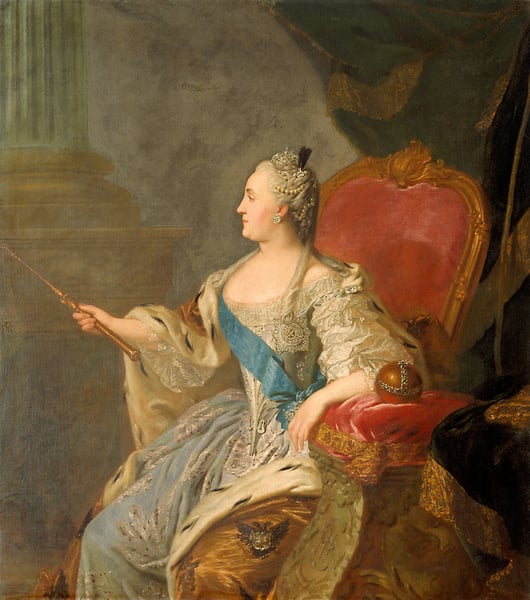 Born in 1729 in the Kingdom of Prussia (now Poland), she was christened Princess Sophie of Anhalt-Zerbst. The daughter of German nobility, she enjoyed a peaceful if uneventful childhood, and received a typical education of the 18th century elite from a governess, focused on etiquette, French, and Lutheran theology. This education aligned the young Catherine closely with the ideological identities of the West, which in later life, would prove significant.

Princess Sophie was born into little money, with no direct claim to a throne nor connection to Russia. It was only through her marriage to Peter III of Russia, that she entered circles directly connected to royalty.

In 1744, at just fifteen, a year before her wedding, Princess Sophie arrived in Russia to familiarise herself with her adoptive country and to learn its language and the ways of its people. She did so with tenacity; by the time she was married she was not only fluent in Russian, but had converted from Lutheran to Russian Orthodox and living in the Winter Palace. 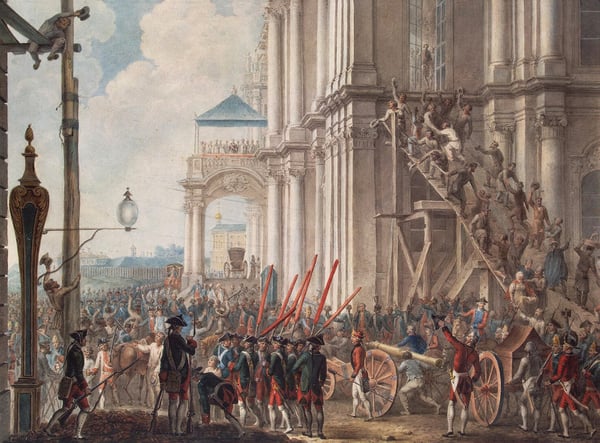 Her marriage to Peter proved immediately unsuccessful due to unreconcilable differences in character. Peter was immature, indulgent and weak-minded, whereas Catherine was intelligent, curious and strong-willed. While Peter took a mistress, she had numerous affairs with important and ambitious men. She also set about educating herself further, avidly reading the philosophes of the French Enlightenment and the Annals of Tacitus, which prompted what she called ‘a revolution’ in her young mind. 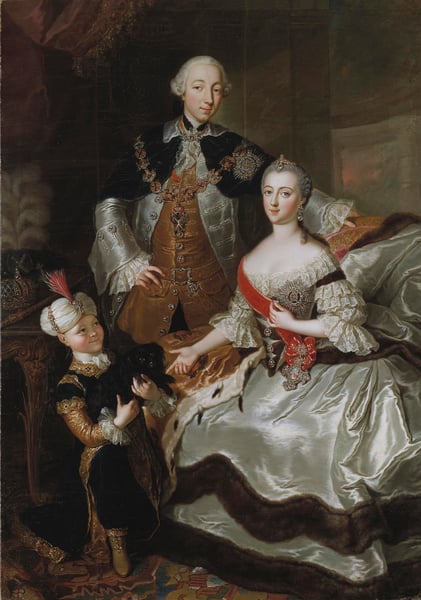 In 1762, when Peter became Emperor, he immediately implemented policies with which Catherine, then empress consort, disagreed. Such were their differences that Catherine began plotting against her husband, supported by influential co-conspirators. Just six months after he was crowned, she staged a coup; Peter was arrested, forced to abdicate, and died, leaving Catherine as the sole occupant of the throne. As a descendent of the Rurik dynasty - the ruling family in Russia before the Romanovs – her claim to power was supported by both the military and the clergy.

As Empress, Catherine modelled much of her policy on Peter the Great’s. Whilst being an astute military leader, winning victories over the Bar confederation and the Ottoman Empire, and expanding her territories in Crimea and along the coasts of the Black and Azov seas, she wanted Russia to be brought philosophically closer to the West. So, she implemented Enlightenment thought in her reforms, believing that ‘a new kind of person’ could be created with European education. 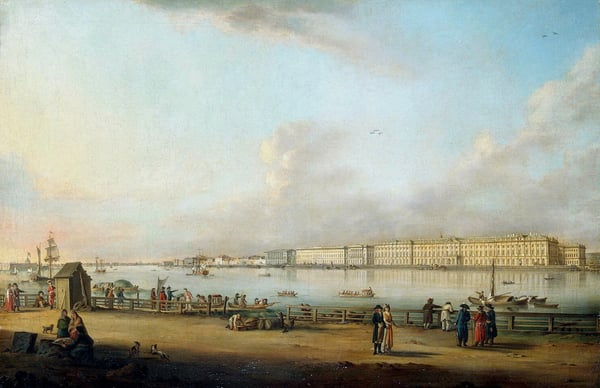 She shared the European craze for English gardens, Chinoiserie and classical style architecture, and was an enthusiastic patron of the arts and literature. Indeed, the collection of the Hermitage Museum, now in the Winter Palace, began life as her own personal one. Encouraging education in her people, she established the Smolny Institute of Noble Maidens, the first state-financed higher education institution for women in Europe, and on her death, 62,000 pupils were being educated in 549 state institutions.

Tags: Russian History, Catherine the Great
Back to Blog

Discover all the visual trends coming up this year
Read More

Inspired by Pantone: Colour Of The Year 2021 - Archive Highlights

Pantone have launched their two colours of the year - an 'Ultimate Grey' and an 'Illuminating'...
Read More

The Spirit of the Olympics

Every four years, the world comes together to compete in the most celebrated and respected sporting...
Read More