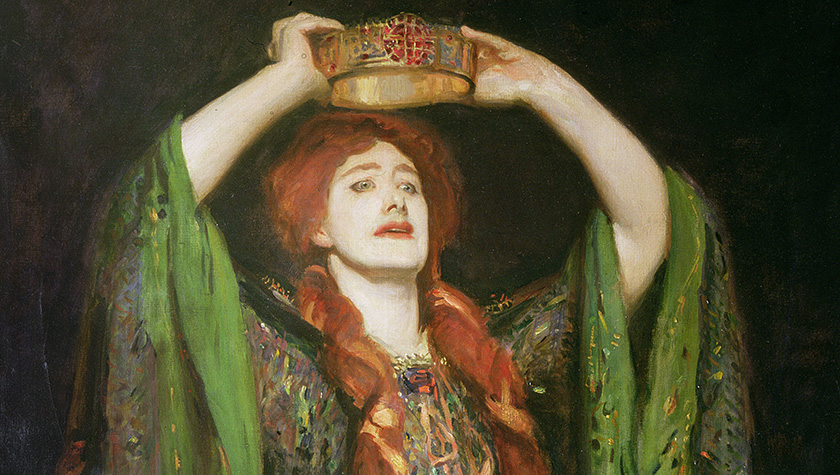 ‘Beginning in the middle, starting thence away. To what may be digested in a play.’ *

In 2016 the world is commemorating 400 years since the death of William Shakespeare.

For centuries artists have reinterpreted and brought to life the acts, characters and scenes in Shakespeare’s plays, reaching zenith proportions during the Romantic Movement. Their paintings range from tragic visions by Fuseli to vivid evocations of natural scenery by the Pre-Raphaelites.

Here is an an overview of  the Bard’s most popular plays and the art inspired by his words. 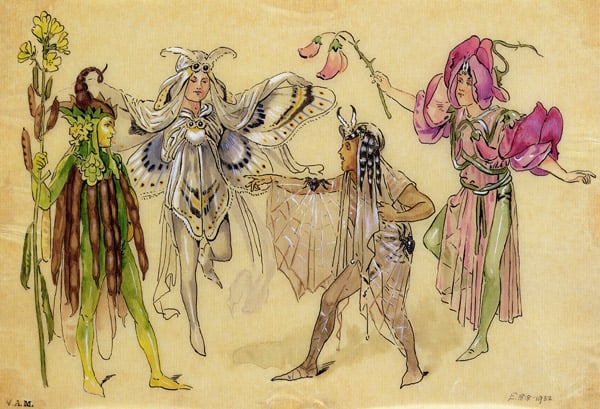 Lysander hearts Hermia. Hermia hearts Lysander. Helena hearts Demetrius. Demetrius hearts Hermia. Confused? Things descend further into chaos under the influence of some fairies and a love potion, but after much swapping of partners and cases of mistaken identity, all ends well just in time for a royal wedding. 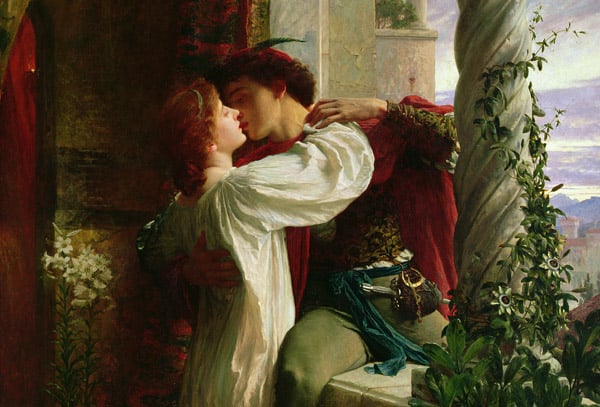 ‘From forth the fatal loins of these two foes
A pair of star-cross’d lovers take their life;
Whole misadventured piteous overthrows
Do with their death bury their parents’ strife.’ 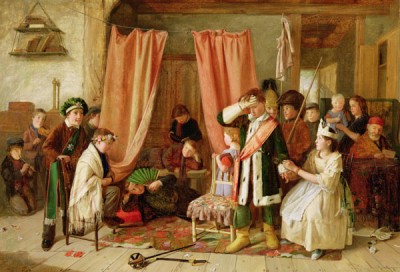 This is The Bard’s longest play, most of which the eponymous character spends fighting with himself and musing upon a vast array of oft-quoted gems like ‘To be or not to be…’. Poison by the barrel-full is employed to keep various factions away from the contested throne of Hamlet’s father.

Ultimately, no one is left after the bloodbath except for Hamlet’s loyal friend, Horatio. Alas, t’was not to be for poor Hamlet. 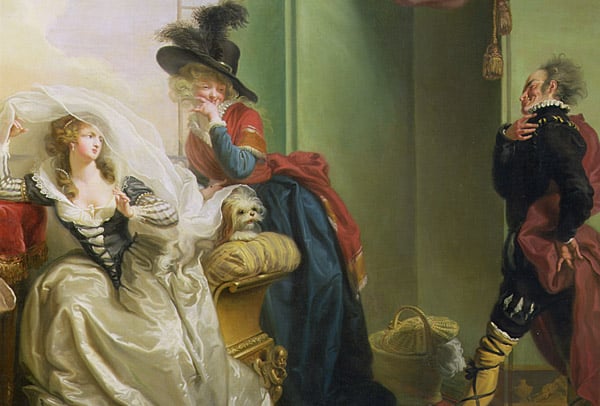 A tragic shipwreck, two cases of assumed sibling death, one case of mistaken identity, and a cross-dressing page at the center of a torrid love triangle. After many rounds of miscommunication and unintentional and intentional trickery, the play closes with two reunited siblings, three happily wed couples and a disgruntled pawn who vows to take revenge. 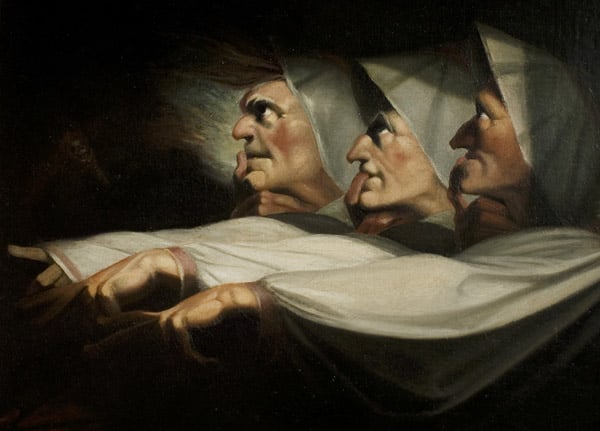 It’s a fight to the death between ambition and reason. Poor Macbeth is tormented by three witches and their prophetic visions and when his Lady gets involved, she makes matters worse. Watching Macbeth walk right into the fate trap is painful. He loses his head, both figuratively and literally. 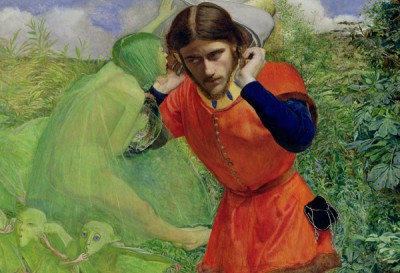 Banished sorcerer, Prospero, the rightful Duke of Milan, uses his magical powers to punish his brother, by raising a storm that drives Antonio’s ship ashore. As we have come to expect, Prospero’s daughter Miranda, falls in love with Ferdinand, the son of her father’s arch-enemy. With the help of Ferdinand, an airy spirit, Ariel, and a deformed monster, Caliban, the conspirators are brought in front of the sorcerer. In the end, all is forgiven and Prospero and his daughter hitch a ride back to Naples so she can have her happy ending.

Explore the art collection of the Royal Shakespeare Company, dating back to the seventeenth century, which includes paintings of iconic actors, stage productions, artistic interpretations of Shakespeare’s works, and portraits of the playwright himself.

Contact the team at Bridgeman Images with any queries regarding licensing and clearing copyright.

*Quote is from Shakespeare: First Folio The Tragedy of Troylus and Cressida

The British Library’s Shakespeare in Ten Acts (April 15 – September 6 ) examines how Shakespeare became the cultural icon he is today. Expect diary entries, playbills, costumes and the only surviving play-script in Shakespeare’s hand among the many treasures.

Shakespeare in Art (19 March- 19 June) at Compton Verney in Warwickshire is organised in association with the Royal Shakespeare Company. Re-imagine Shakespeare’s works through different media, including painting, photography, film, sound and light. 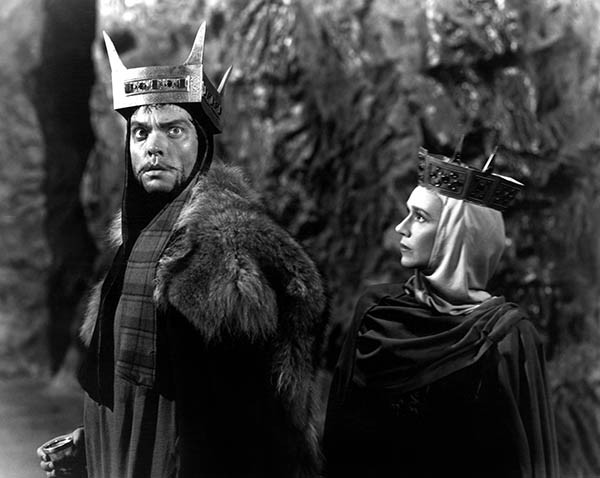 I thought it would be interesting to look at the big cultural happenings of the year using the...
Read More

What’s your sign? The Art of the Zodiac – bridgeman blog

Do you believe your personality is mapped out in the stars? Read below to check if your zodiac...
Read More