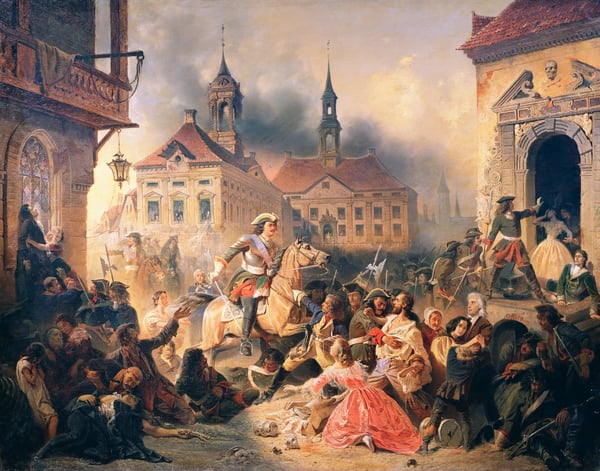 The history of the Russian monarchy is scattered with names which, nowadays, are widely held in popular folklore. There are tyrants, crusaders, bandit kings and emperors, all of whom are reviled and adored in equal measure.

For artists, these towering figures have served as a source of creative inspiration for centuries; indeed, reproductions of their likenesses are displayed on museum walls the world over. As with all famed figures of the past, legend is amplified when the character of an individual is of a particularly indelible nature. Given the nature of Russia itself, it is perhaps little wonder that its history has been marked repeatedly by such individuals, and even among their company, there are some who managed to distinguish themselves. Pyotr Alekséyevich, colloquially known as Peter the Great (1672-1725), is one such man. 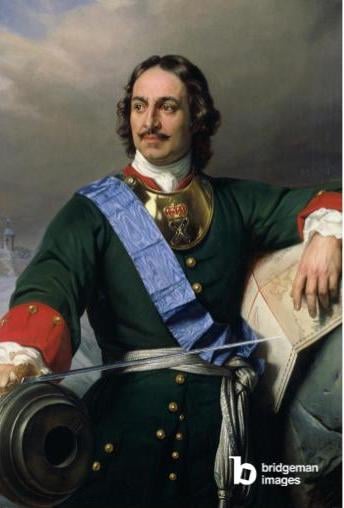 Peter the Great, the Reformer

Today, Peter is best remembered as a reformer; he led a cultural revolution which modernised Russia’s social and political systems. Greatly influenced by his European advisers, he accomplished this modernisation through the appropriation of Western science and Enlightenment thought. He introduced French dress to his courts and required officials to shave their beards; St.Petersburg was designed and built by German and Italian architects, and Peter the Great’s children married into European nobility. For a country which always had a strained relationship with the West, these reforms, and indeed Peter’s legacy, were as divisive then as they are now.

As the nickname suggests, Peter the Great’s accomplishments were many. He expanded his territories through a number of successful wars and built the foundation for the Imperial Russian Navy. Both these achievements consolidated Russia’s place as a major European power. Military gain facilitated the beginnings of a large-scale industrialisation project based on the mining and lumber industries, and under Peter, the country exported more iron than any other in the world. Throughout his reign (1682-1725) he met opposition to his reforms, swiftly and savagely, suppressing rebellions and making examples of their leaders. In this style, Peter dragged a reluctant Russia closer to Europe and Modernisation, and forced it into a new age. That many social and governmental institutions alive today were established under his rule is testament to this.

However, it could have turned out very differently; it was only through good fortune that Peter came to be Tsar. His father, Tsar Alexis of Russia, had fostered sixteen children, and Peter, by no means the eldest, did not, for most of his youth, bare any real claim to the crown. When Alexis died in 1676, he was succeeded by his eldest living son and Peter’s half-brother, Feodor III. Feodor III was Peter’s half-brother. But Feodor was sickly, and his reign lasted only eight years. He died aged twenty and left no heir. Ivan V, Peter’s other half bother was next in line, but he too, was chronically ill and unfit to rule. The resulting power vacuum led to a dispute between the noble families, who, after tensions boiled over, finally agreed to select Peter as heir to the throne.

This unlikely ascendance provoked a belief in Peter, that it was the result of divine intervention; that it was God’s will that he should rule, and rule however he pleased. Perhaps this goes someway to explaining his unbridled ambition. Motivated to make good on this gift, Peter seized it with zealous intent.

It is a testament to Peter’s will that even today, as we approach the 350th anniversary of his birth, his legacy is still felt throughout contemporary Russia. In St.Petersburg, the city which bears his name, he is immortalised in Senate Square by a monumental bronze equestrian statue. commissioned by Catherine the Great, Peter the Great's statue, known as the ‘The Bronze Horseman’ was made by Étienne Maurice Falconnet and revealed to the public in 1782. It depicts Peter as the conqueror, atop a rearing horse with his arm stretched towards the River Neva. The enormous thunder stone pedestal on which it stands is thought to be the largest stone ever moved by humans. It is a fitting, if somewhat fearsome tribute to a leader who re-shaped Russia more than any other. 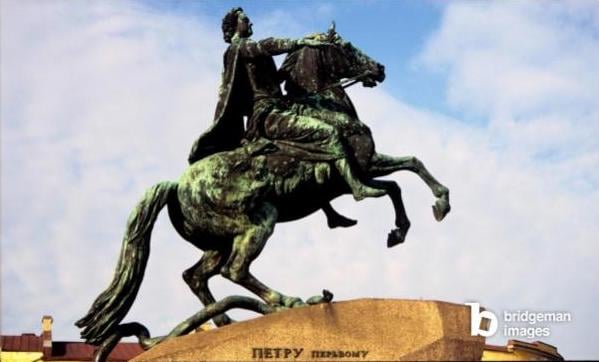 Vladimir Lenin and his mark on Russian history

Few figures loom as large in the consciousness of the 20th century as Vladimir Lenin. In life,...
Read More