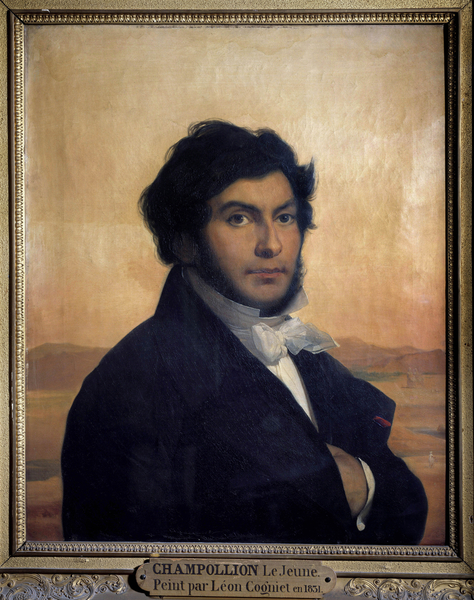 It’s been 200 years since Jean-François Champollion made the remarkable discovery of deciphering the hieroglyphs imprinted in the Rosetta Stone, one of the most mysterious and intriguing Egyptian emblems uncovered to this day. 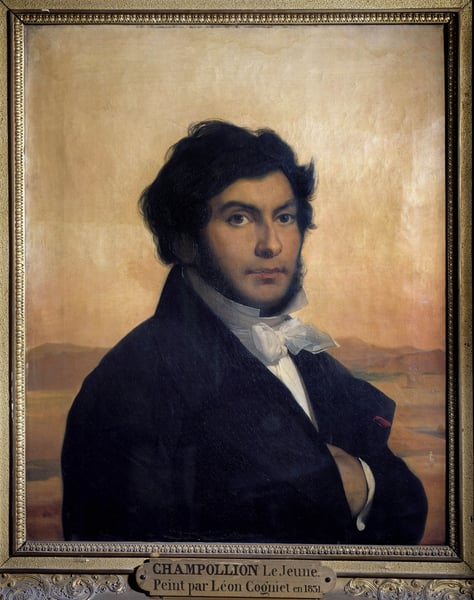 Champollion and his passion for Egyptology

Champollion was born in Figeac, France in 1790. Until age 9 he was homeschooled in Figeac, but at age 10, he joined his elder brother at The Academie of Grenoble, in Grenoble to continue his studies. During his time in Grenoble, he met Fourier, a man with an important position inside the mission of Egypt, who introduced Champollion to ancient languages and the world of Egypt. 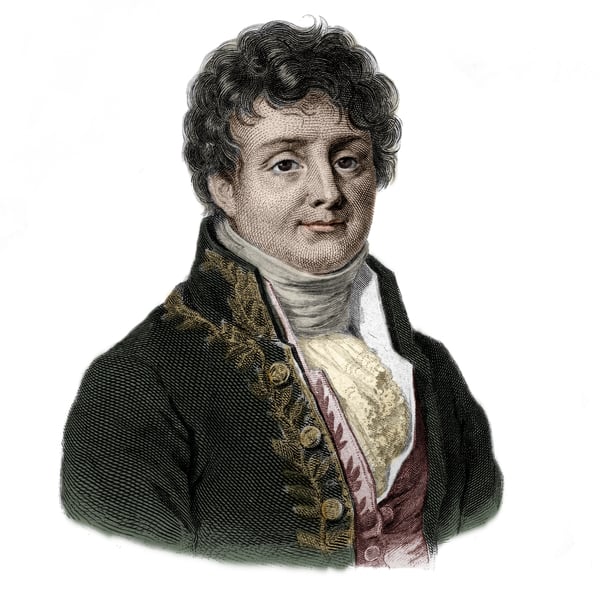 After discovering his passion for Egyptology, he conducted his university studies in Paris at the School of Oriental Languages, where he graduated with an extensive knowledge of various ancient languages, but most specifically the Coptic language, which he claimed was the language spoken in Ancient Egypt. After graduating, Champollion moved back to Grenoble and worked as an Assistant Professor of History at The Academie of Grenoble until his department laid him off due to budget cuts in 1815, the same year he published his first book titled, “L’Egypte Sous Les Pharaons”. Losing his job, however, turned out to be a blessing in disguise because he used that time to really start examining different egyptian texts and studying the relationship between the hieroglyphs and the written words, which eventually led him to the deciphering of the Rosetta Stone. 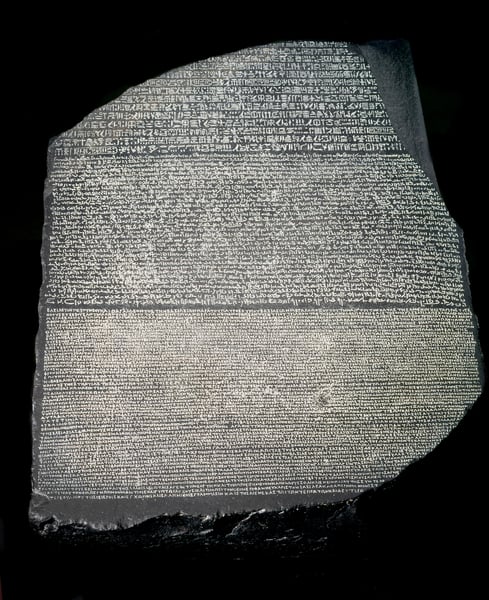 About the Rosetta Stone

The Rosetta Stone was found in 1799 by a man called Bouchard, during France’s occupation of Egypt, 56 kilometers northeast of Alexandria. In 1801, however, the stone passed on to the British, and to this day remains at the British Museum in London. When discovered, the Rosetta Stone became one of the most important Egyptian discoveries ever made because it was the first instance where inscribed, were two languages, Egyptian hieroglyphics and Greek, and three different writing systems (hieroglyphs, demotic script (egyptian cursive), and the Greek alphabet). Decipherment of these languages and writing systems opened many doors for scholars, as they became the key to understanding Egyptian hieroglyphs.

Thomas Young, a British physicist, was the first to research the meaning of the hieroglyphs inscripted on the Rosetta Stone. 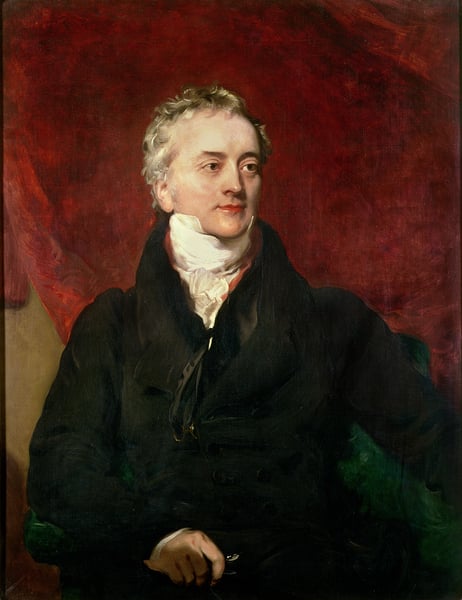 Decipherment of the Rosetta Stone

The most important thing Champollion discovered was the direction in which the hieroglyphs had to be read, which depended on which side the hieroglyphic animals were facing. Following what Young started, Champollion was able to understand the Rosetta Stone more successfully. He determined that the signs were divided into three categories: alphabetic, syllabic and determative. 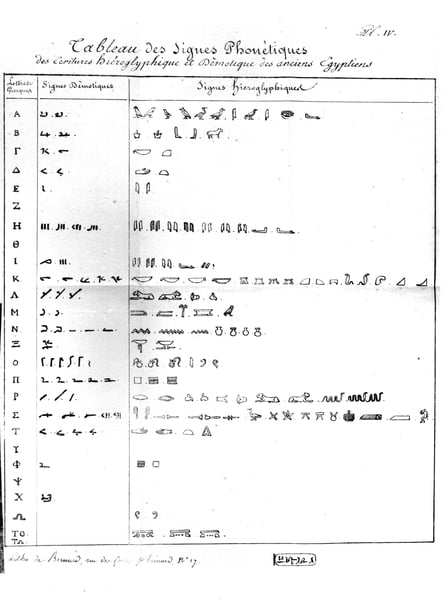 In addition, he ascertained that the hieroglyphic portion was a translation of the Greek portion, which originally was thought to be the other way around. September 27th, 1822, became the official date of Champollion’s breakthrough of the Rosetta Stone, and to this day it is remembered as one of the most historical days in Egyptology. 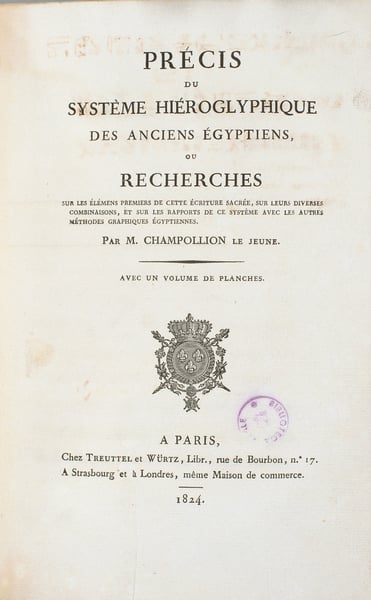 Champollion became the scholar that most successfully deciphered the Rosetta Stone, which consequently led the way into the better understanding of Egyptian history and culture. His discovery named him the father of Egyptology, and allowed him to further pursue his passion of deciphering egyptian texts. Later in his life, he was offered a position to teach Egyptian History and Archeology, a curriculum specifically created for him, in Paris. During his last years, he spent his time writing a book on Egyptian grammar and a dictionary, but sadly passed away before he could publish it. His brother ended up publishing it for him. Champollion didn't only decipher the Rosetta Stone, but gave importance to the study of Egyptology, which wasn’t a renowned field of study before him. To this day, we thank him for his work and discoveries, as they influenced many scholars after him to research future breakthroughs in the field of Egyptology. 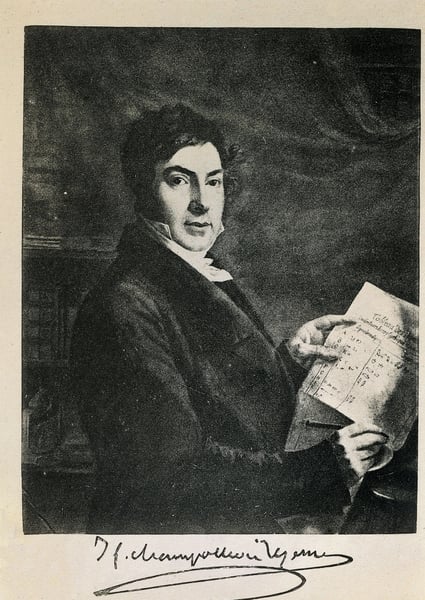 Through Champollion's ephort of deciphering the Rosetta hieroglyphs, we all knew what to call the boy king that was discovered by Howard Carter in 1922: Tutankhamun.

Click here to discover more images of Champollion in the Bridgeman Collection.

Discover all the visual trends coming up this year
Read More

Sainte-Hélène, Island of Bonaparte’s exile and death in the South Atlantic Ocean

Napoleon spent ten weeks at sea on board the HMS Northumberland and arrived at Sainte -  Hélène on...
Read More

Bridgeman Images are proud to represent The Royal Collection, one of the largest and most important...
Read More