Inspired by Pantone: Colour Of The Year 2021 - Archive Highlights

Pantone have launched their two colours of the year - an 'Ultimate Grey' and an 'Illuminating' bright yellow, described as 'a marriage of colour conveying a message of strength and hopefulness that is both enduring and uplifting.'

Inspired by the selection we present image highlights from across all areas of the archive, or discover our taster lightbox of images inspired by 'Illuminating' Yellow and 'Ultimate' Grey. 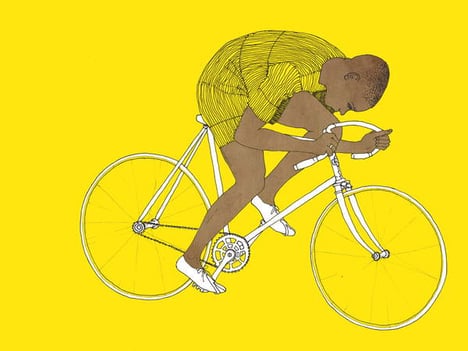 Eliza Southwood has a strong reputation for documenting cycling events from within the British and European cycling community, and - as a keen cyclist herself - portrays these events through densely layered screen prints with a bold yet vintage colour palette of oranges, blues and greys. We love her bright, contemporary, and quintessentially British images that perfectly capture the energy and excitement of cycling outdoors. Bridgeman proudly represent Eliza Southwood as one of our Bridgeman Studio artists for copyright administration and licensing. 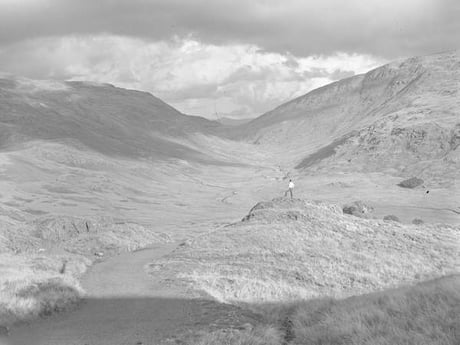 Joseph Hardman was born in Radcliffe, near Manchester but moved to Kendal in 1911. He was a keen photographer so joined the local Photographic Society and made the acquaintance of Clarence Webb, who channeled his enthusiasm for photography and provided advice and guidance. Hardman often worked freelance for The Westmorland Gazette, often covering up to 200 miles a week in a taxi. He tirelessly documented local events, personalities and traditions such as the Lyth Valley damson harvest. He also attended informal rural events like shepherds’ meets, cataloging a way of life that was, even then, changing.
His photographs often involve a single figure surrounded by breathtaking views of the hills and mountains, although throughout his career he disliked shooting the common type of portrait as well as wedding photographs. The relaxed stances of his ‘models’ are evidence of the extent to which he was known and liked locally. 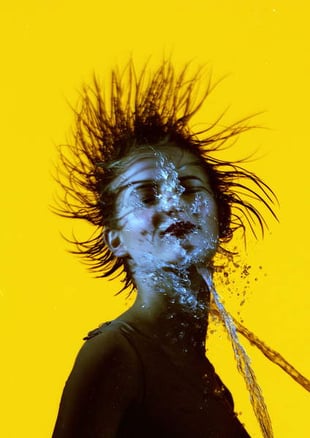 Sandro Sodano studied Graphic Design at Saint Martins School of Art in the 1980’s. Since then he has become one of the world’s leading fashion and still life photographers and has won numerous awards, having shot global campaigns for most of the major fashion brands including Calvin Klein, Diesel Jeans, Gap, H&M, Issey Miyake, Paul Smith, Thomas Lobb and Vogue. In addition to shooting fashion models from a range of backgrounds and an exhaustive list of themes, Sodano has also photographed still life objects and other historic items. 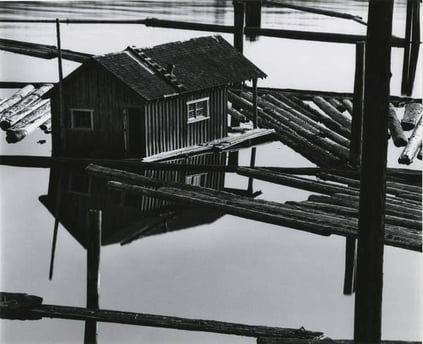 The American photographer Brett Weston (December 1911 – January 1993), was the son of another great photographer - Edward Weston - and seemed destined from birth to follow in his father’s footsteps. Brett was just 14 years old when he started taking pictures while living with Tina Mondotti and his father in Mexico, exhibiting his work alongside his father’s a couple of years later. He had his first one-man retrospective show at the De Young Museum in San Francisco aged just 21, prompting him to be described as the “child genius of American photography” by fellow photographer Van Deren Coke.

Weston would travel extensively throughout his life and his style changed significantly but throughout he would gravitate to similar themes of cityscapes, plants, desolate regions - invariably with a concentration on close-ups and abstracted details, reflecting a preference for high contrast that reduced many of his subjects to pure form.

Read our recent interview with the Brett Weston Archive. 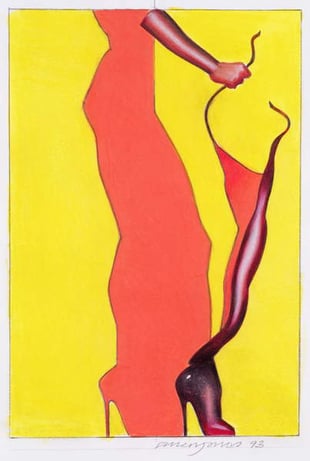 Allen Jones R.A. (b.1937) is one of Britain’s most distinguished and seductive artists from the pioneering Pop Art movement. Jones was one of an outstanding generation of young painters which included Patrick Caulfield, David Hockney and R.B. Kitaj, who studied together at the Royal College of Art, London and were responsible for producing the first coherent exhibitions of British Pop Art, a movement that used the imagery of mass culture as the basis for its art.

Jones later recalled that by the end of the 1950s a new visual language was developing. ‘Our “nature” and inspiration was the urban life all around us: advertising, cinema, the proliferation of magazines and the pinball culture imported from America.''

Painting is, in many respects, Jones’s first love accounting for the larger part of his artistic output through a career that has lasted for more than forty-five years. In the famous Bus paintings of 1962, Jones adopted a shaped canvas to convey movement. They are also notable for their brilliance of colour, adopting a red/green polarity. 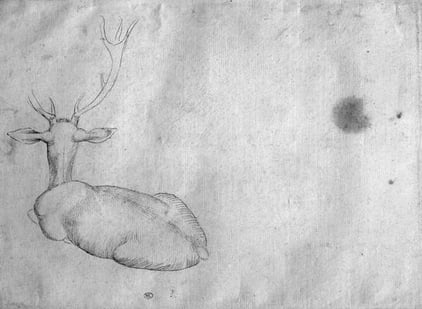 Pisanello was one of the most celebrated and multi-talented artists of his day. His paintings ranged from large decorative frescoes (many of which have been destroyed or damaged) to small elegant portraits that combined closely observed natural detail with a strong sense of pattern. He is now best known for his drawings and portrait medals. Originally from Pisa, Pisanello trained in Verona and then completed fresco projects begun by Gentile da Fabriano in Venice and Rome. He travelled throughout Italy and was employed at the Renaissance courts of Mantua, Ferrara and Naples. 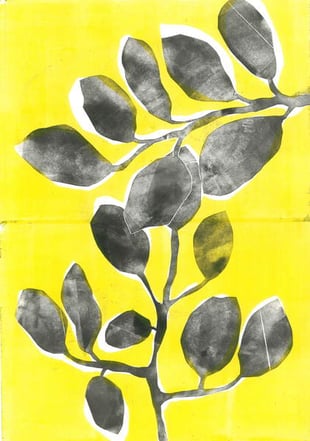 Stephen Dow is an artist and printmaker based in East London, graduating from the Belfast School of Art in 1997 having studied textiles. His creative business, Heraldblack, was established in 2014 after working for John Rocha in Dublin and for over 10 years on home accessories and merchandising for Habitat & The Conran Shop.

Now printing on paper instead of textiles, Dow produces a range of hand printed & original monoprints as well as card and poster collections that are stocked by retailers in the UK, EU & USA. Dow's monoprinting technique ensures each print is a unique, one of one edition. Prints are often taken from card stencils hand assembled by Dow (similar to collagraph printing) and lately collages have also become an important part of his practice. 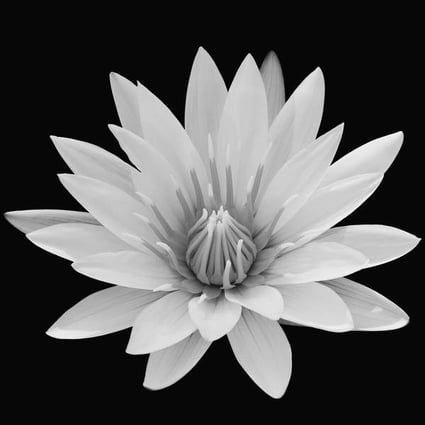 Hiroyuki Arakawa is a Japanese photographer who exhibits regularly. Arakawa sees himself influenced in his monochrome photography by the likes of Ansel Adams, but also finds influences in his own culture of Japan, specifically the notions of Zen and Minimalist mentalities -- in Arakawa's words, 'the true culture' of Japan. He is a Buddhist and attributes his artistic thought process to the silence of meditation.

The “White Flowers” series is an ongoing artistic endeavour that will continue in Arakawa's eyes until nature has been exhausted of its natural beauty. Arakawa collaborated with Japanese clothing designer Yohji Yamamoto in Paris for the Autumn Winter 2011/2012 collection. Two White Flowers were used, the Chrysanthemun and the Dandelion. The resulting flower printed dresses opened the show. 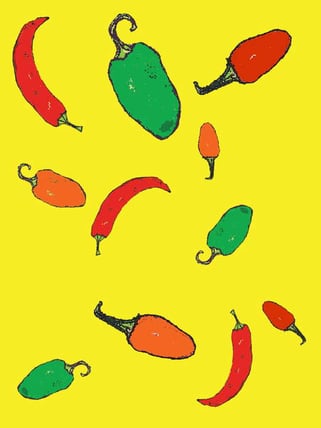 Sarah Thompson-Engels is best known for her mono-prints and mixed media paintings, creating simple and striking depictions of animals, plants, and every-day objects. Since completing her degree in Fine Art, Thompson-Engels has had many successful solo exhibitions and has completed numerous commissions for clients all over the world. Her usage of bright, bold colours and shapes can evoke memories of pop art, but her line has subtle detailing which emphasises the handmade, organic nature of her work. 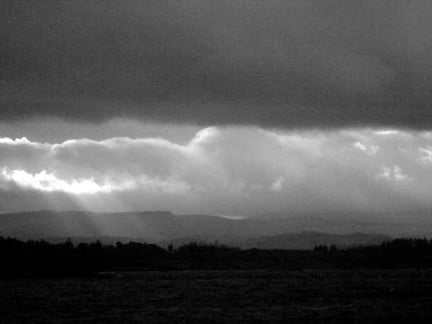 Born in Venice, August 1947 of Anglo/Yugoslav parents, Peter McClure arrived in the UK in the spring of 1948. He was schooled there with further studies in Art and Architecture, discovering almost a spiritual connection to both, with a keen interest in the Bauhaus, Constructivist and Dadaist movements in particular. He is quoted as saying that 'the only universal Truths are Mathematical', and follows a belief that geometry in art and design is a movement which evolves with time - with maths and geometry being the building blocks for good design. While concentrating on his geometry inspired works, McClure also turns his hand to photography, which often picks out intricacies in the shades between pure black and white.

Discover our taster lightbox of images inspired by 'Illuminating' Yellow and 'Ultimate' Grey.

With excitement buzzing around Pantone’s recent release of their colours for Spring/Summer 2020,...
Read More