April 6th is the day we remember Igor Fyodorovich Stravinsky, fifty years since his death. Stravinsky is one of the most influential composers of the 20th century who rose to fame in the 1900s for his compositions for the Ballet Russes, in particular the three performances titled The Firebird (1910), Petrushka (1911) and The Rite of Spring (1913). His music had a revolutionary impact both before and after World War One. Stravinsky’s works are classical in genre and known for their stylistic diversity. Igor began his musical career focusing on Russian aesthetics, as can be seen in the Symphonies of Wind Instruments, 1920.  Igor moved away from the Russian aesthetics after his voluntary exile from Russia and aligned his music with a neoclassical style. 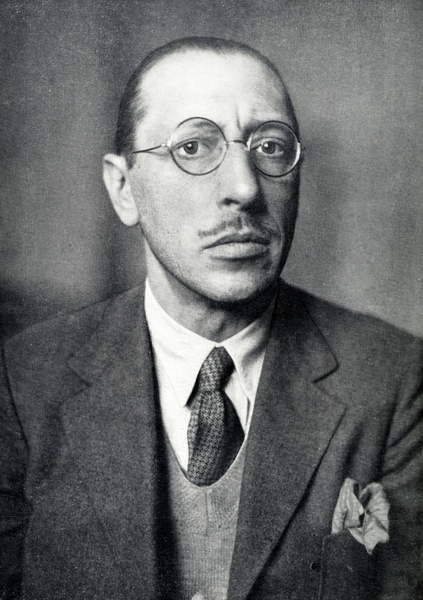 Igor Stravinsky was born on June 17, 1882, in a town called Oranienbaum in St Petersburg, Russia. As a young boy he was raised by his father and mother. Stravinsky had a musical background with his father Fyodor, a bass drummer who played in the Imperial theaters and his mother, Anna, a talented pianist. As a young boy, Stravinsky was given music theory and piano lessons. As he grew older still in his very early years, he aimed to become a lawyer and studied law and philosophy at St. Petersburg University. Stravinsky became aware of his musical talent very gradually. Composer Nikolay Rimsky-Korsakov had a son called Vladimir on the same law course as Stravinsky. Stravinsky showed Korsakov some of his music compositions of which he was impressed and Korsakov decided to take Stravinsky on as a pupil. 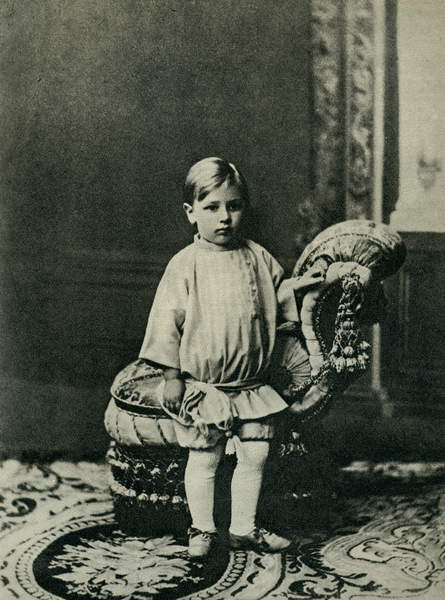 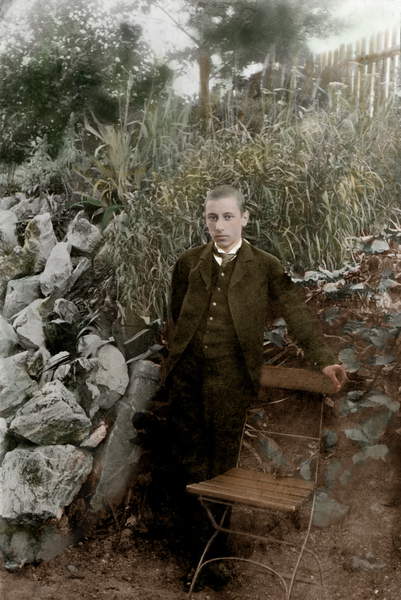 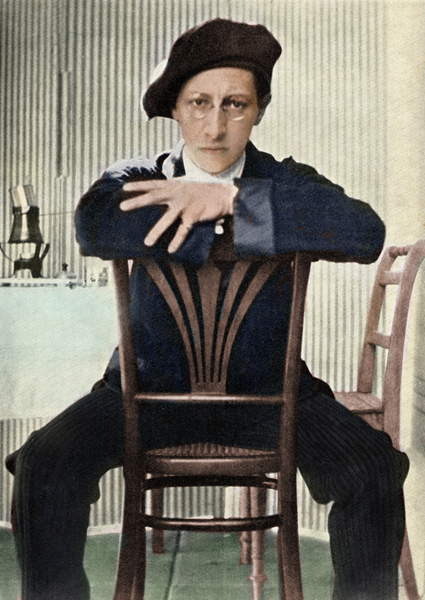 Igor Stravinsky was mainly a self taught composer. After his voluntary exile from Russia, he moved to Switzerland before moving to France in 1920. Korsakov tutored Stravinsky mainly in orchestration and gained many valuable skills that furthered him into his music career. Korsakov would hold weekly gatherings whereby Stravinsky’s student works were performed. Sergei Diaghilev, the founder of the Ballet Russes saw potential in Stravinsky when he appeared in a concert and played an impressive short orchestral piece, the Scherzo fantastique. After this event, Diaghilev invited Stravinsky to orchestrate a few of Frédéric Chopin’s works for his ballet Les Sylphides. He also commissioned Stravinsky for orchestral arrangements for the summer season of his Ballet Russes in Paris. Stravinsky became famous in Europe as a result of Diaghilev’s influence. This image below shows Igor Stravinsky in the company of Sergei Diaghilev, Russian ballerina Tamara Karsavina and Russian painter/designer Leon Bakst. 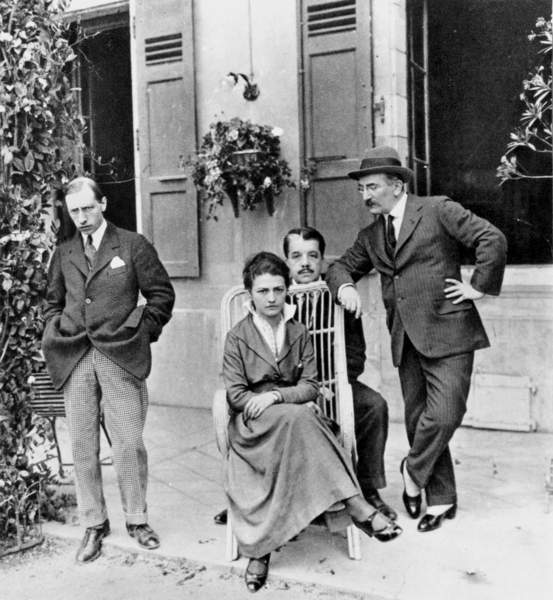 ‘Stravinsky hates the term ‘genius’, but I am certainly not obliged to follow his hates, which are part of his anti - romantic confusion’, Hans Keller and Ignor Stravinsky   ‘Conversations with Ignor Stravinsky’ 1959.

Stravinsky was a charismatic character and great friends with Jean Cocteau, Pablo Picasso and his wife. Stravinsky and Picasso exchanged small pieces of art, Stravinsky would write sketches of clarinet music for Picasso, capturing his friend’s cubist style. Picasso drew many sketches of Igor Stravinsky and incorporated the linear representation of treble clefs and barred quavers. 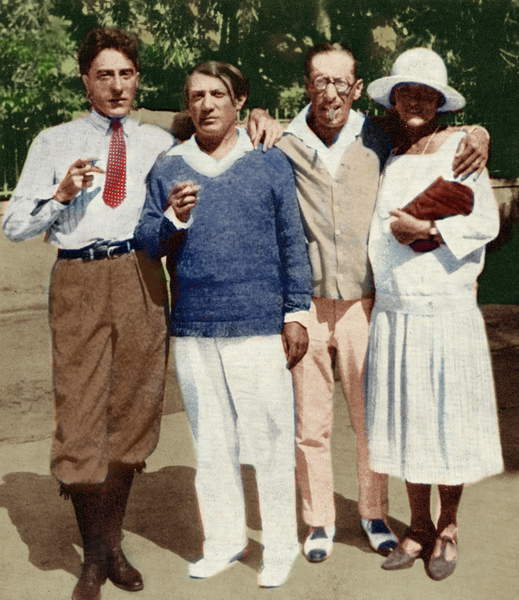 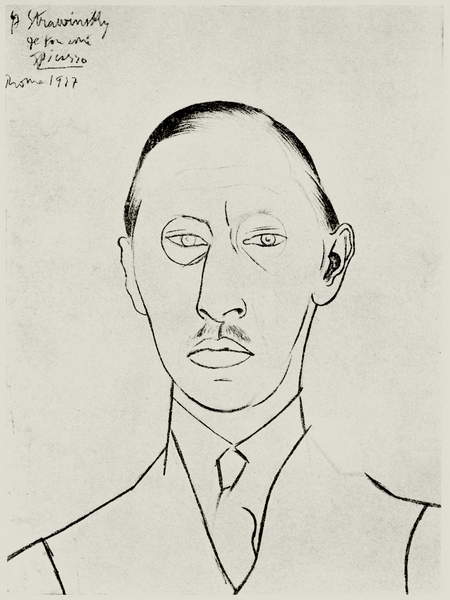 Igor Stravinsky married his first wife Catherine Nossenko in 1906, with whom he had four children. Catherine was also a talented musician who read over many of Stravinsky’s scores. The pair had known each other since childhood. In the years 1938 - 39, Stravinsky’s eldest daughter Ludmilla and his wife Catherine, both died from Tuberculosis. Stravinsky was forced to stay in a Swiss tuberculosis sanatorium, he utilised this time by writing lectures on the poetics of music. Lectures were delivered to students at Harvard University who had awarded him their famous Poetics Chair.

Stravinsky met his second wife, Vera de Bosset in the United States and settled together in Hollywood. 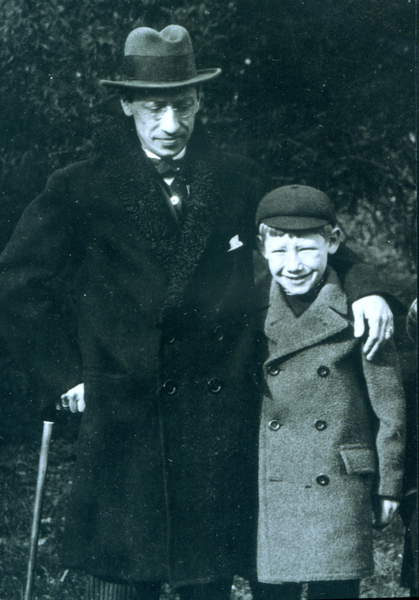 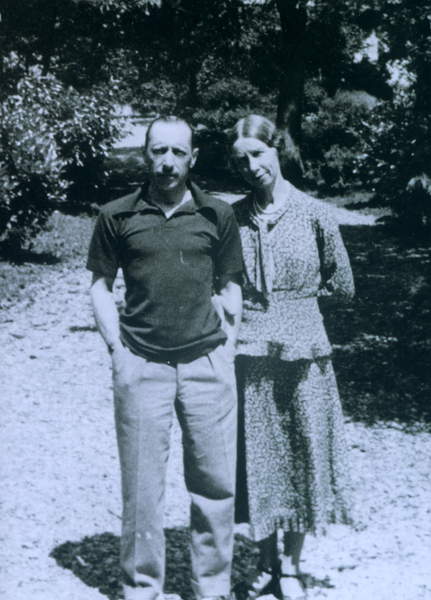 The Firebird is an orchestral and ballet work written for the 1910 Paris season of Sergei Diaghilev’s Ballet Russes company. The ballet tells the story of the Firebird, which is based on Russian fairy tales. The Firebird is said to bring curses and blessings to the possession of its owner. The performance was praised by critics who commented on the decor, music and choreography. A large orchestra made up the performance with many forms of instrumentation including woodwinds, brass, percussion and strings. This classical style of music focused on clarity and rhythmic energy. The success of the performance secured instant talks of a sequel. Stravinsky became known as Sergei Diaghilev’s star composer. ‘He is the man on the eve of celebrity’ Sergei Diaghilev was quoted as saying.

On the 25th June 1910 the ballet was premiered by the Ballet Russes at the Palais Garnier in Paris. 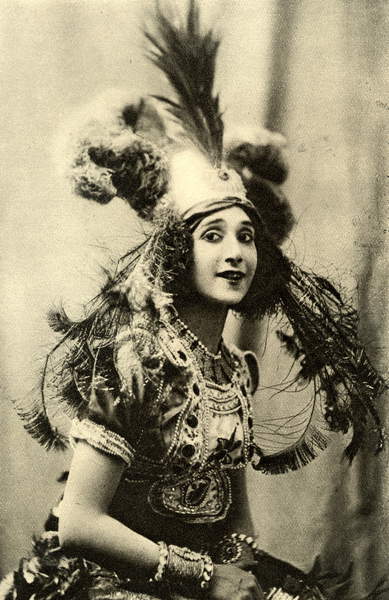 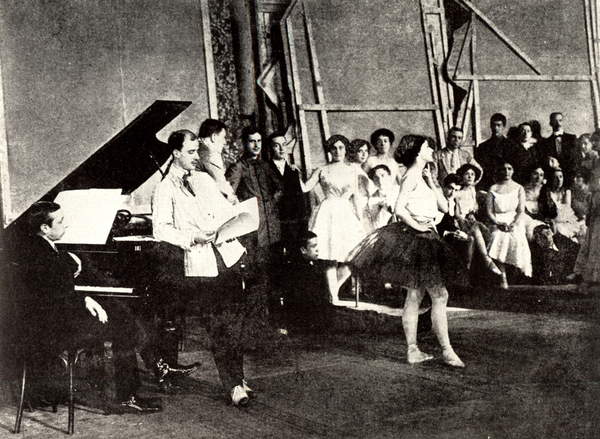 Dance, music and design is unified in the ballet of Petrushka. Petrushka was written for the 1911 Paris season of Sergei Diaghilev’s Ballet Russes company. Stravinsky also produced orchestral concert work for the ballet, which tells a story of the jealousies and loves of three puppets. The play is one of the most successful and popular out of the Ballet Russes productions. The story is centred on Petrushka who develops an unrequited love for the Ballerina as she prefers the Moor. The Moor and Petrushka fight with anger resulting in Petrushka’s death. As night falls Petrushka’s ghost rises above the puppet theatre. The Theatre du Chatelet premiered the ballet on the 13th June 1911. In contemporary play today, the ballet is usually performed using original designs and choreography. 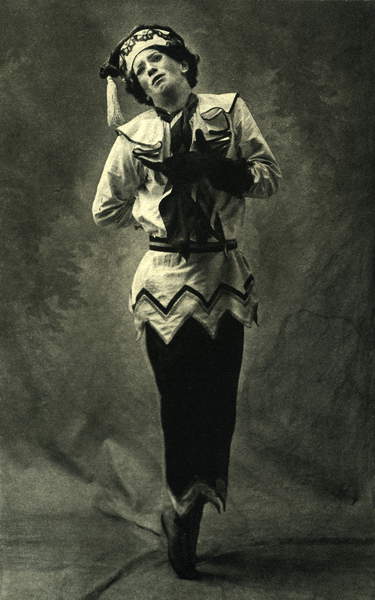 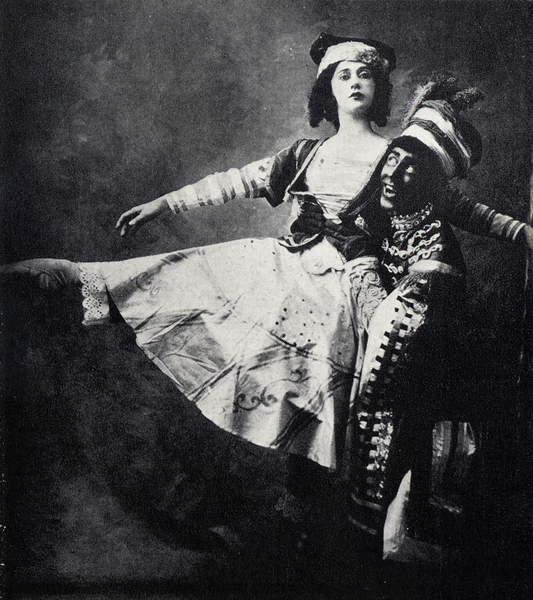 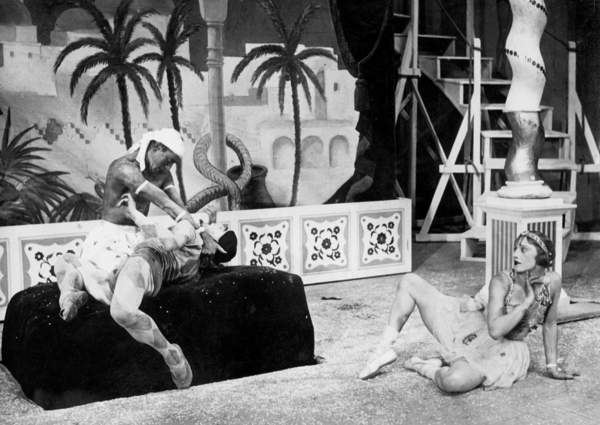 The Rite of Spring

‘The Rite of Spring’ is a ballet and orchestral work written for the 1913 season of Sergei Diaghilev’s Ballet Russes company. Stravinsky was still quite an unknown composer in his early years whilst working for Diaghilev. Ballet dancer and choreographer Vaslav Nijinsky conducted the original choreography. Stage designs and costumes were made by Russian painter Nicholas Roerich. The Rite of Spring was classed as a sensational performance due to it’s avant-garde nature. It was the third project after Petrushka (1911) and Firebird (1910). The narrative of this play is focused on imagery of pagan Russia. The advent of spring is celebrated through various different primitive rituals. Quite shockingly a scenario presents a girl chosen as a sacrificial victim, dancing herself to death. A chilling dimension to the work, reinforcing its surreal narrative. The music was shocking to audiences at the time due to its irregular rhythms and peculiar orchestral sounds.

Stravinsky strived into the world of the unconscious with this performance. 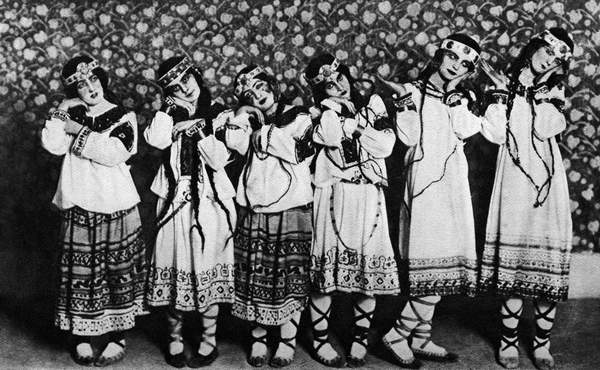 The Rake ‘s Progress by Igor Stravinsky is an opera in three acts and an epilogue. It is based loosely on the eight paintings and engravings entitled ‘A Rake's Progress’ by William Hogarth. The narrative is based on the decline and fall of Tom Rakewell, the prodigal and heir of a rich merchant. Rakewell arrives in London and wastes all his money on luxurious living, prostitution and gambling. He later consequently is imprisoned in Fleet Prison and Bethlem Hospital. The first painting by Hogarth pictures Tom, the heir, coming into fortune with his fathers money. Servants mourn at the death of Tom’s father. Sarah Young, his pregnant fiancee is rejected by Tom and pays her off. Stravinsky had seen the exhibition of Hogarth’s paintings on the 2nd May 1947.

The Rake’s progress is the only full -length opera that Stravinsky wrote. The music is of a neoclassical style with characteristics of clarity, emotional restraint, order and balance. Its modern stance is therefore reflective of previous classical genres.

There is a ‘continuous influence of traditional tonality in the Rake's progress, passages are heavily laden with chromatic harmonies and meandering voices’ - Chandler Carter, Stravinsky’s ‘Special Sense’: The Rhetorical Use of Tonality in ‘The Rake’s Progress’. 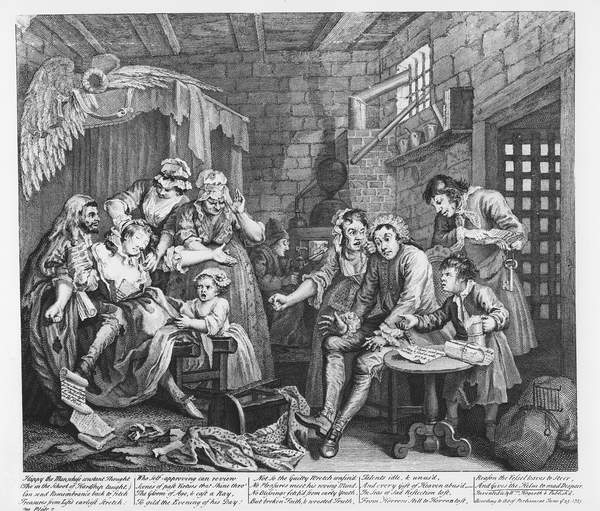 Oedipus Rex is an opera by Igor Stravinsky. The performance consists of an orchestra, male chorus, soloists and a speaker. The extended musical work is based on Jean Cocteau’s written work, Sophocles’s tragedy. Sophocles was an ancient greek writer of tragedies. His literature was the most celebrated in the city state of Athens. The main narrative of Oedipus Rex is based on the idea that if you defy the gods, you will suffer great consequences.

Stravinsky’s musical composition for this opera was written during the beginnings of his neoclassical period. 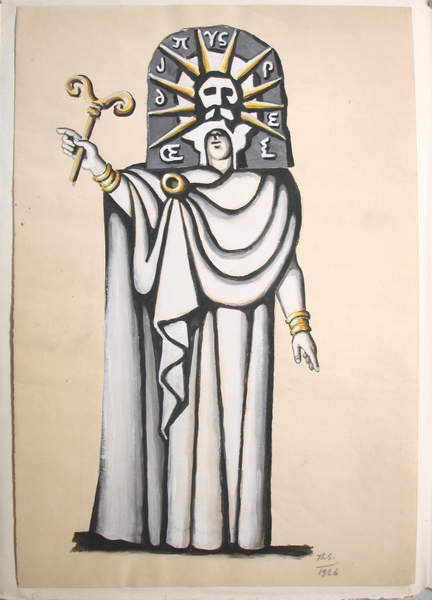 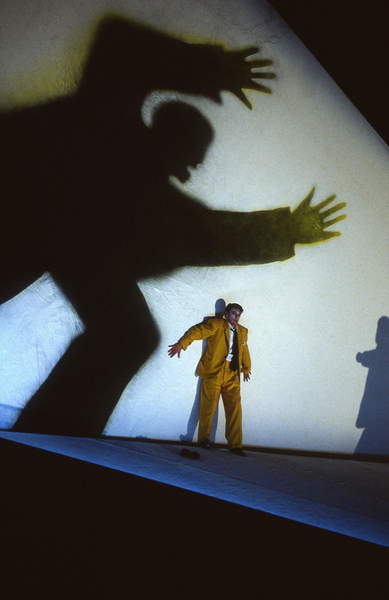 Igor Stravinsky has had immense influence on successive composers who have  picked up on similar pulses, rhythms and forms. Stravinsky’s style of music has considerable amounts of dissonant harmonies and brilliant original orchestration. His creativity saw him experiment with a variety of styles which in turn captured innovative depth to his works.

American composer Aaron Copland was greatly influenced by Stravinsky’s fluid, spontaneous rhythms and musical style that pushed beyond the boundaries of bar lines.

Stravinsky has influenced many Hollywood composers and Hollywood film productions. The Rite of Spring has been used by Walt Disney in the 1940 film ‘Fantasia’. 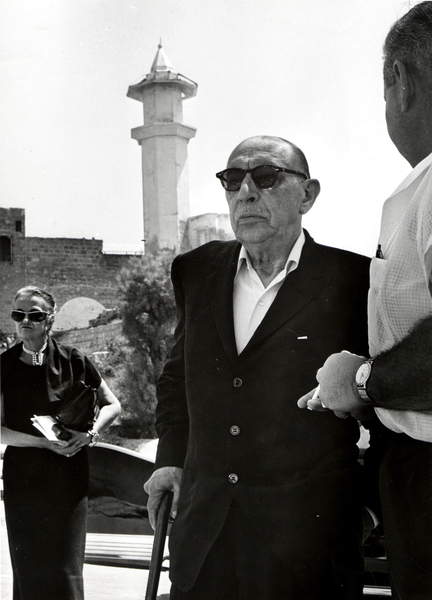 The Royal Ballet in London have performed a variety of ballets by Igor Stravinsky, focusing on original or similar choreography, music and outfits. These theatrical performances have a modern twist with 21st century dancers fulfilling the roles. The rite of spring outfits displayed below in a performance at the Royal Ballet show the costumes to be bright orange in colour. The orange costumes against a dark backdrop appear exquisitely bright. The dark, surreal narrative of the primitive rituals in the Rite of Spring is reinforced by the glaring white heads of the dancers.

Kenneth Macmillan, artistic director of the Royal Ballet in London between the years of 1970 and 1977, created his own distinct version of Rite of Spring in 1962. The choreography presented by Macmillan focused on the ‘visceral and energetic rhythms and driving pulse of the music’ - Royal Opera House, The Rite of Spring. 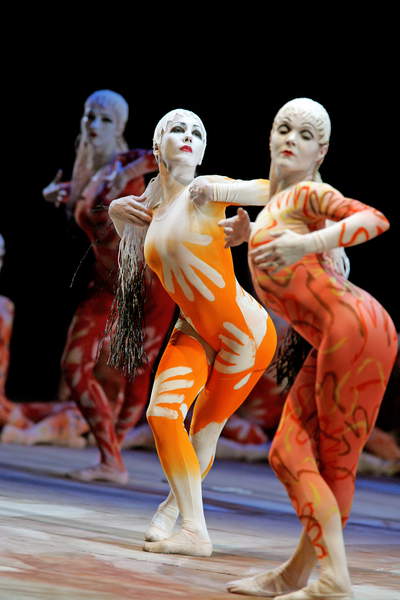 The rite of spring is pictured in this performance below. Contemporary ballet has advanced in superb dramatic lighting. Light is shone on to the character below who dances with sensational dramatic movement. 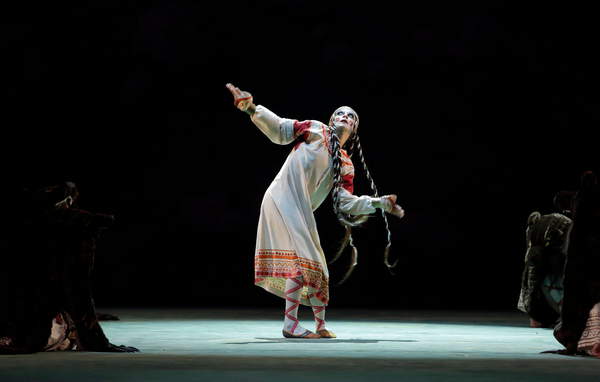 The Théâtre du Châtelet, an opera and theatre house located in Paris, France,  presents many operas and ballets. A scene from Oedipus Rex is presented here below showing a woman singing with strength and passion. Singers and roles are often classified by voice type based on the agility, power and timbre of their voices. Contralto, mezzo-soprano, and soprano are usually reserved for female singers. Her arm is lifted displaying an act of triumph. The play is directed by American theatre director Bob Wilson. 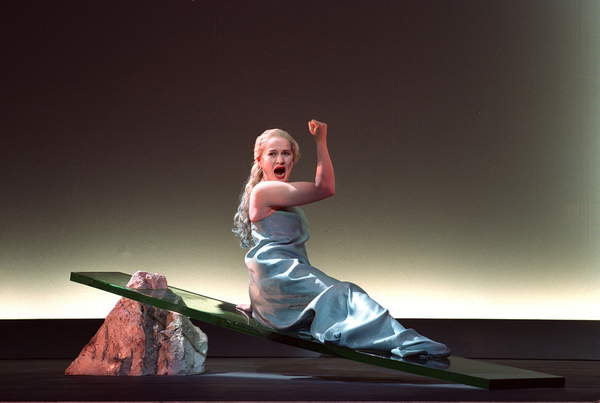 Another scene presented below from the performance ‘Oepidus Rex’ displaying a character with wild hair and a blue long gown, perhaps a God, infuriated by defiance. Male singers are classified with a wide range of vocals including bass, bass - baritone, tenor and countertenors. 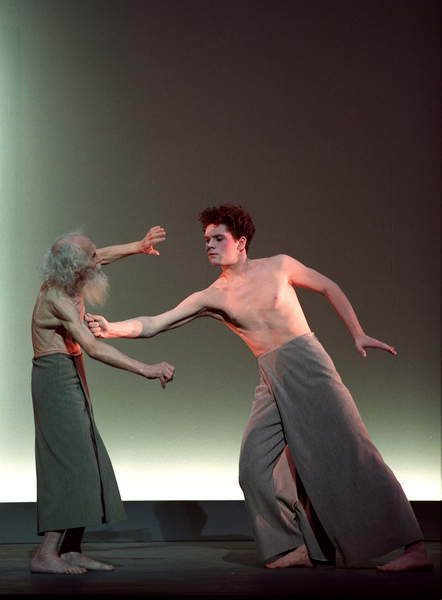 Kiss Me, Though I Might Not Be Irish – bridgeman blog

‘Beginning in the middle, starting thence away. To what may be digested in a play.’ * In 2016 the...
Read More

Give your brands a spring in their step with fresh ideas from our calendar of commemorative and...
Read More