”She has fought many wars, most internal. The ones that you battle alone. For this, she is remarkable. She is a survivor.”

This week in footage, we cast our eyes to the past to spotlight some of history’s fantastic female icons.

Regardless of their place of birth, these women or their organisations are remembered by history – some for their achievements in a specific field, pioneering a new activity or achievement, and many for continuing to strive through difficult times when the odds were against them.

Amelia Earhart is the well-known female aviation pioneer who famously attempted to circumnavigate the globe in 1937. Earhart was well known for her at the time unconventional upbringing, with hobbies that would today be called tomboyish. As a young adult, Earhart was the first female aviator to fly solo across the Atlantic Ocean. She refused to lose her name upon marriage, asserting that her marriage to George Putnam was a partnership with ‘dual control’. She broke several world records. Unfortunately, during her crossing of the Central Pacific Ocean in 1937 she disappeared. With no sign of either her aeroplane or colleague, Navigator Fred Noonan, it would appear the pair vanished while attempting to land on the small Howland Island.

Earhart’s extraordinary life, as well as her achievements both on and off the ground, continue to attract much acclaim today – as well as the mystery surrounding her disappearance. Aviators from across the world pay occasional visits to the Island, sometimes flying low enough to drop flowers in Earhart’s memory. The only remaining built structure on the Island, Earhart Light, still stands on the island today. 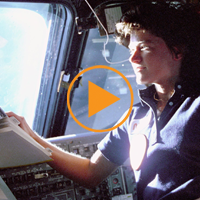 Sally Ride was an American Astronaut and University lecturer. Her career broke several records, primarily as she would become the first woman in space in 1983. At age 32, she was also the youngest astronaut in history (and she still holds this spot today). During her career she was married to a NASA colleague but divorced in 1987 after spending the last few years of her life teaching. Upon her death in 2012, it was revealed that a later partner of 27 years was in fact a woman. Throughout her career, Ride had been very quiet about her personal life, preferring to not mix work and private matters. With this in mind, today Ride is acknowledged not only as the first Woman in space but also as the first LGBT astronaut.

Marina Tallchief made history as the first Native American prima ballerina. She spoke out against prejudices and misconceptions of her culture from American society throughout her whole life, and became known as a ballerina who broke the mould – you didn’t need to have a classical upbringing to succeed in the world of ballet. That said, Tallchief began her passion at age 3 and dedicated most of her energy to it throughout her life. 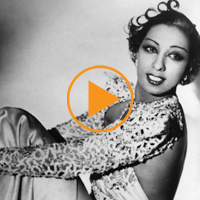 Josephine Baker is a performer, icon and symbol of the Jazz Age. Among her many achievements, she was the first African-American to star in a major motion picture, the 1927 silent film Siren of the Tropics. We hold a large selection of delightful stage photographs and costume portraits (including her iconic banana skirt!) as well as clips of her in action on and off the stage. During her lifetime, Baker refused to perform for segregated audiences in the United States. She also contributed to the Civil Rights Movement, and was offered unofficial leadership in the movement following Martin Luther King Jr’s assassination. She declined out of the fears of the safety of her children.

On top of this, she also aided the French Resistance during WW2.

Emily Davison and the Suffragettes

The historic Suffragettes are well represented by several clips in the archive, depicting a variety of marches, speeches and events, highlighting their struggles and goals. We hold iconic, yet troubling footage of suffragettes being carried away by Police, as well as footage of Emily Davison throwing herself in front of the King’s horse at the Epsom Derby in protest – from two of the three angles from which cameras caught the event. 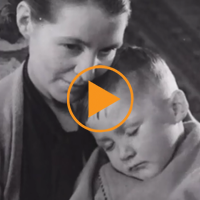 Perhaps one of the lesser-known features on this page, the Plunket Society Nurses are no less fantastic. They were a group of New Zealand based paediatric nurses who helped ensure that the New Zealand infant mortality rates became the lowest in the world.

The Woman’s Auxiliary Australian Airforce – the largest of the wartime Australian women’s services. The WAAAF was formed in March 1941 after a large period of lobbying by women who were keen to serve and by the Chief of the Air Staff, who wanted to release male personnel serving in Australia for service overseas. It was disbanded in 1947, but left a lasting cultural impact and remains historically significant today. Between 1941 and 1947, approximately 27,000 women enrolled in its service.

This organisation are shown in uniform, in formation, rehearsing marches, preparing vehicles for excursions and, on the sidelines, smiling and enjoying the proceedings. 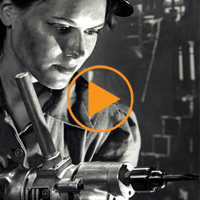 Our archive of footage featuring Women at Work is one of our largest. From across eras we can see a wide array of women-only working environments, such as factories and docks. Much of this footage comes from periods when the world was at war, but this only serves to highlight the unbreakable spirit of these incredible women.

Footage of stoic female recruits to the Cuban Rebel Army during the Cuban Revolution. Some of our most striking footage from this feature, women in Cuba are shown in desperate times wielding weapons, marching, standing in line and engaging in army activities 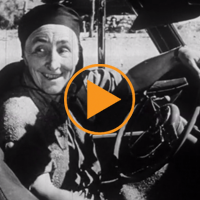 This fantastic footage of innovative painter Georgia O’Keeffe shows her setting up her home and studio in Abiquiú: a town in the vast dry deserts of New Mexico. She leaves home enthusiastically and arrives at her studio, preparing her tools and objects of inspiration before gazing at her surroundings outside. As well as being an important historic artefact showing an artists’ daily life, it is also beautifully filmed and gives us a rare insight into her procedure.

Barbara Hepworth’s name has become synonymous with Modernism. Her work exemplifies modernism, and specifically modern sculpture, for which her work has become a textbook example. As part of our extensive archive of artists on film, both at work and at home we are proud to present a colour film of prolific sculptural artist Barbara Hepworth. Her finished works are shown on gorgeous landscapes in Cornwall.

This film, entitled Figures In A Landscape, was released in 1953 and runs for 17 minutes. It shows Hepworth working in her garden and on the coast.

Can’t find what you’re looking for?

We offer free research, so please contact us if you need help sourcing anything from the archive.

Our archive of exclusive footage clips is growing all the time so there is always something new to discover.

“Football is football and talent is talent. But the mindset of your team makes all the difference.
Read More

“In the face of the economic plight, it is our task to become pioneers of simplicity…to find a...
Read More

“A history of nightlife!–what an interesting concept…activities that take place in the multitude...
Read More