Angela Easterling works with the earliest forms of photography, the photogram and the cyanotype, to create stylish contemporary images of nature.

Influenced by the work of 19th century photographer Fox Talbot and renowned botanical photographer Anna Atkins, Easterling has adopted this unique style of photography to showcase unusual and beautiful natural forms. Instead of a camera, each image is dependent upon exposure, light source, humidity and, most significantly, the combination of the plant materials with sensitised paper.

Each photogram involves placing objects directly onto the surface of a light-sensitive material such as photographic paper, and then exposing it to light. The result is usually a negative shadow image that displays variations in tone, depending upon the transparency of the objects used. Areas of the paper that receive no light appear white, while the rest is dyed an overall hue. 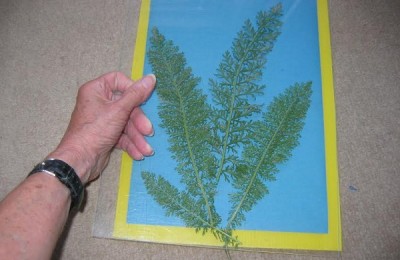 It is often worked upon in a darkroom, where the objects are arranged and the material exposed to a light source of some kind. The material is then processed, washed and dried.

This type of cameraless photography has also been used by other prominent artists like Man Ray, László Moholy-Nagy, Imogen Cunnigham and Picasso. 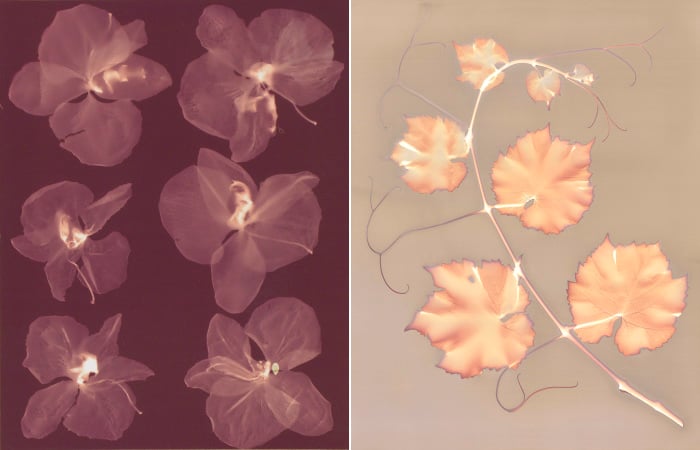 Angela Easterling produced over 75 unique studies of various vegetables and fruit as part of a commission for the Albert Roux restaurant chain, for their launch throughout the UK.

These images employ a striking use of colour and composition to complement the fine dining experience of the restaurants.

Easterling has collaborated with some of the most eminent botanical scientists in the world, to create solo exhibitions at both The Eden Project and RBG Kew. Her botanical images have also been exhibited and held in collections at the V&A, Fox Talbot Museum and RHS Lindley Library. Blueprint For Living, her series of nine body prints, are permanently installed in the atrium of Chelsea and Westminster Hospital. She has even featured on BBC 4 with her method of the cyanotype. 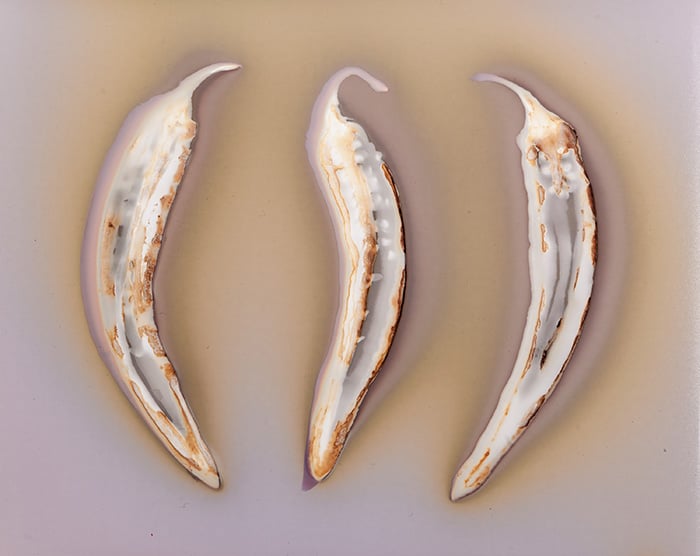 Angela Easterling is one of six Bridgeman Studio artists chosen to feature on Bridgeman Gallery, our brand new platform selling original art from the collections of our talented and established artists. Thirty-seven hand-picked works have been exclusively launched on CultureLabel.com, the online art portal and hand-crafted gift retailer, acquired by Bridgeman earlier this year.

Bridgeman Gallery now boasts screenprints, etchings, gouache paintings and cyanotypes, celebrating nature and the great outdoors, all signed by the artists and available to buy now. 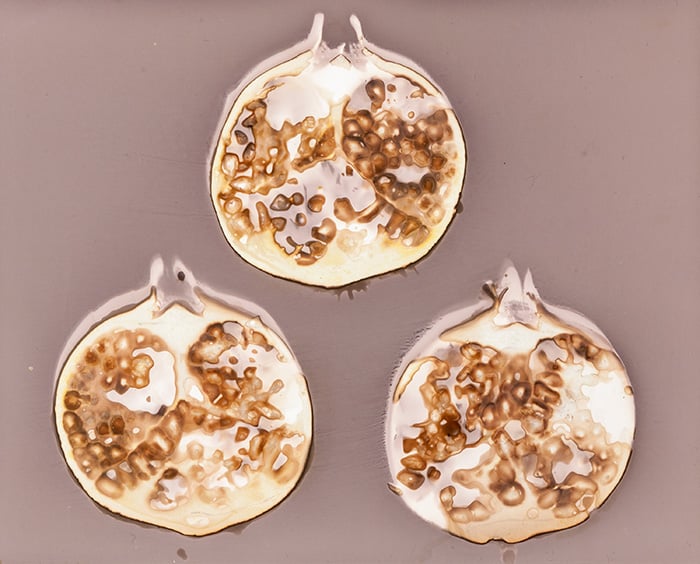 See more photograms and cyanotypes in the Bridgeman archive.

Approaching one of the most cherished holidays in the United States, Thanksgiving, the Bridgeman...
Read More

Take a Crack at our Easter #YolkFolk Competition – bridgeman blog

In the weeks leading up to Easter the marketing team at Bridgeman got creative with a Facebook...
Read More