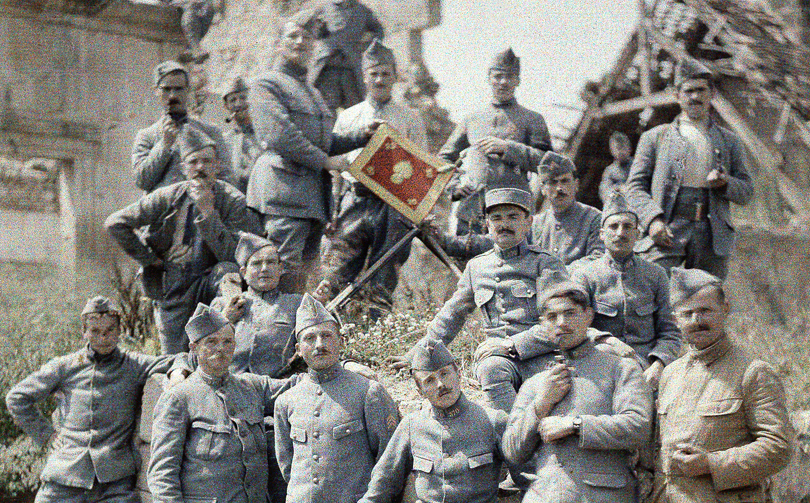 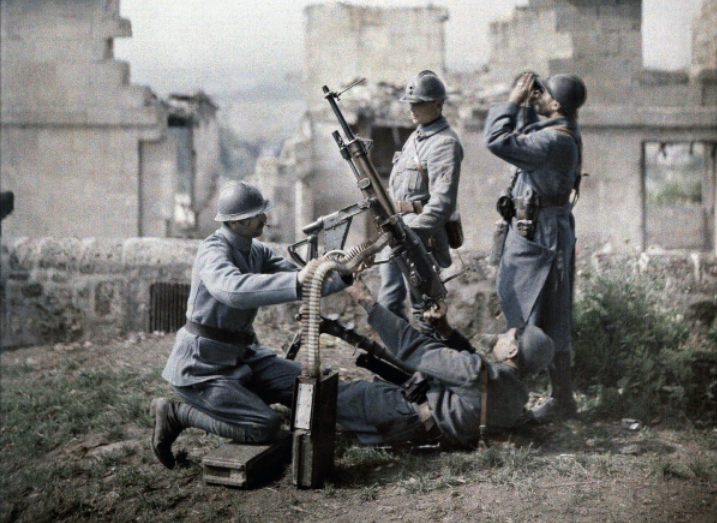 A French section of machine gunners has taken position in the ruins during the battle of the Aisne, France, 1917 (autochrome), Fernand Cuville (1887-1927)

Who would have thought there were original colour photos of World War One? The French army regularly used autochromes and Paget colour plates to document their experiences.Catch a rare glimpse of soldiers in the trenches, civilians, aircraft and destroyed buildings with images in the Bridgeman archive. 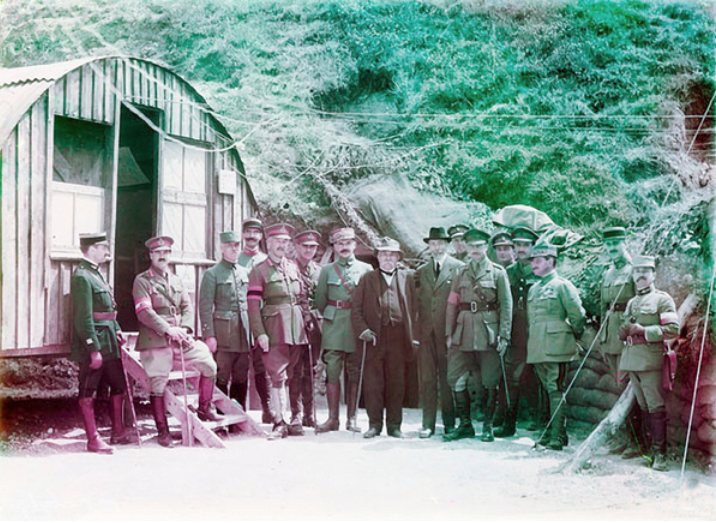 Well-known WWI photographers include Frank Hurley (1885-1962) and Fernand Cuville (1887–1927).Recording life in the French army, and the destruction of town and village life caused by German shelling, Cuville’s autochromes have an artistic quality that distances it from the horrific realities of war. 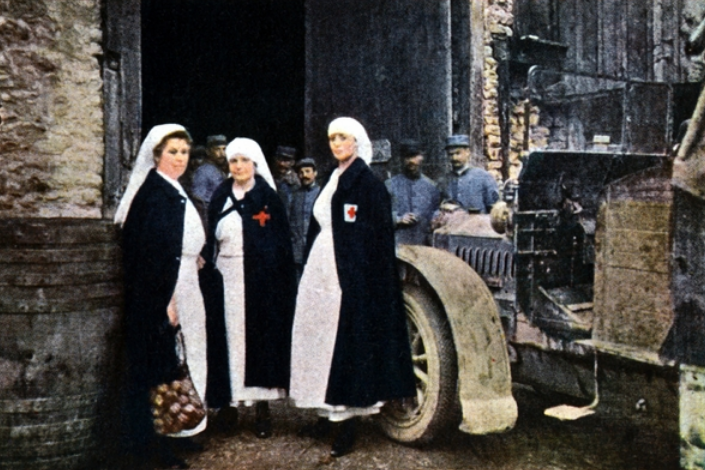 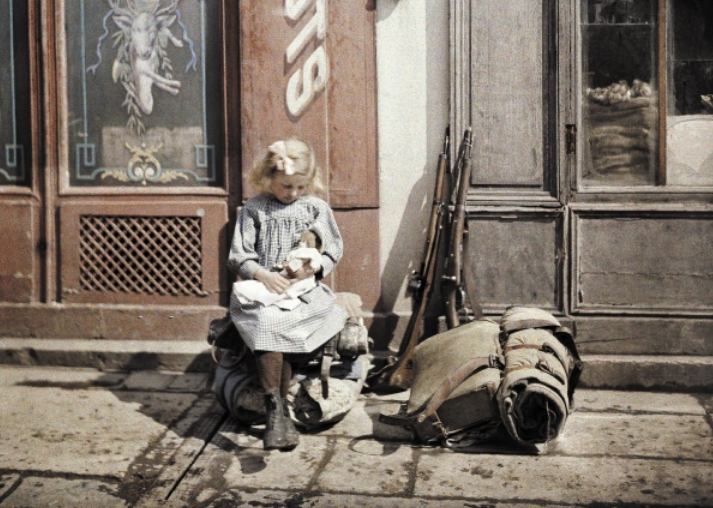 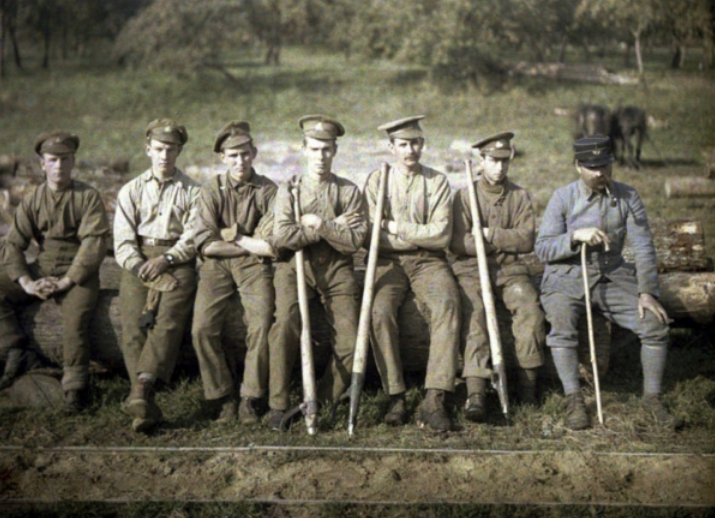 Canadian soldiers with a cant hook are sitting on the trunk of a tree for a sawmill, Quesmy, Oise, France, 1917 (autochrome), Cuville, Fernand (1887-1927) / © Galerie Bilderwelt 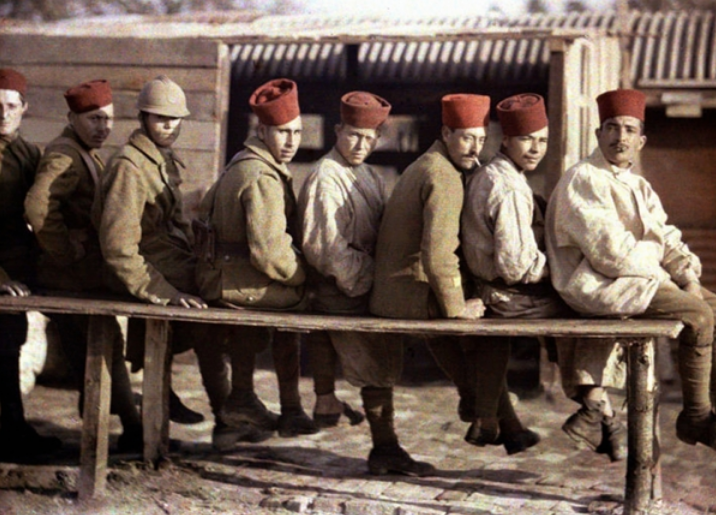 We all remember the days spent in our youth colouring in fun cartoon designs and that very real...
Read More

Did you notice 2017’s graphic design trend – the revival of the black background with...
Read More