Summer is coming to an end, but it is not too late to catch these summer exhibitions around the world. Get out of that scorching August sun and make time to adventure through your local museum.  From Chicago, Illinois to Parkes, Australia, here are the top end of Summer art exhibitions that we recommend at Bridgeman-represented venues.

John Ruskin in the Watercolour Gallery 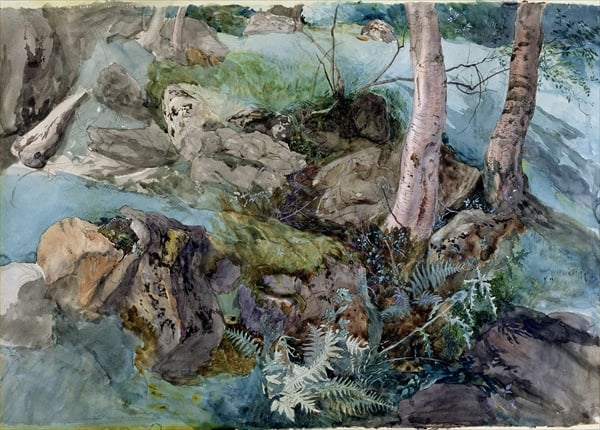 Abbot Hall Art Gallery has a significant collection of watercolors, mainly from the second half of the eighteenth and the first half of the nineteenth century. On display in the Abbott Hall’s Watercolour gallery are nine specially curated works on paper by John Ruskin (1819-1900), the renowned Victorian art critic, social reformer, philanthropist, poet and artist. There are over fifty works by Ruskin in the Abbot Hall Art Gallery collection and the new display comprises of a selection of some of the strongest among them.

The Art Institute of Chicago, Illinois 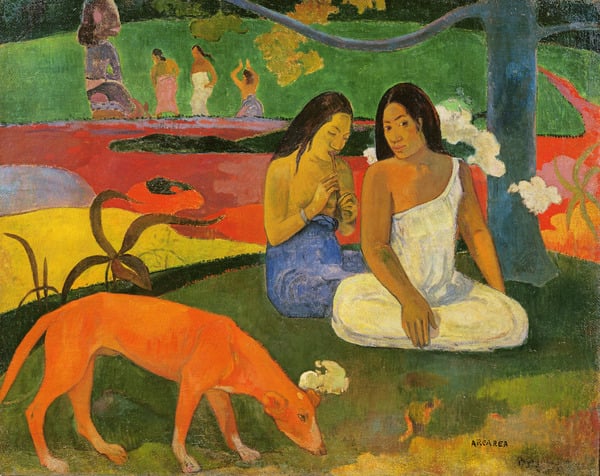 This exhibition takes an in-depth look at Post-Impressionist’s Paul Gauguin’s creative process and how he challenged cultural, geographic, and material boundaries. Gauguin not only worked as a painter, sculptor, ceramist, print-maker, and decorator but he also invented new processes in many of these areas. Sometimes he was responding to the physical or financial limitations of a place and at others it was his desire to do what no one had done before. Referred to primarily as a painter, this exhibition shows that this simple label does not sufficiently describe the true creative force behind this post-impressionist’s practice. 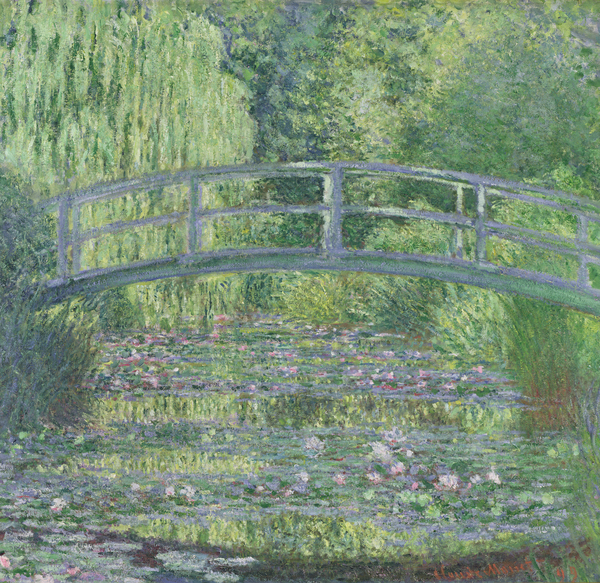 One of the most recognizable motifs of Impressionism – the Japanese bridge over the water lily pond in Monet’s garden at Giverny – is the subject of this spectacular painting on loan to The Barber Institute of Fine Arts this summer from the Art Institute of Chicago.

In 1890 Monet, a keen gardener, purchased the house at Giverny, renovating the grounds and building a spectacular lake with two Japanese-style bridges, which he promised would be ‘agreeable and for the pleasure of the eyes’. The lake, its lilies and bridges, would preoccupy him for much of the rest of his life – in the summers of 1899 and 1900, Monet worked on no fewer than 18 versions of this view. This canvas is one of Monet’s most luminescent masterpieces.

From Riches to Rags: American Photography in the Depression 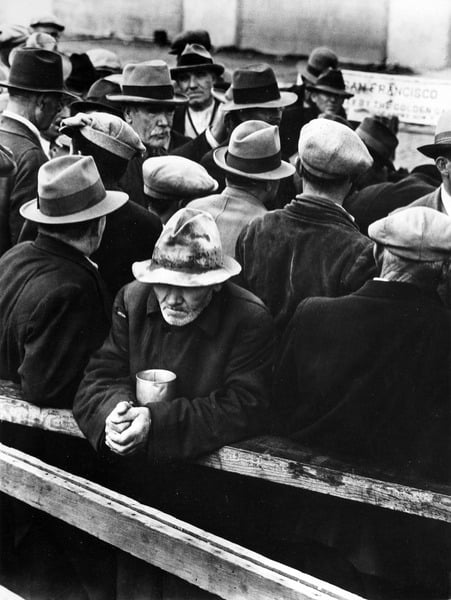 The Jazz Age gave way to the Great Depression on October 29, 1929, when the American stock market crashed. The following decade was marked by massive unemployment and deepened by a drought that created the Dust Bowl, transforming tens of thousands of farm families into migrants. Drawing from the museum’s superb holdings of early twentieth-century photography, From Riches to Rags examines photographers’ responses to the social upheaval and economic distress that characterized American life in the 1930s.

The documentary approach, which records what is before the camera, was uniquely suited to offering direct visual testimony of people’s lives. Socially concerned photographers such as Walker Evans, Dorothea Lange, and Arthur Rothstein were hired by both the federal government and magazines to capture images of the urban and rural poor in order to elicit support for aid programs. Not all 1930s portraits project such a dire outlook; people who were still working might dress up in their Sunday best to pose for the local portrait photographer, whether James Van Der Zee in Harlem or Mike Disfarmer in Heber Springs, Arkansas, hoping for a rosier record of their lives and times.

See intimate portraits of ordinary people during Germany’s interwar years, a period of economic and political upheaval. Portraying a Nation: Germany 1919–1933 presents the real faces of the Weimar Republic of Germany told through the eyes of painter Otto Dix and photographer August Sander. From the flourishing cabaret culture to intense poverty and civilian rebellions, both artists reflect on the radical extremes experienced in Germany during this time.

Featuring more than 300 paintings, drawings, prints and photographs, this exhibition shows Dix’s harsh realist depictions of German society and the brutality of war, alongside Sander’s best-known series, People of the Twentieth Century; an attempt to document the German people. Through painting and photography, these works depict a pivotal point in the country’s history, as democratic rule was introduced for the first time. 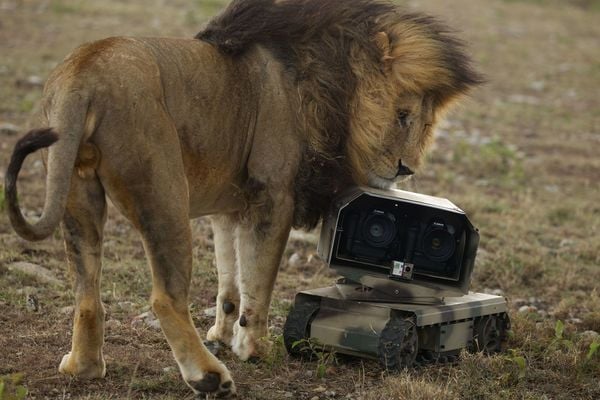 Explore the work of legendary photographer Michael “Nick” Nichols: artist, technical innovator and ardent advocate for preserving natural habitats. Be transported through the split-second magic of images captured in some of the most remote areas of the world. Nichols’s stunning photographs offer intense confrontations with the power and fragility of the wild and a reflection of our own humanity.

For more than three decades, Nichols has ventured to the farthest reaches of the world to document nature’s wildest creatures and landscapes. As an award-winning photographer for National Geographic, he has recorded animals and habitats in locations as expansive as the Congo Basin, the Serengeti, and the American West with an unparalleled intensity.

Artist Frank Stella and master printer Kenneth Tyler played a significant role in the development of twentieth-century American printmaking. This exhibition showcases a selection of Stella’s adventurous and groundbreaking prints. Throughout his career, Stella has been a constant adventurer and high wire act, an ‘unstoppable risk-taker,’ Tyler described earlier this year. 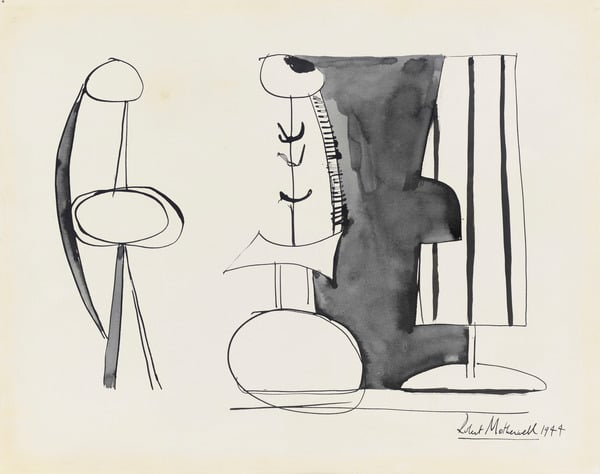 The six drawings displayed at the Israel Museum belong to a series of 565 “automatic drawings” created by American artist Robert Motherwell in the summer of 1965. The series was produced over the course of six weeks, during which Motherwell listened repeatedly to Alban Berg’s composition entitled “Lyric Suite.” Equipped with identical sheets of paper, a watercolor brush, and ink, he allowed the drawings to take form spontaneously and made no corrections as he worked. After being poured out onto the paper, the ink flowed of its own accord, sometimes guided by gentle touches of the brush and at others filling the sheet with one long brushstroke..

Contact us on nysales@bridgemanimages.com to find out more about licensing, copyright and how we can help you with your projects.

Tags: Art, What's On
Back to Blog

This Summer, you can experience all the seasons with exhibitions on Arctic expeditions and Van...
Read More

Looking for creative ways to spend your summer? Look no further. The sunny June weather isn’t the...
Read More

Summer has arrived and with it comes the sunny month of July! As in one of the adventures of...
Read More