From the moment of her accession in February 1952, Queen Elizabeth II has been subjected to relentless visual scrutiny and has been one of the most depicted women in the world. Take a look at a selection of painted portraits of Her Majesty through the ages, from the 50s to the present day and discover how the artists have managed to capture her character and importance.

During her first decade on the throne, press and studio photographers and painters emphasised Elizabeth’s youth, elegance and glamour. 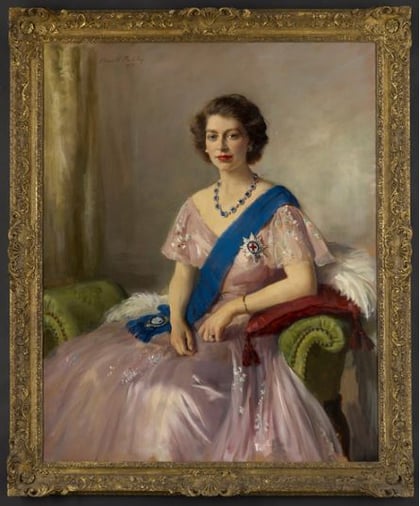 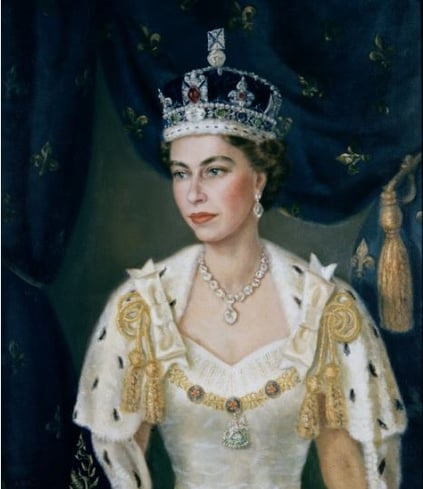 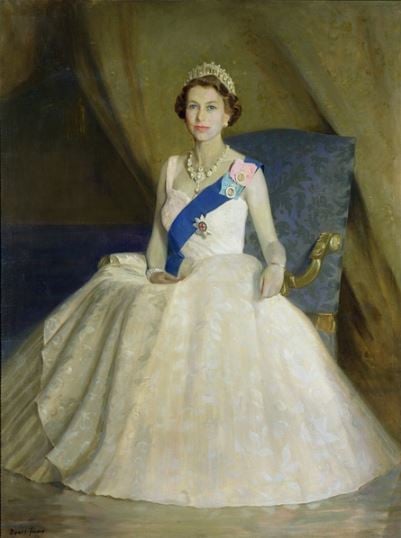 During this era images of the Queen became increasingly informal and relaxed. However, the first public appearances of Lady Diana Spencer at the start of the 80s consequently made the press more intrusive and more probing into the public image of royalty. 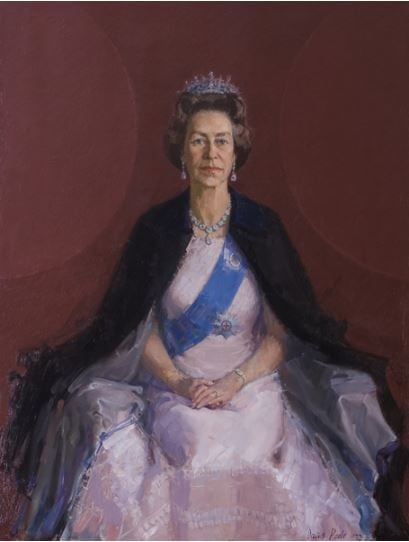 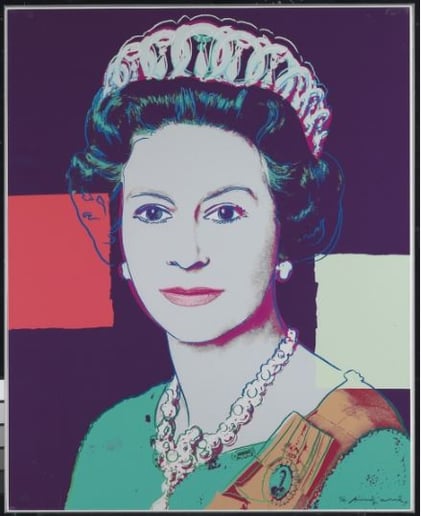 The depictions of the Queen grew more diverse in the 1990s and suggest the struggle for identity that confronted the royal family. The impression of disintegration culminated in Princess Diana’s tragic death in 1997 which provoked fresh speculation about the state and future of the monarchy.

The paintings and photographs produced during this time convey a startling spectrum of implications, ranging from Christian Furr’s poised image of the Queen to Justin Mortimer’s fragmented portrait. 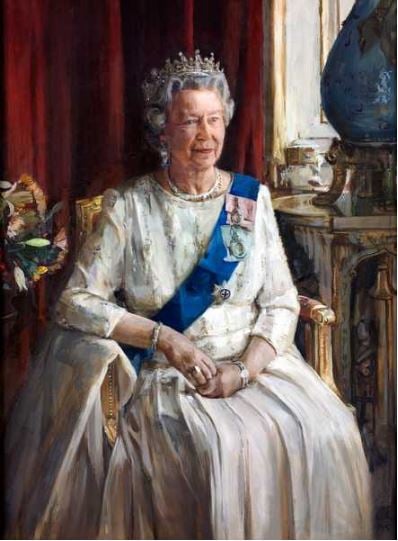 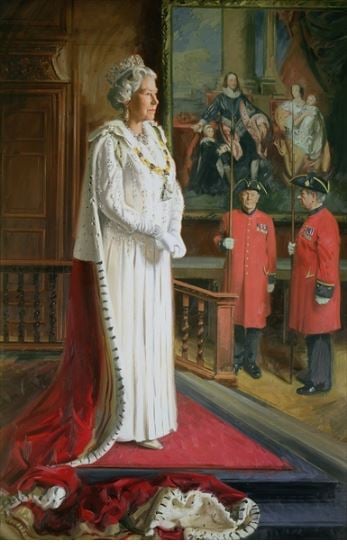 At the beginning of the twenty-first century a changed world gave rise to the question: what does the Queen now represent?

Lucian Freud’s portrait, which was deemed controversial, presents a characteristically unflinching view of his sitter. Unlike major artists before him, Freud was not commissioned to paint the portrait of his monarch: he had to ask. Nevertheless the Queen agreed and over a 19-month period, Britain’s monarch sat for Britain’s painter. His depiction has received mixed criticism – some finding it refreshingly ‘honest’ while others regard it as ‘unflattering’.

Though the many responses to the Queen’s image differ, a single impression emerges: that of an enduring presence while those around her continue to confront an uncertain future. What’s on the cards?

Get in touch at uksales@bridgemanimages.com for information on licensing and copyright

On 4th June 2016, the nation will be celebrating the Queen’s birthday with the annual Trooping...
Read More

9 September 2015 marked a historic landmark for the nation, as Queen Elizabeth became the longest...
Read More

Portrait of a modern monarch: Queen Victoria and the rise of photography – bridgeman blog