Pantone has welcomed in 2023 by inviting us into the ‘Magentaverse’, a powerful and vibrant colour of the year. The shade of red is inspired by nature, it also promotes celebration and joy.

Pantone hoped for their new Colour of the Year to encourage self-expression, experimentation and a rebellious spirit. The strong shade is inspired by cochineal, a natural and precious red dye. Leatrice Eiseman, Executive Director of the Pantone Colour Institute, suggested that, ‘In this age of technology, we look to draw inspiration from nature and what is real… Rooted in the primordial, PANTONE 18-1750 Viva Magenta reconnects us to original matter.’

To celebrate the announcement of their new colour of the year, Pantone have collaborated with several companies including Spoonflower and Motorola, whilst also creating an official Colour of the Year Sneaker. The additional colours in the Magentaverse include Pale Dogwood and Plein Air, among several other shades. To celebrate the Pantone Colour of the Year 2023, here is a selection of our favourite images from the Bridgeman Images collection which feature Viva Magenta:

Audrey Hepburn poses against a magenta backdrop in a poster for the 1957 American musical Funny Face. The dazzling romantic comedy film was directed by Stanley Donen, featuring renowned dancer Fred Astaire. This film captures the joy and excitement which underpins Pantone’s Viva Magenta.

Andy Warhol’s whimsical 1985 Lithograph, ‘Please Do Not Lick This Page!’ features a vibrant packet of Lifesavers. During the Pop Art movement, Warhol reproduced logos and advertisements, forming a commentary on capitalism. This colourful print merges several eye-catching shades of magenta. 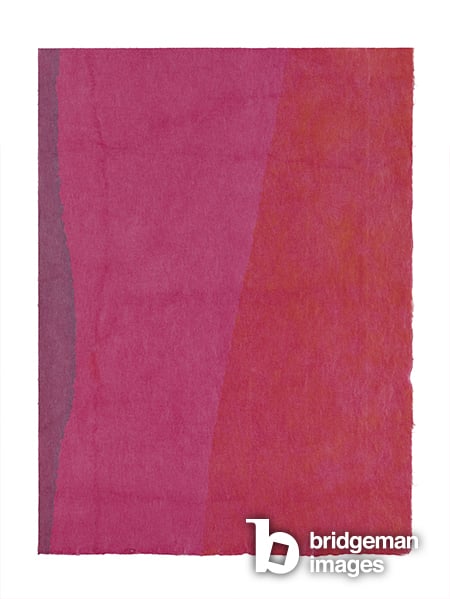 American sculptor Anne Truitt fuses a selection of magenta shades together in this 1965 rice-paper ink drawing. Truitt was inspired by Abstract Expressionism, reflected here in this colourful piece.

A similar work featuring magenta is Charlotte Johnstone’s ‘Purple Moon’ (oil and glaze on gesso board, 1997). This piece emphasises the more purple tones within the magenta family. Johnstone aims to investigate the blurring between abstraction and figurative art through her bold use of colour.

Anne Storno’s ‘The Secret Woman’ (2017) draws inspiration from surrealism and collage. Storno enjoys removing images from their original narrative context, reconfiguring them into new settings. This work aligns with Pantone’s interpretation of Viva Magenta and its associations with rebellious experimentation. 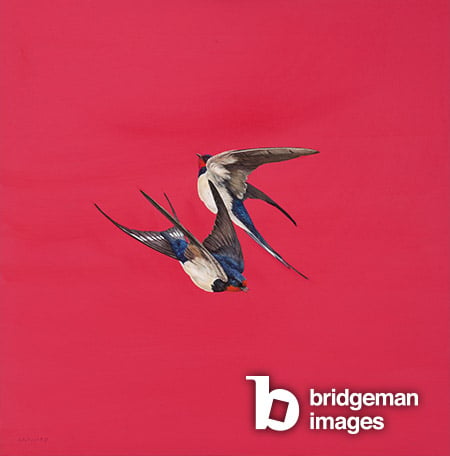 Some other vibrant pieces from the Bridgeman Images catalogue combine animal imagery with many variations of magenta, perhaps hinting at the roots of this colour in the natural world.  Tim Hayward’s ‘Swirl Red’ (watercolour and guache) elegantly depicts two swallows. This work resonates with Pantone’s emphasis on connection to original matter. 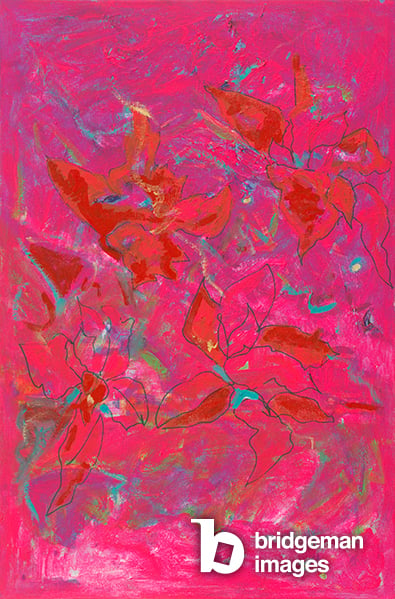 Alternatively, Marina Klett explores the natural connotations of magenta with a floral arrangement in her mixed media ‘Advent Flowers’ (2011). Angie Kenber similarly uses natural imagery in her painting ‘Living Among Trees VII’ (2017). The incorporation of floral motifs within these works give these artists an opportunity for expression and experimentation. 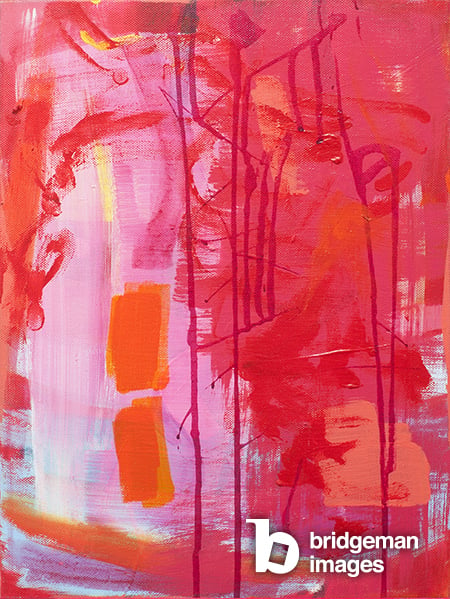 Through this variety of works, Viva Magenta offers an array of opportunities for artists. This bold colour has many interesting associations, ranging from the artificial to the natural. 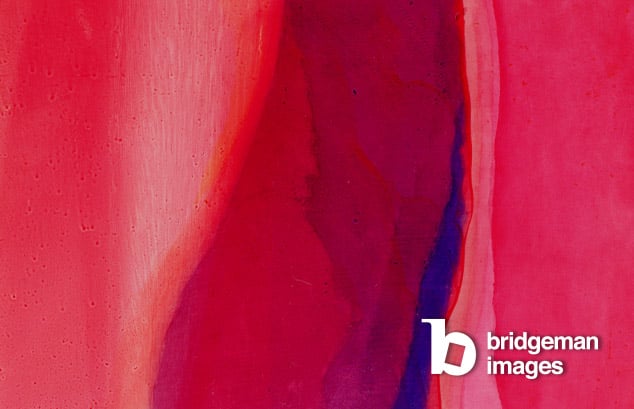 Armistice Day 2018: 100 Years since the end of the First World War – bridgeman blog