Oh, Carol: 10 life lessons we can learn from the movie

A love story between a shop girl (Rooney Mara) and a older married woman (Cate Blanchett), Carol is one of the most beautiful movies you will see in the cinema in this or any year.

The stunning 1950s costumes and interiors are as much a part of the drama of the film as the plot itself. Inspired by the movie and using images from the Bridgeman archive, here are 10 life lessons we can learn from this stylish film. 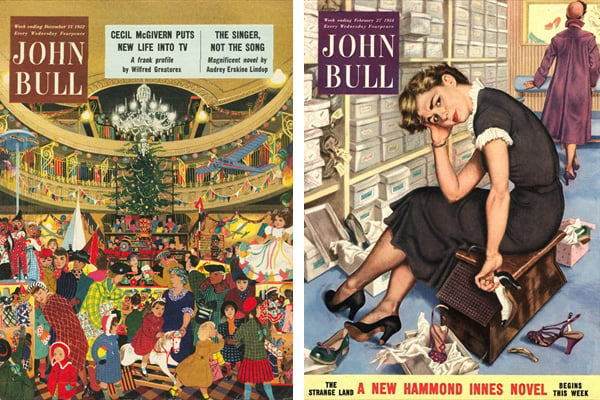 We will never be as chic as Cate Blanchett’s Carol as she purchases a train set at a Manhattan department store and has it delivered to her New Jersey home. Sorting out your Christmas shopping on the internet may be more convenient if you can do it sitting on your sofa in your pyjamas, but there is something terribly glamorous about buying a gift on account and receiving a handwritten receipt, especially if it’s written out by Therese, the store employee played by Rooney Mara.

For all the cries of “peace and goodwill to all men” the holiday season can be a stressful time of year, especially if, like Carol, you’re going through a messy divorce. Sometimes you need to escape your family and go on a roadtrip across the country staying in a succession of motels – just don’t forget to bring your high-end matching suitcases!

3. Let your fingers do the talking

Being able to sing or play a musical instrument means you can always make your own entertainment and you can always make a little extra cash to pay off those Christmas bills. Therese’s skills as a pianist are also be extremely useful as an aphrodisiac, so if you’re single this holiday season and looking for love, it’s time to start practising your those scales! 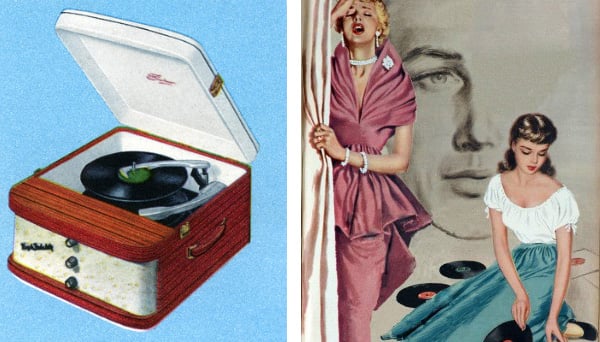 I am all for the convenience of mp3s but sometimes nothing compares to the sound of a stylus making contact with a record. Therese shows off her impeccable taste in music when she surprises Carol with a vinyl copy of Billie Holiday’s “Easy Living”: the scene wouldn’t be anywhere near as effective if she presented her with a voucher for iTunes.

5. Look to the stars 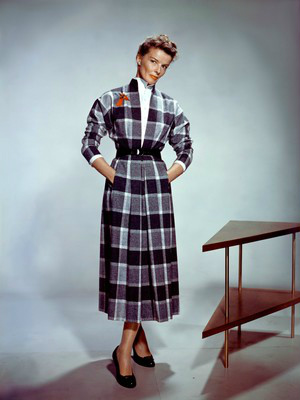 Do you wish you could ditch your drab wardrobe and dress with style? Do what Carol and Therese seem to have done: choose you favourite actor or actress from the golden age of Hollywood and, next time you’re shopping from clothes, ask yourself: “Would so-and-so wear this?” If the answer’s no, put it back on the rack. Cate Blanchett’s Carol serves Katharine Hepburn realness throughout the movie whilst Therese has obviously been struck by the beatnik style of another Hepburn, Audrey, in “Funny Face”. 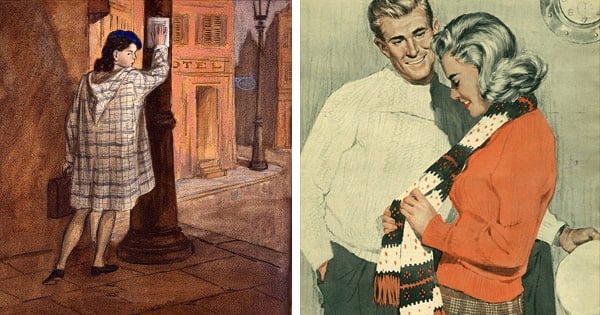 The movie is set during a New York winter, and Therese’s apartment doesn’t look that well insulated, so it make sense she spends most of the film wearing a succession of beautifully knitted tops and scarves, as well as a particularly colourful beret. Ignore the people chastising you for wearing your Christmas jumper and embrace bright, colourful and warm knitwear. 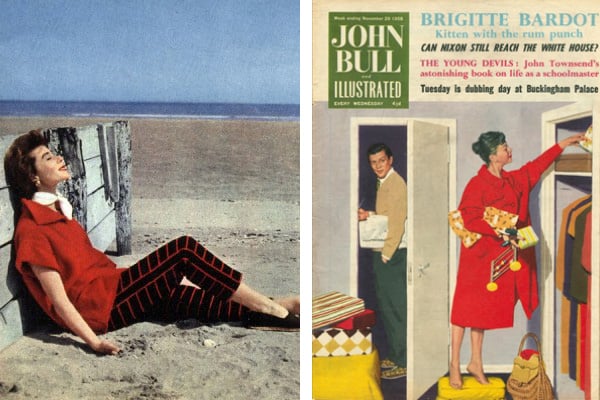 I am currently on the hunt for a good bright-red winter coat so was envious Carol as she cuts a scarlet swathe through New York in a luxurious shawl-collared trapeze coat in red. Red features heavily throughout the film, from the Santa hat Therese wears at the start of the film to Carol’s lips at the very end. Even in a sea of Santa suits, you’ll always stand out from the crowd in red, and it’s a forgiving colour if you spill mulled wine down your front at the office Christmas party.

8. Maybe don’t copy everything in the film 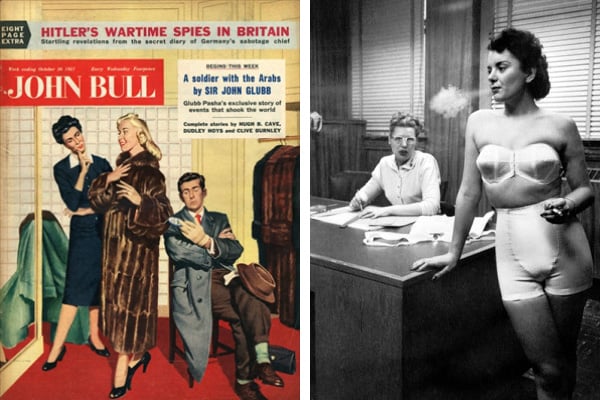 9. A mother’s love conquers all 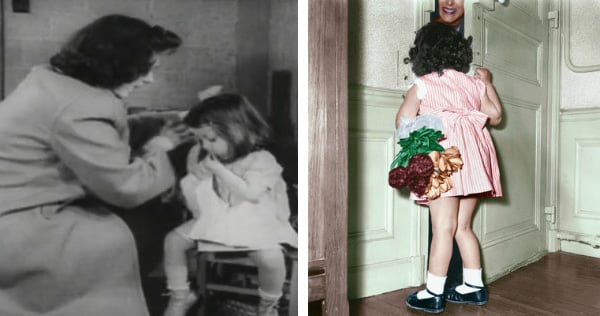 Carol’s devotion to her daughter is obvious from the very first time you see them together, even if the poor child is saddled with an unusual first name (do you know anyone called “Rindy”?). The age gap between Carol and Therese does give their relationship a slight mother-daughter edge, but when divorce negotiations reach an ugly impasse, it’s Carol’s love of her own child that leads to resolution.

10. Happy endings are possible for everyone 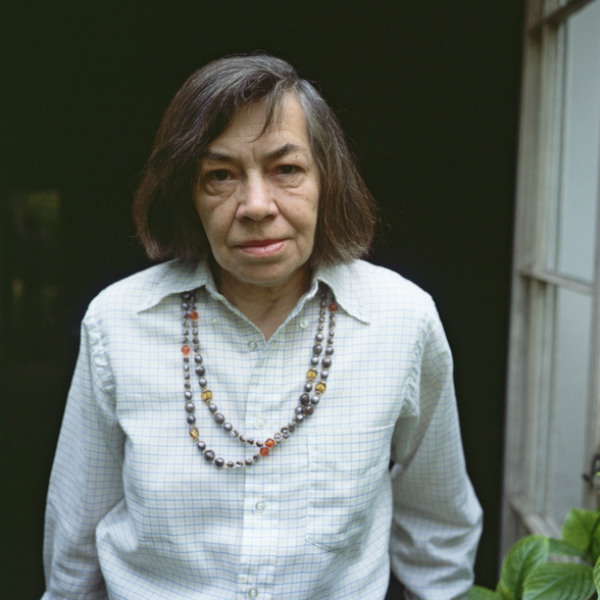 Warning: mild spoilers ahead
Patricia Highsmith first published the novel on which Carol is based under a pseudonym. Although the novel’s lesbian plot line would have raised eyebrows in 1952, it is the ending that would have made it controversial, as it hints towards a happy ending for Carol and Therese. Carol joins “Strangers on a Train”, “Plein soleil” and “The Talented Mr. Ripley” as excellent movies based on Highsmith novels. We can only wonder what Highsmith, who died in 1995, would have made of the latest adaptation of one of her works, but, given the rapturous critical reception the film has received, I hope she would have been pleased.

All images featured in this blog post are from the Bridgeman archive.

John Bull Magazine was published in the UK from the late 1940s until the early 1960s.  Similar in style to the iconic American magazine The Saturday Evening Post, some of Britain’s finest illustrators were commissioned to encapsulate the middle class lives of the post-war era, including romantic encounters with couples resembling glamorous Hitchcock movie stars. These images are available for licensing from the Bridgeman archive and many have no extra copyright restrictions.

Contact uksales@bridgemanimages.com for information regarding licensing, reproduction and copyright.

From the Front line: how soldiers lived in the trenches of World War I – bridgeman blog

When thinking about World War I, the image of soldiers in trenches immediately comes to mind....
Read More