Inventions that changed the world

For most of us, it is almost impossible to remember a time before telephones, computers, cars, and countless other inventions we use in our day-to-day lives. Brilliant minds from all over the world took a leap of faith on ideas that seemed like a futuristic fantasy. Little did they know, their accomplishments would be recognized for decades and would forever change the way we communicate, entertain, calculate, and travel.

Alexander Graham Bell is synonymous with the telephone. Bell’s research began with the mission to send multiple telegraph messages simultaneously over one wire.

Bell worked on telegraph technology but was really motivated by trying to find a way to send harmonic telegraphs, telegraphs with an audio component. On February 14, 1876, Bell filed the patent for this audio transmission technology, which was a patent that changed history. The Bell Telephone Company was born in 1877 and would last over 100 years. Bell’s interest in telephone technology would last for another 10 years before he would move his focus to audio recording and playback.

The origins of radio technology and its original inverter are hazy, but the man credited with proving the capabilities of radio was Guglielmo Marconi. In 1896 England, he filed the first wireless telegraphy patent and in 1901 he transmitted the first signals across the Atlantic Ocean. Radio technology was mainly used to communicate with ships at sea but it was unreliable and the messages were often unclear. It was not until World War I radio was really utilised as a form of real-time communication with troops. Post-World War I saw the “Golden Age of Radio” with radio becoming an important form of entertainment with variety shows, game shows, music, and radio dramas.

World War II brought another spike in radio interest, this time as a form of communication with the public. In both the United States and the United Kingdom it was used to share news and rally support for government war efforts. After the war, programming shifted from radio shows to music, ushering in decades of “Top-40” music. Radio would begin to lose its sparkle with the rise of televisions in the 1950s.

A large majority of our modern telecommunication can be attributed to the mind of Hedy Lamarr, the popular Austrian-American actress, who had a largely unknown career as an inventor. Lamarr came up with the technology that would become the foundation of WiFi, GPS, cell phones, and Bluetooth. An early patent she filed with composer, George Antheil during World War II was for guided torpedoes to evade detention and interference by Nazi forces by “hopping” radio frequencies.

The U.S. Navy rejected the technology, it was too ahead of its time, and Lamarr was urged to use her status as an actress to sell war bonds instead. The technology was implemented by the U.S. Navy during the 1950s and all the ships used during the Cuban Missile Crisis were equipped with this technology. Lamarr never earned money from the invention as the patent had expired. “Frequency hopping” is the basis for wireless communication today. Frequencies can run multiple signals, if the signal fails or runs into a problem on a frequency it can hop over to a different one.

Eadweard Muybridge began experimenting with the capabilities of photographic technology and what would become motion picture technology, in 1872. In the late 1860s, he invented one of the first camera shutters, which would be integral to his later work and photography. He set out to see if when a horse gallops, all four legs leave the ground simultaneously. His initial attempts were unsuccessful because the camera’s shutter speed was not fast enough to capture the fraction of a second moments needed to analyse the motion. A few years later he returned to the project, this time armed with a new system that consisted of 12 cameras set up to an electrical trigger. As the horse gallops in front of the cameras, the shutters would be tripped creating a set of sequential photographs.

In 1879, Muybridge invented the zoopraxiscope, which allowed him to project large quantities of images in rapid succession, animating them like a film. The zoopraxiscope would become the template cinema projection with the sequential images becoming the template for films. From 1884 to 1887 Muybridge continued to study motion in humans and animals and took over 100,000 photographs of various motions. Muybridge’s work was innovative and influenced the fields of photography, cinema, and science before the dawn of the 20th century. 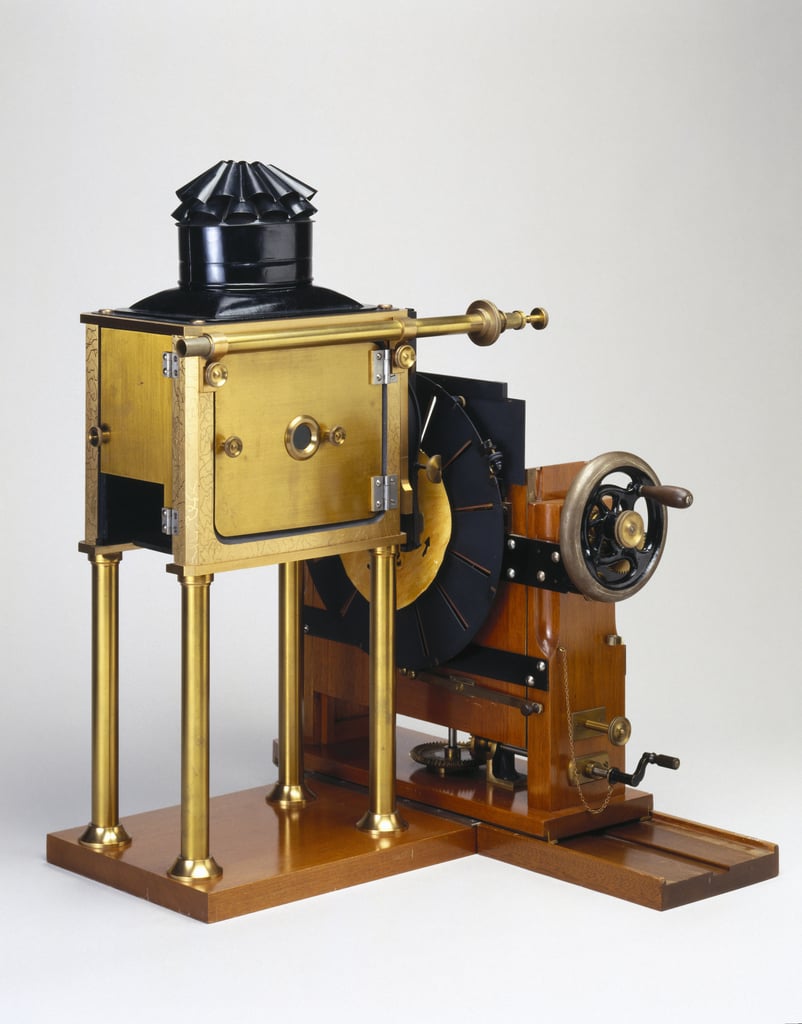 Thomas Edison is known for many inventions, one of which is phonograph technology. He invented the phonograph in 1877, much like Alexander Graham Bell with the telephone, he moved on to other areas of invention and left much to be desired from the phonograph. In 1985, Bell picked up where Edison left off and worked with his cousin Chichester A. Bell and inventor Charles Sumner Tainter to improve the phonograph.

They enhanced the tin foil-covered cardboard cylinder by adding a layer of wax to capture the sound waves. They called their improvements the graphophone and filed the patent for it in 1886. The following year Emile Berliner filed a pattern for the gramophone which would become the template for the modern record player. Instead of playing the sound from cylinders, the sound was on flat discs. To this day people are still collecting those flat discs with grooves of music, records capture sound in a raw, uncompressed way that digital audio could never compare to.

The 1940s introduced the world to computer technology thanks to John Atanasoff and his student Clifford E. Berry. Atanasoff and Berry invented the ABC, Atanasoff-Berry Computer, the world's first electronic digital computer. The ABC was intended to be a digital computing machine to replace the analogue computing machines that were slow and unpredictably inaccurate. Atanasoff’s computer could process 29 equations simultaneously and had the ability to store information in its memory. 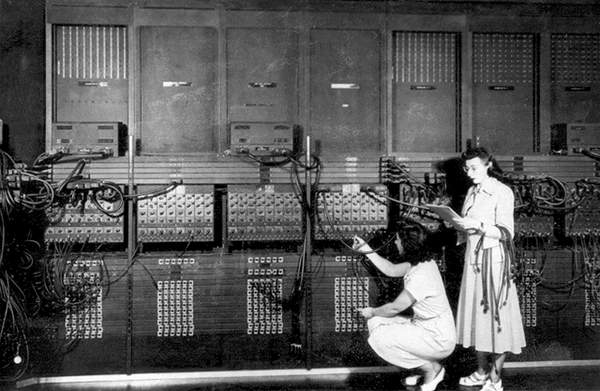 For the next three decades, computers would evolve but would remain large computing and data storage devices that only appealed to a commercial market. It was not until the early 1970s that the first wave of personal computers hit the market but they were far from common at that time. It would take another 10 years for the first website dot-com domain name to be registered. From the 1980s up to today, computers continue to become smaller and more portable, the user accessibility, storage capabilities, and graphics quality would improve, and word processing programmes, computer games, search engines would roll out and evolve to the programs we know and love. 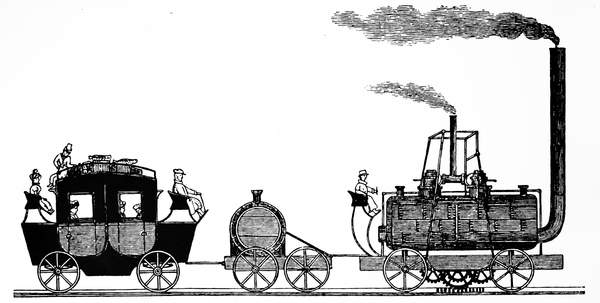 In the last 200 years trains have taken on many recognisable forms such as trams, subways, freight trains, and long-distance commuter transportation; they all evolved out of the steam engine locomotive. English inventor Matthew Murray was the first to create a fully functioning steam-powered locomotive in 1812, the Salamanca.

But the title of "Father of Railways" goes to fellow Englishman, George Stephenson. In the early 1800s, Stephenson created the locomotive design that future locomotives would use as a template. In the 1820s Stephenson created Locomotion No. 1 which was the first steam locomotive to pull a passenger-carrying train and the first to run on a public railway. The train moved at around 15 mph, which was considered fast. In 1829 he would create the “Rocket” which would be the fastest train built at the point, topping out at 30 mph. Trains would quickly evolve from the 1830s and on with more tracks being built across the United States in the 1850s, the beginning of the underground railway system in London in the 1860s.

George Westinghouse invented the first automatic air brake in 1872, the automatic air brake would be a standard on all future trains. By the end of the 19th century and the beginning of the 20th century trains were shifting over to electrical and diesel engines. Since the 1960s trains have been gaining speed with the introduction of high-speed bullet trains. The fastest train in the world is China’s Maglev prototype which can reach speeds of 385 mph, a far cry from George Stephenson’s impressive 15 mph train. 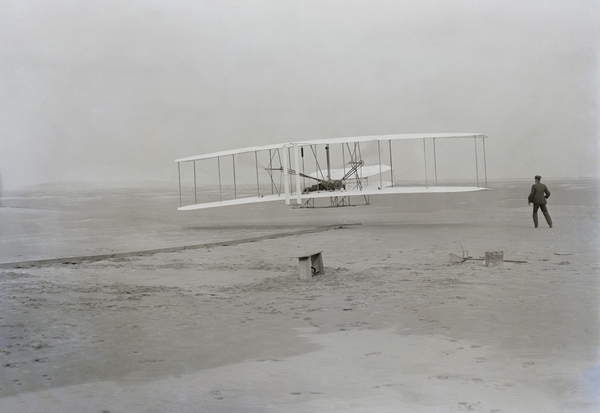 Wilbur Wright runs alongside as Orville pilots the aircraft just as it lifts from the wooden track at Kitty Hawk beach. It was the first powered controlled flight in a heavier-than-air airplane. December 17 1903 LC-DIG-ppprs-00626 / Everett Collection / Bridgeman Images

Since the early days of mankind, flight has always been a dream. Wilbur Wright and his brother Orville Wright addressed a group of engineers in 1901 to talk about the three main issues that they needed to resolve in order to fly. Those issues being the construction of the wings, the power to propel a plane into the air, and the balance and steering once in flight. It took the Wright brothers another two years to get their plane off the ground and carry on a substantial flight steered by a pilot. In a short period of time, planes were able to achieve journeys that most had only dreamed of a decade earlier. 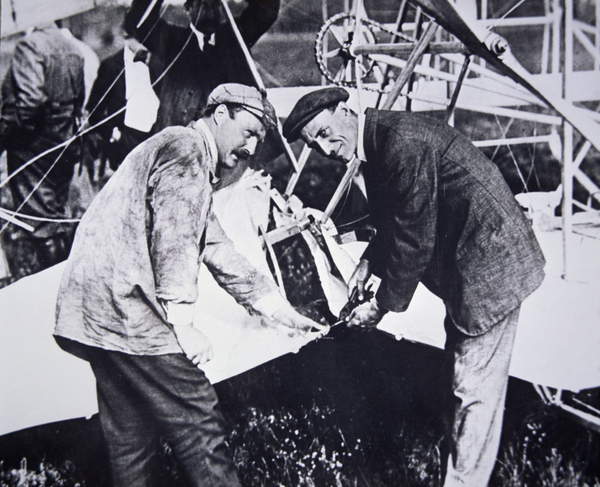 In 1919, former British Royal Air Force pilots John Alcock and Arthur Brown made a 6 hours 28 minutes flight from Newfoundland to Ireland, earning their place in history as the first nonstop flight to cross the Atlantic Ocean. It took another 30 years for commercial flight to become a reality. In 1949 British aviation manufacturer, de Havilland Aircraft Company Limited, produced the first commercial jet airliner prototype, de Havilland DH.106 Comet. The design included turbojet engines and a pressurised cabin, which are a standard for planes today. In this modern age, there are over 45,000 flights daily around the world with over 2,900,000 passengers flying in and out of United States airports every day.

Cars are an integral form of transportation all across the world with a history that dates back over 150 years and has revolutionised the way people live and work. Gottlieb Daimler, Nikolaus Otto, and Wilhelm Maybach, three German engineers, invented the four-stroke internal-combustion engine in the late 1800s.

The internal-combustion engine served as an alternative power source to steam because it ran off gas. The makeup of these engines was advanced for their time and was the basis for future engines. In 1885, Karl Benz invented the first automobile to run off of the internal-combustion engine. In the 1890s Émile Levassor obtained the licence to Daimler’s engine patents and created the first truly stylised automobile - as opposed to previous iterations that were modified carriage designs. 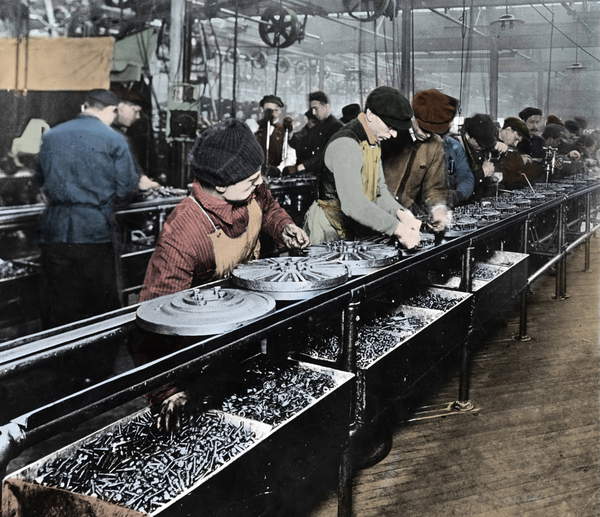 Creating Something from Nothing: Our Favorite Inventors – bridgeman blog

It takes a one-of-a-kind mind to be able to take an idea and make it a reality. Below, we’ve put...
Read More