Explore the artist’s influences and distinctive styles ahead of the landmark 100 year anniversary of Klimt’s death on the 6th of February 2018.

Klimt was born in Baumgarten, near Vienna in Austria-Hungary and was the second of seven children. He came from an artistic family; his mother wanted to be a musical performer and his father was a gold engraver. Subsequently Klimt and his two brothers displayed artistic talent from an early age. 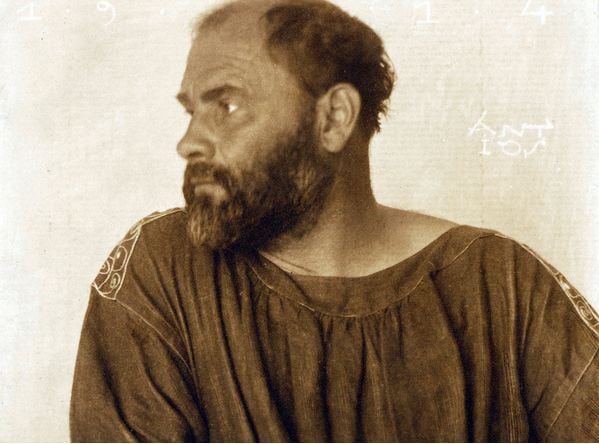 Klimt lived in poverty while studying architectural painting at the Vienna School of Arts and Crafts in the 1880s. He began his professional career painting interior murals and ceilings in large public buildings on the Ringstraße, including an acclaimed series of Allegories and Emblems.

An inspiringly modest man, Klimt’s personality couldn’t be more different in character than the vibrancy and sexual subject matter of his paintings. He never painted a self-portrait and was known to dress modestly in a long plain robe and sandals with no undergarments, working tirelessly on his time-consuming pieces and tending to his family. He was also self-deprecating, stating ‘I have the gift of neither the spoken nor written word, especially if I have to say something about myself or my work. Whoever wants to know something about me – as an artist, the only notable thing – ought to look carefully at my pictures and try and see in them what I am and what I want to do.’ 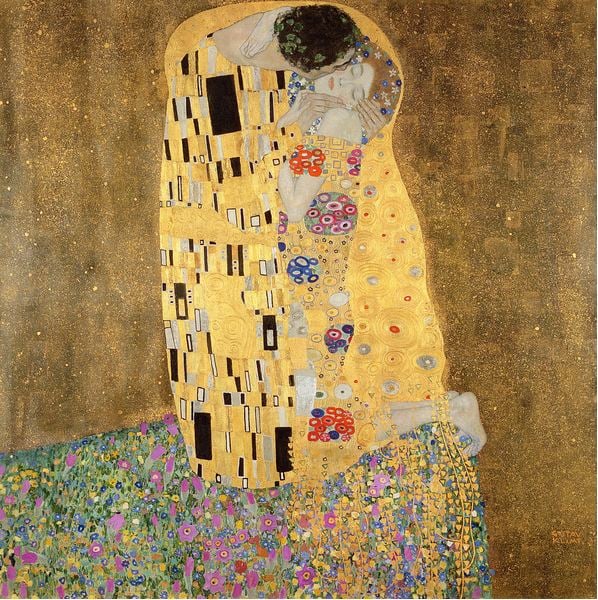 Gustav Klimt is perhaps best known for his successful Golden phase, in which he incorporated gold leaf into his paintings. It is the period when he created his most famous work, The Kiss (1909). This phase was undoubtedly inspired by his father, the engraver, as well as the golden aspects of Byzantine art located in Venice and Ravenna. His infatuation for all things gilded is one of the reasons that his works stand out so much compared to his contemporaries of the time. Who can resist a painting infused with shimmering swirls of gold, amidst bright blocks of shapes and colour?

Klimt championed femininity and the female form; with the exception of his early works he painted women exclusively.

“Klimt was a serial seducer in a society that at the beginning of the 20th century was wrestling with its sexual impulses – and for the most part giving in to them.” 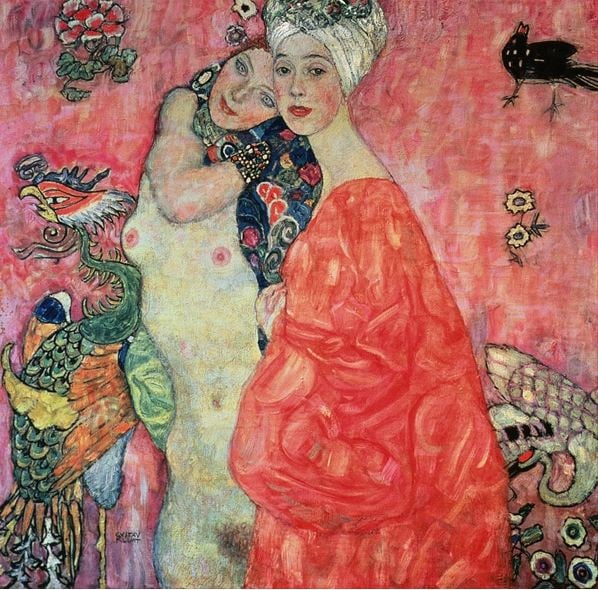 The artist was very active sexually and although he kept his affairs discreet and avoided personal scandal, his works are marked by a frank eroticism. He was the subject of controversy and criticism when, in 1884, he was commissioned to design three paintings to decorate the ceiling of the Great Hall of the University of Vienna. Philosophy, Medicine and Jurisprudence were regarded as decidedly pornographic and disturbed viewers with their sexual interpretation of traditional allegories. The resulting public outcry meant that this would be the last public commission that the artist accepted, while he continued his strong focus on depicting females. More than twenty years later his attempt to bring sexuality to the public sphere was once again rejected and he was forced to take down a painting of a naked pregnant woman. Viennese artist Egon Schiele, who also painted explicit images on the subject of human sexuality, looked to Klimt as a guiding mentor for the majority of his artistic career. 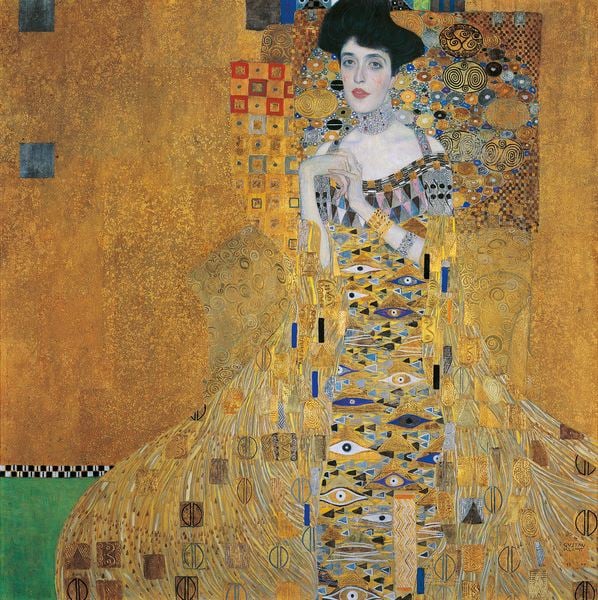 In 2015 Helen Mirren starred alongside Ryan Reynolds in the film The Woman in Gold, which revolves around the true story of a Jewish refugee who embarked on a mission to reclaim the painting of her aunt (the Portrait of Adele Bloch-Bauer).

The artist’s works seem strongly influenced by Japonism, even though Klimt never actually set foot in Japan himself. His seminal drawing Fish Blood or The Blood of Fish shows how deeply he was influenced by Japanese art; the linear mode of representation and contrast of dark blocks against empty space echoes Japanese woodcuts. The imagery of the graphic design also embodies Klimt’s metaphysical view of life as an endless floating form. The long hair of the ethereal figures becomes one with the water and the flow of the composition suggests it has no end.

Many of Klimt’s works have this dreamy quality and are often characterised with a soft focus that stems from Symbolism. The details are usually both captivating and vague – enhancing the imaginative power of the viewer.

2012 saw the 150th anniversary of Klimt’s birthday and it certainly wasn’t forgotten! In addition to the permanent exhibitions on display, Vienna celebrated with special exhibitions throughout the city and guided tours allowed people to explore some of the buildings where he worked. The Austrian Mint also began a five-coin gold series to coincide with the anniversary, featuring a portrait of Klimt on one side and a portion of his painting of Adele Bloch-Bauer on the other.

At auction, Klimt’s works always fetch astonishing sums and some are ranked among the most expensive in the world. It is estimated that Adele Bloch-Bauer I changed hands for more than $135 million.

In the upcoming months there are sure to be numerous exhibitions and cultural events to further commemorate this veritable treasure of art history.

See all images by Gustav Klimt in the archive. Get in touch if you need any help with licensing queries or research.

Tags: Art, What's On
Back to Blog

‘All beautiful and noble qualities have been united in me’, claimed Egon Schiele, the centenary...
Read More

Celebrate and commemorate some of the greatest artists in history with our list of the top art...
Read More