No matter where you go, stories of the Brothers Grimm seem to be everywhere, be it the latest Disney film hitting the cinemas, TV series based on their fairy tales or newly reissued print editions. But do you actually know the original stories? The ones where Cinderella’s stepsisters slice off their own toes and Snow White’s mother wanted to eat her daughter’s lungs and liver?

I came home from work one day and there it was, an unopened present. Being rather excited I tore off the wrapping paper and a book emerged from under layers of shiny, sparkly paper. But it wasn’t just any book. It was the first edition of the Brothers Grimm fairy tales – completely unabridged.

My obsession with fairy tales goes a long way back. I grew up listening to and reading “Children’s and Household Tales” published by Jacob and Wilhelm Grimm. An original, unabridged version however was never in my possession. 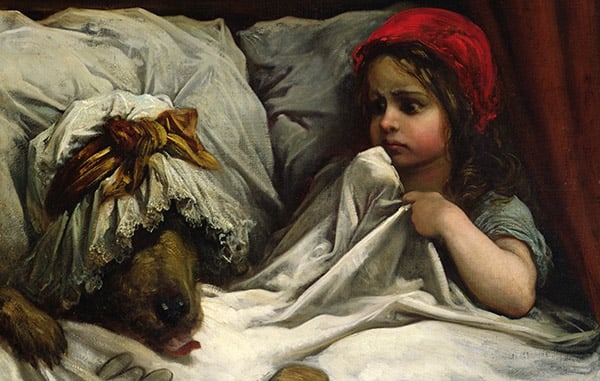 To suit a more family-oriented audience, the Brothers Grimm edited their fairy tales after publishing them twice. They took out sexual references, made them more child-friendly, added references of Christianity and even took out some stories completely. This early 19th century censorship sheds light on the behaviour and values of society at that time.

Reading the original tales, it’s fascinating to find out that there were stories like “How Some Children Played at Slaughtering”, that Rapunzel was pregnant with twins after having a “merry time” with her prince, that Little Red Cap (or Little Red Riding Hood as she is known today) almost ended up as meal for two different wolves, Cinderella’s step sisters cut off their toes and heels to fit the famous slipper in order to become the prince’s bride and Snow White’s own biological mother, not her step mother, wanted to kill her and eat her lungs and liver. These are just examples from some of the more famous tales.

One thing is clear, the book is different. Maybe not something you’d like to read to a toddler or young child. It is, nevertheless, a document of past times, a record of folk tales passed down from generation to generation in oral history to be collected and written down by the Brothers Grimm.

Once Upon A Time: 10 life lessons from fairy tales – bridgeman blog

Once upon a time, I stopped watching Disney and started reading the original fairy tales, and my...
Read More

“Cinema is a matter of what’s in the frame and what’s out” — Martin Scorsese   Cinema can be both...
Read More