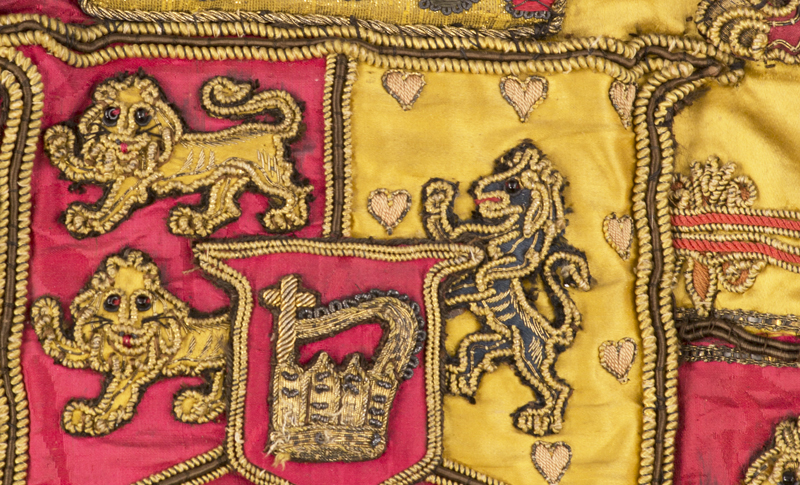 A delicate feather fan, a leather jerkin and a pair of golfing shoes may appear to have little in common but all are items of clothing in the Royal Ceremonial Dress Collection, cared for by Historic Royal Palaces.

This unique assembly of over 10,000 objects reveals the magnificent and complex world of dress worn at court and by members of the royal family. Intriguing, impressive and sometimes unexpected items in the collection offer an unparalleled insight into the story of the British monarchy, life at court and the ceremonial tradition of the United Kingdom over a period of almost 500 years.

Here are some of the highlights, available as high resolution images on the Bridgeman website.

Stunning, an incredibly rare survival and utterly absurd, this magnificent dress dates from 1760-65. Tightly-laced, uncomfortable and immensely heavy because of the silver in the weave, the wearer could do absolutely nothing in this frock except stand still, her rigid stays (similar to a corset) keeping her upright for hours in the monarch’s presence. Any physical activity more taxing than some light dancing was impossible. The mantua was originally an informal style of dress but by the mid-18th century, however, it was worn exclusively at court – and was still worn at court for 40 years after it ceased to be fashionable.

Gentlemen attending the 18th-century court would wear a suit comprising a coat, waistcoat and knee breeches, made out of the finest fashionable silks, often in vivid colours and covered with embroidery. Their shoe buckles and sword belts were often decorated with jewels and they carried a flat, unwearable version of a hat under their arm (men were expected to bare their head in front of the monarch so no hats were worn at court). 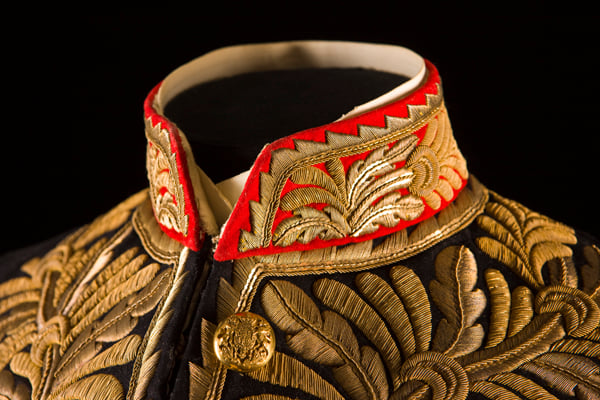 On his accession in 1820, King George IV relaxed court dress rules and promoted styles of uniform to replace the colourful court coats worn by 18th-century gentlemen. In the autumn of 1885, the 25-year-old Lord Boston went to Henry Poole & Sons on Savile Row and ordered this glorious gold-embroidered, full dress second-class uniform (there were five classes, depending on one’s status at court). It cost what was then the colossal sum of £115, but he wore it proudly for the rest of his life. As the new sixth Baron Boston, he had recently been offered the prestigious post of Lord-in-Waiting to Queen Victoria, so this extravagant buy must have seemed like a good investment. 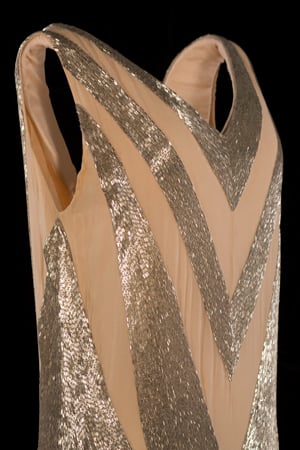 This exquisite creation was designed by Jeanne Lanvin for Helen Wardman, the socialite daughter of a US architect, who wore it to be presented at court around 1928. Court regulations issued in the 19th century still applied and Helen would have been required to wear a full train – regulations stated that this must extend 18 inches along the ground, no more – and an ostrich feather headdress when being presented to the monarch. The train and ostrich feather headdress remained distinctive components of court dress until as late as 1939. 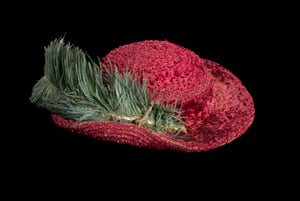 The earliest item in the collection is this very rare Tudor or early Stuart hat associated with King Henry VIII. For centuries it was passed down through the same family, who are descended from the Tudor courtier Nicholas Bristowe, King Henry’s Clerk of the Wardrobe. According to family tradition, the hat belonged to King Henry himself, and was caught and kept by Bristowe after the King flung it into the air.

Court dress regulations required women to wear ostrich feather plumes or carry feathers when being presented at court. This stunning blue ostrich feather fan was carried by Lady Winefride Fitzalan-Howard for her presentation at court in 1933. In the 18th century hand fans were used not only as cooling devices or fashion accessories, but also as a means of communicating – mainly love messages. 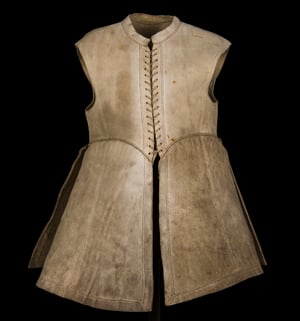 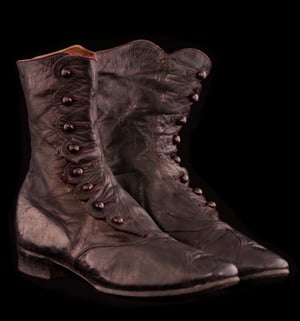 Another remarkable royal relic is this buff leather jerkin traditionally associated with King Charles I. It is believed to have been left behind by the King at Aldenham, the family home of the Royalist MP, Sir Edward Acton, after the Battle of Naseby in 1645.

As Princess of Wales in the 1880s, the future Queen Alexandra became something of a style icon with her bold and playful approach to fashion. These beautiful bespoke handmade boots of dark purple glacé kid leather would have been barely visible under her long skirts but remain a fashion statement in themselves.

Search and download contemporary and archive images of the palaces, including works of art, architectural drawings and the Royal Ceremonial Dress Collection.

As UK and US Fashion Weeks are on there way, we thought we would have a look at some of the key...
Read More

August/September is festival season, and while organisers have started to think about measures...
Read More

‘Fashion is part of the daily air and it changes all the time, with all the events. You can even...
Read More