When you are being immortalised in paint, to be looked upon by family and friends for generations to come, naturally you want to look your best. This 16th-century portrait by Bernardino Licinio is no exception. This lady is dressed to impress with a rich, velvety gown, fine jewellery and a complicated-looking hairstyle: 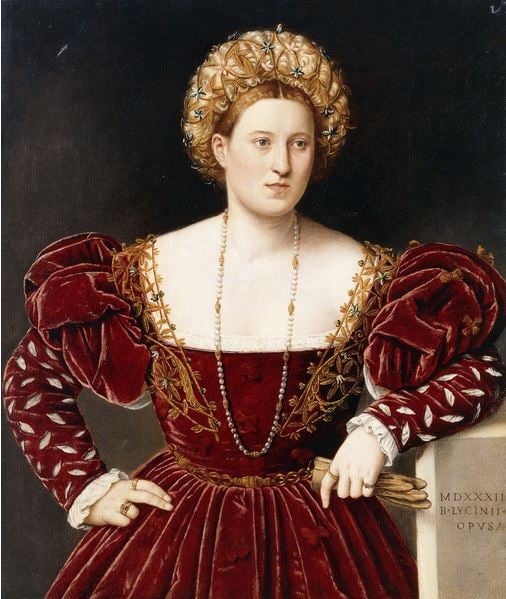 On closer inspection however, her sleeves are in tatters, with small cuts running across her forearms. How could this otherwise polished woman have left her palazzo with a set of ripped sleeves? Did she have a duel, or a lap dog with a nasty streak? We are in fact looking at one of the 16th century’s most popular styles: the slashed sleeve. Small cuts were used to create decorative patterns, and showed bits of a light chemise or contrasting lining poking out. The technique could be applied to different items (including shoes!), was worn by men and women alike and remained popular for over a century. Read on to find out more about this peculiar style. 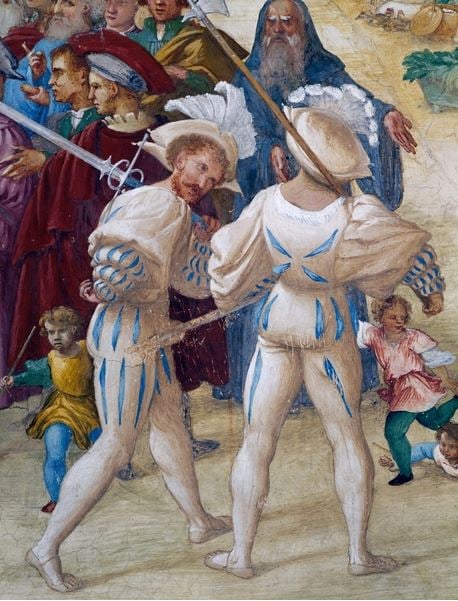 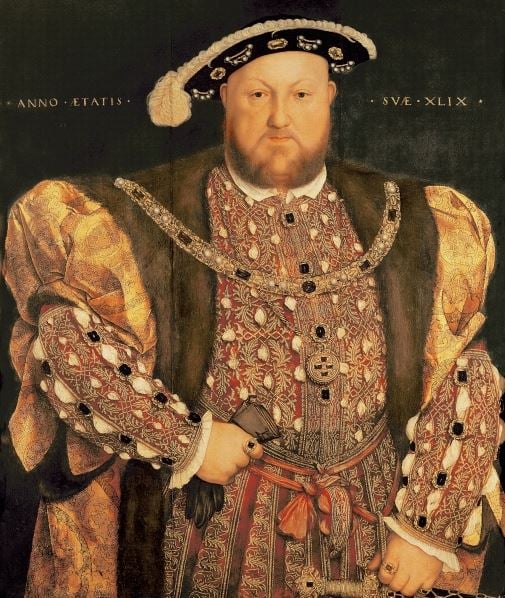 The practice of slashing fabrics has its surprising origins in military history. In 1477 Swiss troops defeated Charles the Bold, the last Duke of Burgundy. After the battle, to hold their tattered costumes together (and perhaps to really assert their victory), the soldiers allegedly raided villages for banners, pieces of tent and other fabrics to thread through the holes in their garments, leaving the colourful fabric exposed through their costume. This detail from Lorenzo Lotto’s Stories of St Barbara shows what such military costumes might have looked like. As Swiss mercenaries fought for foreign armies, this new “trend” quickly spread throughout Europe and became popular with fashionable and courtly audiences. Perhaps unsurprisingly, even Henry VIII was partial to a bit of slashing. 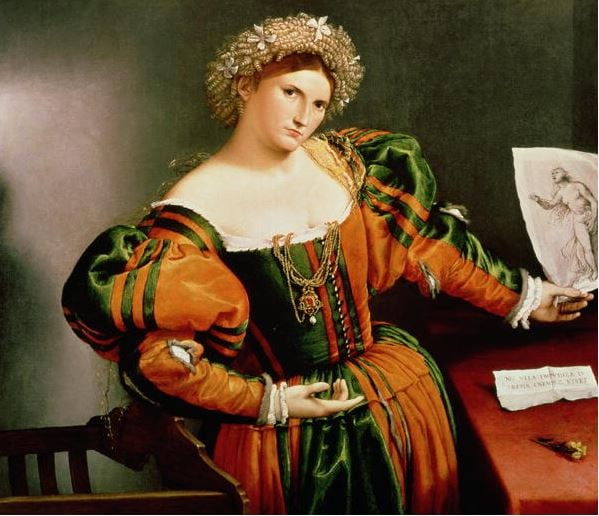 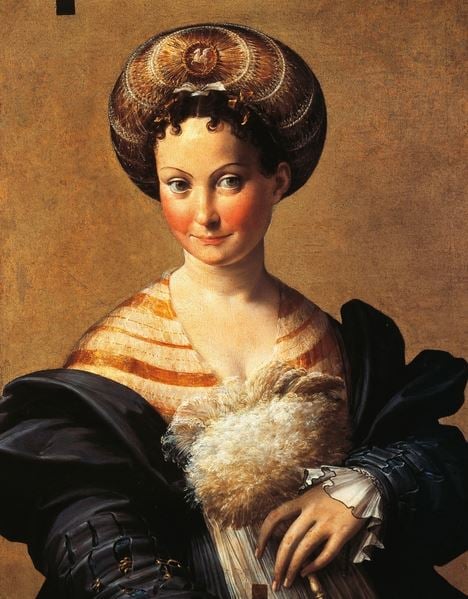 Though not much is known about any wider significance of the cuts, in some paintings they could make more than a fashion statement. Because the practice was relatively exposing it raised a few eyebrows with moral authorities. The sleeves in Lorenzo Lotto’s Lady with a drawing of Lucretia at the National Gallery could point to this, as the painting (with its reference to the Roman Lucretia) makes a comment on women’s loyalty and purity. Finally, in this picture by Parmigianino called The Turkish Slave (suggested to be the poetess Veronica Gambara), a golden chain is exposed by the slashes. The chain has been likened to Lacci d’amore or love knots, giving the painting a secretive, romantic undertone. 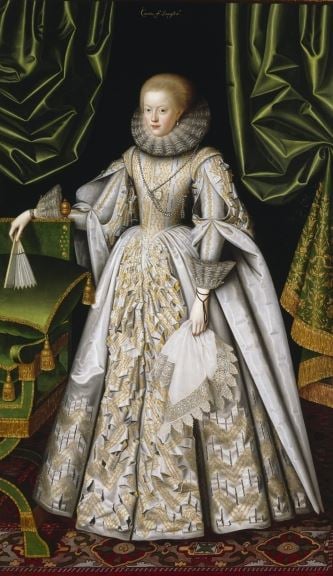 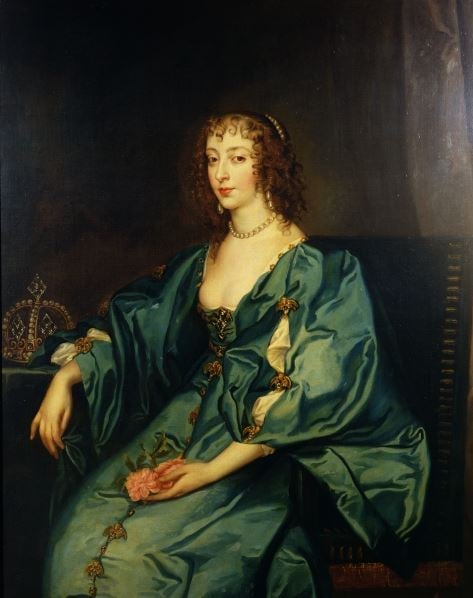 Looking at slightly later pictures, such as these British portraits from the beginning of the 17th century, the cuts seem to be getting bigger. Instead of the intricate patterns composed of many small slashes, the sleeves are now nearly fully open, often tied together with an additional ornament. The sleeves in this portrait of Queen Henrietta Maria after Anthony van Dyck for example make a dramatic statement.

Though these garments are not really in the picture anymore, the practice of ripping fabrics and exposing underlying layers has never disappeared. Shredded clothes became especially popular again in the 1970’s and 80’s with the rise of Punk, especially in the designs of trailblazer Vivienne Westwood. It seems that style really is eternal.

Like what you see? Get in touch with your local Bridgeman office for any image research or licensing queries:

Lavinia Fontana (1552-1614) was an Italian painter of the Mannerist school and one of the most...
Read More

With Father’s Day soon approaching, we took a look at the literary characters that we’ve come to...
Read More