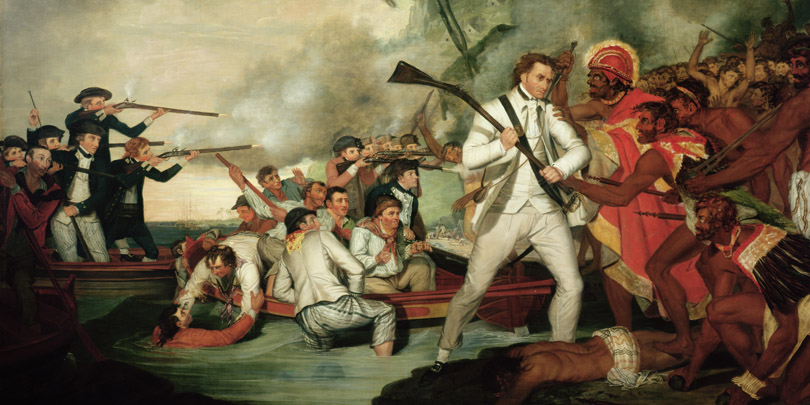 Cruel Fates: One Voyage too Far

Scott was an English naval officer, hired by the Royal Geographical Society before WWI to explore the Antarctic alongside Ernest Shackleton. In the wake of these navigations’ extreme success, Scott dreamed to set off again to the South Pole and garner further distinction for the British Empire. He followed a chilly path blazed by Shackleton in a failed prior expedition, with the knowledge that a team of Norwegian explorers were simultaneously pursuing a mysterious, but similar, polar trek. A day before reaching the pole in 1912, Scott’s team saw the Norwegian flag and knew they had been bested. His papers, found months later with his body, narrated the sad but passionate journey that ended in starvation on the team’s attempted return from the pole to civilization. 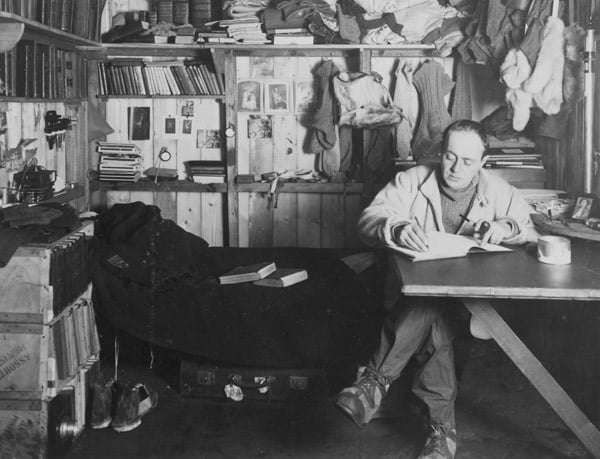 Captain Scott in his den at Winter Quarters, during the “Terra Nova” Expedition (1910-13) to the South Pole, 1911 by Herbert Ponting/ The Stapleton Collection

Bridgeman represents the Scott Polar Research Institute, a long-established centre for research into both polar regions.

A Virginian naturalist, family friend of Thomas Jefferson, and Captain in the U.S. Army, Meriwether Lewis is one of a pair of American icons who continued the map of North America west to the Pacific, this time with the aid and sanction of the native Indian population. The recruitment of a French-Canadian familiar with Native American languages, along with his female companion Sacajawea, was an incredible coup to the voyage. Returning in 1805 to the accolades he shared with his partner, William Clark, Lewis was awarded the title of governor of the Louisiana Territory by President Jefferson. Years later, Lewis excited scandal when he was found dead of gunshot wounds in a Tennessee inn. The mystery remains whether his death was self-inflicted or murder. 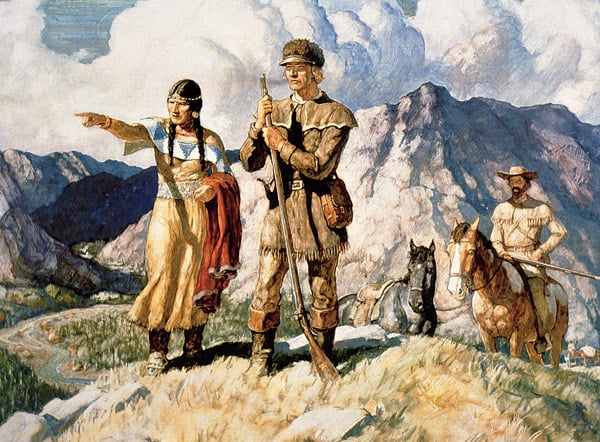 Another officer in the Royal British Navy, Cook made his mark navigating the Southern Hemisphere and being the first to sail around parts of New Zealand and Australia. He traveled with a botanist and an astronomer to observe the transit of Venus in front of the sun at the order of the British government, but unbeknownst to competitors was actually hoping to survey uncharted lands, that would eventually become New South Wales. On his third voyage, Cook discovered the Hawaiian Islands, where he met his doom in a fight with island natives and was stabbed. He is survived by his records, which greatly impacted navigation (even astronomy) from the 18th century and beyond.

The Death of Captain Cook, 1781 (oil on canvas) by George Carter/ National Library of Australia, Canberra

Like other ill-fated navigators, Raleigh’s favor at the royal court swung a tempestuous gamut. His patroness, Elizabeth I, famously adored and punished Raleigh with equal vigor, but was not ultimately his executor. Under her reign, the Oxford man and Parliamentarian would found the American colony at Roanoke, sail in search of the mythic El Dorado, be imprisoned in the Tower of London for imprudent love, and achieve renown as a writer and poet. Raleigh’s death finally came under James I for an attack on the Spanish, ironically the former enemy of Elizabethan England. Arrested several times throughout his career, Raleigh had narrowly escaped the scaffold before—but King James’s efforts toward peace with Spain sealed his fate: the British (anti-) hero was beheaded in 1618. 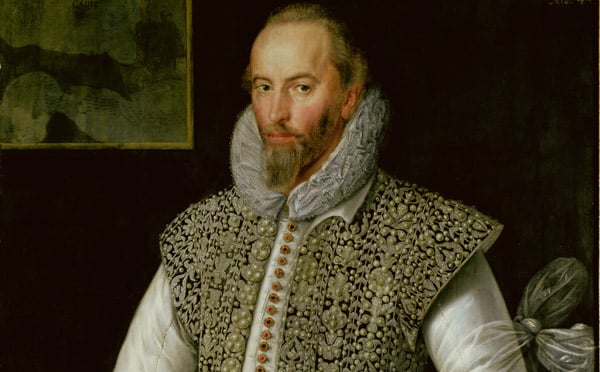 Francisco Pizarro was Balboa’s apprentice, his first mate to Panama. Pizarro in turn oversaw Hernando De Soto in the former’s devastating and most significant accomplishment, his exploration and ultimate domination of Peru. After looting the Inca capital and executing their leader (not without first raising a ransom on his life), Pizarro renamed the capital Lima and established himself in a palace there. Political intrigue and betrayal was what ultimately took Pizarro’s life, as a series of fatal decisions and assassinations led to the killing of Pizarro and his primary friend-turned-rival Almagro, each by the other’s families. 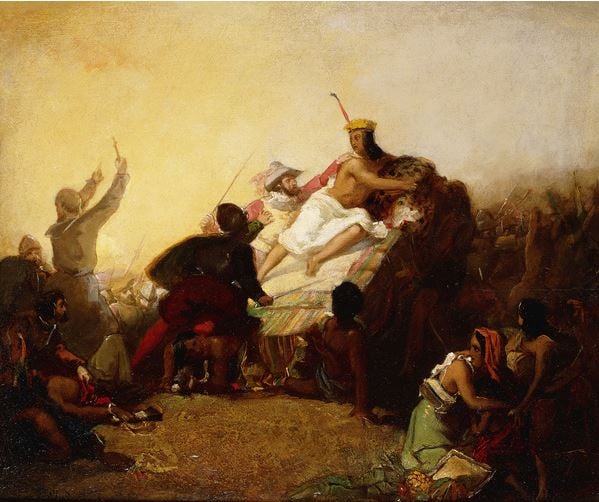 Monarch of the Glen: secured for the nation – bridgeman blog

Earlier this year, The National Galleries of Scotland acquired one of the most famous paintings...
Read More

Scott Kahn  was born in Springfield, Massachusetts in 1946 and currently resides in upstate New...
Read More