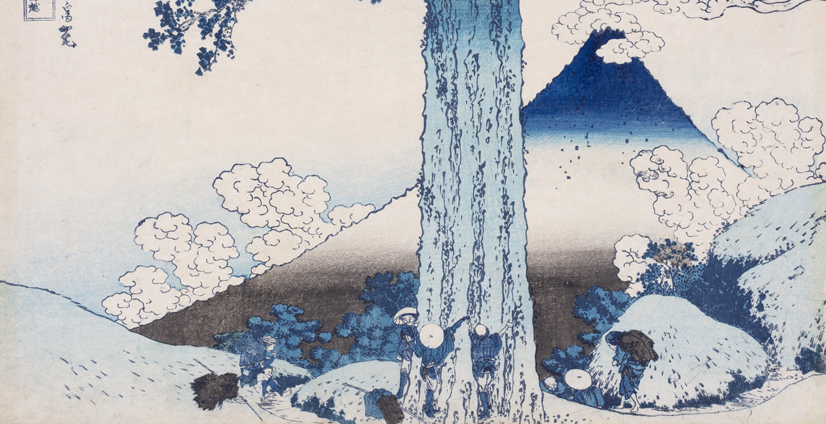 Picasso and Paper
Royal Academy of Arts, London, UK
9 July – 2 August 2020
”We’re reopening on 9 July for Friends and 16 July for the public with a last chance to see ‘Picasso and Paper’ – our major exhibition spanning the artist’s 80-year career and featuring 300 works, including studies for ‘Guernica’ and a 4.8-metre-wide collage.”

Masculinities: Liberation Through Photography
Barbican Art Gallery, London, UK
13 July – 23 August 2020
Through the medium of film and photography, this major exhibition considers how masculinity has been coded, performed, and socially constructed from the 1960s to the present day. Examining depictions of masculinity from behind the lens, the Barbican brings together the work of over 50 international artists, photographers and filmmakers including Laurie Anderson, Sunil Gupta, Rotimi Fani-Kayode, Isaac Julien and Catherine Opie.
In the wake of #MeToo the image of masculinity has come into sharper focus, with ideas of toxic and fragile masculinity permeating today’s society. This exhibition charts the often complex and sometimes contradictory representations of masculinities, and how they have developed and evolved over time.

Radical Figures
Whitechapel Gallery, London, UK
July 14 – August 30 2020
Since painting was pronounced dead in the 1980s, a new generation of artists has been revitalising the expressive potential of figuration. Charging their vibrant canvases with a social and political undertow, they echo the words of Philip Guston: ‘I got sick and tired of all that Purity. I wanted to tell stories’.
Artists featured include Daniel Richter (b. 1962, Germany), Michael Armitage (b. 1984, Kenya), Cecily Brown (b. 1969, UK), Nicole Eisenman (b. 1965, France), Dana Schutz (b. 1976, USA), Tala Madani (b. 1981, Iran), Sanya Kantarovsky (b. 1982, Russia) and Ryan Mosley. Exuberant and explicit, each artist revels in the expressive potential of paint.

Fuji, Land of Snow
The Guimet Museum, Paris, France
15 Jul – 28 Sep 2020
Inspired by many artists, Mount Fuji dominates the landscape of the Japanese archipelago. This figure provokes the first transcriptions of atmospheric variations by Hokusai, almost half a century before the light effects of Monet and Sisley. Pure triangle, Fuji is a strong element in Japanese print and young photography. Eternal on all sides, the snow challenges artists to use paper left in reserve to transcribe the suffocation of nature and its noises, as will also do, decades later, the impressionists inspired by “the country of snow “.

Cezanne: The Rock and Quarry Paintings
Royal Academy of Arts, The Gabrielle Jungels-Winkler Galleries, London, UK
12 Jul – 18 Oct 2020
In July 2020, the Royal Academy of Arts will present a selective exhibition of Cézanne’s rock and quarry paintings, the first devoted exclusively to this subject. Cézanne was fascinated with geology and throughout his career sought sites characterised by rocky terrain: the Forest of Fontainebleau forty miles to the southeast of Paris; the cliffs at the bay of L’Estaque west of Marseilles; and in his native Aix-en-Provence, the rock-strewn grounds of the nearby Chateau Noir and the abandoned Bibémus quarry.

Anish Kapoor
Houghton Hall, Norfolk, UK
12 July – 1 November
Seminal works by the celebrated British sculptor Anish Kapoor will go on show across the grounds and historic interiors of Houghton Hall in Norfolk for the exhibition Anish Kapoor at Houghton Hall (12 July – 1 November 2020). Bridgeman Images represents the collection of the Marquess of Cholmondeley who own Houghton Hall. The exhibition was originally due to open in March 2020 but had to be postponed due to the Covid-19 pandemic. A number of measures, including pre-booked tickets, will be put in place following government guidelines to allow visitors to experience the works at Houghton Hall.
The exhibition will feature 24 sculptures as well as a selection of drawings and smaller works representative of Kapoor’s ground-breaking body of work created over the past 40 years. Presented together, this series of works will challenge the classical architecture of the house and the idyllic beauty of the grounds, whilst being in continuous dialogue and engagement with Houghton’s history.

Barnett Freedman: Designs for Modern Britain
Pallant House Gallery, Chichester, W. Sussex, UK
5 August – 1 November 2020
A peer of Eric Ravilious and Edward Burra, Barnett Freedman was one of Britain’s most sought-after commercial designers in the mid-20th century.
People were at the heart of Freedman’s work. In mid-century Britain, his art could be seen by anyone in their everyday life: from book jackets to posters on the London Underground and beer advertisements in pubs. An outstanding and prolific commercial designer, Freedman worked with clients such as Ealing Studios, London Transport, Lyons’ Tea Houses and more.

Andy Warhol
Tate Modern, London UK
27 July – 15 November 2020
Andy Warhol was the son of immigrants who became an American icon. A shy gay man who became the hub of New York’s social scene. An artist who embraced consumerism, celebrity and the counter culture – and changed modern art in the process.
He was born in 1928 as Andrew Warhola to working-class parents from present day Slovakia. In 1949 he moved from Pittsburgh to New York. Initially working as a commercial illustrator, his skill at transforming the imagery of American culture soon found its realisation in his ground-breaking pop art. This major retrospective is the first Warhol exhibition at Tate Modern for almost 20 years.

Tokyo: Art & Photography
Ashmolean Museum, Oxford, UK
16 Jul- 22 Nov 2020
This major exhibition, opening in summer 2020, will explore Japan’s capital city through the varied and vibrant arts it has generated over 400 years, from its beginnings as the headquarters of the Tokugawa shoguns in the early 1600s to the sprawling modern metropolis and dynamic centre of art, photography and design it is today.

In Her View: Contemporary Women Photographers
Minneapolis Institute of Art, Minnesota, USA
4 Jul – 13 Dec 2020
“In Her View” places contemporary photographs by Deana Lawson, An-My Le, and Mickalene Thomas at the heart of a critical investigation of Mia’s collection of U.S. photography.

Titian: Love, Desire, Death
National Gallery, London, UK
8 July – 17 January 2021
Titian’s sensuous interpretation of Classical myths of love, temptation, and punishment. In 1551, Prince Philip of Spain, the future King Philip II, commissioned Titian, the most famous painter in Europe, to produce a group of paintings showing Classical myths primarily taken from the Roman poet Ovid’s ‘Metamorphoses’.
The exhibition reunites all six paintings in the series, from Boston, Madrid, and London, for the first time in over four centuries. Included are ‘Diana and Actaeon’ and ‘Diana and Callisto’; works jointly owned with the National Galleries of Scotland.

Spring is in the air and it brings with it these wonderful exhibitions: Picasso 1932: Love, Fame,...
Read More

As we enter another month of self isolation during the ongoing pandemic, many of our artists are...
Read More

We’re at the end of 2019, but it’s not too late to catch the remainder of this year’s hottest and...
Read More