A History of Sea Vessels

The History of Sea Vessels

Throughout history, sea vessels have played a major role in the development of the human race. Today, maritime transportation is the backbone of global trade and the global economy, but for a long time has it been a fulcrum around which nations have thrived. From Ancient Egyptian papyrus boats to the mammoth ships of today, this is a brief history of sea vessels.

The earliest known remnants of a sea-faring vessel ever recorded were discovered on an archaeological site called H3 in Kuwait. They are thought to be roughly 7000 years old. The boat was constructed using reeds, which were also utilised by the Ancient Egyptians, whose papyrus skiffs are a better-known example of mankind’s earliest sea-faring vessels. The Egyptians bound the reeds tightly together and pulled the skiff along using oars. This was the prime method of transport via the Nile until around 3000 BC, when papyrus was replaced by wooden planks, and the oars were replaced by a sail. All manners of things were transported by these boats, including building blocks, coffins, and food. Miraculously, a number of these wooden ships still survive today. Perhaps the most significant is the Khufu ship, which was buried alongside the Great Pyramid of Pharaoh Khufu, more commonly known as the Great Pyramid of Giza, around 4600 years ago. It is a solar barque, or solar boat, that may have been part of the pharaoh’s fleet during his lifetime. Egyptologists have also speculated that the ship could have been designed especially to be buried next to Khufu’s grave to carry him through the skies into the afterlife. The ship, discovered in 1954, was transported to the Grand Egyptian Museum in Cairo in August 2021 to ensure its preservation. 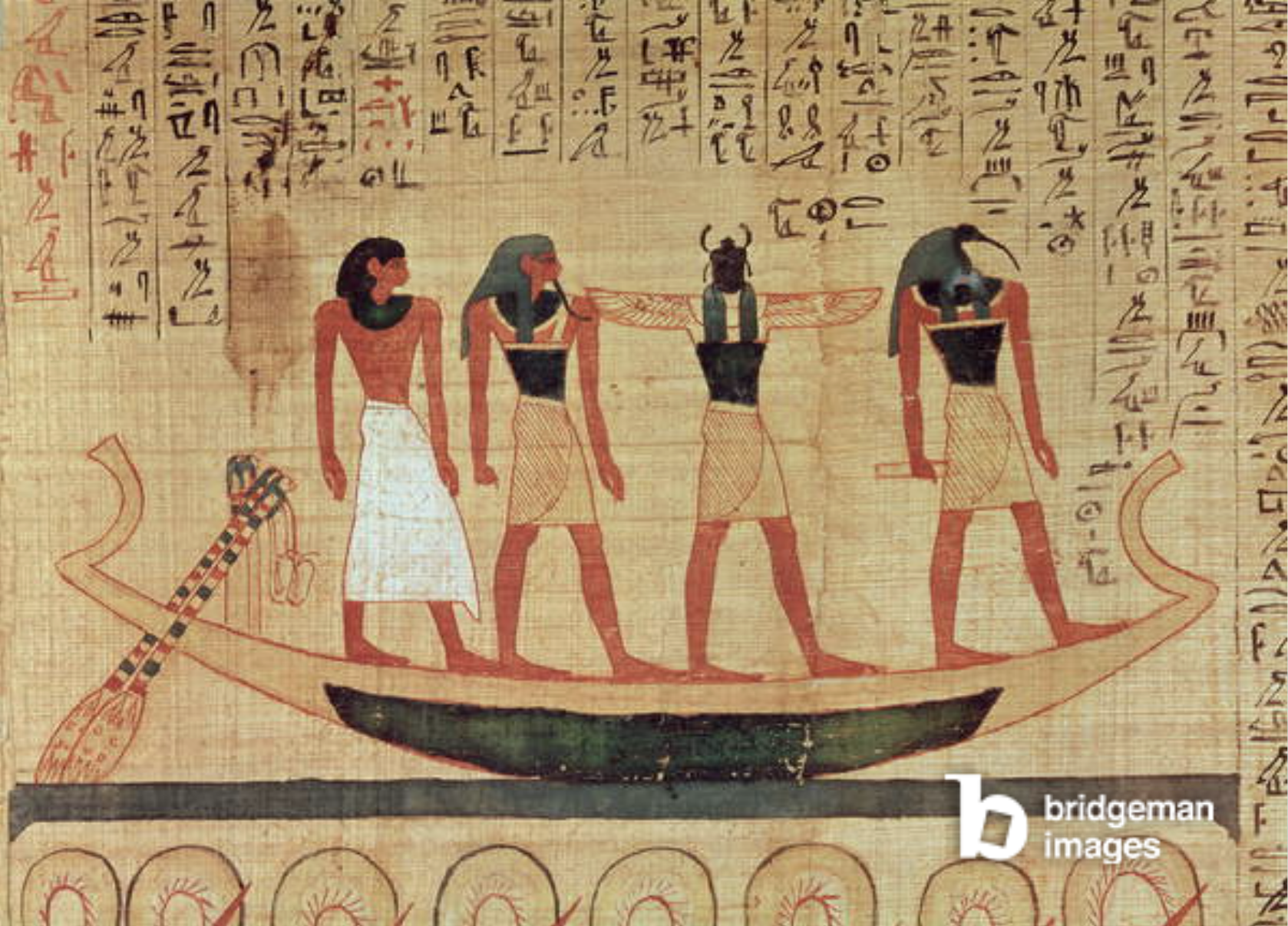 The ancient Mediterranean was dominated by a formidable galley called the trireme. Translating literally to “three-rower”, the trireme was used by the Phoenicians, the Greeks, the Romans, and was so-called because of its three rows of oarsmen who pulled to the beat of a drum. It is thought that the trireme could reach speeds of over 7 knots, making it the fastest and deadliest ship of the ancient world. It was fronted with a bronze ram that could penetrate the hull of an enemy ship. Athens’ maritime dominance is credited to the civilisation’s unmatched fleet of triremes.

Most scholars credit the Phoenicians with inventing the trireme, and according to the writings of Thucydides, the Corinthians were the first on the Greek mainland to adopt the trireme c.700 BC. As well as several other wars, the ship played a significant role in the Peloponnesian War (431-404 BC) between the Delian League, led by the Athenians, and the Peloponnesian League, led by the Spartans. 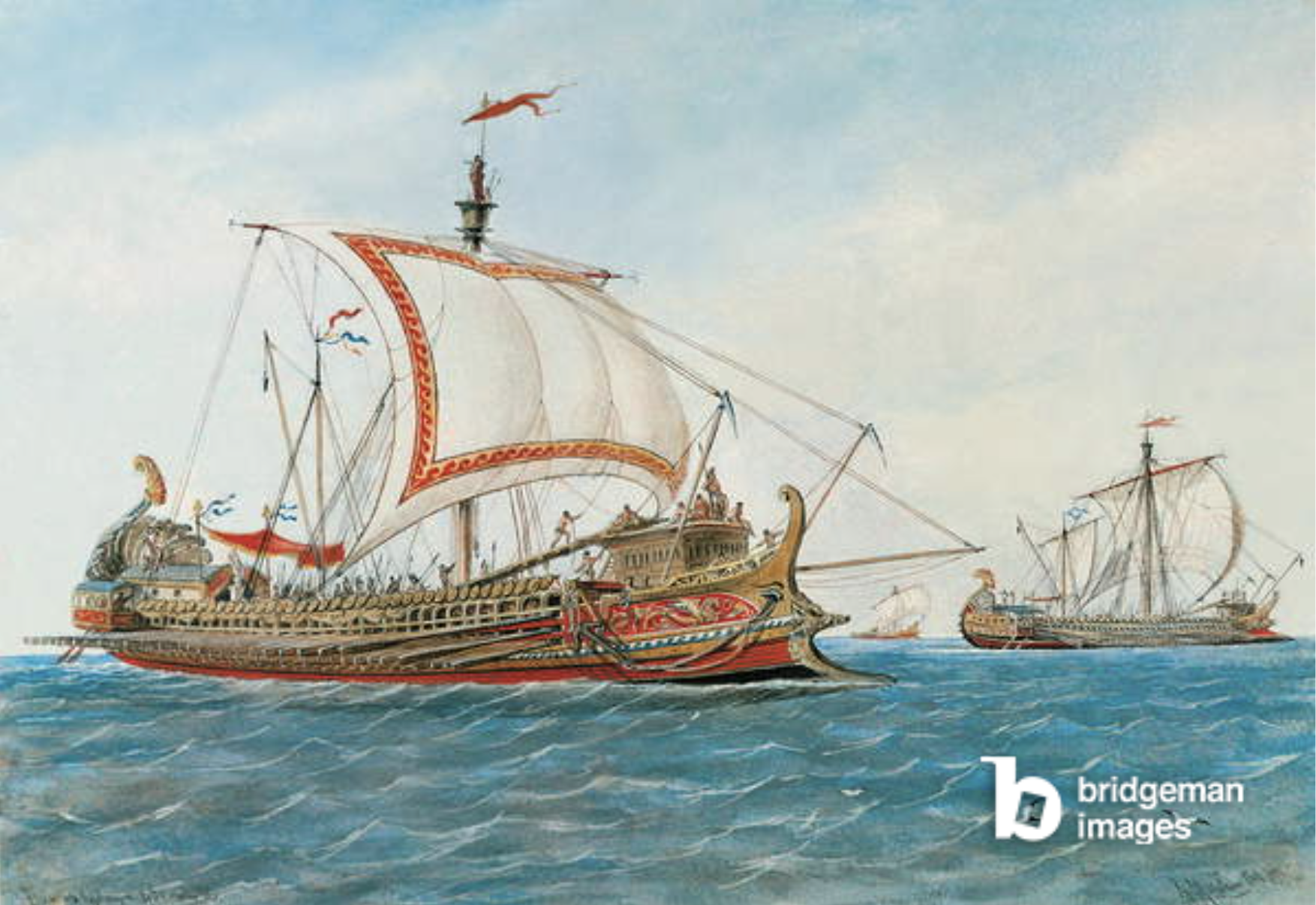 How did the Vikings, a people with no centralised government, no coinage, and small settlements, fiercely conquer much of England, Ireland, and Scotland, whilst taking charge of European trade routes and basing posts as far as North America? The Viking longship! It was indeed a force to be reckoned with. The Viking ships depended on the outer shell of wood instead of internal beams, which made them light, versatile, and very fast, without losing much strength. This meant that the ships also required less resources to build, which was an important factor when bearing in mind the decentralised nature of Viking culture. Prior to the fall of Rome in the 5th century AD, the Vikings saw no need for expensive sails. As trade opportunities arose, however, with the enemy from the South weakened, the Vikings began to prosper, and they added sails to their already formidable ships in around 800 AD. The Viking longship as we know it today was born. It had a shallow draft, meaning that very little of the hull was underwater, making it fast and very dangerous, especially in shallow waters. Being able to carry as many as 100 Viking soldiers, great fleets of longships could land on open beaches or penetrate deep into river systems. The inhospitable Scandinavian terrain forced the Vikings to travel on the waters, which in turn led to them producing one of history’s most fearsome ships. Unsurprisingly, William the Conqueror’s 1066 flagship Mora, the largest and fastest of his 700-ship-strong invasion fleet, was of the Scandinavian longship design. 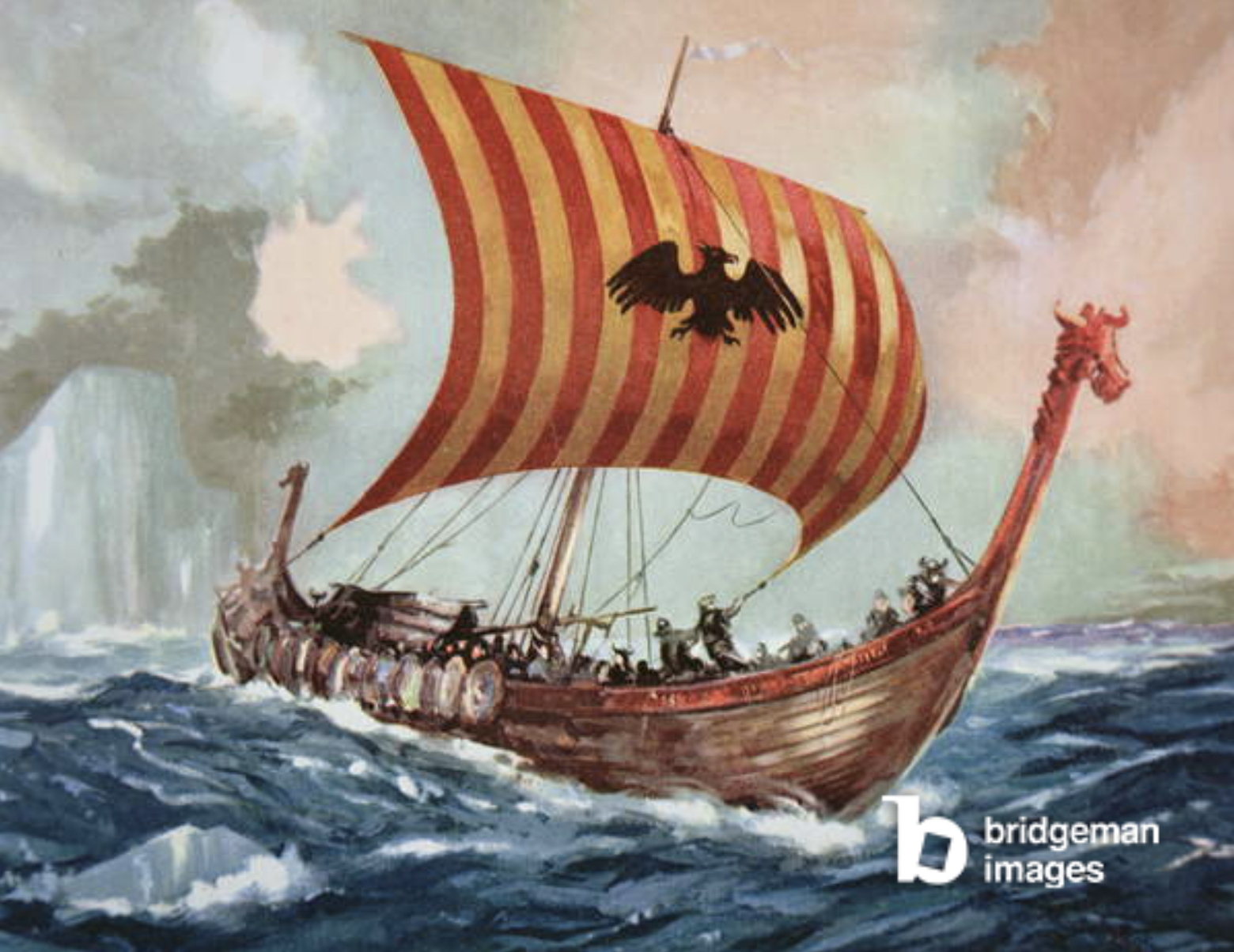 The Chinese Junk is first believed to have appeared during the Han Dynasty (206-220 AD). It is characterised by its narrow shape and distinctive ‘battened’ sail, which incorporated bamboo spines to ensure both stability and durability. If the sail were to rip, only one section would be compromised thanks to the bamboo. Over time, the Chinese added more masts and enlarged the ship. The junks of the Song Dynasty (950-1276) had four masts, but it was in the Ming Dynasty (1368-1644), when these ships evolved into spectacular nine-masted ‘treasure’ ships.

The legendary seafaring explorer, mariner, and diplomat, Admiral Zheng He (1371-1433), led a fleet of the world’s largest ships on seven exploratory voyages around the Indian Ocean. The objective of these voyages, so it is thought, was to obtain recognition and gifts from foreign rulers. The Admiral’s nine-masted flagship is said to have measured about 400 ft long. For reference, it would have dwarfed Christopher Columbus’ Santa Maria, which measured 85ft. Zheng He’s fleet included 62 of these colossal vessels, in addition to 200 varying smaller vessels. Understandably, historians were sceptical about the size of these ships until 1962, when workers on the Yangtze River found a buried wooden timber next to a huge rudder. The size of which correctly corresponded with a ship that would have been 540-600 ft in length. The wood dated to around 600 years ago and may well have been from one of Zheng He’s ships. 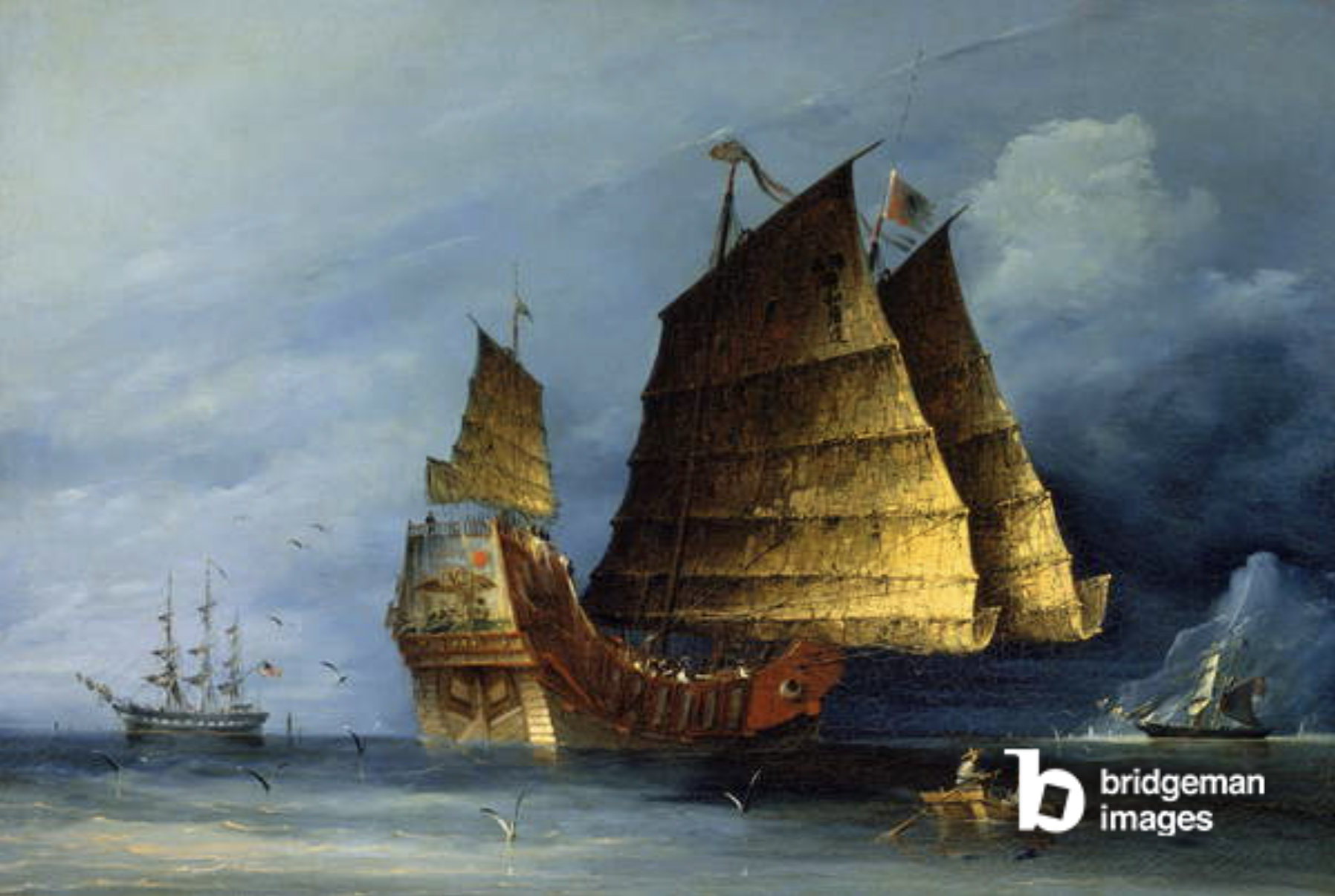 On August 3rd, 1492, Christopher Columbus set sail heading westward from the port of Palos in Spain. Alongside la Santa Gallega (the Santa Maria), Columbus’ larger flagship, sailed two smaller ships called the Nińa and the Pinta. The smaller ships are called caravels, which were cutting edge in the 15th century due their manoeuvrability and speed. These early Portuguese caravels, known the caravela Latina, had lateen sails, which hung at a 45-degree angle from the deck and acted almost like wings. The Santa Maria used a Spanish update known as the caravela redonda, a three-masted ship that used two square shaped sails for open-ocean sailing, and one lateen sail for coastal manoeuvrability. This combination of rigging was what made these ships so versatile and effective. After 36 days, Columbus landed in the present-day Bahamas after what would have certainly been a long and unpleasant journey. 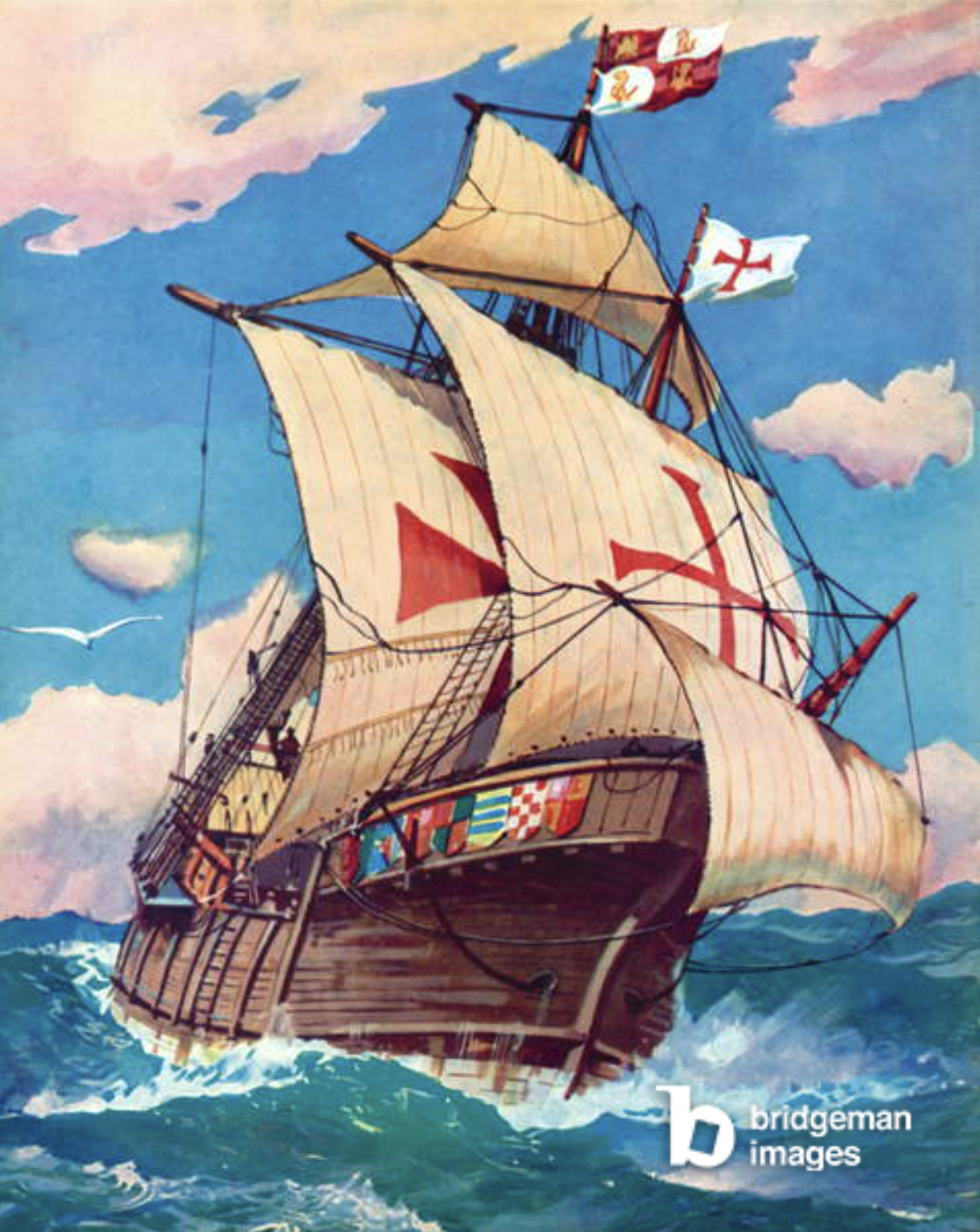 The HMS Victory is primarily known for being Lord Horatio Nelson’s flagship during the Battle of Trafalgar on 21st October 1805. Having been launched in 1765, the 104-gun, full-rigged ship remained in service until 1824. Many of the world’s finest ships were involved in the Battle of Trafalgar, including the world’s then-largest ship, the Santísima Trinidad, a Spanish first-rate of the line ship that housed over 1000 men and 112 guns. The Trinidad was roughly double the length of the Columbus’ Santa Maria, and had 112 more guns… 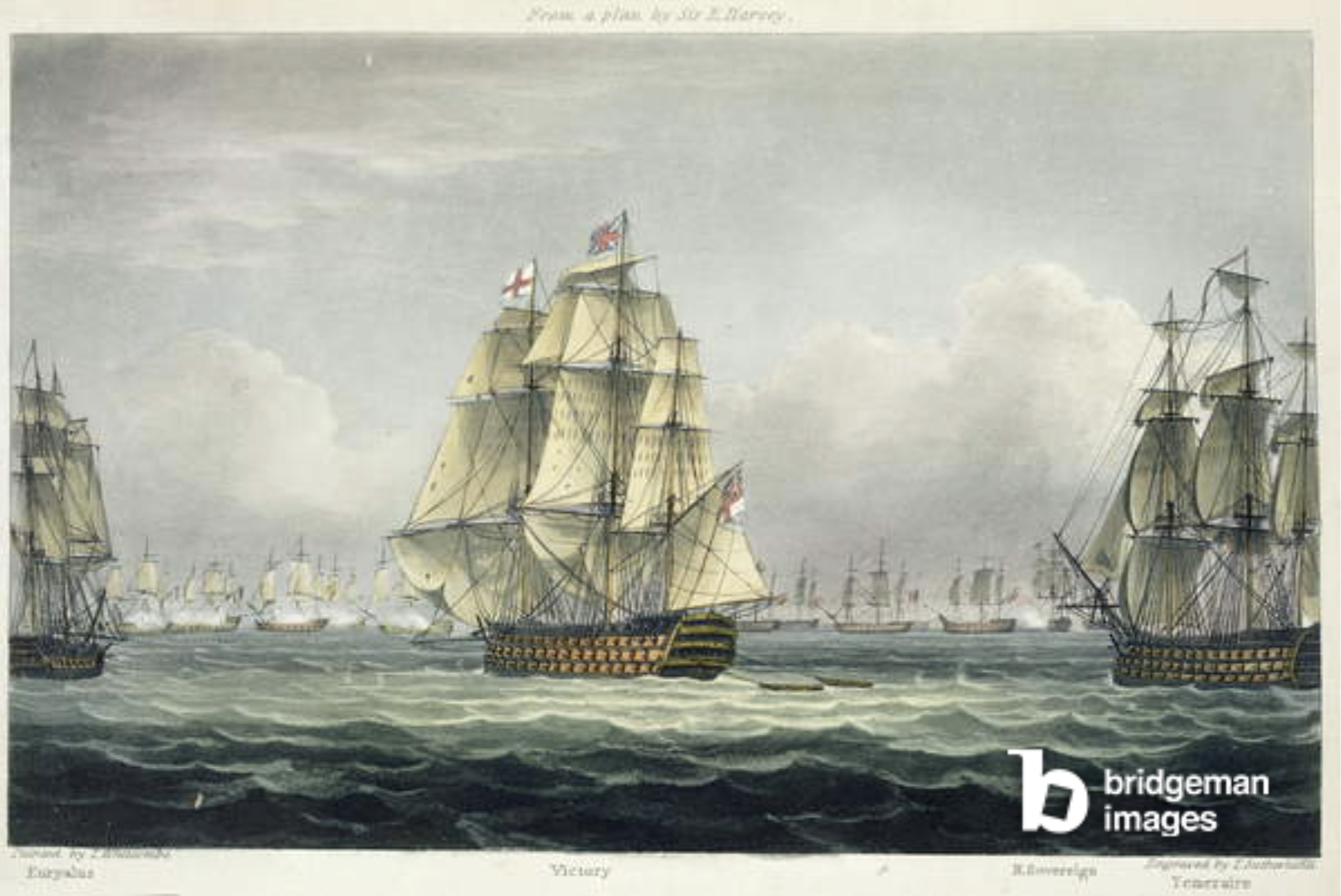 The next ships to revolutionise global trade and travel at unprecedented speeds were clipper ships. The American clipper ship is defined by its three-masts and full-rigging, a beautiful design that favours speed over capacity. From the 1840s, these ships transported tea from Canton in China to New York and later, Hong Kong. Tea was an ideal commodity for the clipper due its light weight and high value. The owners of these ships, therefore, became some of the United States’ wealthiest men. 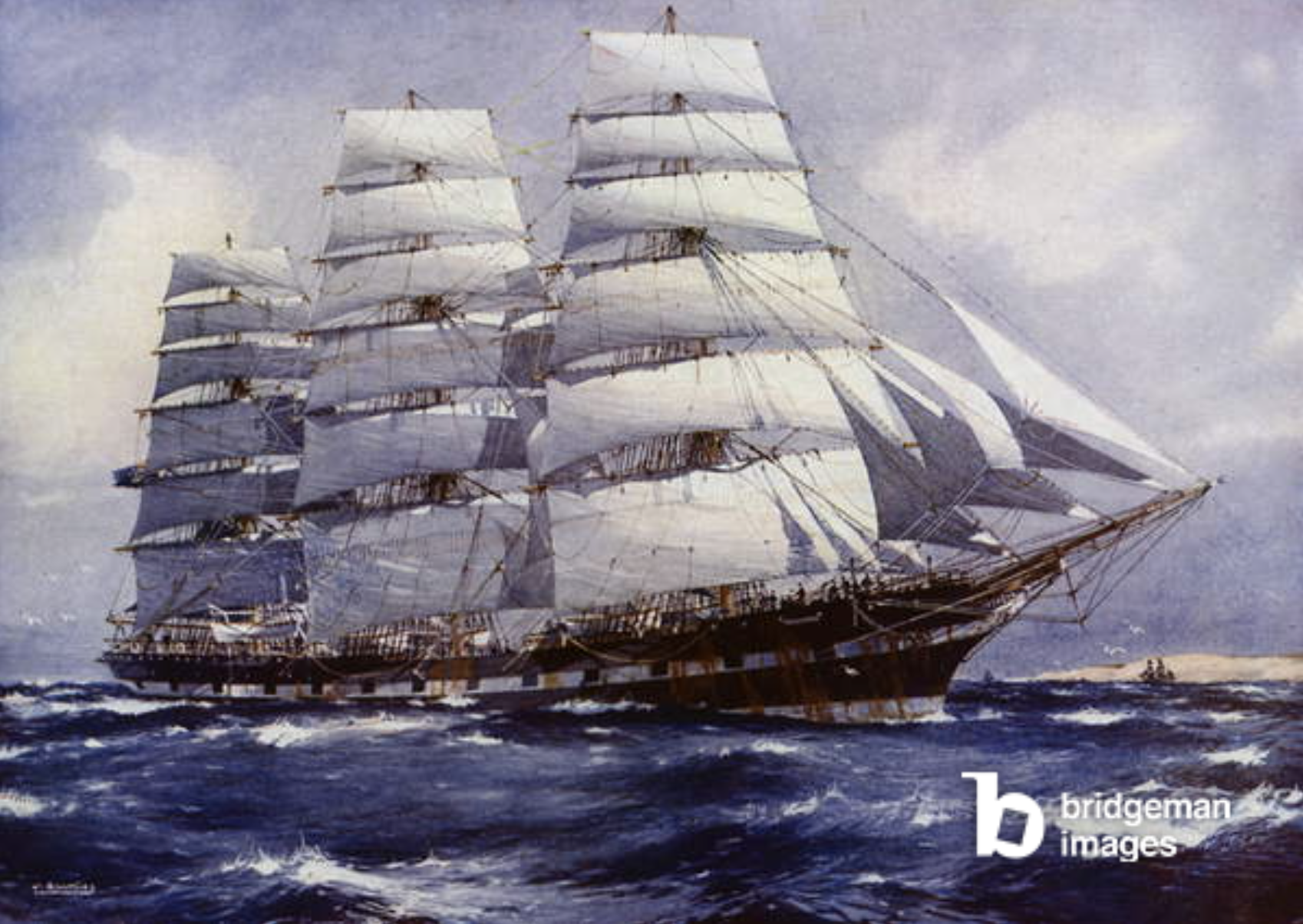 The earliest prototype for a submarine was created in 1578, and there have since been plenty of fascinating attempts at designing a successful underwater vessel. In 1620, Dutch polymath Cornelius Drebbel invented a modified rowboat that was coated in greased leather for King James I. Much to the astonishment of the spectators, there were demonstrations of its capabilities in the River Thames.

Subsequently, in 1775, during the American Revolution, Yale graduate David Bushnell invented a manually operated wooden one-man submarine called the ‘Turtle’. Several missions were launched in which the colonist operator tried and failed to attach a time bomb to the hull of an enemy ship. 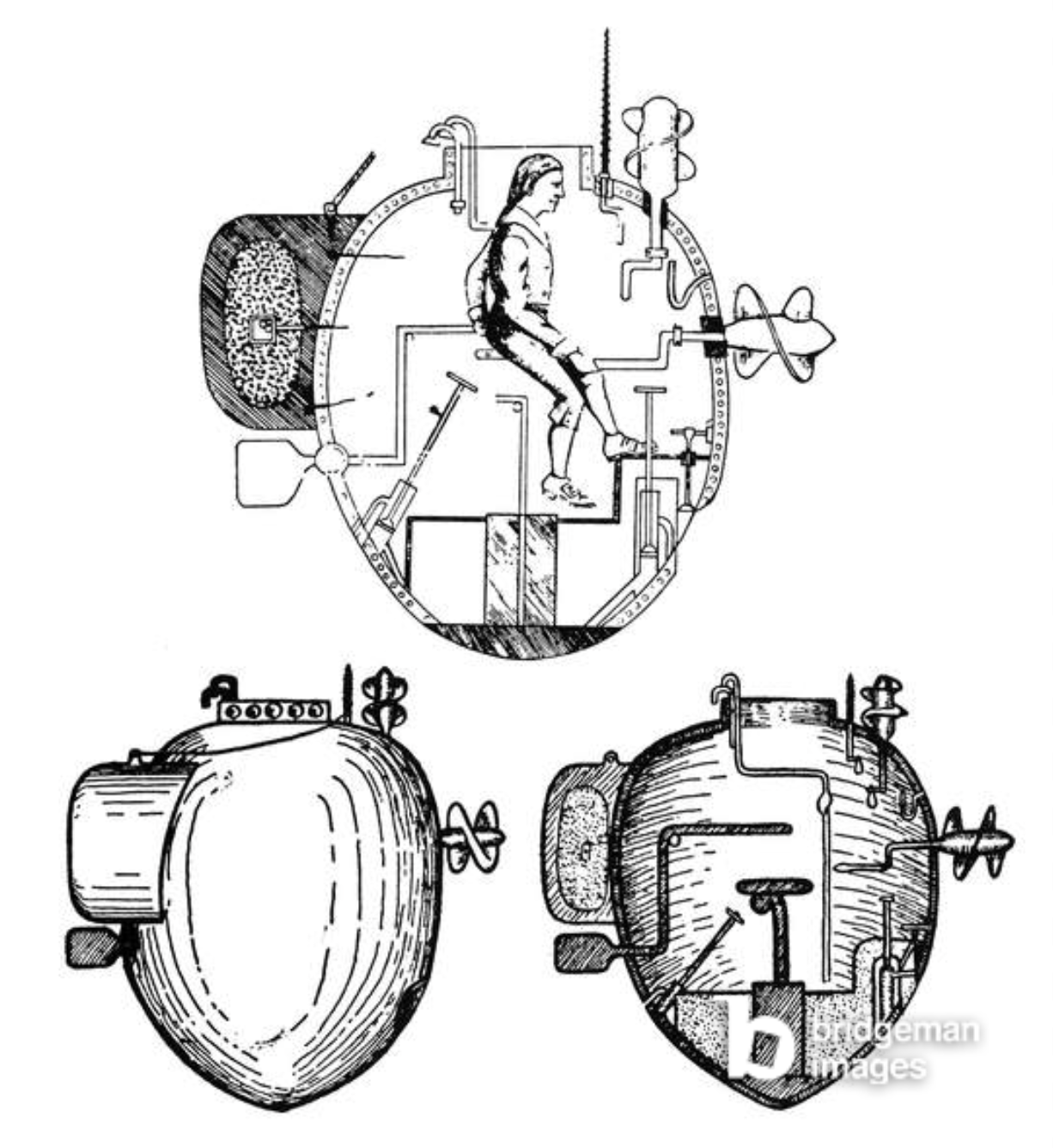 In 1800, American inventor Robert Fulton designed an all-metal craft that is often described as the first modern submarine. The ‘Nautilus’ housed several innovative features, but neither the French nor the English navies were interested.

Several subsequent different submarines were designed during the 19th century, but it wasn’t until 1898 that the US Navy formally commissioned their first submarine. The USS Holland had a single torpedo tube and a “dynamite gun”, a form of pneumatic cannon. The submarine, powered by single 160-horsepower electric motor, never actually engaged in combat but served as a useful training vessel.

The tragedy of the RMS Titanic is one of most infamous maritime stories in recent history. The luxurious British passenger liner embarked on her maiden voyage from Southampton to New York City with 2,240 people on board. The Titanic had broken numerous records and was lauded as being ‘unsinkable’ before its departure. During construction, the hull of the ship was the largest movable manmade object in the world. Due to several failings, however, in the early hours of April 15, 1912, the 882-foot steamship crashed into an iceberg off the coast of Newfoundland in the North Atlantic. 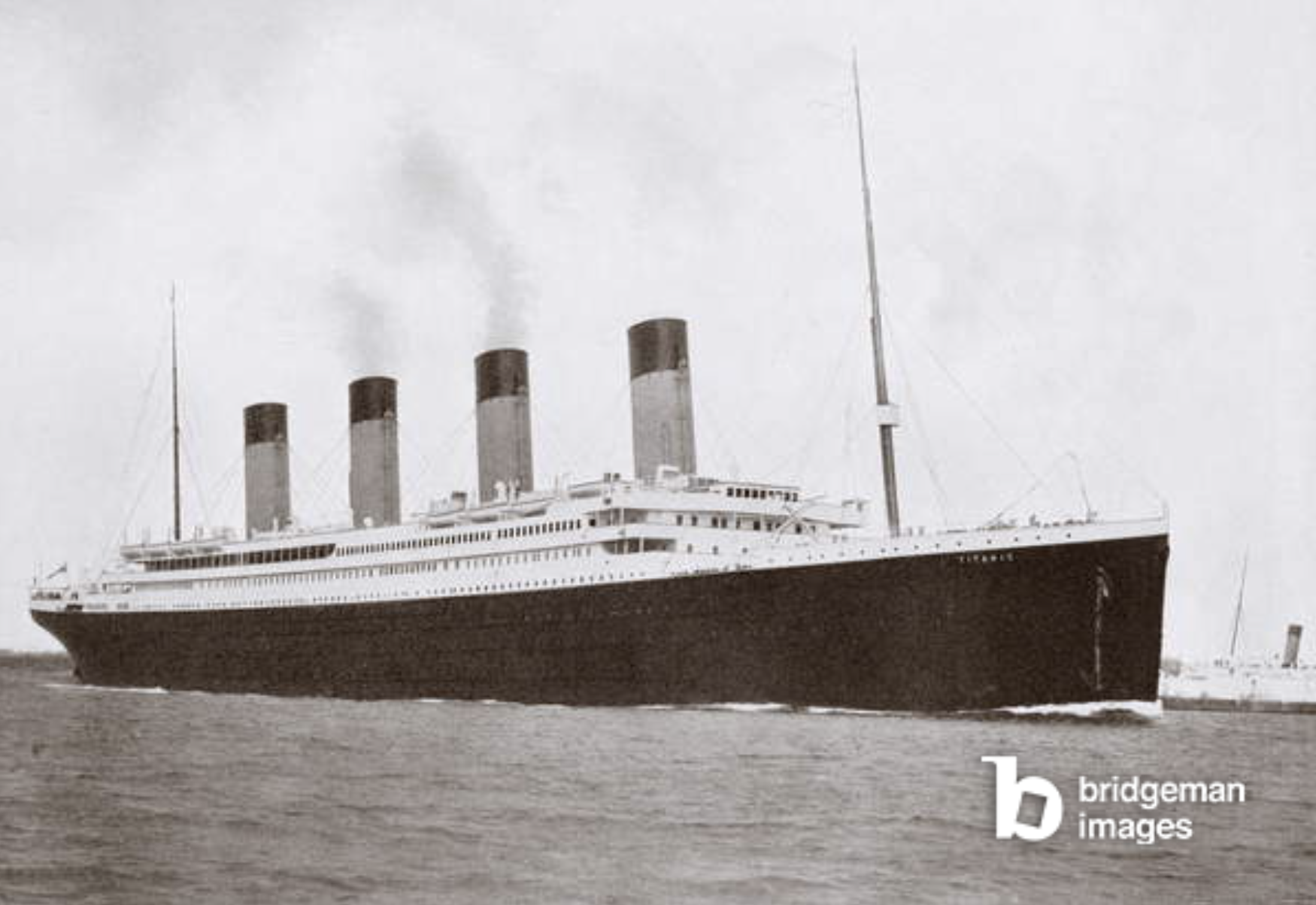 The SS Ideal X was the first commercially successful container ship. A former WWII T-2 oil tanker, the Ideal X was purchased by Malcolm McLean’s Pan-Atlantic Steamship Company and became the pioneering ship of containerisation. The visionary businessman realised that time and manpower were being wasted on loading cargo on and off ships when instead it would make much more sense to lift on the whole trailer of the truck. This novel idea was the beginning of globalisation. 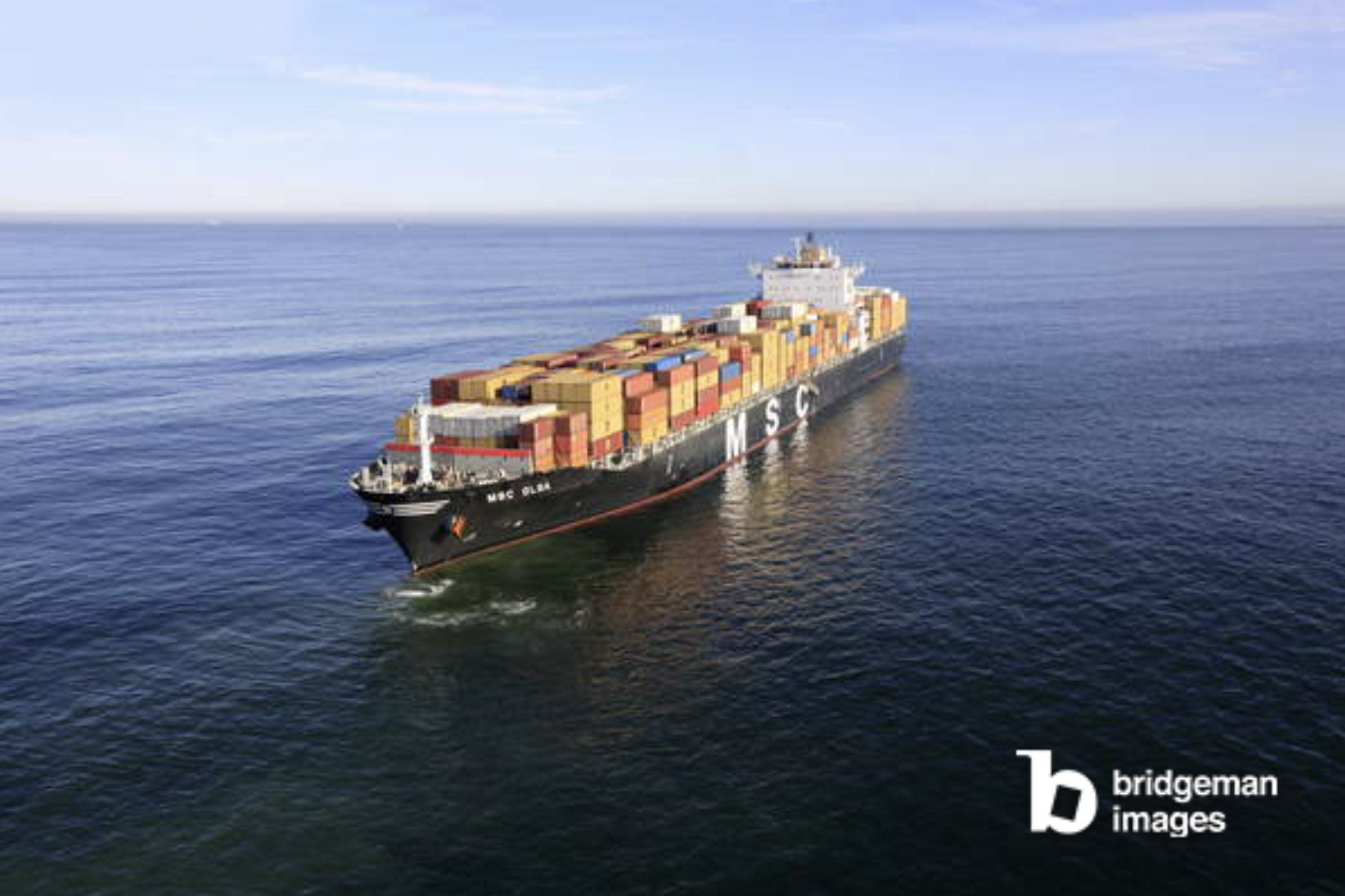 Today, records continue to be broken. To name a few, the world record for the fastest boat in the world is held by the jet-powered hydroplane ‘Spirit of Australia’. It reached a mind-blowing estimated speed of 344.8 mph. The heaviest ship in the world is the ‘Pioneering Spirit’, which displaces nearly 900,000 tonnes of water, or the equivalent of 300,000 elephants. Finally, topping the list of the world’s most expensive superyachts is ‘History Supreme’, which would cost you an eye-watering $4.8 billion. The 100-foot-long superyacht is made from 10,000 kilograms of solid gold and platinum and has several ridiculous features; a genuine Tyrannosaurus Rex skeleton, a wall made from meteorites, and a 24-carat gold panoramic wall aquarium. A tad extravagant! It’s fair to say that sea vessels have come a long way since papyrus skiffs, and at the rate technology is advancing, it’ll be fascinating to see what comes next.

Whether you’re working on a textbook, academic project or e-learning application, Bridgeman is a...
Read More

Did you know that Botticelli’s ethereal faces were said to be of one woman, the beautiful...
Read More

“Colors this season transport us to a happier, sunnier place where we feel free to express a...
Read More