1. The Football Association (FA) was formed on 26 October 1863. While it’s highly debatable whether football was invented in Britain (or China, or Greece, or…) it is this sporting body which developed modern football as we know it. 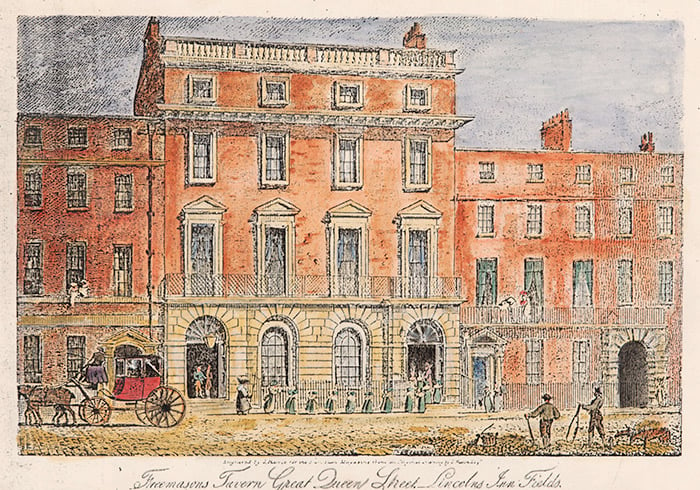 2. 1885 saw the first professional footballers – previously, players were not paid a wage. 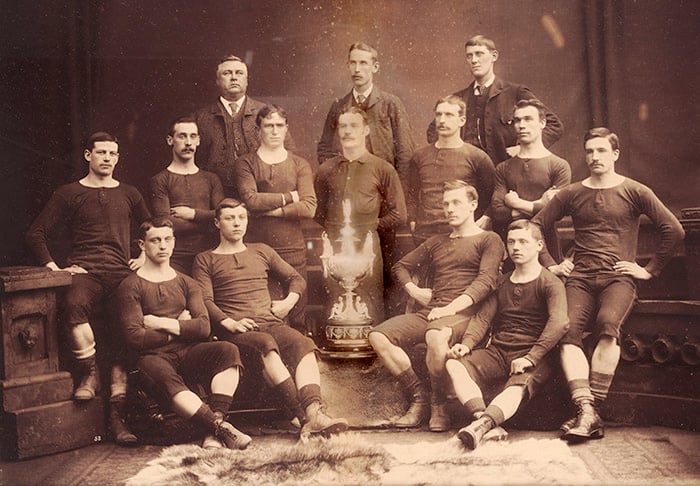 3. In 1904, England becomes one of the founding members of Fédération Internationale de Football Association (FIFA), formed in Paris on 21st May.

4. By the early 20th century, footballers were fast becoming celebrities and household names. Here are cigarette cards from the National Football Museum of the nation’s favourites.

5. 25th December 1914 saw the famous ‘Christmas Truce‘, where Germans and Britons on either sides of the trenches put their differences aside over games of football.

6. The first match to air on television was filmed by the BBC on 16 September 1937, televising a friendly between Arsenal and Arsenal Reserves at Highbury. 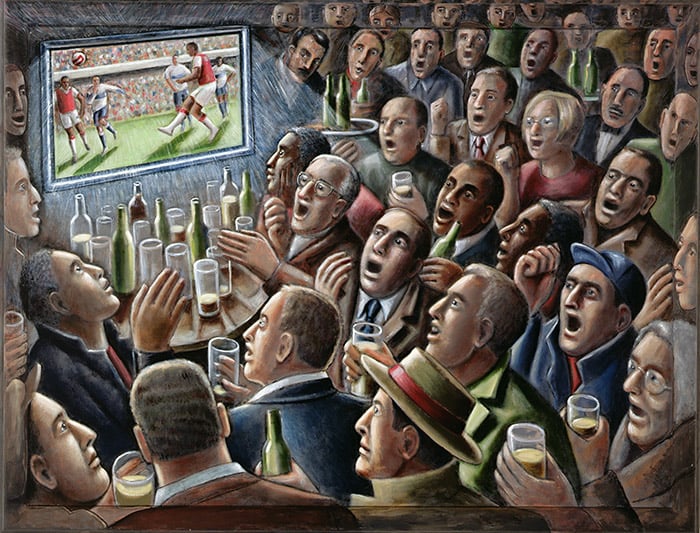 The Adoration, 2006 (acrylic on canvas) by PJ Crook

7. 1951 saw the first recorded use of a white football – previously balls were brown.

8. England celebrated their first and only World Cup victory on 30 July 1966 at Wembley Stadium, beating West Germany 4-2. Geoff Hurst, the winning striker, remains the only man to have scored a hat trick in a World Cup game.

9. The Women’s Football Association (WFA) was formed in 1969 with 44 clubs – previously, women in football were immensely popular to watch but, conversely, openly mocked.

10. The National Football Museum was founded in 2001. Now housed in Manchester, it attracts 350,000 visitors a year. It holds one of the world’s finest collections of football memorabilia, including artwork, photographs and collectables. 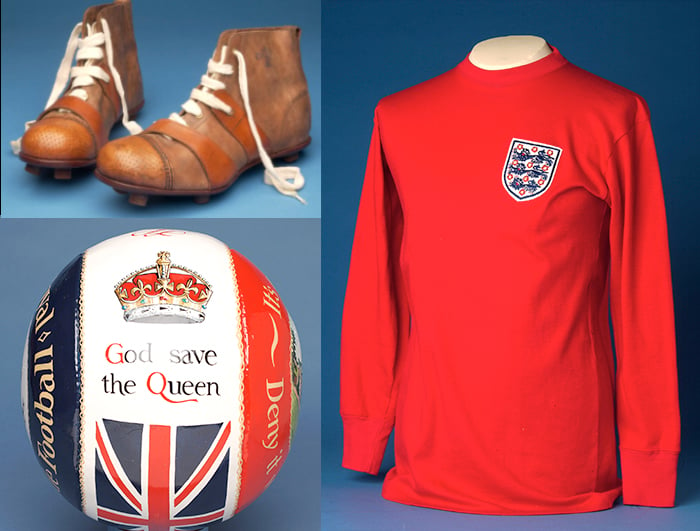 The National Football Museum in Manchester holds the world’s finest collection of football artifacts and archives, including the official FIFA Collection.

Bridgeman’s Sporting collections – From C18th engravings of bare-knuckle boxing to memorabilia of the ‘beautiful game,’ Bridgeman is a rich resource for Britain’s sporting heritage

An American’s guide to the UEFA European Championship – bridgeman blog

Soccer, football, kicking a round leather thing down a field and preferably into a net…whatever...
Read More

“Football is football and talent is talent. But the mindset of your team makes all the difference.
Read More

Dive into the history of England’s football glory with the National Football Museum’s collection...
Read More